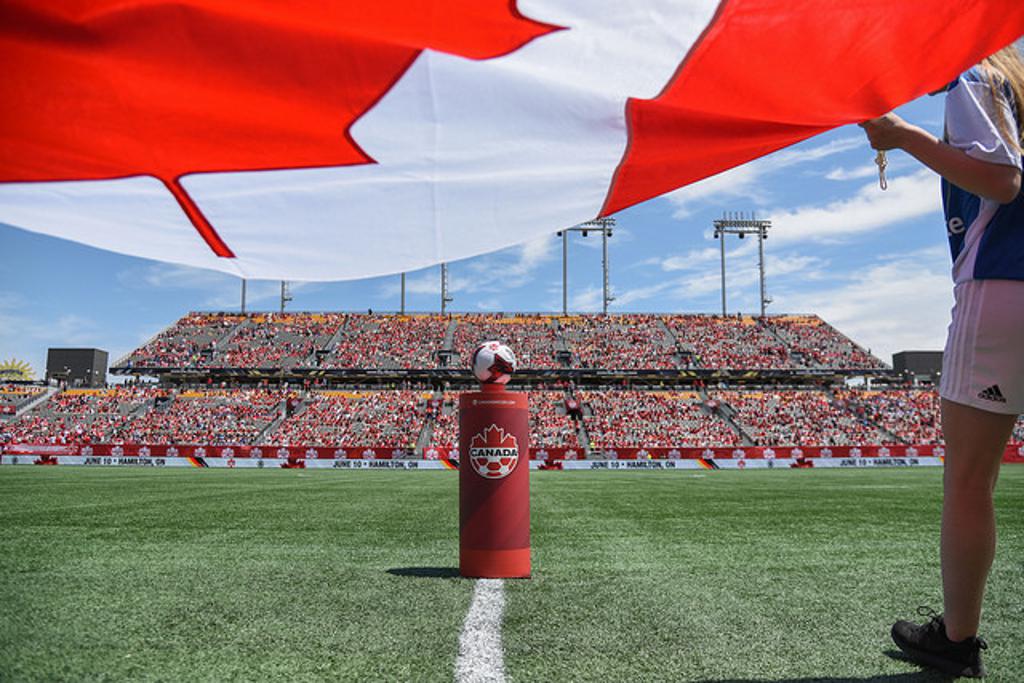 League1 prime focus is to showcase players, but it's all with the grand purpose of illuminating their ability to move on to bigger and better tiers of play - whether that be professional environments or on the international stage.

In 2018, 38 current and former League1 players did just that, suiting up in the red shirt of Canada for a year chock full of camps, friendlies, Nations League Qualifiers, CONCACAF and world championships.

This alumni player count in Canadian squads demonstrates a nice pattern over the past three years, at least, with 49 players moving from League1 to Canadian national teams in 2016 and 40 earning national selection in 2017. 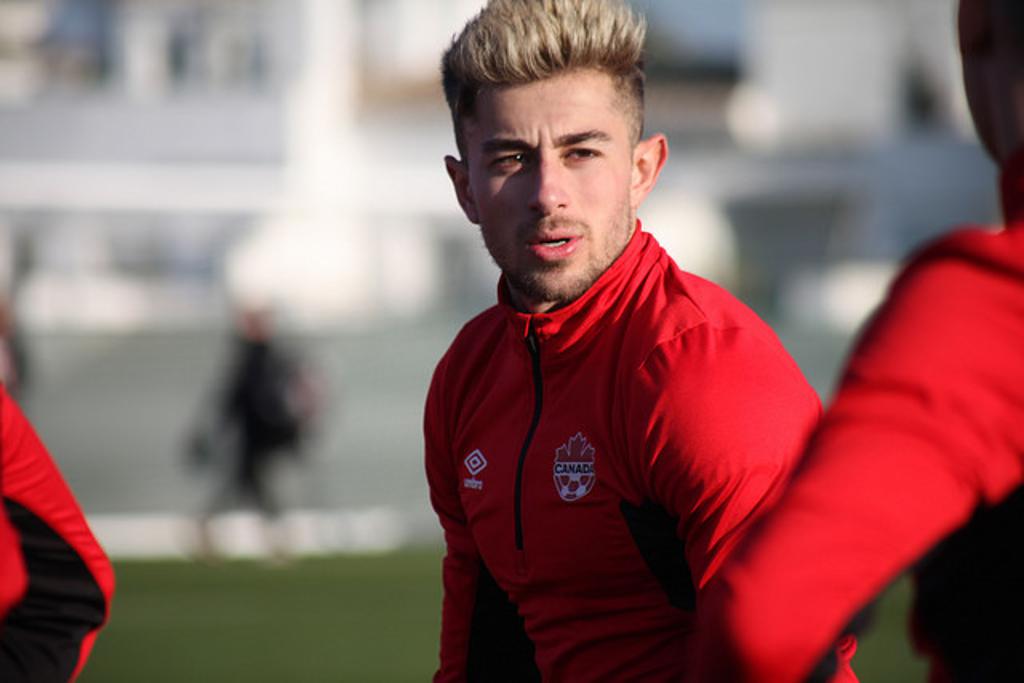 Starting with the CMNT International Camp (March 19-25, Spain) we could see a half dozen faces familiar from League1 rosters.

Raheem Edwards (Chicago Fire/ ANB Futbol) made his debut in League1 in 2014, moving rapidly off a national championship with Sheridan College and catching the eye of TFC scouts before moving through to the MLS team and later the Montreal Impact.

He's now down in the windy city of Chicago with the Fire, and it must be an encouraging sight for every undiscovered player at the lower levels in this country to see his meteoric progress into being one of the country's top attacking weapons.

Marcus Godinho (Heart of Midlothian/ Vaughan Azzurri) also featured at the camp in Spain, with his story - from winning the League1 title with Toronto FC Academy in 2014, to featuring in League1 for Vaughan Azzurri, to finally making an impression at the top flight in Scotland with Hearts within only four years - an incredible achievement in itself.

Godinho was also selected to the national team for the crucial late year CONCACAF Nations League Qualifying match (Nov 12-21 v St. Kitts & Nevis) and has had a strong 2018 - 2019 season with his Edinburgh club side.

Mark-Anthony Kaye (Los Angeles FC/ Toronto FC III) was another standout from that inaugural League1 winning side, and has definitely shown his quality since. From eye-catching performances for the national team through to being an indispensable part of that exciting LA team in their first MLS year, Kaye is that rangy, technically-gifted, young central midfielder that everyone wants to see starring for Canada. Despite struggling with injury in the past year, he's thankfully back in the fold for club and country once again. 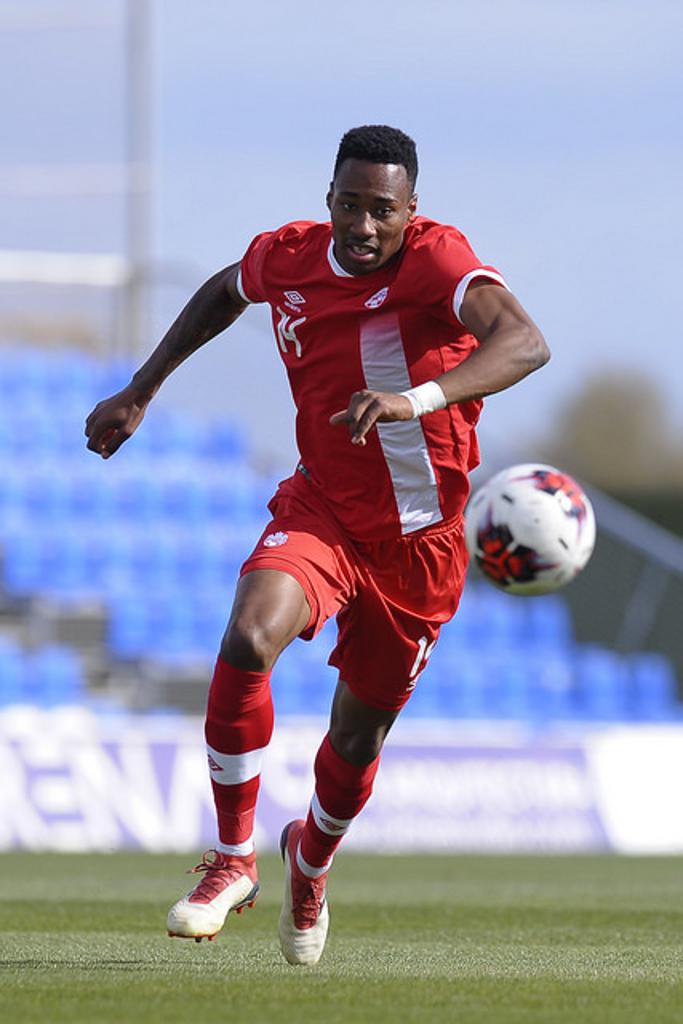 A standout name from the first League1 season, Cyle Larin's (Besiktas FK/ Sigma FC) journey from point man with Mississauga's Sigma FC through his MLS Rookie of the Year with Orlando City, and now partnering with Canadian national Atiba Hutchinson at Besiktas in Turkey, is well documented.

Liam Fraser (Toronto FC/ Toronto FC III) was a rock for the Junior Reds through his League1 and TFC II days, and is clearly a player both TFC and Canada are looking for big things in the present and near future.

Although he didn't start the year with the CMNT March warm weather camp in Spain, Fraser was a key player in the autumn CONCACAF Nations League Qualifying match (Sept 3 - 10 v US Virgin Islands), as well as the crucial end of year CONCACAF Nations League Qualifying (Nov 12-21 v St. Kitts & Nevis) match. Definitely a player that should be on your up-and-coming tracker.

Speaking of players to watch, 2018 was a breakthrough year for Maya Antoine (Vancouver Whitecaps/ Vaughan SC). Still only 17 years old, Antoine was called into the CWNT for the National Camp (Aug 27 - Sept 5, Ottawa) and was a regular fixture at her age group and above, starting the year with a Women's U20 Pre-Tournament Camp (Jan 8), before moving on to the CONCACAF U20 Championship (Jan 15 - 29, Trinidad) and the Women's U17 Camp (March 18 - 26, Markham).

She finished the year strong, as a big part of the U17 Women's Pre-Tournament Camp (Oct 30-Nov 10, Uruguay) and the FIFA U17 Women's World Cup (Nov 11-Dec 2, Uruguay) squad that won everybody's hearts just before the holidays. 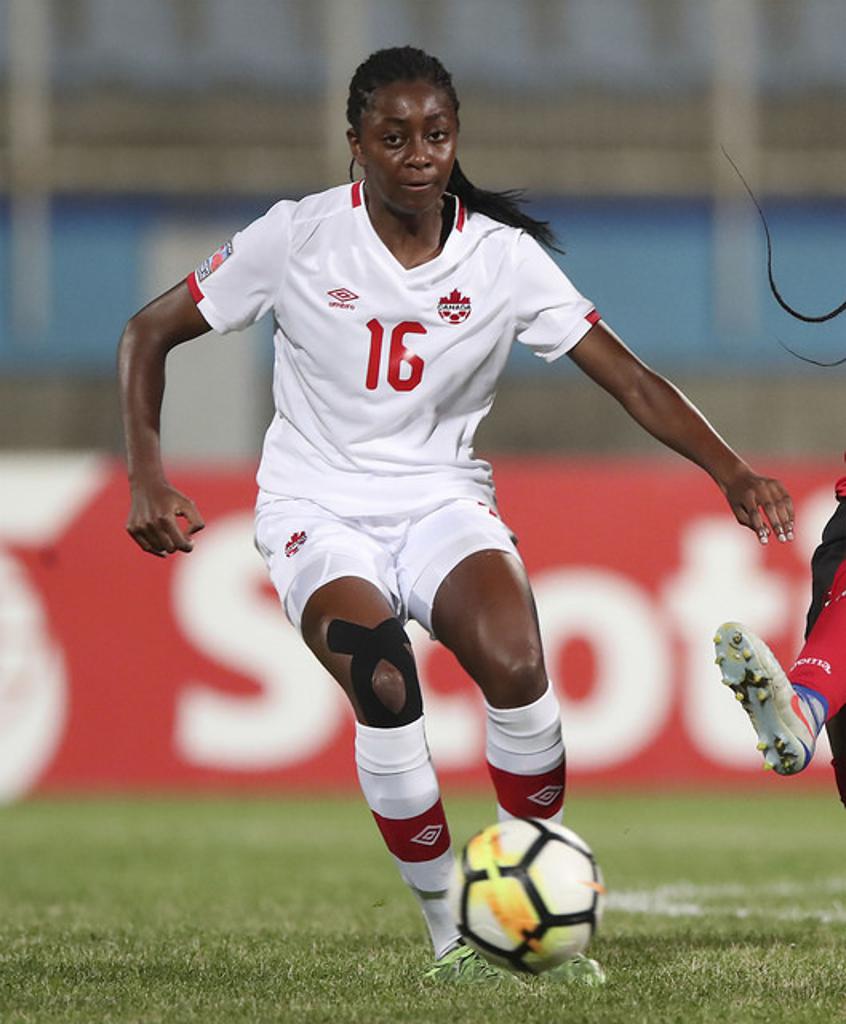 Top prospects either already being worked into the CMNT or on the brink of their breakthrough were showcased in the Men's U23 Camp (Jan 8, USA). Followers of League1 will have recognized a number of the names involved.

Kamal Miller (Orlando City SC/ Vaughan SC) was a ninth former League1 player in the camp, and you can read all about Miller's recent signing with MLS' Orlando City SC here. 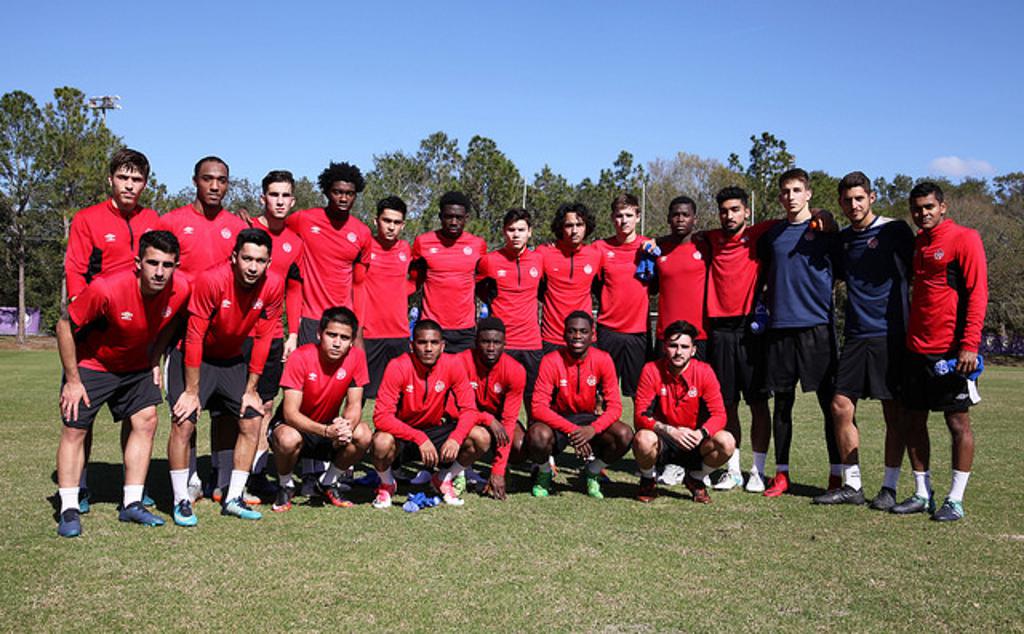 Moving into the U20 national team set-up, we can see a large number of players that have already made a strong impression in League1 cementing their spots in their respective national team age group.

At the Women's U20 Pre-Tournament Camp (Jan 8), a cross-section of representation from League1 clubs was visible.

All players listed above also went on to compete in the CONCACAF U20 Championship (Jan 15 - 29, Trinidad).

Not to be outdone, the Men's U20 Pre-Tournament Camp (Oct 23 - 30, USA) showcased ten players that always caught the eye of onlookers at their League1 matches.

All players - with the exception of Omar, Shaffelburg and Yarde - were also selected to the CONCACAF U20 Championship team (Oct 31 - Nov 11). 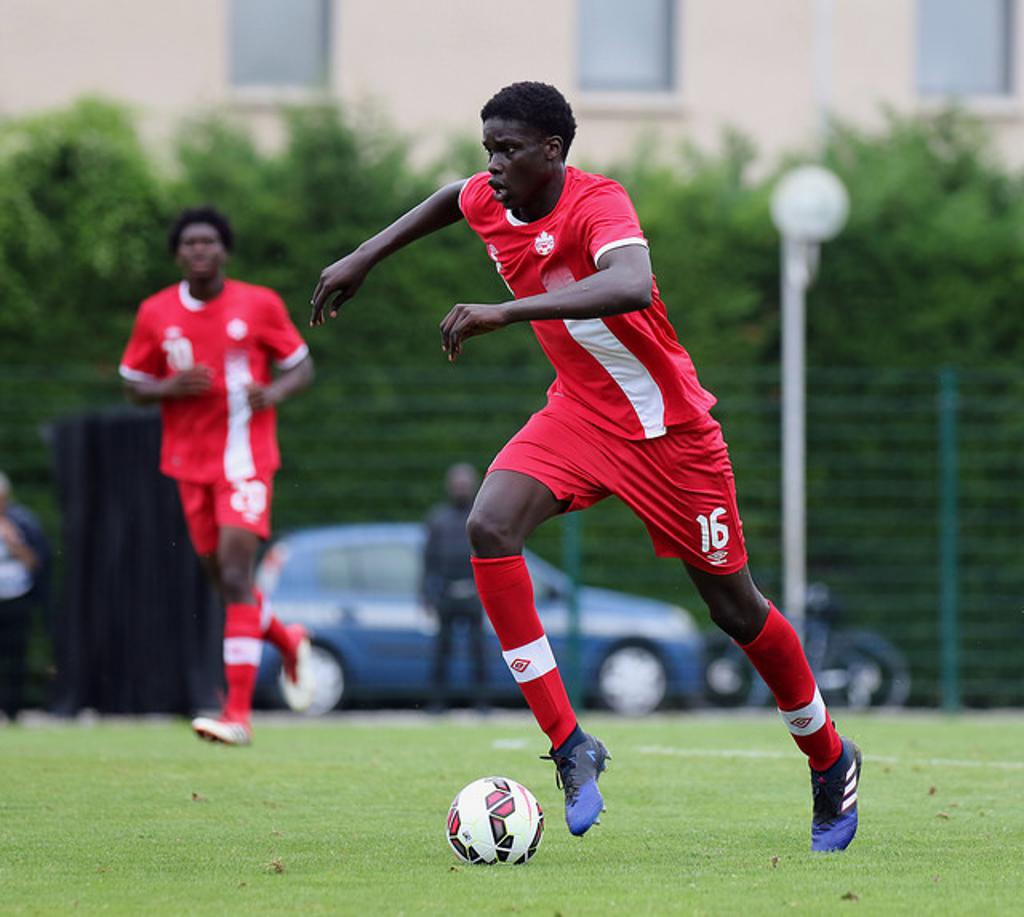 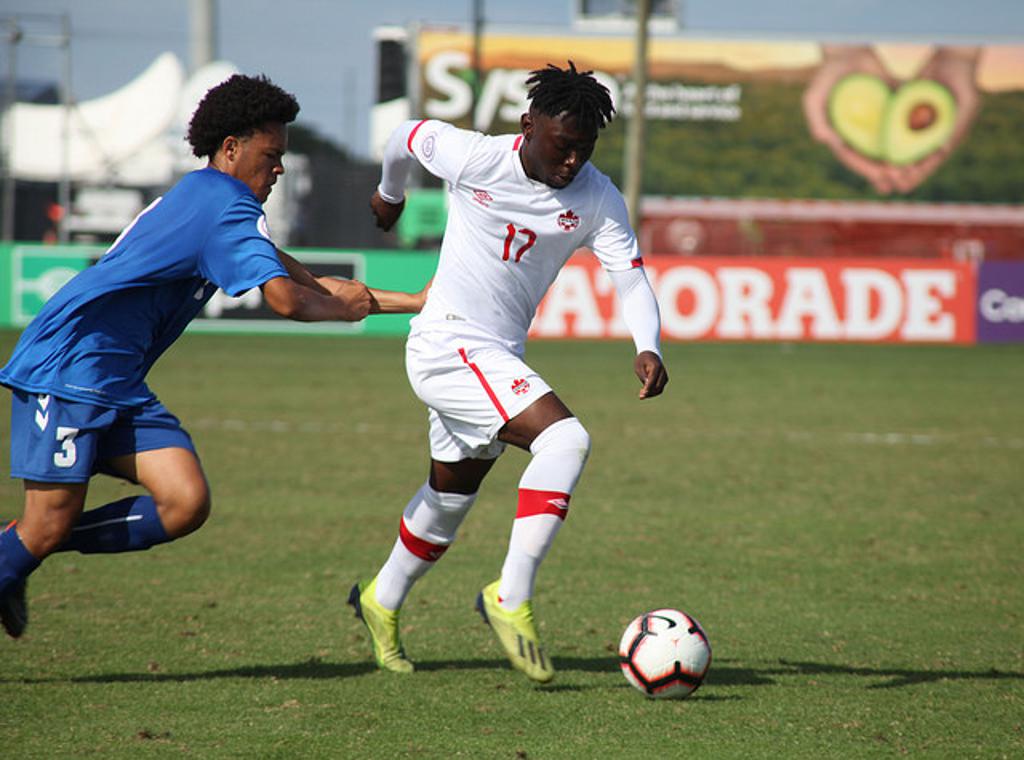 This group largely stayed together (minus Olivia Scott) throughout the year's tournaments, which included the Women's U17 Pre-Tournament Camp (April 9 - 15, Mexico) and the U17 CONCACAF Championship (April 16 - 23, Nicaragua and June 4 - 13, USA).

Then the group were off to the FIFA U17 Women's World Cup Pre-Tournament Camp (Oct 30 - Nov 10, Uruguay) before competing in the World Cup (Nov 11 - Dec 2). The team had a very strong showing at the World Cup, beating Colombia, Korea and Germany before falling to Mexico and New Zealand. 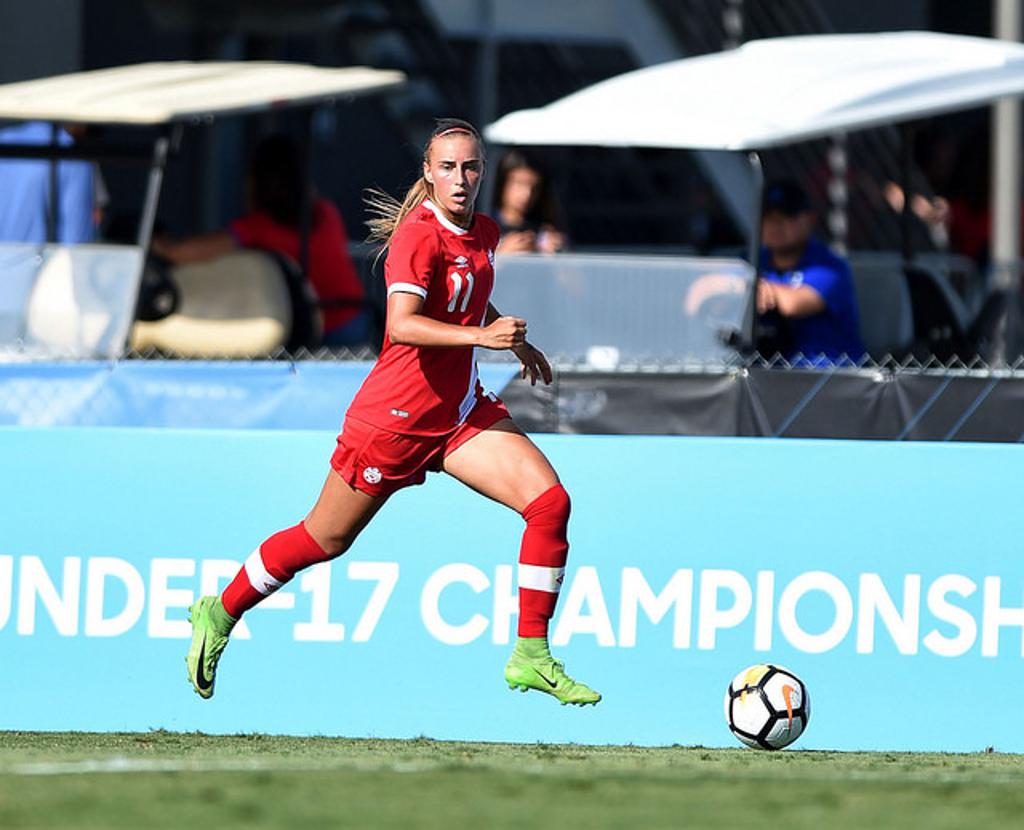 Two very young League1 players also had a run-out at the CONCACAF U15 Championship (August 3-14, USA), with Jade Rose adding to her U17 duties and joined by club team-mate Taliyah Walker (Unionville Milliken SC).

On the futsal side of the game, it was also a strong year for League1 representation. Jacob Orellana (Masters FA Saints) was named 2018 Canada Futsal Player of the Year, leading the team with some strong performances at home and abroad. 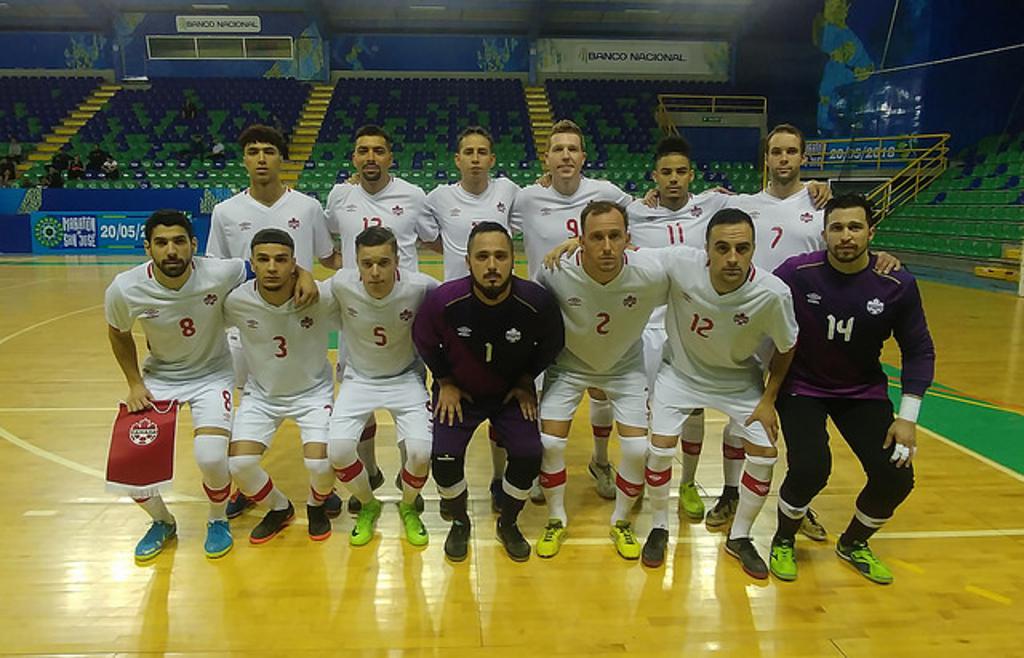