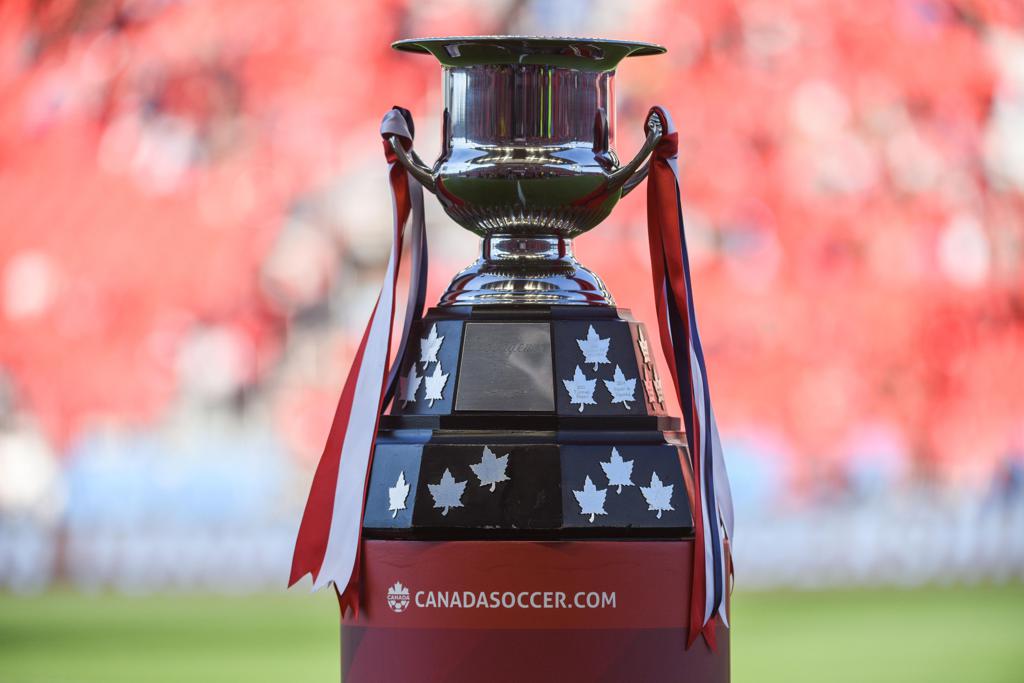 Canada Soccer's newly expanded Battle of the North will feature a 13-team format when the 2019 Canadian Championship kicks off on 15 May. The 24-match schedule features Canadian teams from across five leagues culminating with the Final Round on 18 and 25 September.

"We are proud to welcome seven teams as first-time entrants from League1 Ontario and the Canadian Premier League that join six returning teams in our 2019 Battle of the North."

All 13 teams have been assigned a round in which they will enter the competition, with the 2019 Canadian Championship round-by-round match ups to be announced at a later date. 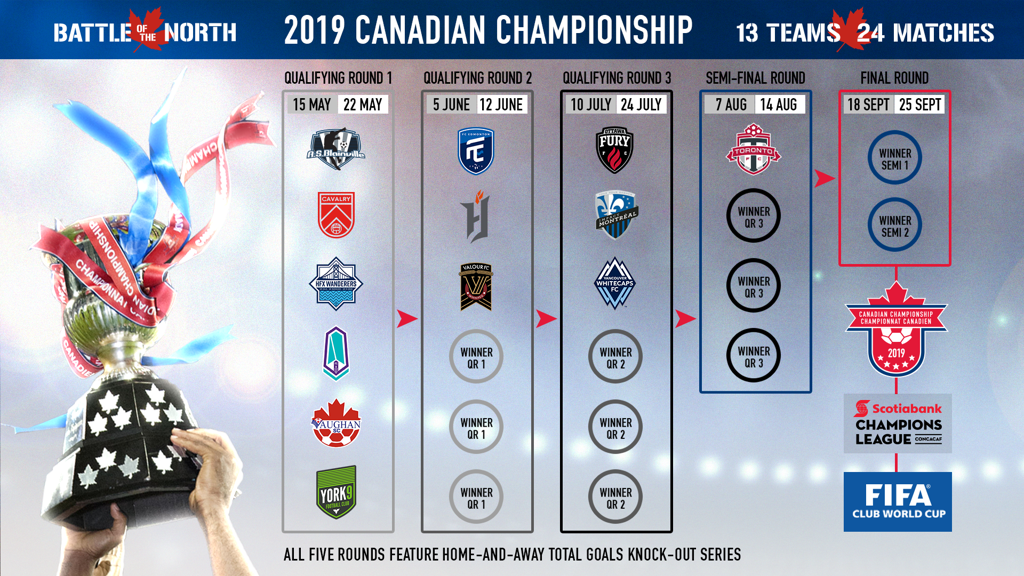 The First Qualifying Round will be played on 15 and 22 May and will feature six teams drawn to determine the matchups. PLSQ winners AS Blainville and League1 Ontario winners Vaughan Azzurri will not be drawn against each other. The four Canadian Premier League teams that entered into Canada Soccer membership in 2018, Pacific FC, Cavalry FC, York9 FC and HFX Wanderers FC will join them in the First Qualifying Round. Only AS Blainville are returning to the competition while the other five teams are all making their Canadian Championship debut.

The Second Qualifying Round kicks off on 5 June with the return leg on 12 June and will feature the three First Qualifying Round winners, who will be matched up against Canadian Premier League clubs FC Edmonton, Forge FC, and Valour FC. Of note, FC Edmonton returns to the Canadian Championship as a member of the Canadian Premier League and as such are granted a bye to this round.  They are joined by Forge FC and Valour FC by virtue of their entry to Canada Soccer as Professional Clubs in Membership in 2017.

The Semi-Final Round (7 and 14 August) will feature three Third Qualifying Round winners plus Toronto FC, who receive a bye to this round as the defending Canadian Championship winners. The two Semi-final winners will then advance to the Final Round which will be contested in a home and away series on 18 and 25 September.

About the Canadian Championship

The Canadian Championship is Canada Soccer’s highest domestic professional soccer competition and is the sole qualification route for Canadian professional clubs into Concacaf Champions League and onto the FIFA Club World Cup.

Dubbed the Battle of the North, the Championship sets itself apart from all North American professional sports competitions that operate on both sides of the border as the only one to hold an all-Canadian competition that leads to the international stage.

Canadian content is a focus of the competition and since 2017, regulations state that each team must field a minimum of three eligible Canadian Internationals as starters for each match.

The Voyageurs Cup has been awarded to the Canadian Championship winner since 2008.  Created by the Voyageurs Canadian Supporters group, the trophy represents Canadian fans’ commitment to the game in our country. The George Gross Memorial Trophy recognizes the Canadian Championship's Most Valuable Player, with Jonathan Osorio the 2018 winner. The award is named after the late George Gross, an honoured member of the Canada Soccer Hall of Fame.

Canada Soccer, in partnership with its membership and its partners, provides leadership in the pursuit of excellence in soccer, both at the national and international levels. Canada Soccer not only strives to lead Canada to victory, but also encourages Canadians to a life-long passion for soccer. For more details on Canada Soccer, visit the official website at www.canadasoccer.com 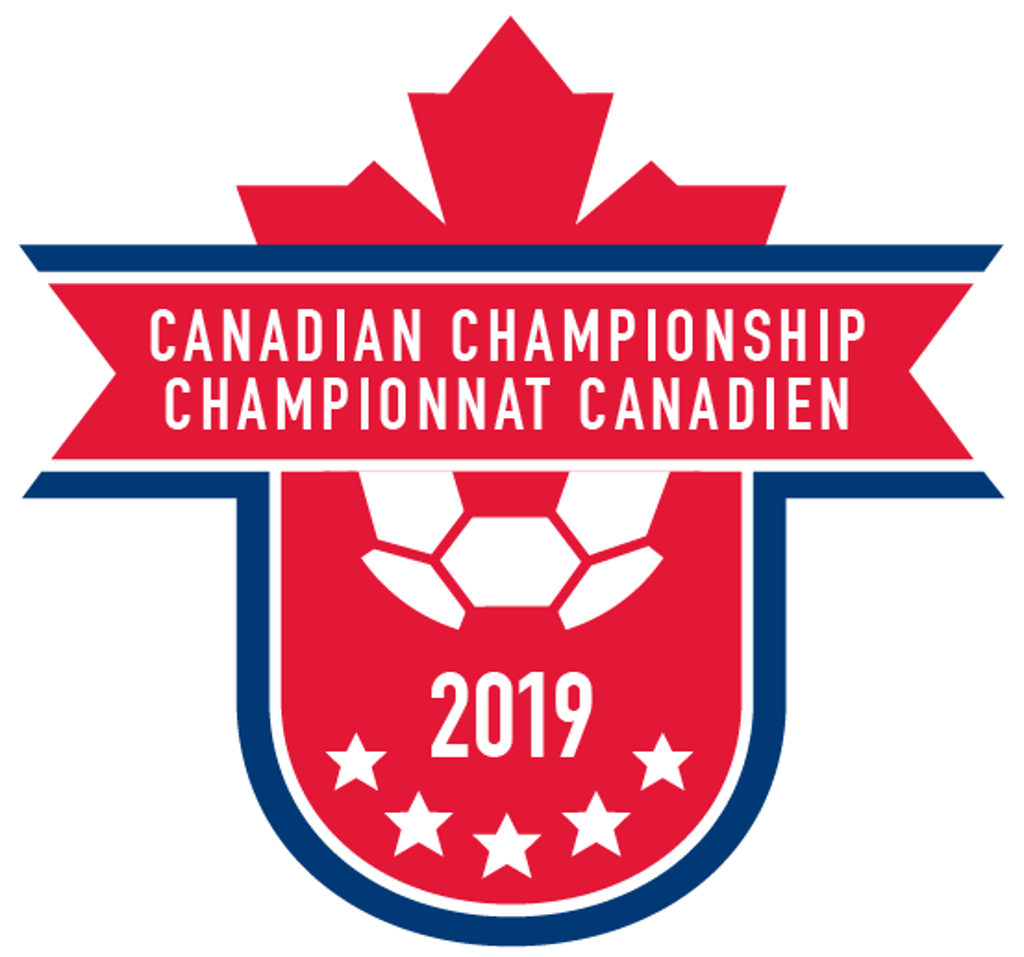