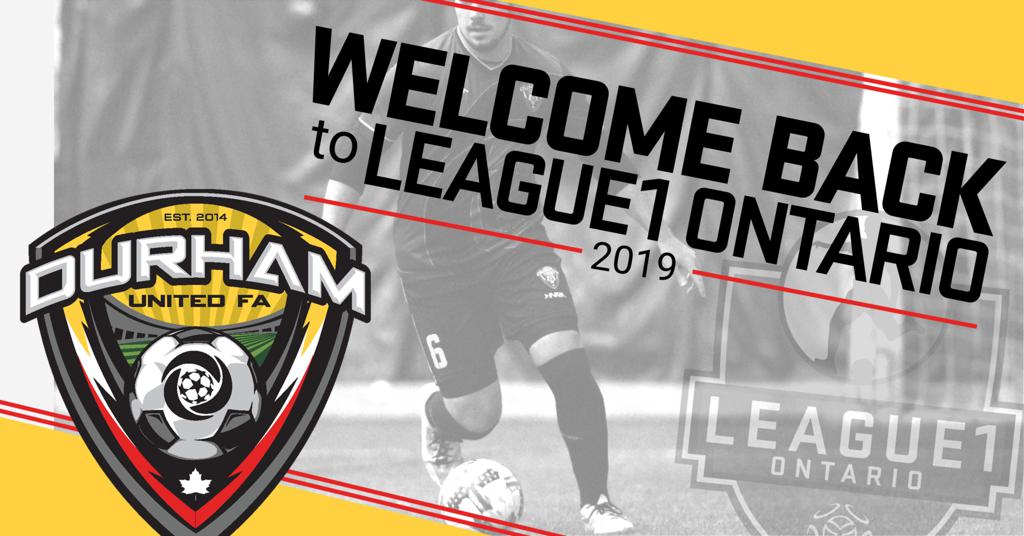 League1 Ontario is pleased to announce the return of the Durham United FA (DUFA) men’s program for 2019.

DUFA had put their men’s team on hold in 2018, although they did operate their women’s team, which went on to capture the League1 Ontario Championship in September, their second title in four years.

“We’re excited to have Durham United back in the fold with us in 2019,” said Dino Rossi, League1 Ontario commissioner. “They are one of the founding organizations of League1 and it is great news that they are prepared to bring back the men to compliment their very successful  women’s program.  We’re certain their addition will only further strengthen our league and the development of athletes in the region.”

Canada Soccer Business recently announced that is has acquired League1 Ontario and added it to its growing roster of soccer properties, which includes the Canadian Premier League, which will launch in the Spring of 2019.  This will facilitate the continuing development and growth of League1 Ontario.

League1 Ontario is the only Pro-Am standards-based, league in Ontario. Founded in 2014, the league began with a ten team Men’s division, which by the 2018 season had grown to 17 men’s teams and a separate 13-team Women’s division. Over 100 men and women players have now graduated from League1 Ontario to professional environments around the world.

“There is a great deal to look forward to with League1 Ontario in 2019,” said Rossi. “Both our men’s and women’s divisions continue to turn out top talent for leagues across the world and now as well here in Canada.”

League1 Ontario serves as a stepping stone between the youth, amateur ranks and the professional environment. The league’s focus, first and foremost, is the development of Canada’s future stars.