Stillo And Petrucci Named 2018 League1 Goalkeepers Of The Year

When building a team, the old cliche is "start from the back." A good goalkeeper provides a great foundation for the rest of the team, and gives every chance that a result is always within grasp.

League1 has been graced by the performances of several great keepers over the years and 2018 was no exception.

Meet the 2018 Men's and Women's Goalkeeper Of The Year! 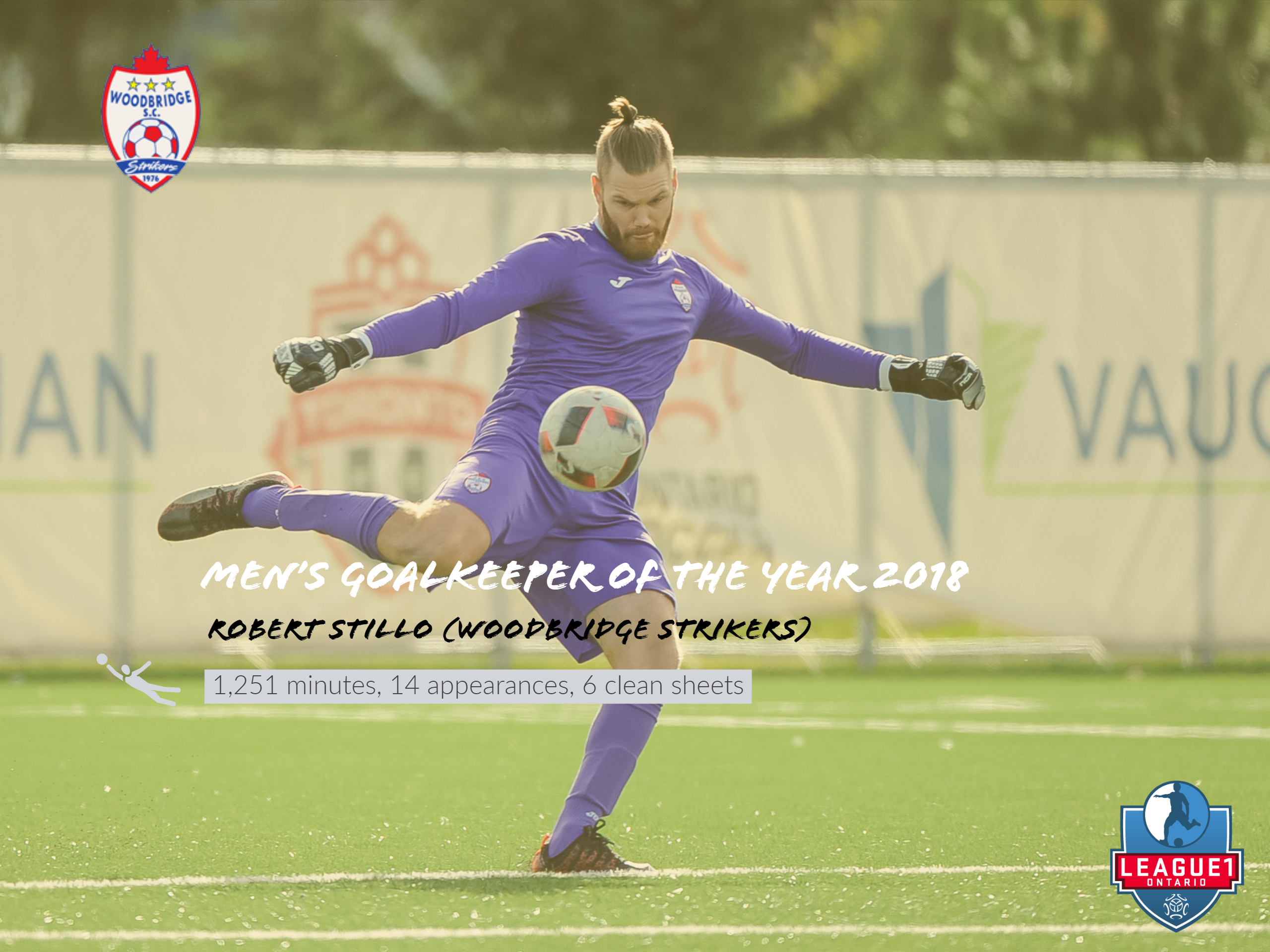 Woodbridge has consistently produced the top men's keepers in League1, with the Goalkeeper Of The Year award going to the Strikers every year for the past three seasons.

2018 was no different, as the 'Bridge's backstop Robert Stillo stepped into the role and quickly made his mark.

Stillo's size and commanding presence in the goal area meant aerial balls were usually his territory, while he rarely let up on organizing his team in the defensive phase - giving no time for his outfield players to turn off.

Stillo's quality of distribution was also second to none in the league. His side volley distribution and balls from the ground were consistently played to target, and Woodbridge's build-up game and depth of attack was subsequently improved greatly by having him in the team.

Six clean sheets on the season underpinned Woodbridge's defensive solidity, with the club posting the second best goals against record after conceding only 18 goals in 16 regular season matches.

Still only 27 years old - the prime of a keeper's career - Stillo already has professional experience in Italy with Perugia, Valenzana and Paganese, and played U20 as well as some Senior National Team call-ups for Canada. Stillo is a good target for any professional team looking for a quality backstop.

Congratulations Robert Stillo and Woodbridge Strikers on your 2018 League1 Ontario Men's Goalkeeper Of The Year Award! 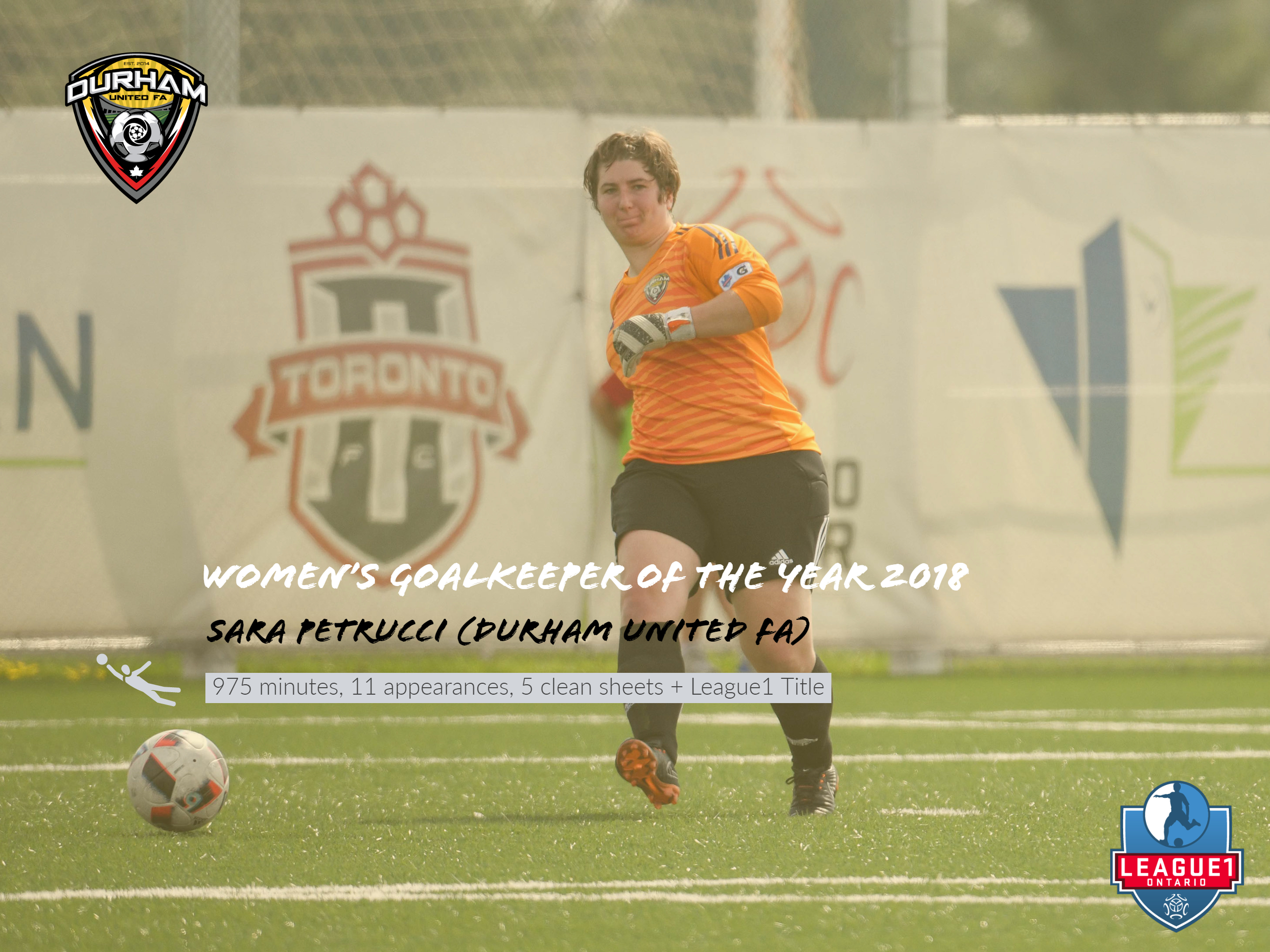 Durham United FA's road to the 2018 League1 Women's Championship Title was built off a defensive solidity that meant they rarely conceded more than once a match, and this was never more evident than in the Championship Final against high-flyers, Woodbridge Strikers.

In that match, as with so many other occasions throughout the season, Durham keeper Sara Petrucci was an ever-present rock in the goal area, stretching to make one-handed saves and flying out to encounter attackers if they happened to break the last line of defence.

When the match went to penalties, her nerve and composure was instrumental to Durham winning the day and eventually taking home their second title in four years.

Playing 975 minutes over 11 regular season and playoff appearances, Petrucci kept five clean sheets, including that all-important performance in the 2018 Final.

The former standout with U of T's Varsity Blues demonstrated she still has plenty of game, and as well the sort of form that earned her two OUA East All-Star selections during her collegiate years.