As much as players want to win every contest, the nature of sport and the principles it espouses mean that some lines cannot be crossed - to be respectful of the opponent on a fundamental level is a mainstay for any top side, regardless of the level.

Several League1 Ontario players embodied the best of sporting and fair play principles in 2018, but two - both of them from the same club - stood out as a class above. 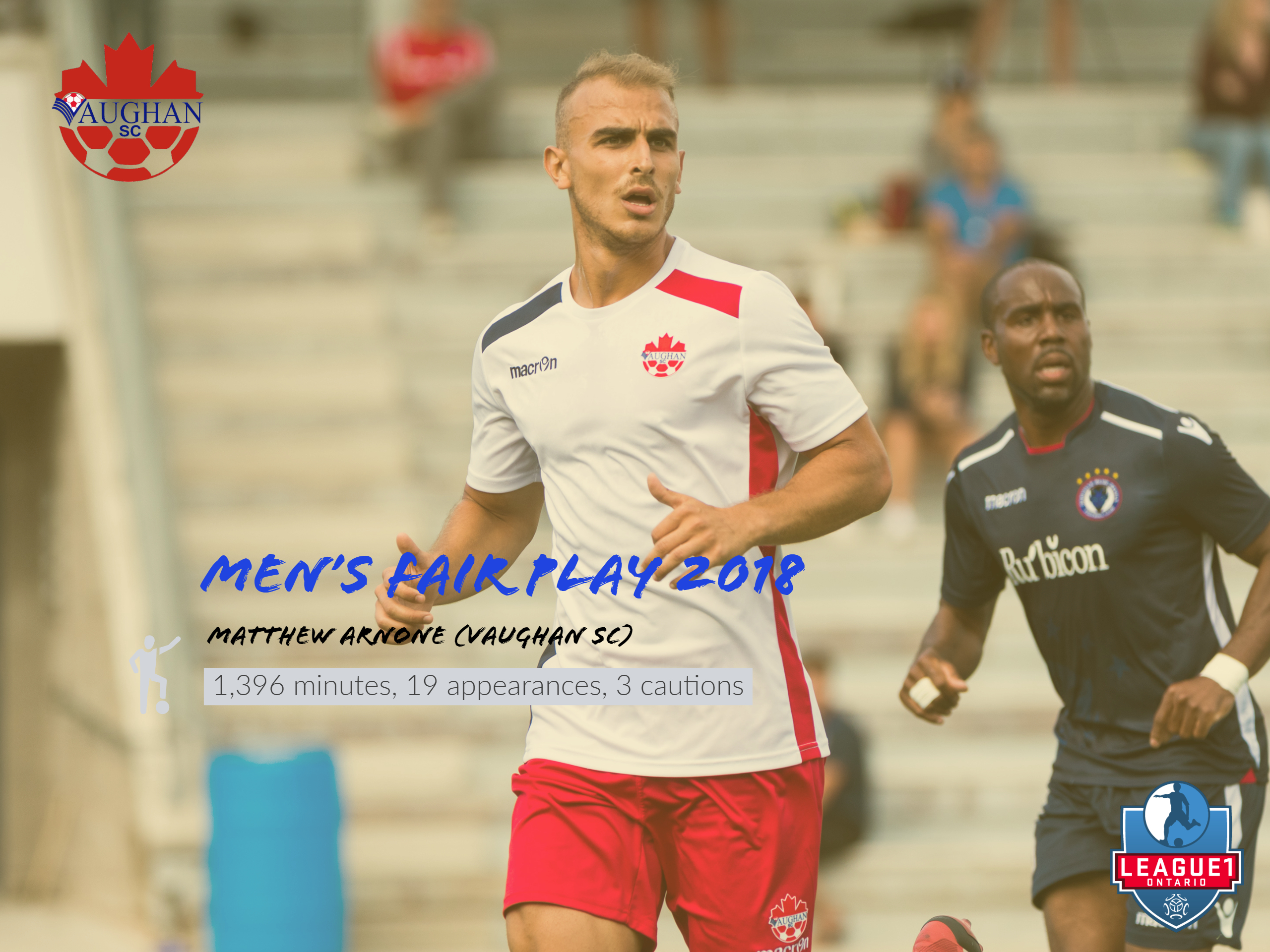 Winning the league was a long process for the 2018 Vaughan Azzurri men's side, which involved an early season comeback period after a slow beginning to the campaign.

One might have thought Azzurri players would have held a "take no prisoners" approach as they grappled their way back into title contention, but instead their hard but fair approach was exemplified by central midfield dynamo, Matthew Arnone.

Arnone made 19 appearances for the Azzurri on route to their 2018 Championship, holding down a crucial deep pivot role in midfield where he distributed the ball in possession and dealt with the opponent's counter-attacks otherwise.

Arnone built up 1,043 minutes over 15 regular season appearances and remarkably only took one caution in that period.

Arnone was also a key member of the Azzurri's playoff run, continuing his form from the season by playing all but seven minutes of the four matches and helping the Azzurri to three clean sheets - including in the Final against local rivals, Woodbridge Strikers.

He took two cautions in the post-season period - mainly due to "professional" fouls - but it was the defensive midfielder's class and respect for opponent and teammate alike that had clearly earned him the respect of technical staff from across the league. He was first choice when it came time for them to select the league's Fair Play winner. 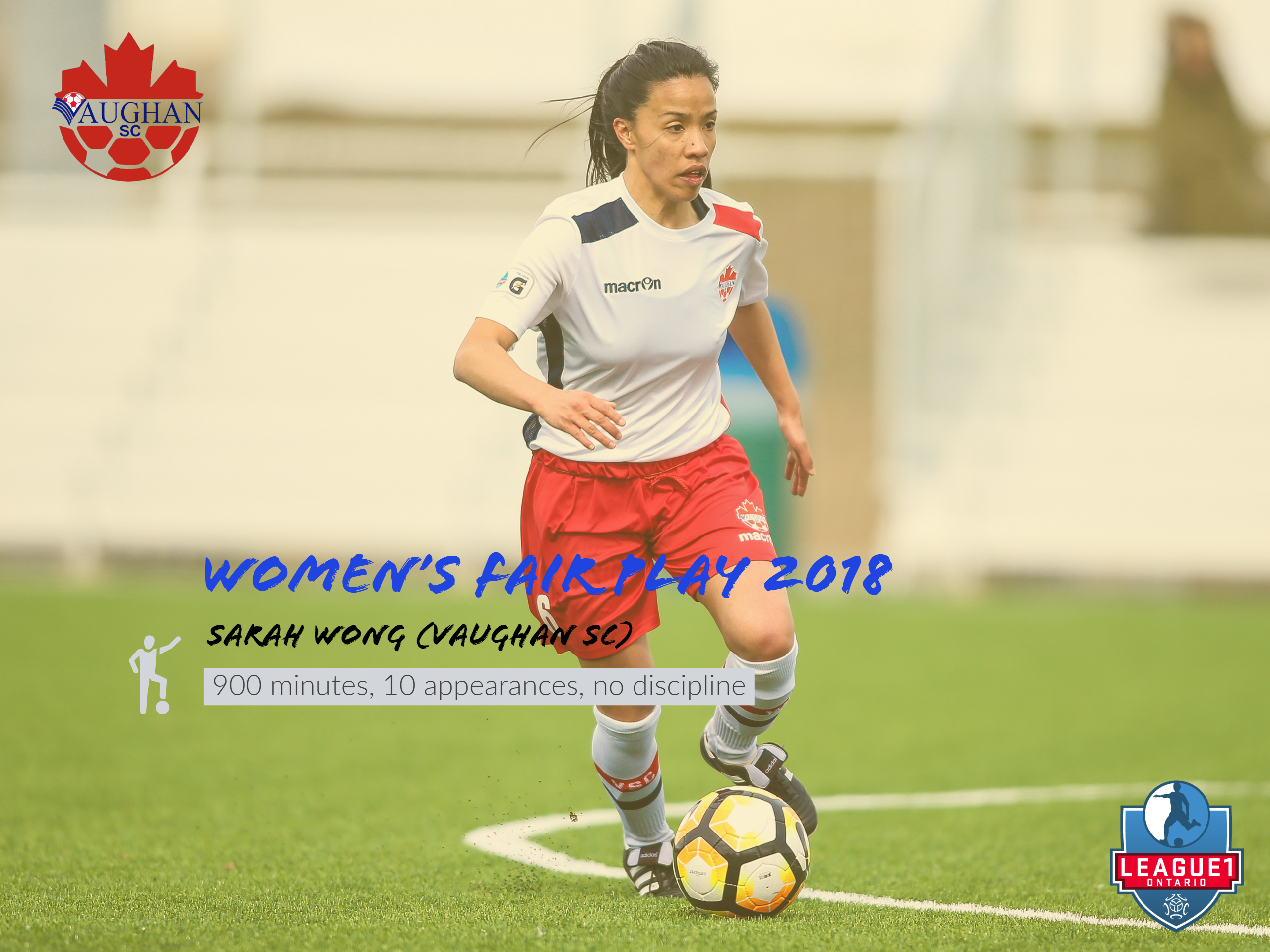 A perennial selection to the League1 Ontario All-Star teams, Vaughan Azzurri's Sarah Wong personifies what goes into being a top-level athlete.

A former NCAA D1 player and then All-Canadian during each of her years at York University, Wong has been one of the most dominant midfielders in the domestic women's game for quite some time.

And yet, for a veteran player, Wong continues to meet the hard work head-on, buzzing with energy each match, as eager to tackle on one side of the ball as she is to set-up a team-mate in possession.

But Wong's work is often hidden by the stats, buoyed by her industry in midfield to win all the important second balls and intelligence to ensure possession was maintained or the proper attacking option taken.

Her honesty as a player and respect for the laws of the game and the opponent are evident in one stat, however; Wong didn't get a single caution in ten matches despite playing every single minute.