Samuel And Simpson Win 2018 Defender Of The Year Awards

It's one thing to smash in the goals, but every enthusiast of the game knows it won't mean anything unless your team can keep them out.

In 2018 the "defenders union" was well-stocked across the league, but two players in particular stood out - check out the 2018 Defender Of The Year winners! 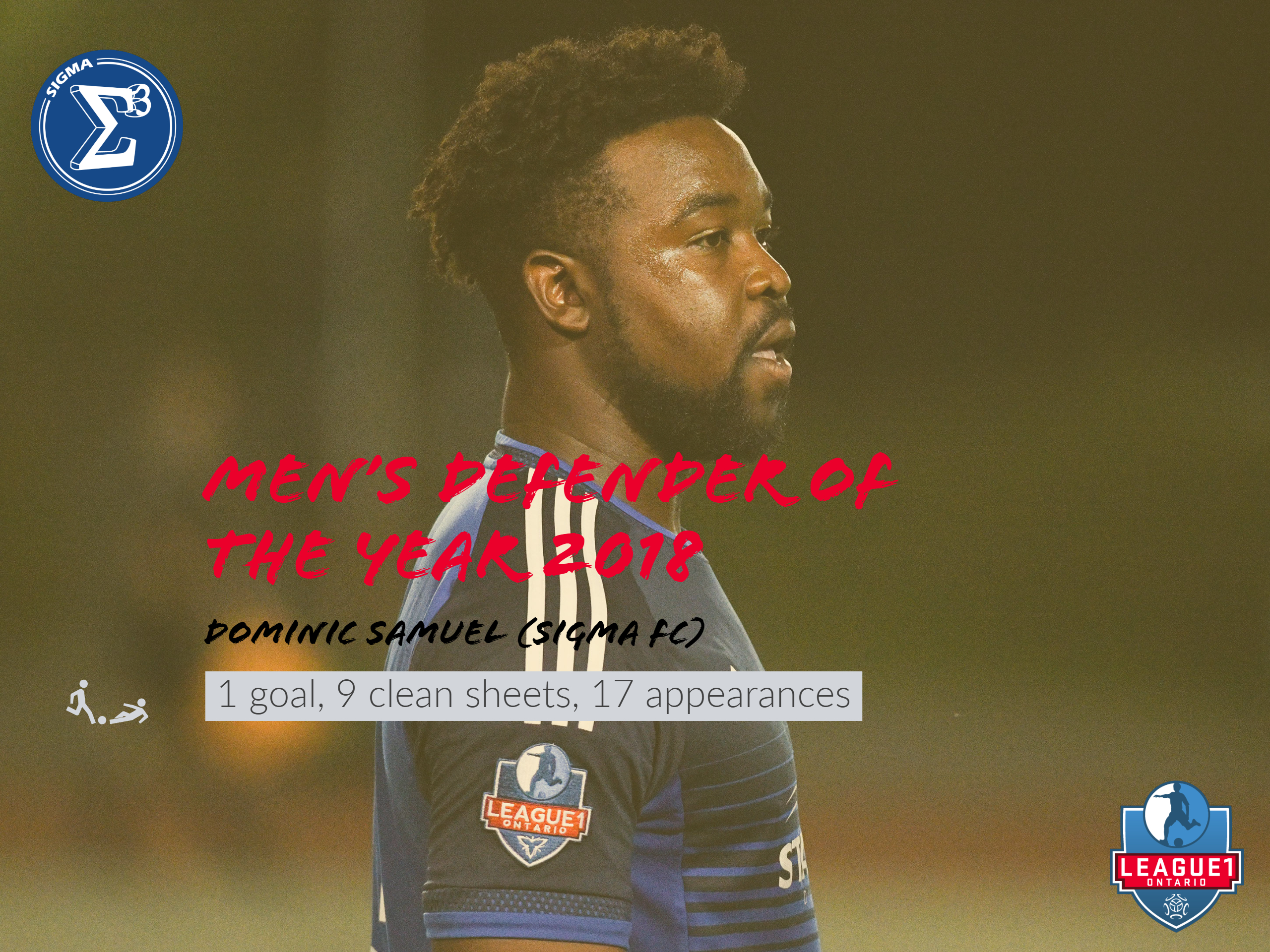 Sigma FC matched their usual offensive qualities with a strong defensive spine in 2018, and imposing centre-back Dominic Samuel was a big reason for this solidity.

Sigma recorded the joint-best defensive record in the league, allowing only nine goals across 16 matches and ensuring the team only lost one match, helping lead the Mississauga-based academy to second-place in the table - pipped to first place by FC London.

Samuel played an astounding 90 minutes in every league contest for Sigma, racking up 1,440 minutes and somehow only taking two cautions. Samuel was key in ensuring Sigma claimed nine clean sheets as well; in fact, it took until a 3-0 away loss to Woodbridge for Sigma to give up more than one goal in any game.

Incredibly, Sigma only gave up four goals in their first 12 matches and went undefeated in this period. In a very closely contested league table, it took only a couple end of season draws to open the door for FC London to pass them out to the top.

A former PDL and USL player with Seacoast United Phantoms and Rochester Rhinos, '94 born Samuel is now a two-time League1 Ontario Defender Of The Year after first winning the award in 2015.

Congratulations Dominic Samuel and Sigma FC on your 2018 League1 Ontario Men's Defender Of The Year Award! 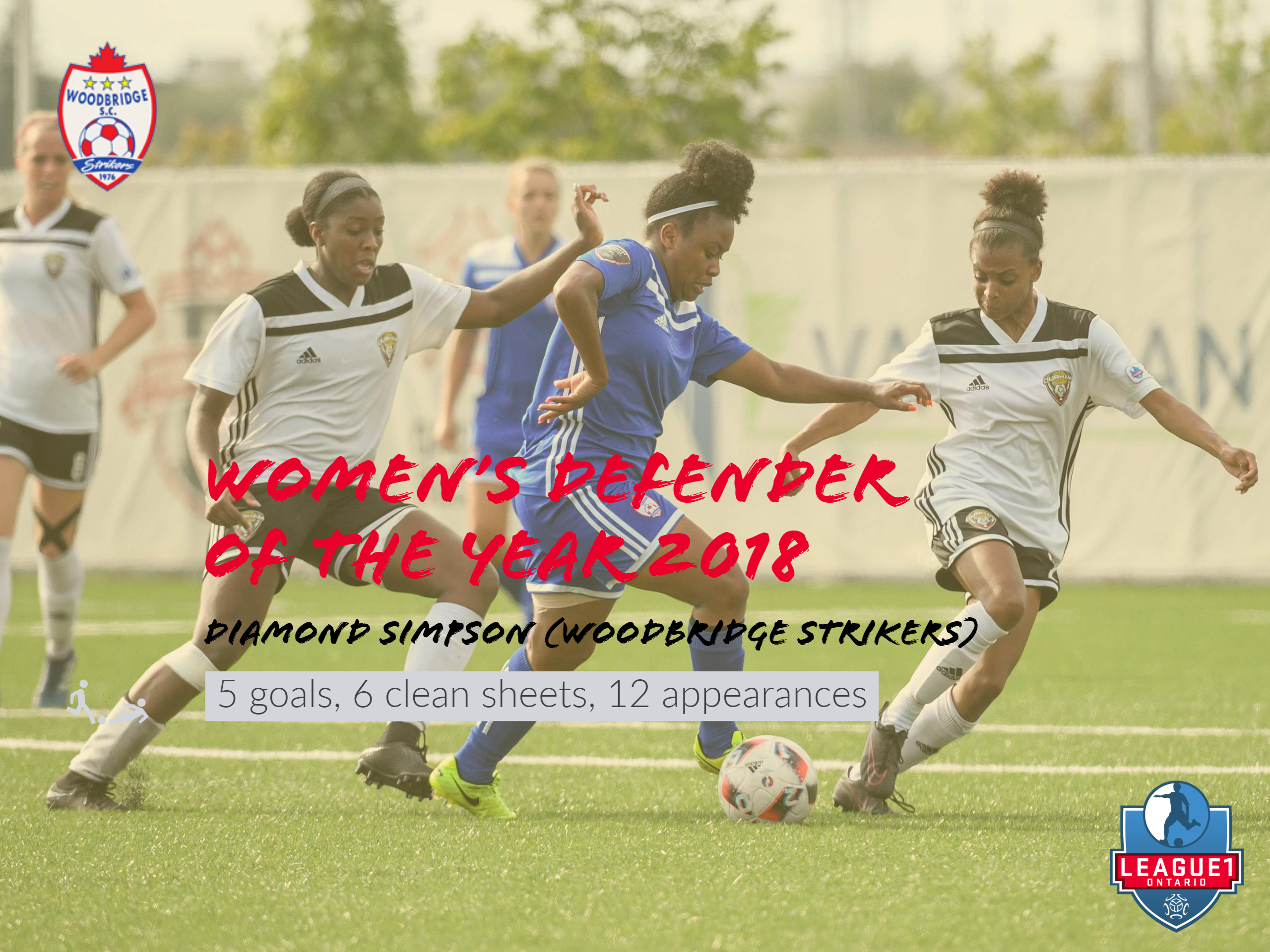 With Diamond Simpson in the team this season, Woodbridge Strikers simply just could not be beaten.

In addition, Simpson's ability to smash a ball was a welcome long-range threat for the 'Bridge - she scored five goals throughout the season, her 35 yard blast into the top corner standing out and was long-listed for Goal Of The Year.

Along with teammate Alyscha Mottershead, Simpson brought experience at the highest level to Woodbridge.

A staple in youth national sides in the mid oughts, Simpson appeared for the Senior Women's National Team in 2010-2011 under Carolina Morace and John Herdman.

Congratulations Diamond Simpson and Woodbridge Strikers on your 2018 League1 Ontario Women's Defender Of The Year Award!