Gold is the colour we're all chasing in the game, and for 2018 we have two clear winners that have marked out their season with golden moment after moment...

In the first of the series of daily announcements presenting the 2018 League1 Ontario Award winners, check out the 2018 Men's and Women's Golden Boot winners! 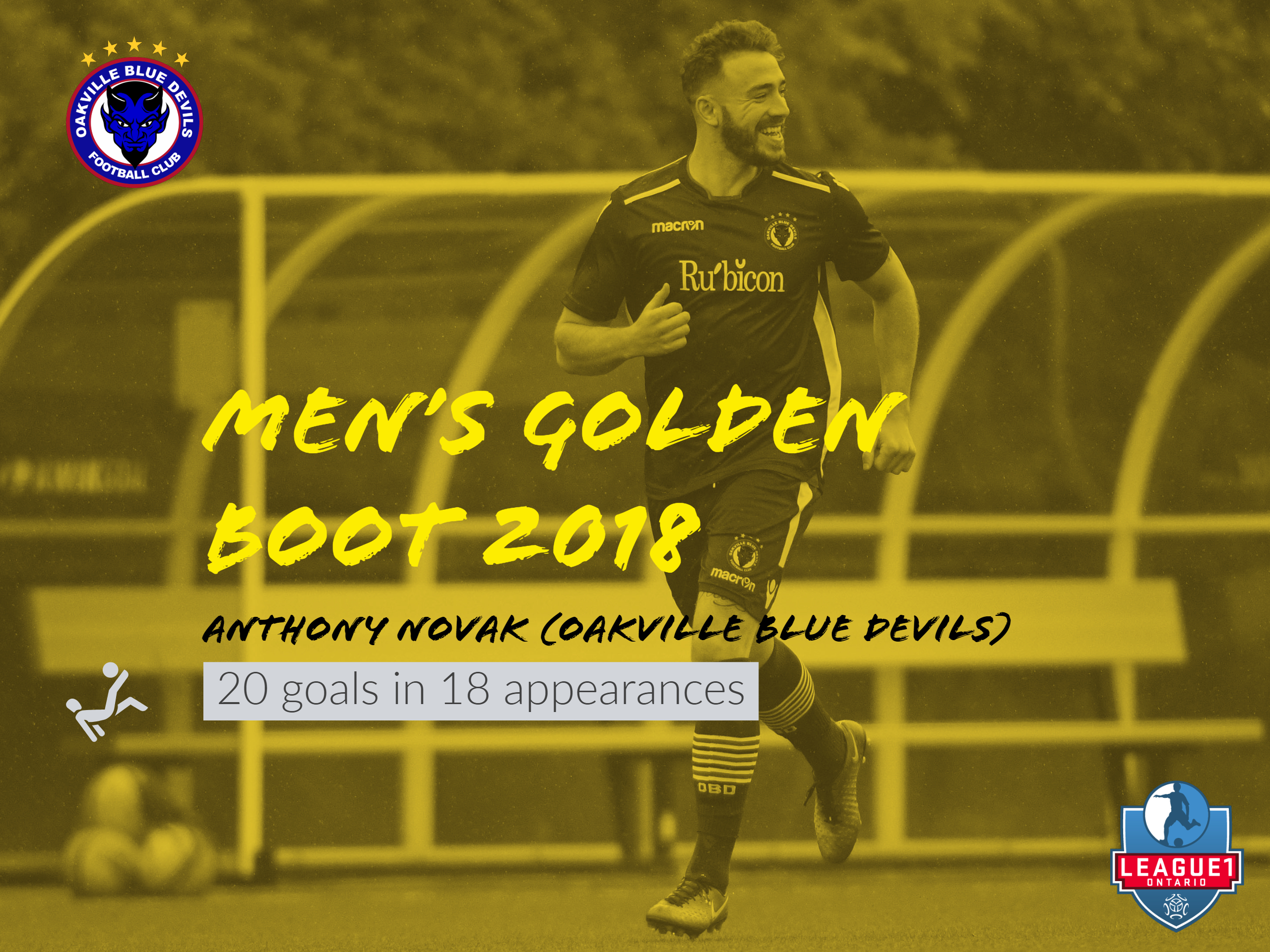 Oakville Blue Devil forward Anthony Novak scored a league-leading 18 goals in 16 appearances in 2018, and his offensive threat was evident from day one.

Novak slammed in his first hat-trick versus Toronto Skillz on opening day, and still only played one half.

Novak scored multiple goals in a match on three occasions in 2018 regular season play, notching another hat-trick at home on August 12 against OSU Force before scoring four in a 10-0 rout of Sanjaxx Lions at Sheridan College on August 26. He added a brace away at North Mississauga on September 8.

But it was Novak's consistency in front of net that guaranteed him this season's Golden Boot, scoring singles in eight other appearances to keep his nose ahead of Golden Boot competitors Conner Wilson (FC London) and Jose De Sousa (Masters & Woodbridge). 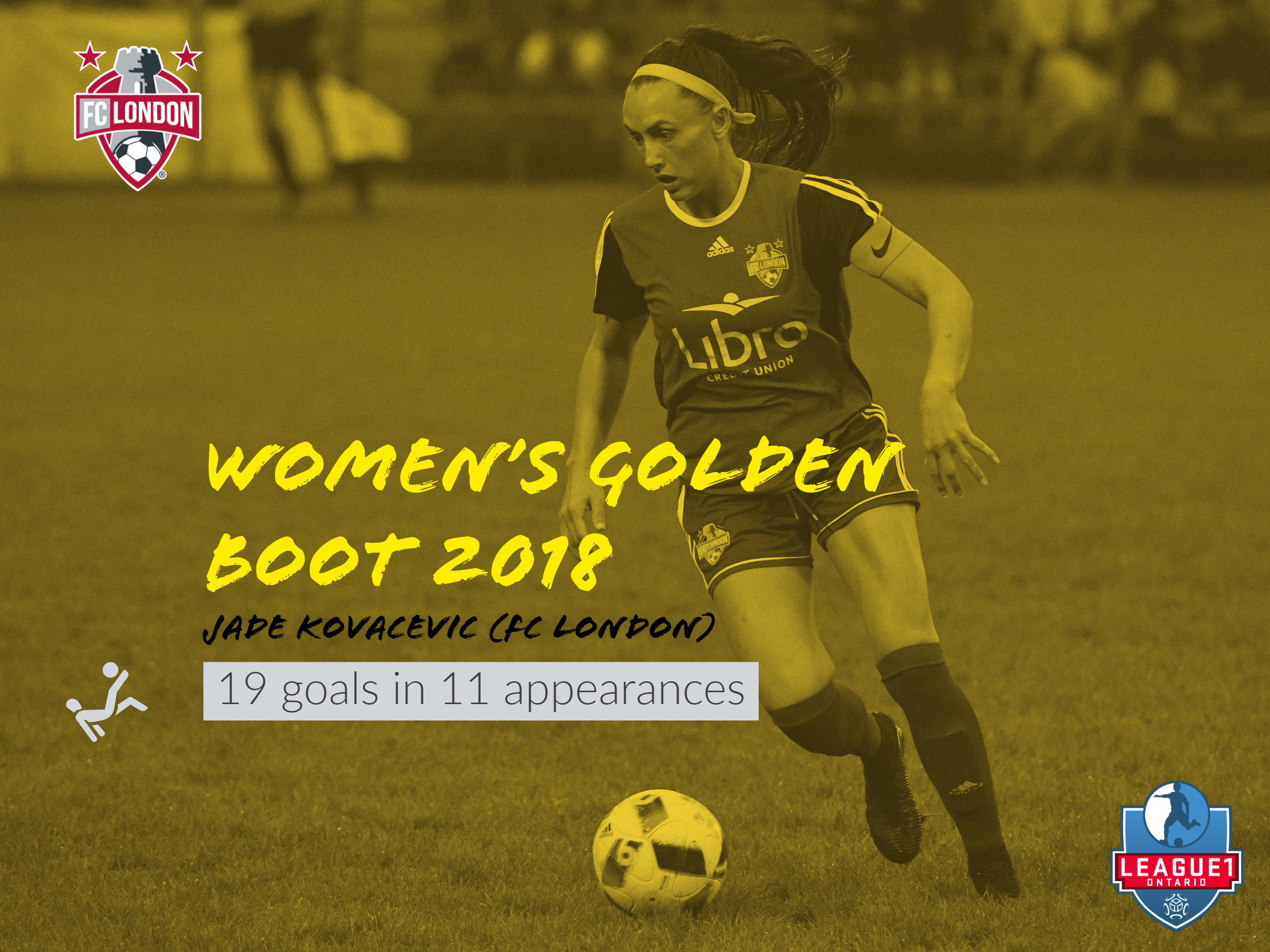 Since FC London joined the women's division in 2016, Kovacevic has been top of the scoring charts year-after-year, and in 2018 she became the all-time League1 Ontario scoring leader - in either men's or women's divisions.

With 19 goals in 11 appearances in 2018, one could be tempted into believing into it was business as usual for the London talisman as she claimed her third Golden Boot.

But in 2018 there was significant adversity for the prolific scorer, both from close competitors in the scoring race like runners-up Mahira Ali (Oakville Blue Devils), Nour Ghoneim (Vaughan Azzurri) and Angela Cutaia (Hamilton United Elite), and from personal injury.

In a turn that makes her third Golden Boot achievement even more incredible, Kovacevic missed two months of the 2018 League1 Ontario season with a bad injury. Remarkably, it was only her return match versus Hamilton where Kovacevic failed to find the net.

On six other occasions, she scored multiple goals - four to start the season versus Toronto Blizzard, two each against Aurora, Vaughan and Durham, and a hat-trick plus a brace in a comeback win away to West Ottawa to keep the London side top of the regular season table.