An abundance of talent was on display in 2018, as eight clubs dominate the All-Star first team lists... 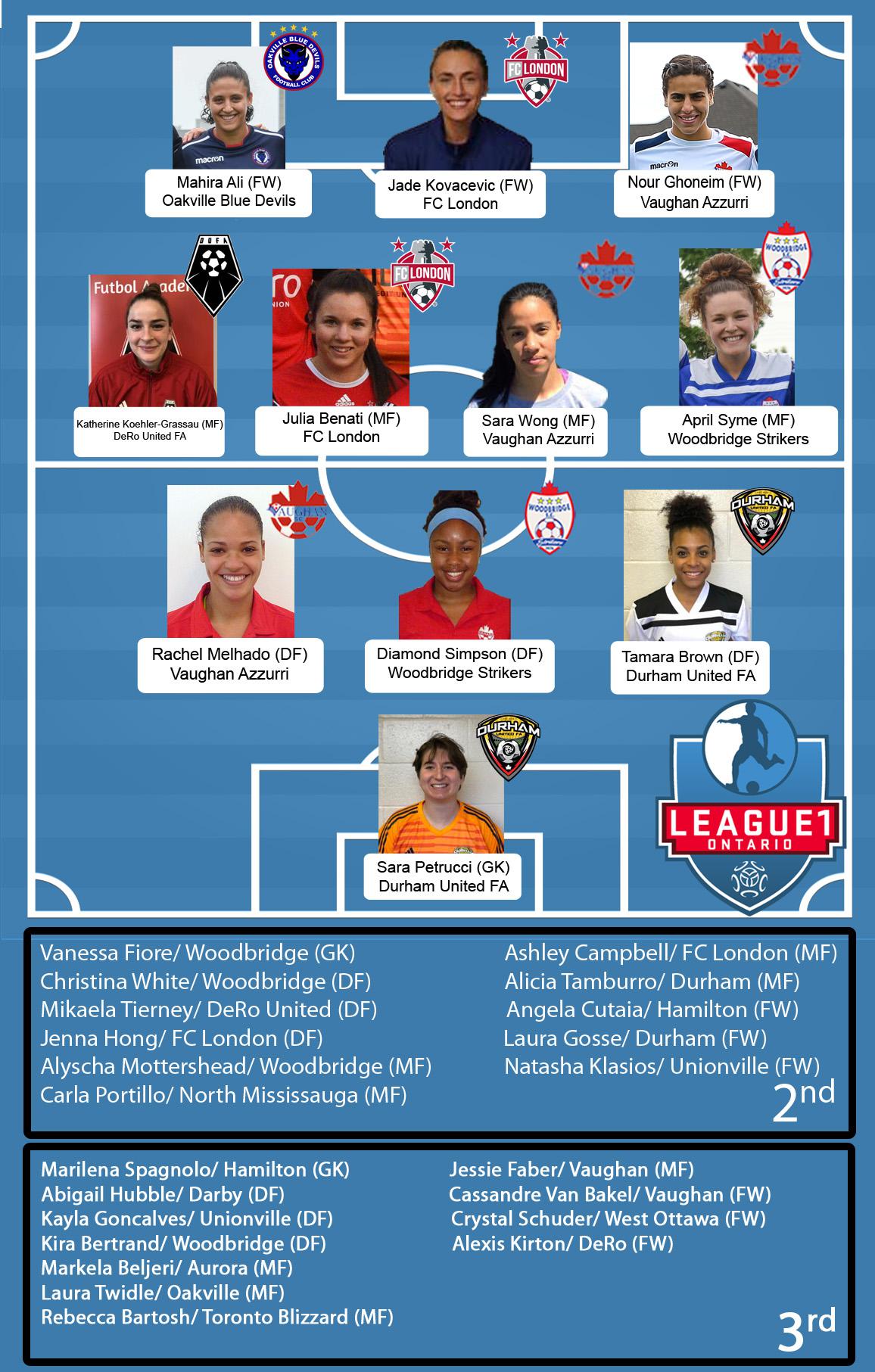 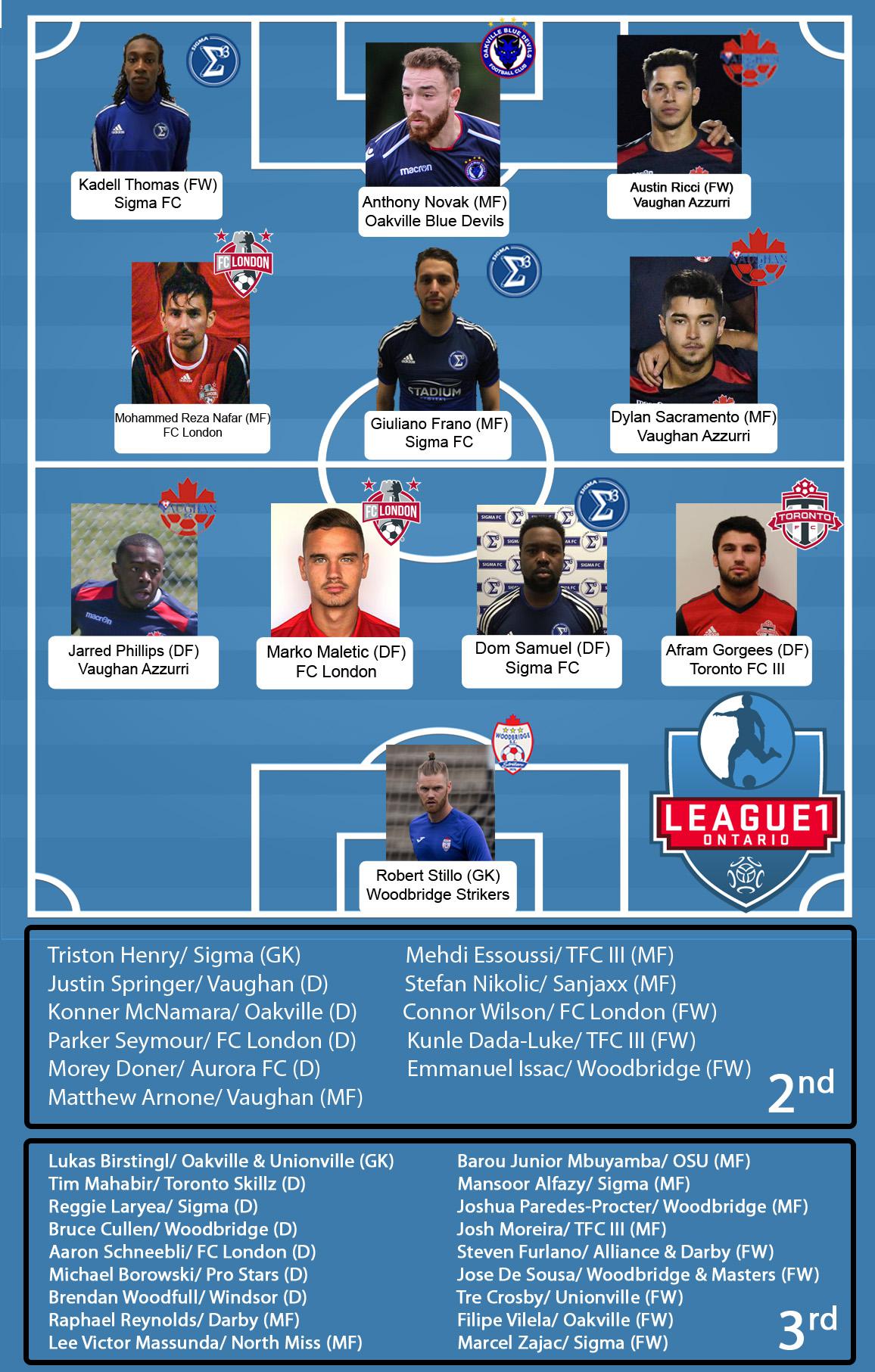 The 2018 League1 Ontario season was an absolute barn-burner, featuring a first-ever playoff format for the post-season and showcasing the province's top senior talent via 17 men's teams and 13 women's sides.

When the dust settled on this epic season, Vaughan Azzurri captured the men's title in playoffs, while FC London were first in the regular season. Vaughan Azzurri will now go on to represent League1 in the 2018 Canadian Championship.

On the women's side, Durham United FA toppled regular season leaders and defending league champions, FC London, on their way to a dramatic Championship Final triumph over Woodbridge Strikers.

Eight clubs dominate the first team XI of All-Stars in both men's and women's divisions, with a heap of talent on display overall.

Vaughan Azzurri leads the All-Star First XI list with six players in total selected. On the men's side, attacking players' Austin Ricci and Dylan Sacramento joined up with rampaging right-back Jarred Phillips in a men's trio. On the women's side, Nour Ghoneim, Sarah Wong and Rachel Melhado created a formidable gold-star trio of their own.

Women's Golden Boot winner, Jade Kovacevic, once again led the way for FC London from the front this season and was joined on the women's First XI list by midfield playmaker extraordinaire, Julia Benati. London wasn't done there, with Mohammed Reza Nafar and Marko Maletic on the men's side making it an even four All-Stars in total on the first team lists from the Southern Ontario powerhouse.

"The 2018 League1 Ontario season was an absolute barn-burner, featuring a first-ever playoff format for the post-season and showcasing the province's top senior talent via 17 men's teams and 13 women's sides."

Two clubs put forth a single player each to the First XIs: DeRo United FA midfielder Katherine Koehler-Grassau earned her spot in a year-end midfield four, while Toronto FC III right-back and prolific scorer, Afram Gorgees, put his name on the back of the final All-Star first team shirt.

Congratulations to all 2018 League1 Ontario All-Stars and their respective clubs and organizations! 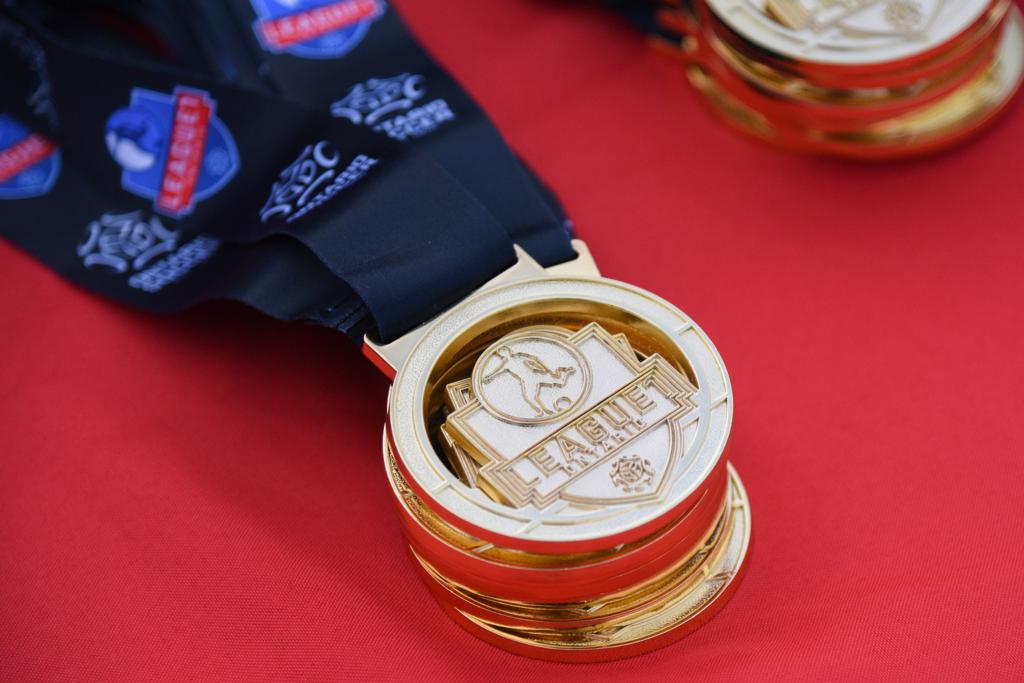