Dylan Sacramento wasn't worried when he missed his first shot of the game in the 30th minute of today's 2018 League1 Ontario Men's Championship Final.

His arms flew in the air with despair for a moment, but he quickly shifted his focus back to the task at hand.

The Azzurri midfielder knew the chances would keep coming, with Vaughan's speed on the flanks already causing trouble for the Woodbridge defence.

Five minutes after the narrow miss over the crossbar, Austin Ricci cut a ball back into the box after driving down the left wing. Sacramento (35') calmly pinged a left-footed curler into the top corner for the opening goal of the game.

Sacramento's fourth goal in his four playoff games proved to be the ultimate decider, and it came with the trust that his teammates would supply the service in their undefeated run to the championship.

"Austin and I have been connecting for quite a bit in the last few games," Sacramento told League1 Ontario. "I've been on a good run of goals, and I can attribute it to those guys cutting the ball back to me, making it easy for me to finish."

Now, in 2018, he's scored the winner in a 2-0 victory over the Woodbridge Strikers to lift the 2018 Men's League1 Ontario Championship. 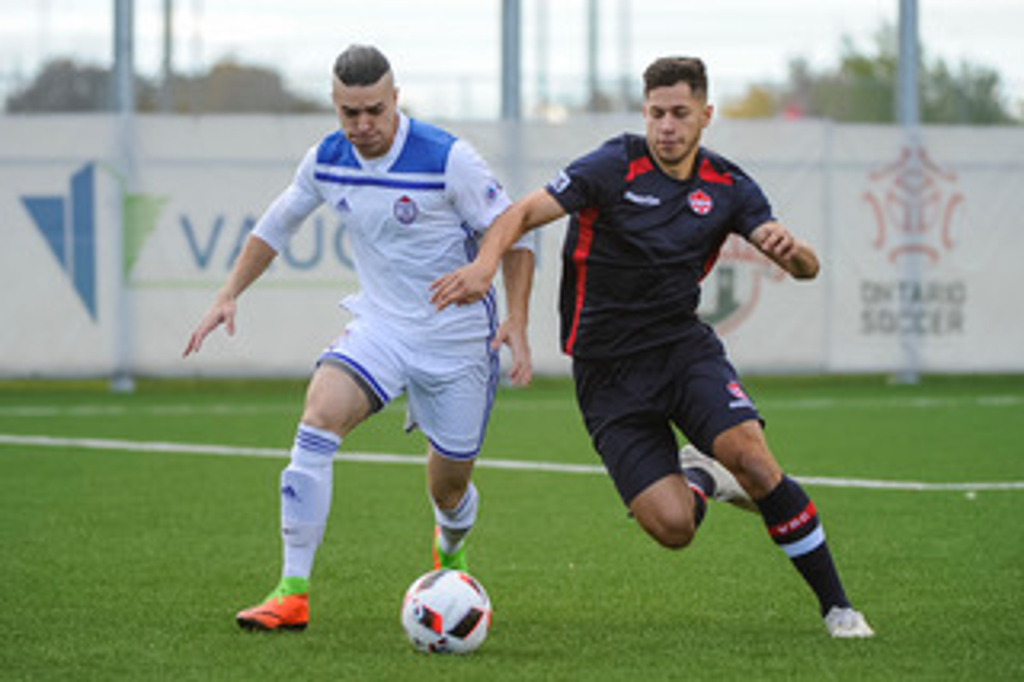 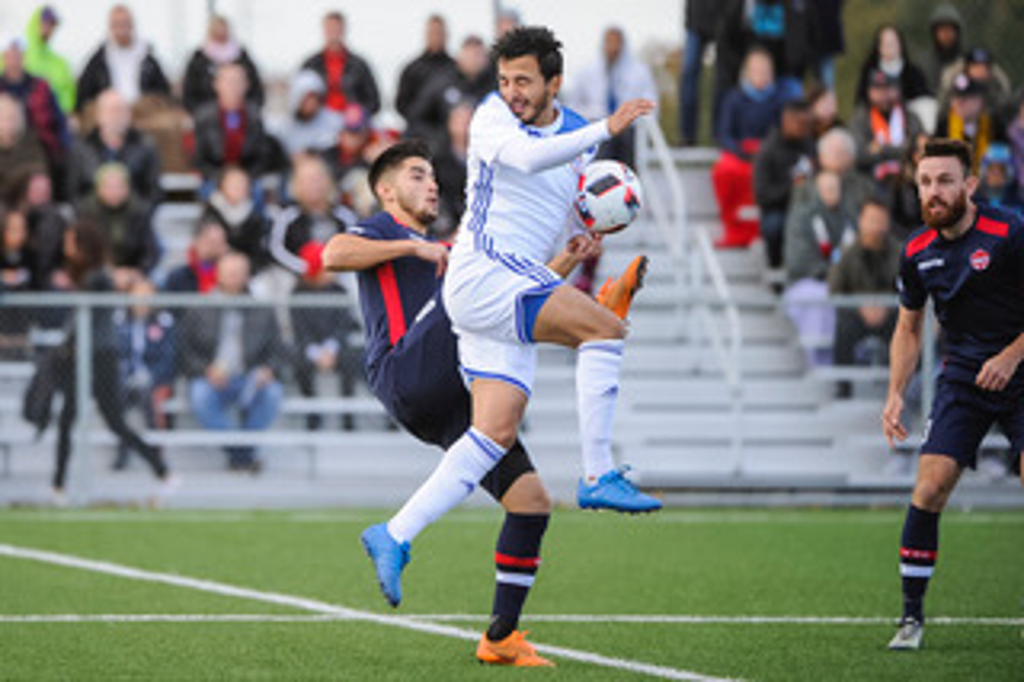 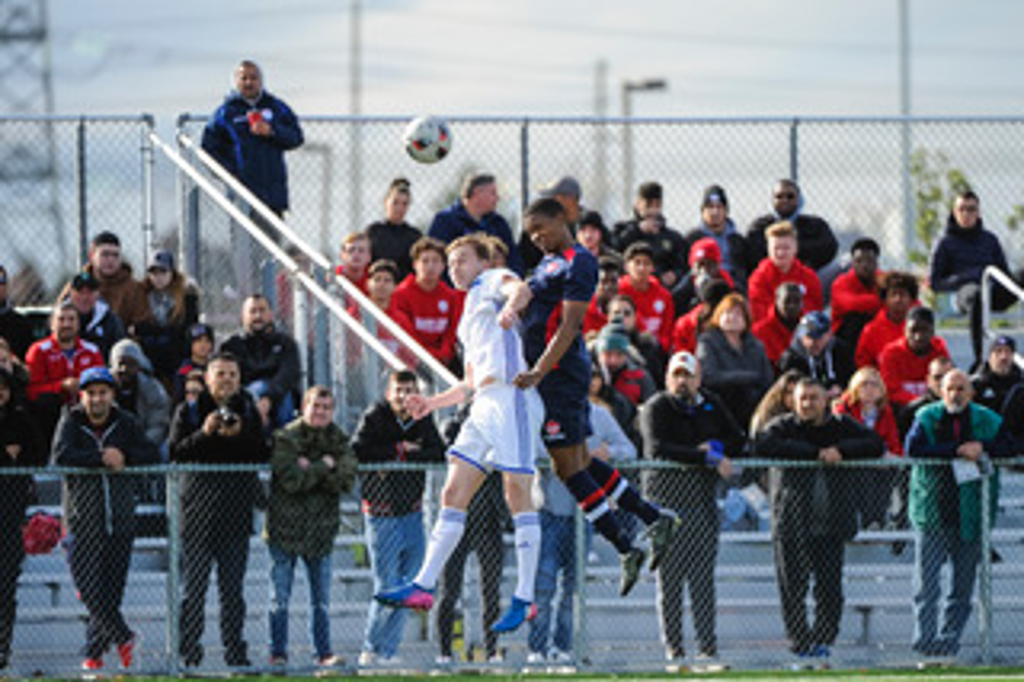 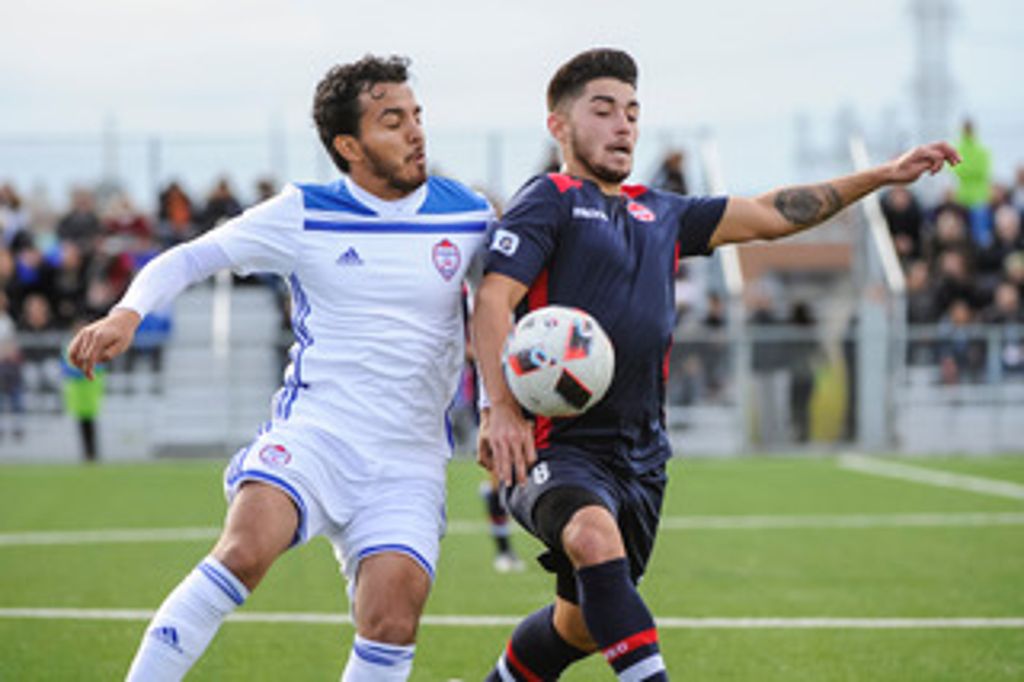 Vaughan marauded down the flanks with their wingers and fullbacks to pin the Strikers' defence deep in their own half, starting with a sixth-minute long ball to Ricci who put the shot wide. Daniel Cramarossa continued the onslaught along the sidelines with a cross to the far post that Jarred Phillips thumped away from goal.

Attacking from wide areas was the game plan for Carmine Isacco's squad, whose fullbacks contributed on both sides of the ball.

"We created in the first half with ball possession," Isacco said. "Second half, we did what we always do in transition defensively."

"I thought we created a lot of chances from our good defending."

Woodbridge were left to absorb pressure and break quickly to make forward progress. Michael Krzeminski led a three-on-two counter attack in the 18th minute only for the shot to go straight to the safe hands of Vaughan keeper, Matt George.

The Strikers countered again two minutes later. This time, Krzeminski's shot beat George, but Justin Springer tracked back to clear the ball off the line to keep the clean sheet.

Woodbridge wanted to make changes in the second half, but an injury forced right back Bruce Cullen out of the game after half-time, giving problems for Strikers' head coach Peter Pinizzotto.

"He just couldn't go," Pinizzotto said. "That's too bad because he was doing well. We missed him in the second half." 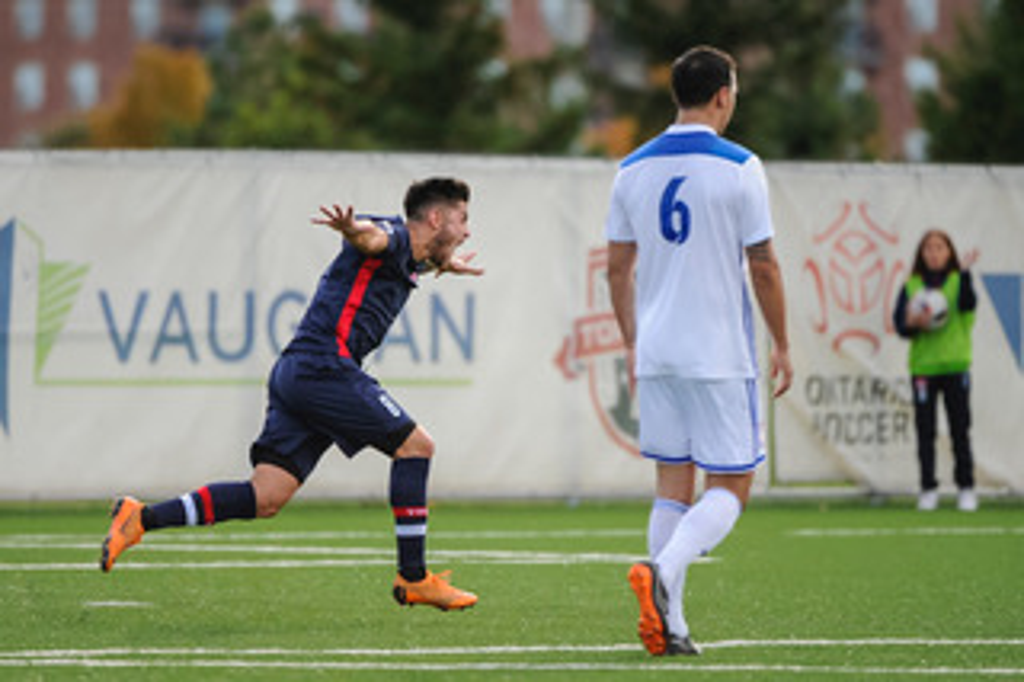 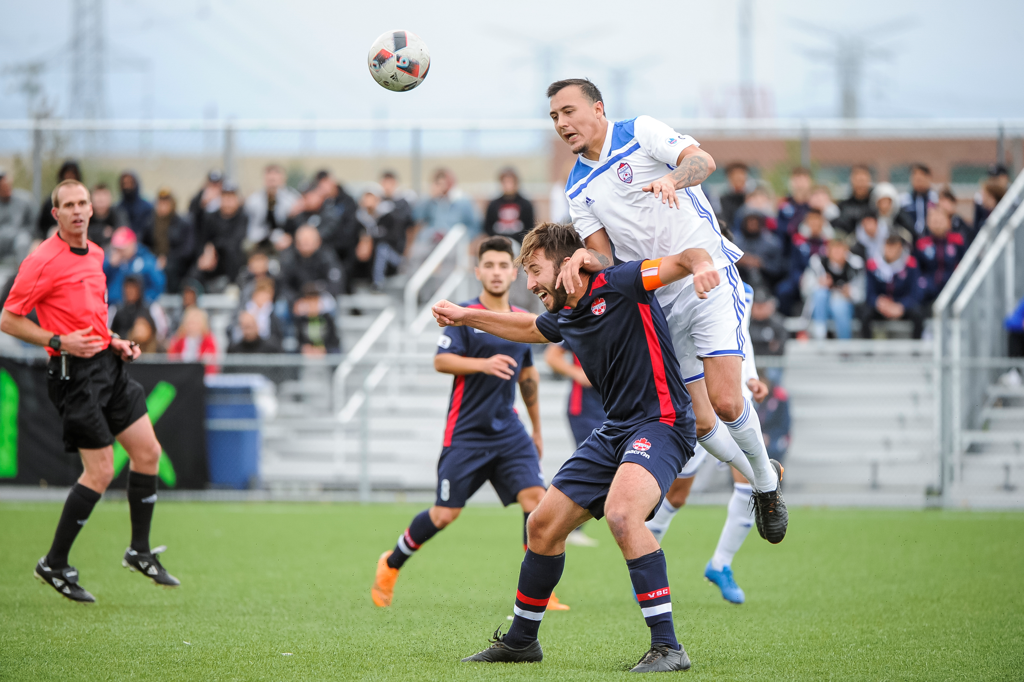 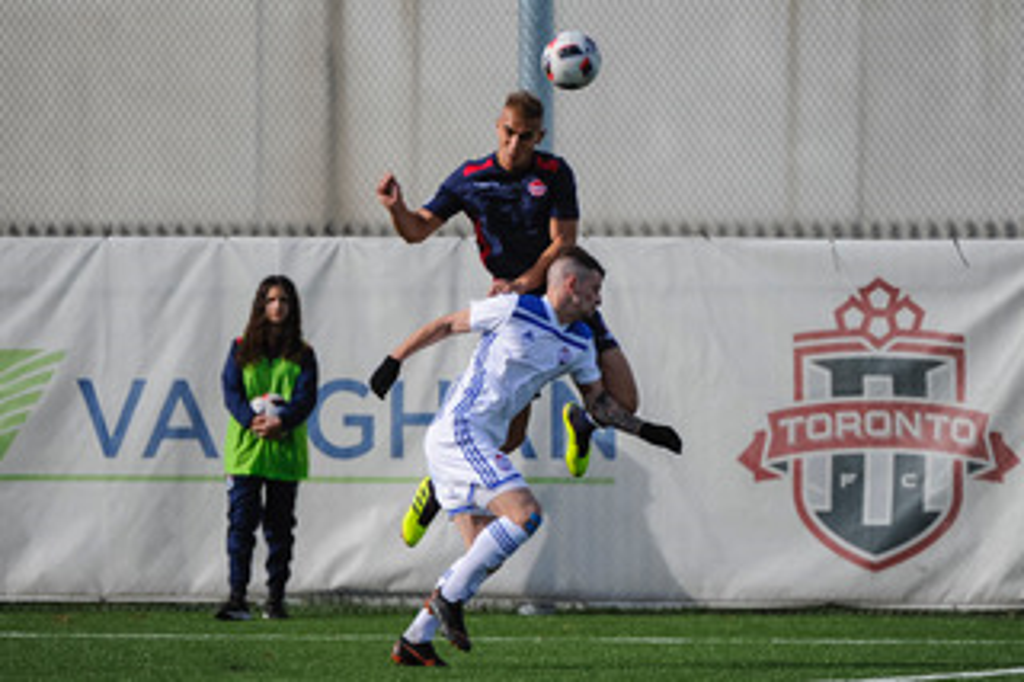 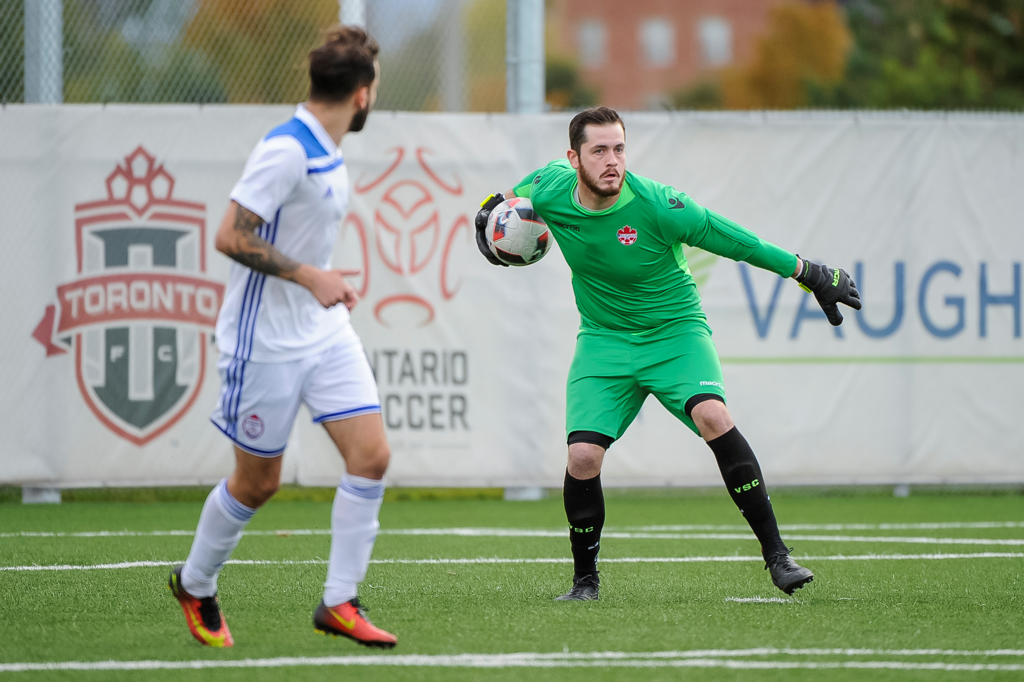 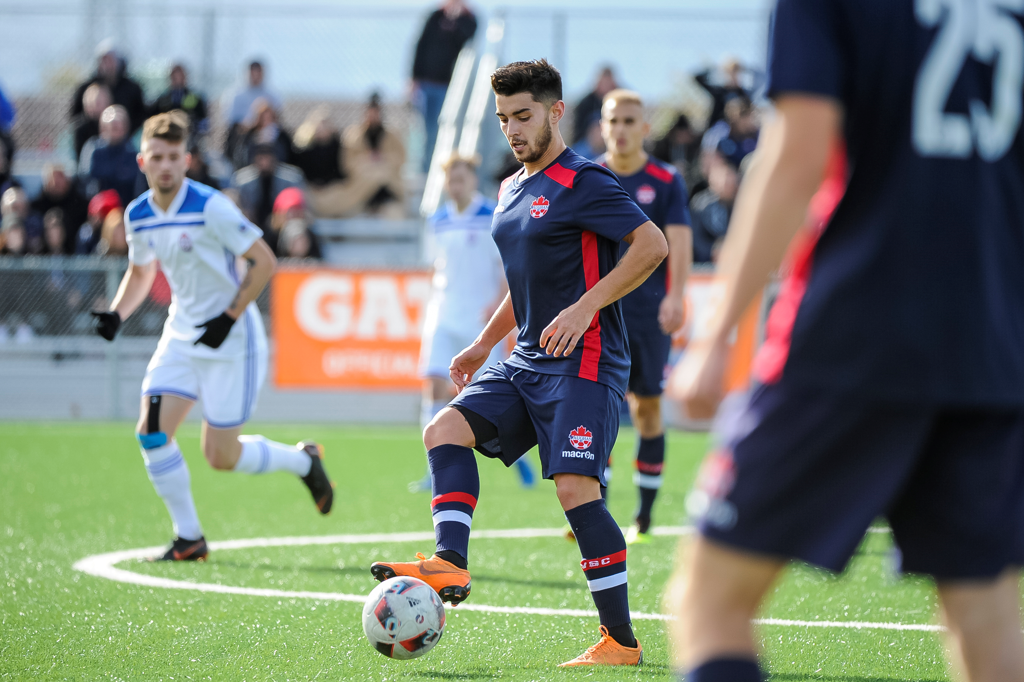 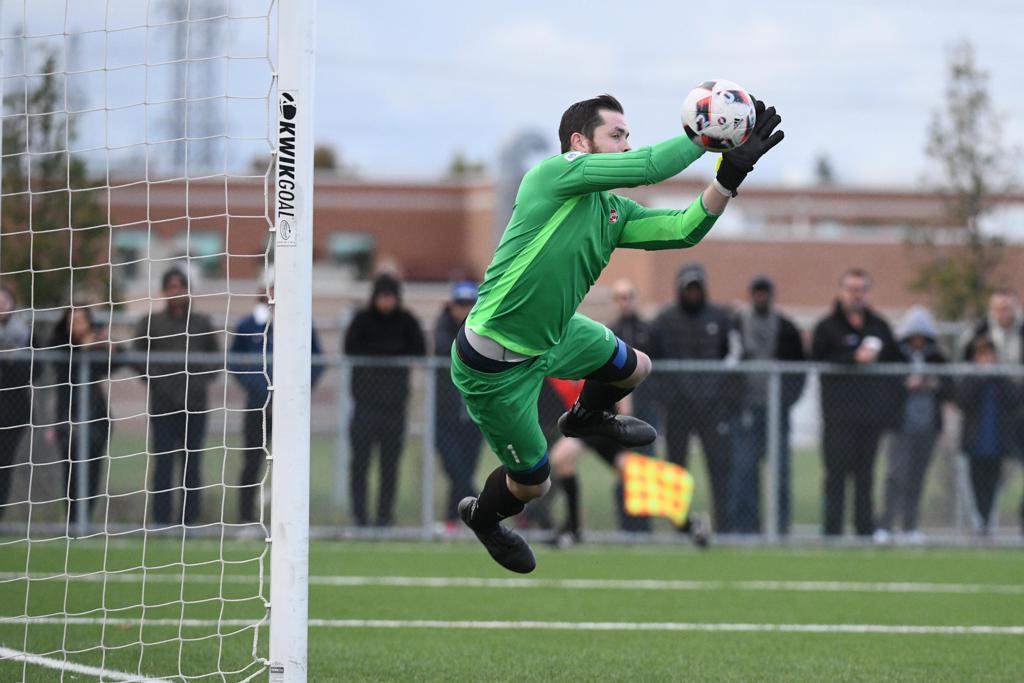 The Strikers’ made second half changes to chase the game. Introductions of Tyrell Rayne, Jose Melo, and 17-year-old Isaiah Johnston brought more balance in attack for Woodbridge, but Vaughan’s defence tightened up to limit their rival's opportunities.

Strikers' substitute and free-kick specialist Federico Leal was given an ideal setup after a foul in front of the box in the 87th minute. His shot dipped over the wall, but George dove to make the save and preserve the lead and clean sheet.

Brandon Mills' through ball late in the game led to a chance for Ricci (89') to go one-on-one with Roberto Stillo. The ball rolled smoothly into the corner, putting the game to rest at 2-0.

Vaughan Azzurri lift their second League1 Ontario title in five years, earning their second "Double" after they first did so in 2016.

The win earns the players a berth in the Canadian Championship for the semi-pro club, an exciting opportunity for the players and coaches involved.

"This club hopefully just grows from here. These are the culminations of our work." 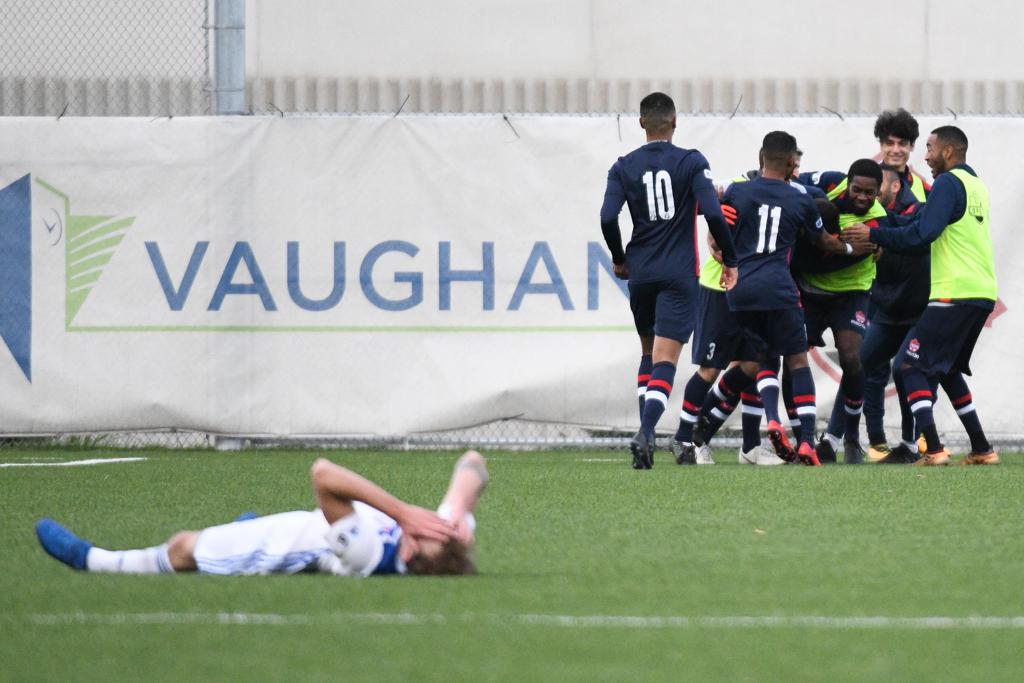 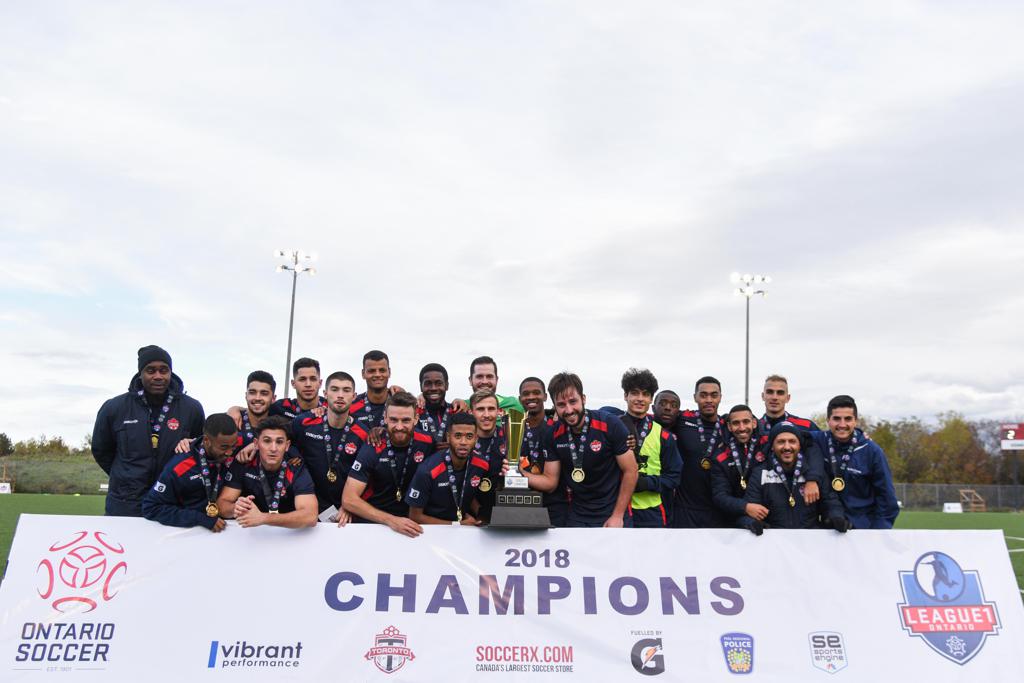