Two goals before the 20th minute for the Woodbridge Strikers and a penalty just before the hour mark capped off a 3-0 victory over Unionville-Milliken S.C to advance the Strikers to the 2018 League1 Ontario Championship Final.

With the home side Strikers being aware of the recent result from the other Group B match-up, where Sigma FC claimed a 3-2 victory over the Strikers' closest competitor, Oakville Blue Devils, the Strikers knew that a victory would be enough for them to advance to the Championship Final.

Woodbridge created a couple of chances on goal within the first ten minutes of play, and were rewarded as Jose De Sousa (13') received a well-timed through ball from Michael Krzeminski. The forward placed his shot in the bottom right corner to give the home side a 1-0 advantage.

Five minutes later, Woodbridge added to their lead off a Mathew Santos (18') strike. Santos turned past his marker and fired a shot into the bottom left to extend his team's lead to 2-0.

Unionville would have a great opportunity to cut Woodbridge's lead a minute later, but keeper Roberto Stillo made one of his four saves on the day to deny the visiting side.

With four forwards moved up the pitch in the hopes of getting a goal back, Unionville were not short on numbers in the final third, but still could not find the necessary chemistry to mount successful attempts on goal. 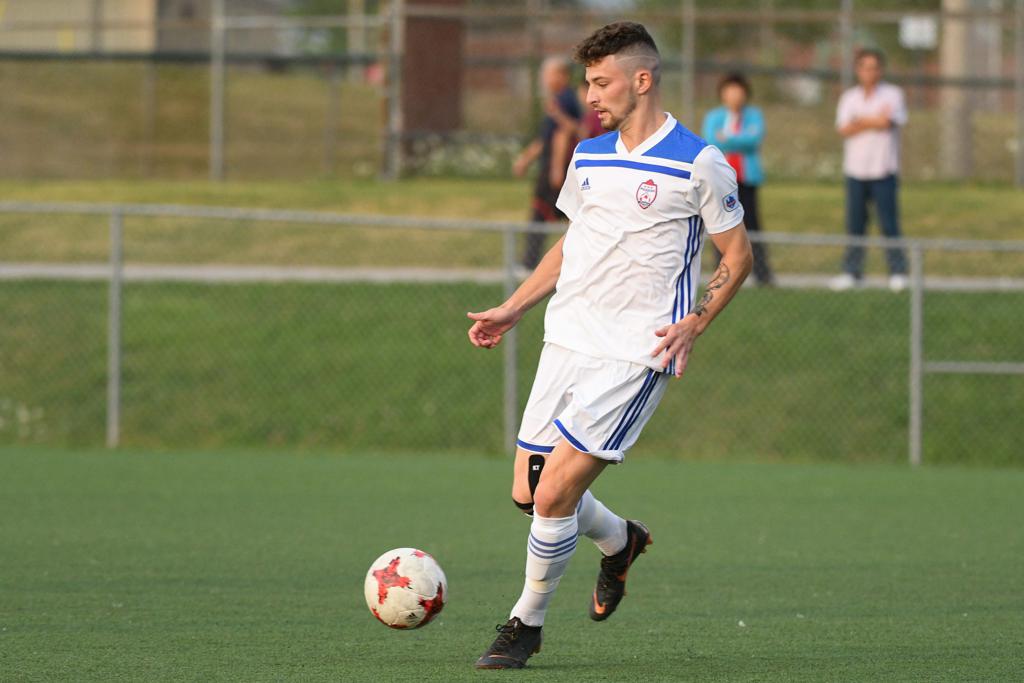 Coming back from the half-time break, Unionville made three subs in the hopes of sparking some energy into their lineup.

Attack-minded players Duwayne Ewart and Jarek Brome entered the match, alongside centre back Marc Jankovic, who looked to clog up the middle of the pitch.

With Woodbridge already holding a strong lead in the second half, the home side began to play in a more defensive shape, drawing their opponents forward well and opening up space for counter-attacks to try and find the insurance goal.

Unionville would concede a penalty kick just before the hour, after a defender took down full-back Bruce Cullen inside the box, and Santos (57') was able to convert his second of the night for a 3-0 lead.

Heading into the final twenty minutes of play, Unionville would force more shots on net, but Woodbridge keeper Stillo stood tall and denied any chance coming his way.

The match would be suspended in the 90' + 1' minute, as match officials and team staff attended to an on-field emergency to a Woodbridge player.

In light of the emergency, both Woodbridge Strikers and Unionville-Milliken S.C coaches agreed for the match to be suspended and registered as complete, resulting in Woodbridge claiming a 3-0 victory.

With the win, the Strikers advance to their second straight League1 Ontario championship, where they will take on fierce rivals Vaughan Azzurri on October 20 (3:00 p.m.) at the Ontario Soccer Centre Stadium.