Dylan Sacramento (8') headed Vaughan Azzurri to a 1-0 victory against 10-man Alliance United at the Ontario Soccer Stadium on Thursday.

Jarred Phillips swung in a cross from the right to find an open Sacramento, and the midfielder guided the ball out of the reach of Alliance goalkeeper Mark Rogal and into the back of the net.

Vaughan now sit as the lone undefeated team in Group A of the 2018 League1 Ontario playoffs. A draw in their final match against FC London should ensure a berth in the Championship Final.

The Azzurri set the tone early from the opening whistle. Austin Ricci stormed down the left wing, dribbling past defenders on a solo slalom run. Rogal stepped up to make two saves in quick succession.

Ricci burned his way along the left again in the 11th minute, this time leaving Russell Rodrigues stumbling onto the ground. The winger put a low cross into the box, but nobody was able to get on the end of it to finish the chance. 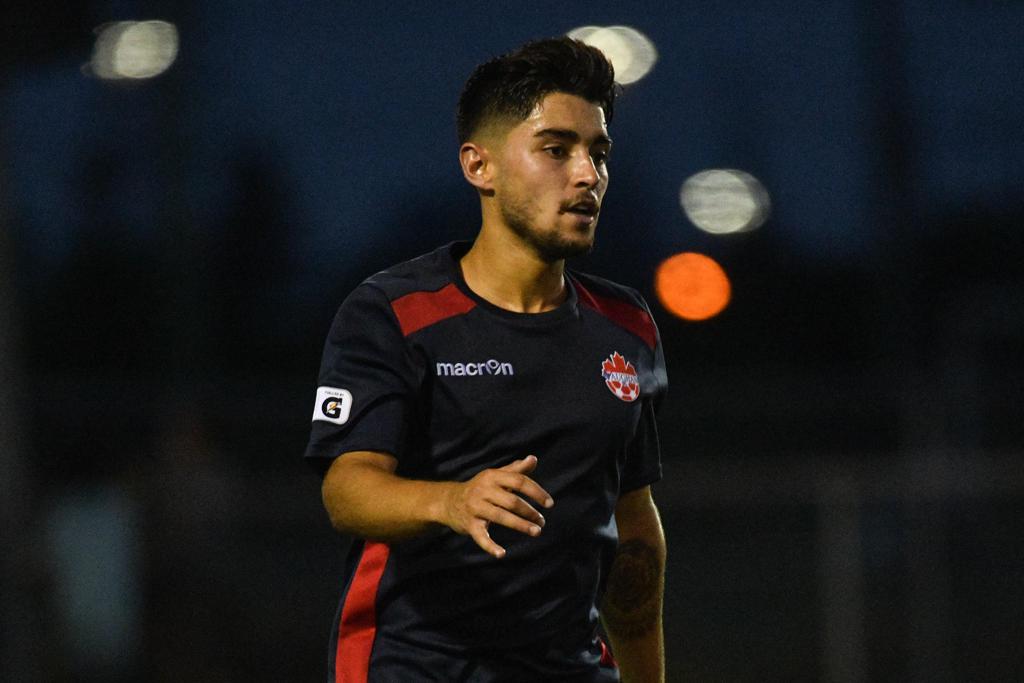 Alliance created chances in the first 45 minutes, but they weren't able to put a finishing touch to them. Oswald Adu pinged a weighted through ball while Steven Furlano stayed onside. Vaughan goalkeeper Matt George stepped off his line to grab the ball. Furlano tripped, but the referee ignored the pleas for a penalty or diving call.

Vaughan continued to control the game, leaving Alliance without a shot attempted in the first half. But momentum switched sides to start the second half as Alliance started to push for an equalizer.

In the 57th minute, Furlano smashed a free kick that looked destined for the top corner, but George leapt and reached to save the day.

Alliance continued to pile on the pressure as they tried to bypass the Vaughan defence. Nirunthan Sivananthan flew high to reach a high cross, but the header was saved.

At the 70th minute, Furlano looked to have gotten past the defensive line as he put the ball in the back of the net, but the assistant referee raised his flag for the offside call.

Both teams battled into the dying minutes of the match, putting in stiff tackles until the very end. Lukas McNaughton received two yellow cards in the span of four minutes as he was thrown out of the game in the 87th minute after seeing a red card. Vaughan substitute Jason Mills controller the ball to the corner as the Azzurri held on for the win and the clean sheet.

Vaughan Azzurri (2-0-0) now sit alone at the top of Group A with six points. They haven't conceded a goal so far on the road to the final.

Vaughan's last group stage match will be at the London Marconi Club when they visit FC London on Oct. 12 (8:30 p.m.).

Click here to keep up on all the news, goals, wins and statistics for Vaughan Azzurri on their team page.

Alliance United (1-1-0) flipped the script in the second half as they held Vaughan to zero shots attempted in the last 45 minutes, but the loss leaves their destiny out of their hands. They drop to second place with three points.

Alliance's final matchup will be at Centennial College, Toronto, when they host Darby FC on Oct. 13 (3:30 p.m.).

Click here to keep up on all the news, goals, wins and statistics for Alliance United on their team page.