Vaughan Azzurri kicked off the 2018 League1 Ontario playoffs in style on Saturday with a Dylan Sacramento (56', 74') brace helping them to soundly defeat Darby FC 4-0 and assume first position in Group A.

The cross-field wind and low temperatures at the Ontario Soccer Centre, Vaughan, were a force to be reckoned with on this unusually chilly autumn evening, but Vaughan started brightly and kept their focus on the task at hand.

Just past the half-hour mark, forward Austin Ricci spun his way deep into the Darby 18-yard box with a neat one-two pass and some smooth dribbling. His cross was finished by captain Mario Kovacevic (31') to open the scoring in Vaughan's post-season campaign.

The Azzurri continued with this tactic in the second half, driving down the left wing and looking for entry points into the penalty area. The approach paid off again when a ball was chipped back to Sacramento, who finished the chance on the volley to double the lead just before the hour.

Two minutes later Vaughan found the insurance goal when Jarred Phillips (58') slid in and finished from yet another cross from the left side. Sacramento completed his brace for the night and put the result out of sight with 15 minutes still to go, smashing in a volley from up close. 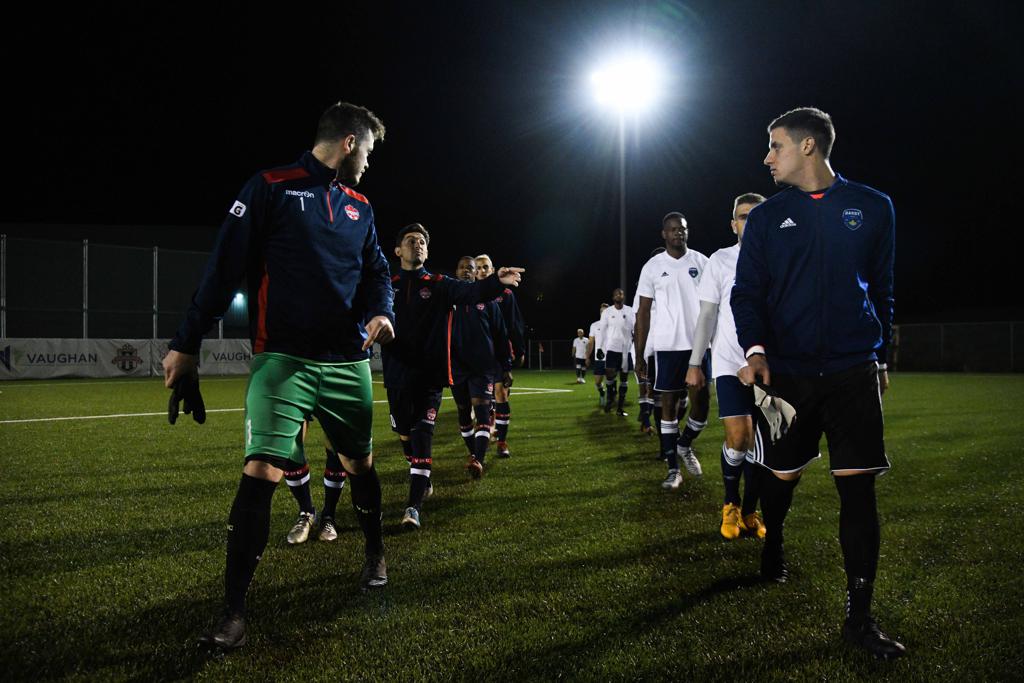 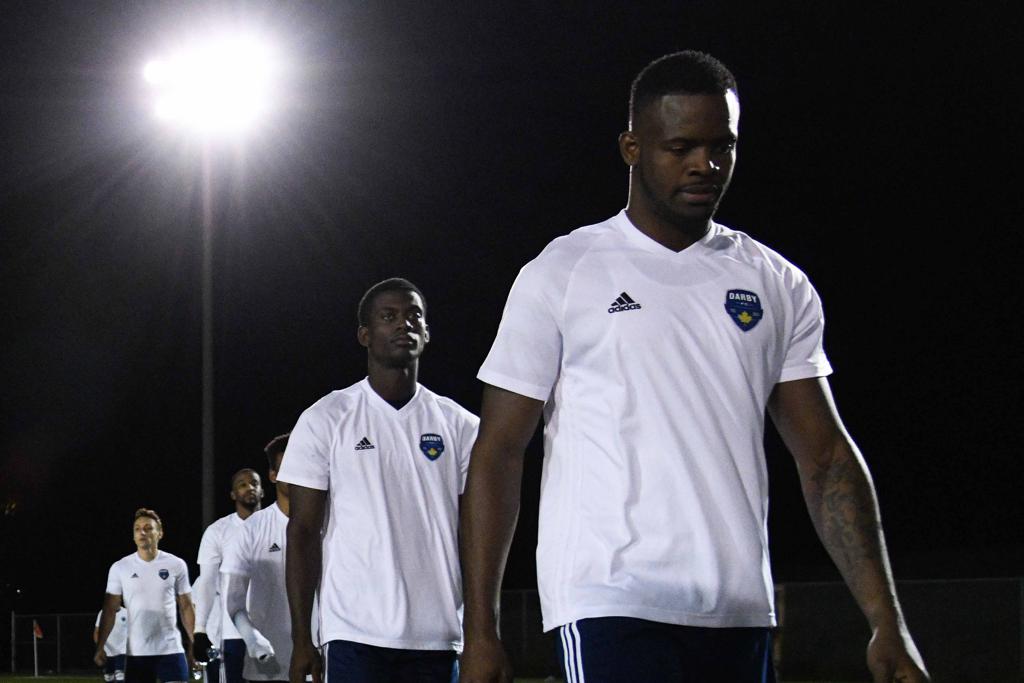 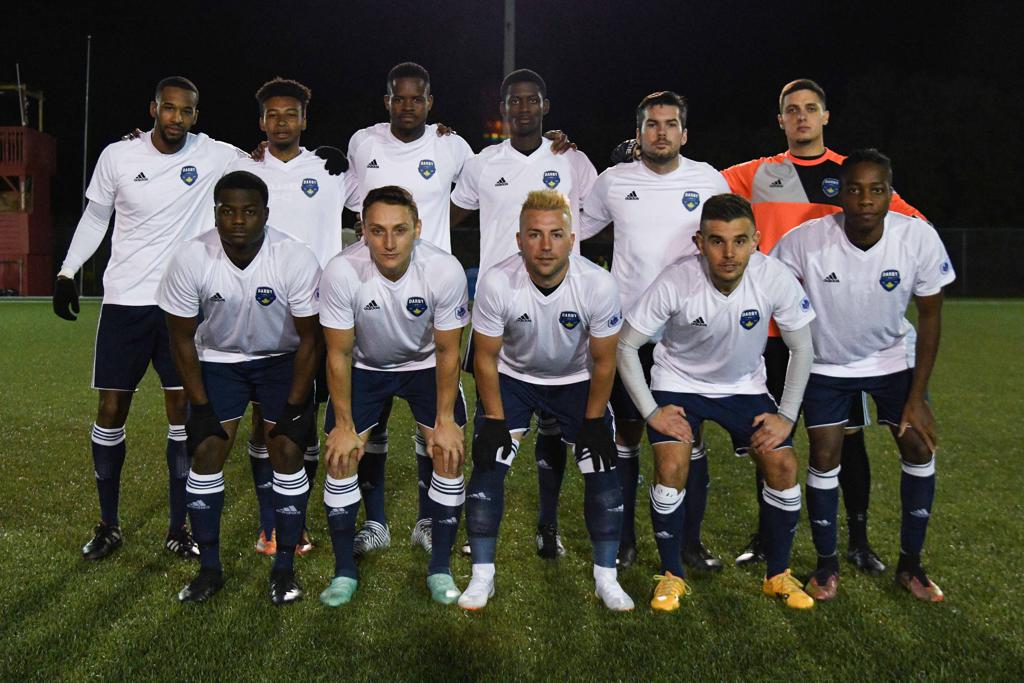 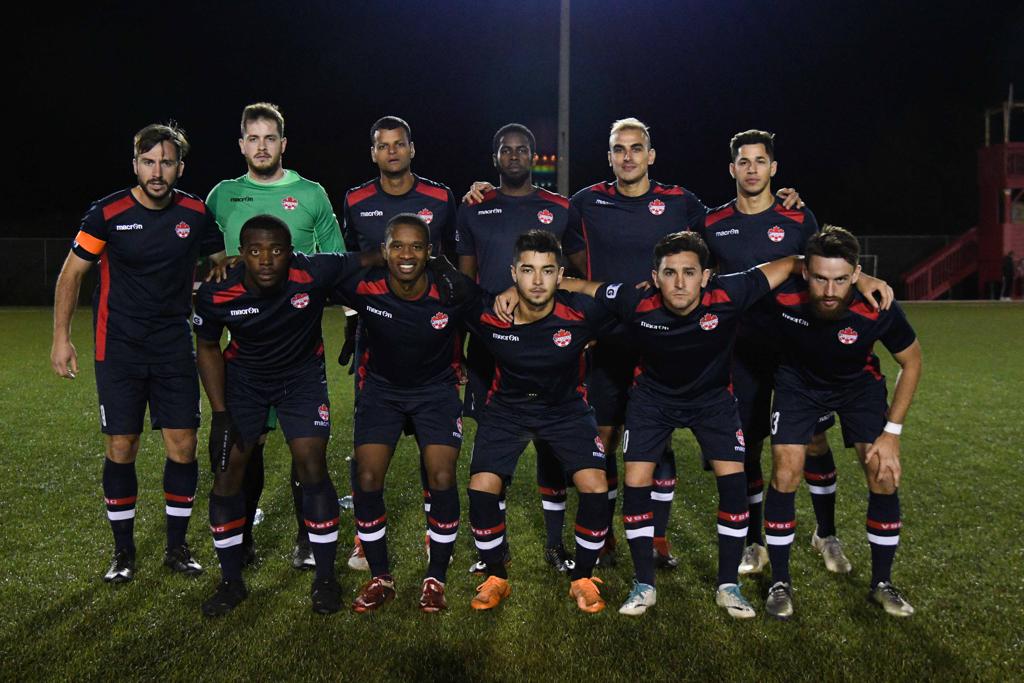 Both teams were physical from the first whistle onward as they battled for control of the game.

A clash of heads between Vaughan's Matthew Arnone and Darby's Michael DiRennzo stopped the game momentarily in the 12th minute. Arnone was back in action in no time, immediately leaping into the sky to thump the next defensive header back into the Darby half.

DiRennzo had to bandage his head before returning to the field of play, and he was eventually subbed off late in the second half.

Darby had a good chance in the first half to equalize, when Nashon Campbell burst through the Vaughan defence and was through on goal, but his shot was saved by Matt George, who earned the clean sheet for his team. 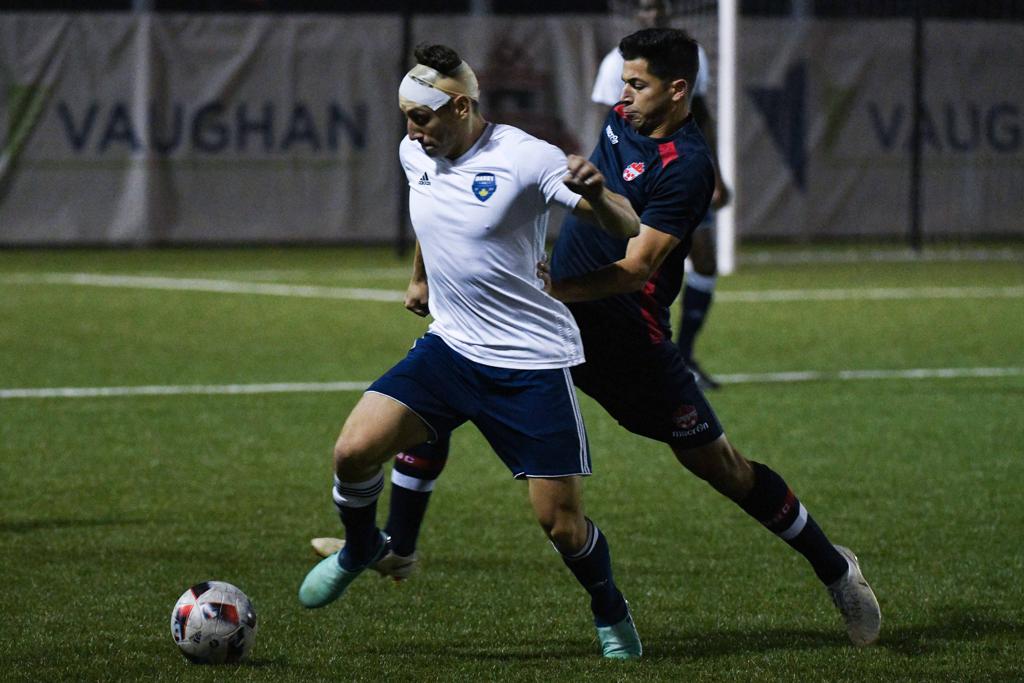 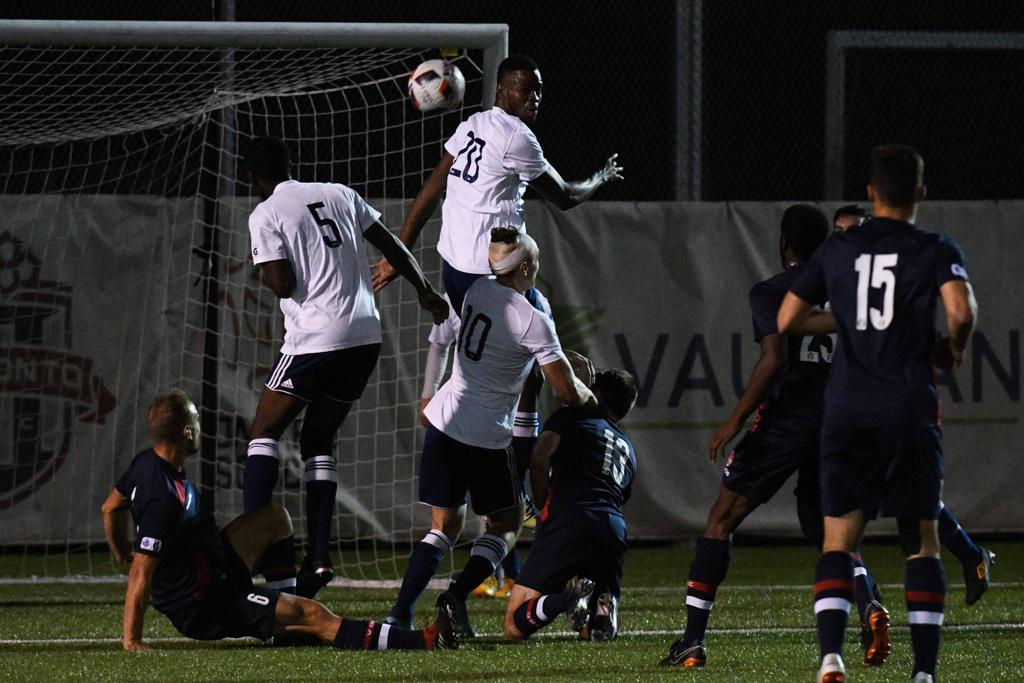 With the victory, Vaughan move into first place of Group A with three points and a goal differential of +4 (4 GF, 0 GA).

The Azzurri's next match on the road to the Championship Final is back at the Ontario Soccer Centre, Vaughan, where they will host second-place Group A side, Alliance United FC on October 4 (9:00 p.m.).

Darby drop to fourth place in Group A with a goal differential of -4 (0 GF, 4 GA), but they have two more games to battle their way up the standings.

Darby will welcome FC London to the Whitby Soccer Centre, Whitby for their second group stage game on October 6 (6:00 p.m.).