"Especially when we missed the first two shots, we thought that this was done. But this is the beauty of the sport of football. You never know what happens until the last whistle's blown." 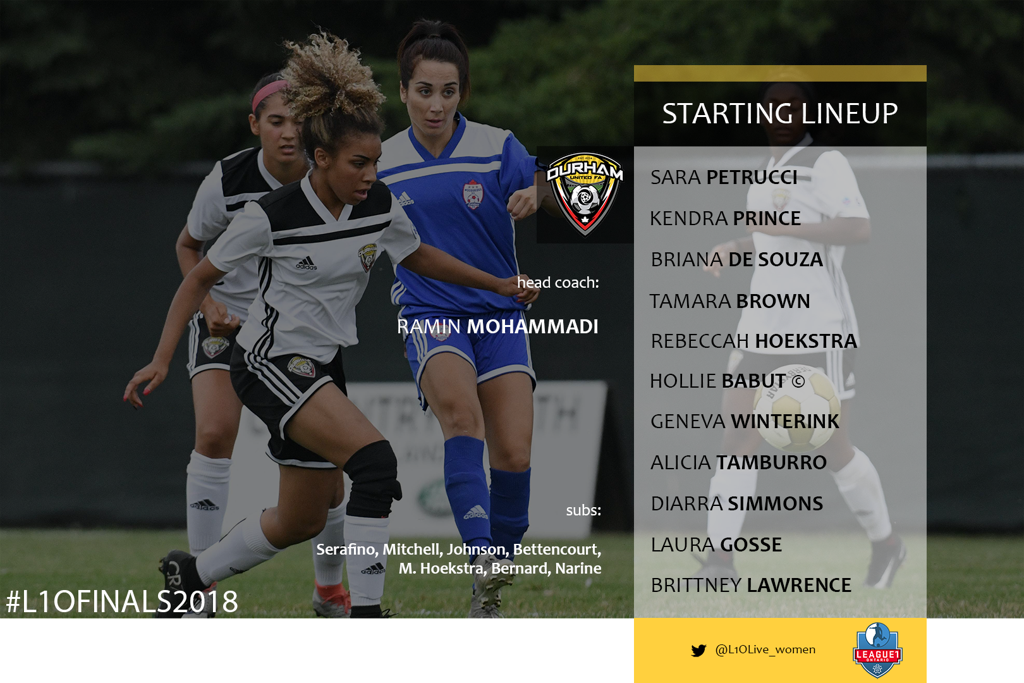 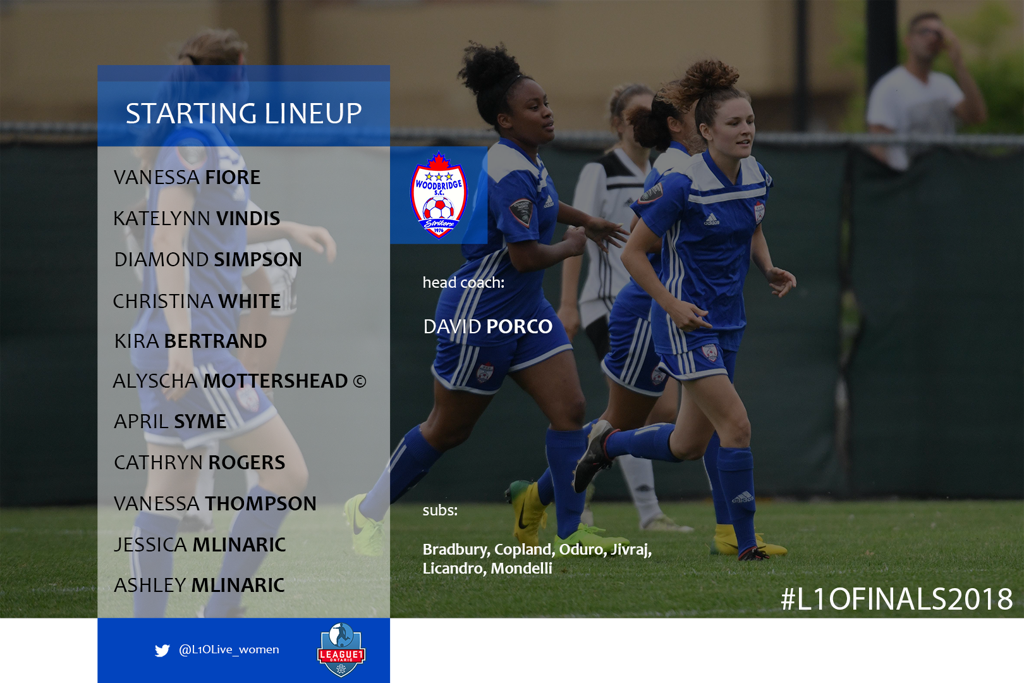 Durham United FA had to hit the lowest of lows in order to feel the highest of highs.

The 2015 champs took a beating over the 120 minutes of play in the scorching hot conditions at the Ontario Soccer Centre, Vaughan, eventually holding on for penalties against the Woodbridge Strikers in the 2018 League1 Ontario Women's Championship Finals.

Laura Gosse and Hollie Babut stepped up to the spot, only to have their penalties saved by Woodbridge goalkeeper Vanessa Fiore. Durham hearts sank as the Strikers took a 2-0 lead in the shootout.

The Pickering side were down for the count, but head coach Ramin Mohammadi reminded his team that anything goes in penalty kicks.

"Especially when we missed the first two shots, we thought that this was done," Mohammadi said. "But this is the beauty of the sport of football. You never know what happens until the last whistle's blown."

Fortunes soon changed for the Pickering side as Joyce Johnson buried her shot, and Sara Petrucci saved Christabel Oduro's spot kick to claw one back.

A score from the finals MVP Tamara Brown and Melanie Hoekstra, along with a miss from Alyscha Mottershead, had Durham within one save of the title. 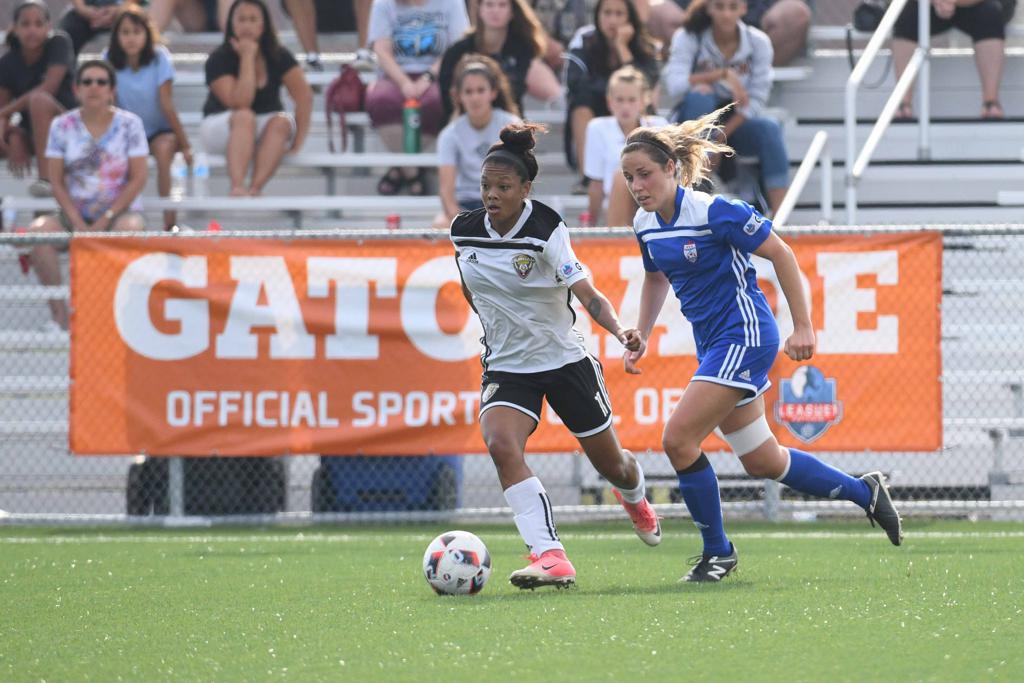 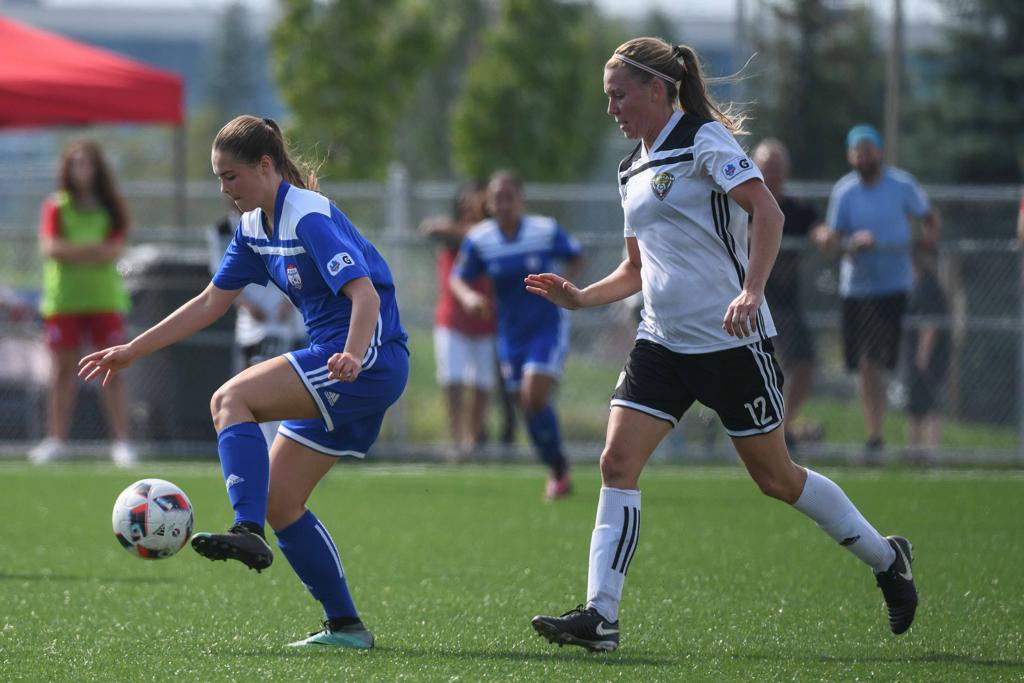 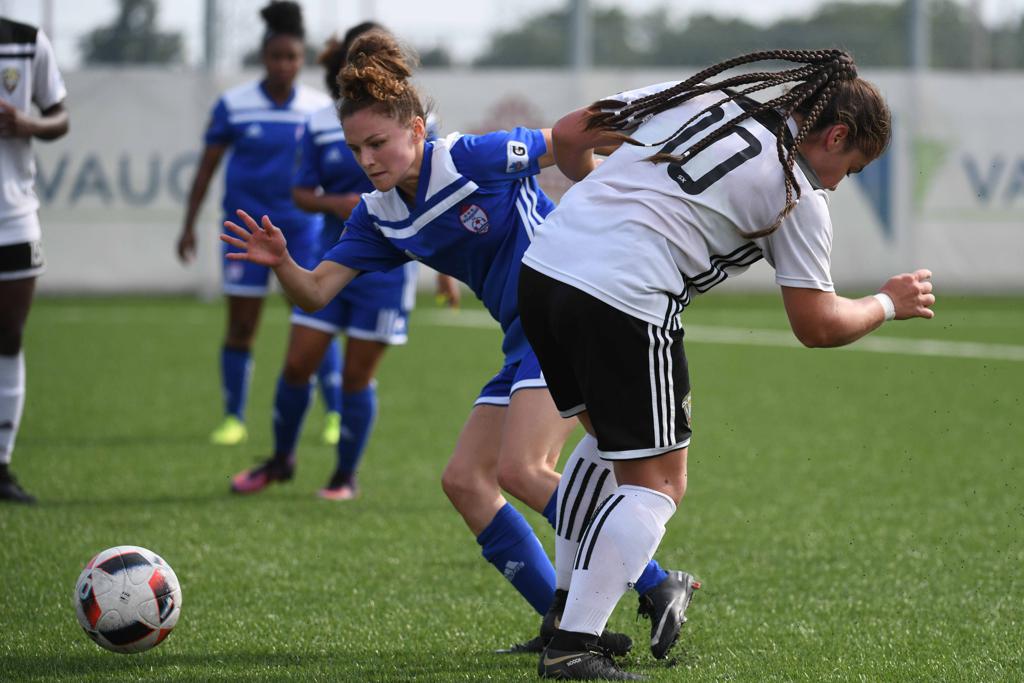 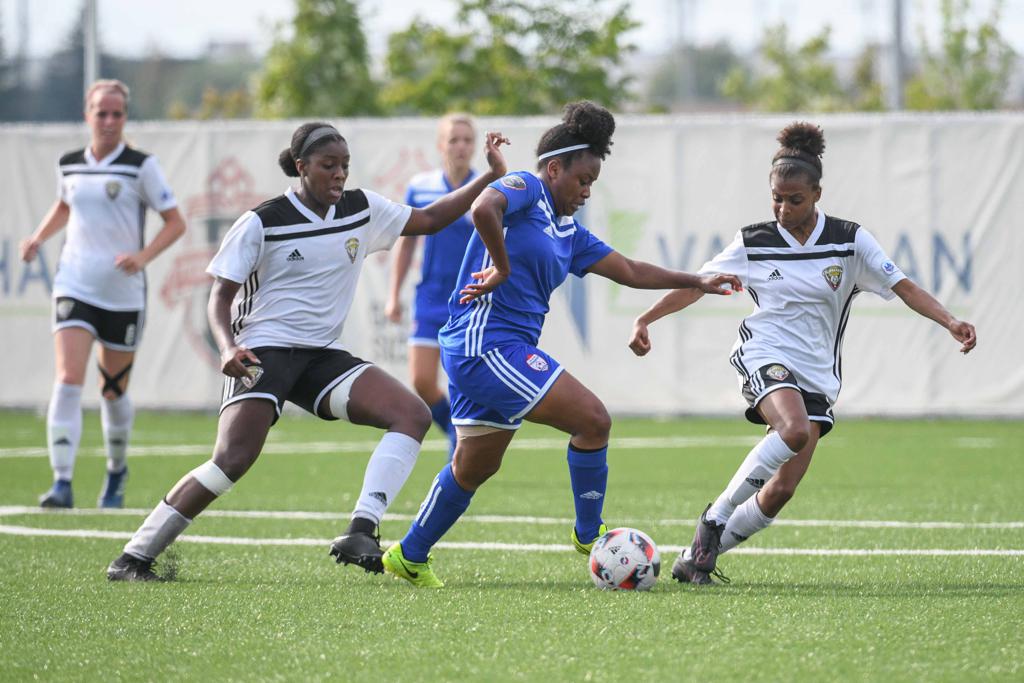 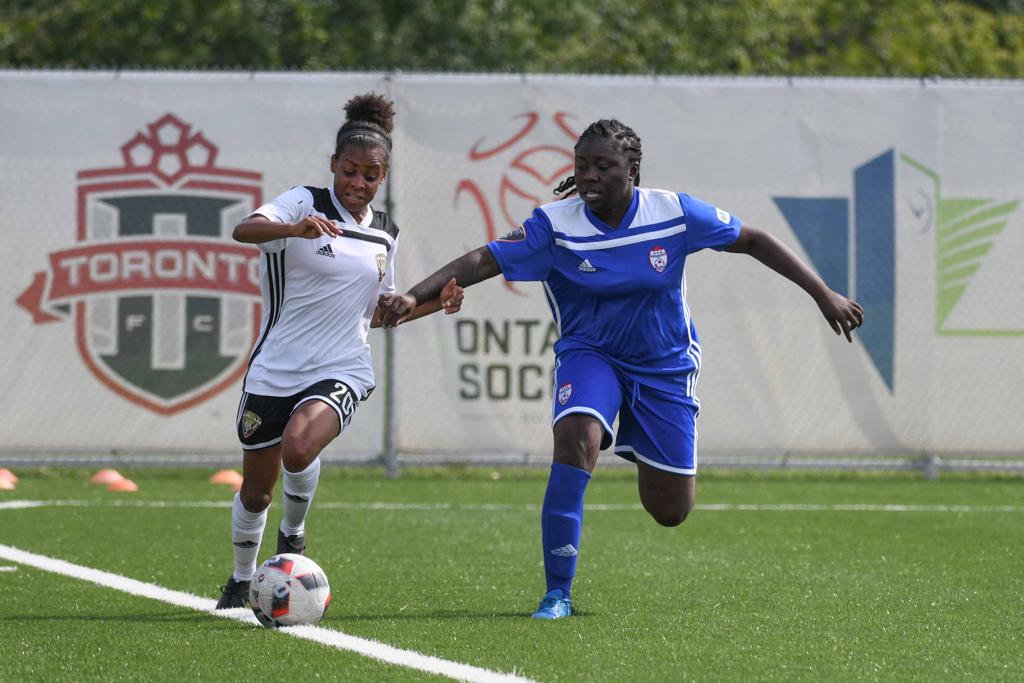 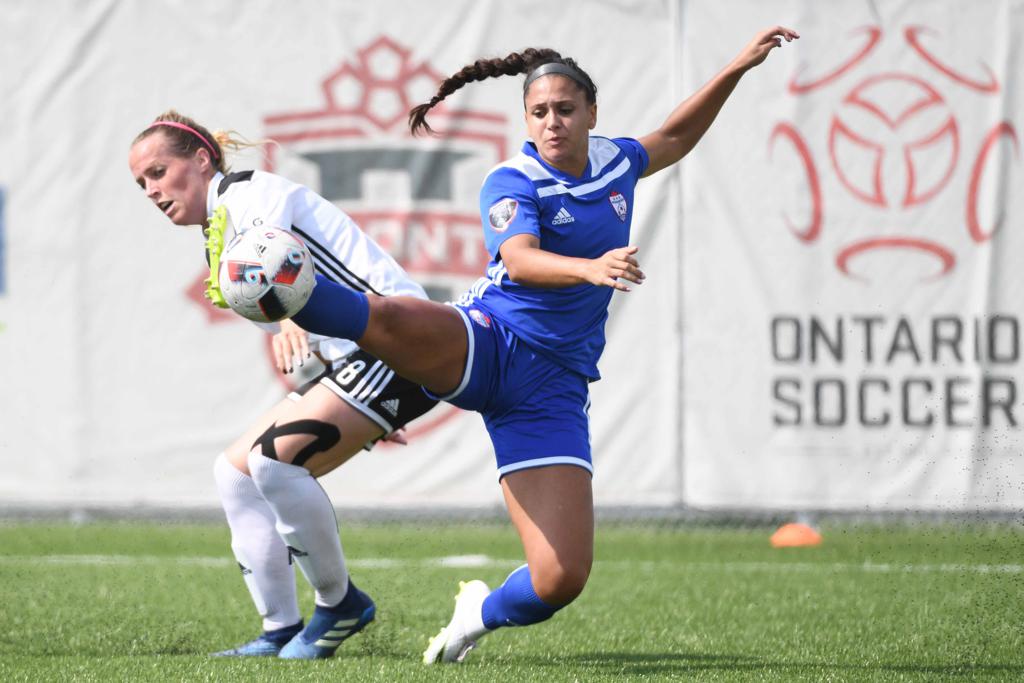 It was a tough battle for Durham, who played in their defensive 4-1-4-1 shape - the same tactic that punched their ticket into the finals after a 2-1 win over FC London.

Durham understood the gravity of the situation going up against a relentless Woodbridge attack. Coupled with the high temperatures, the 2018 champions had to fight tooth-and-nail to battle opponents, cramps, and heat exhaustion.

"They just went through 120 minutes in the heat," Mohammadi said. "I think they really wanted it."

"And we asked every player if they're ready to play if they can continue. They just said they want to play."

Woodbridge started in a 4-2-3-1, but made a second half switch to their 3-5-2 formation that brought them success all season. The introduction of Christabel Oduro and Calaigh Copland revitalized their forward line, but the team was disappointed to let the game go to chance in the penalty shootout after controlling most of the possession and having the best of chances to score.

Durham had the first shot on target for the day, but Woodbridge didn't allow another chance to get near their box until 40 minutes later. The misfortune of not finishing chances will be a tough pill to swallow for head coach David Porco and his Strikers.

"Obviously, you don't want to get this close, and it's a hard lesson that you learn," Porco said. "You can't miss five or six chances because going into penalty kicks, it's anybody's game." 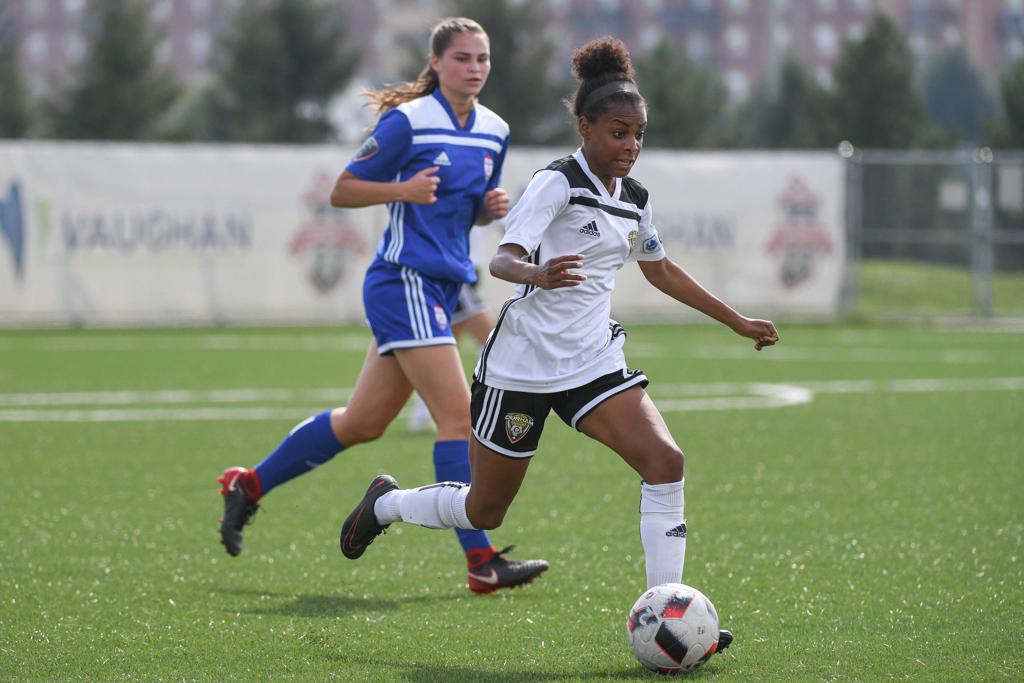 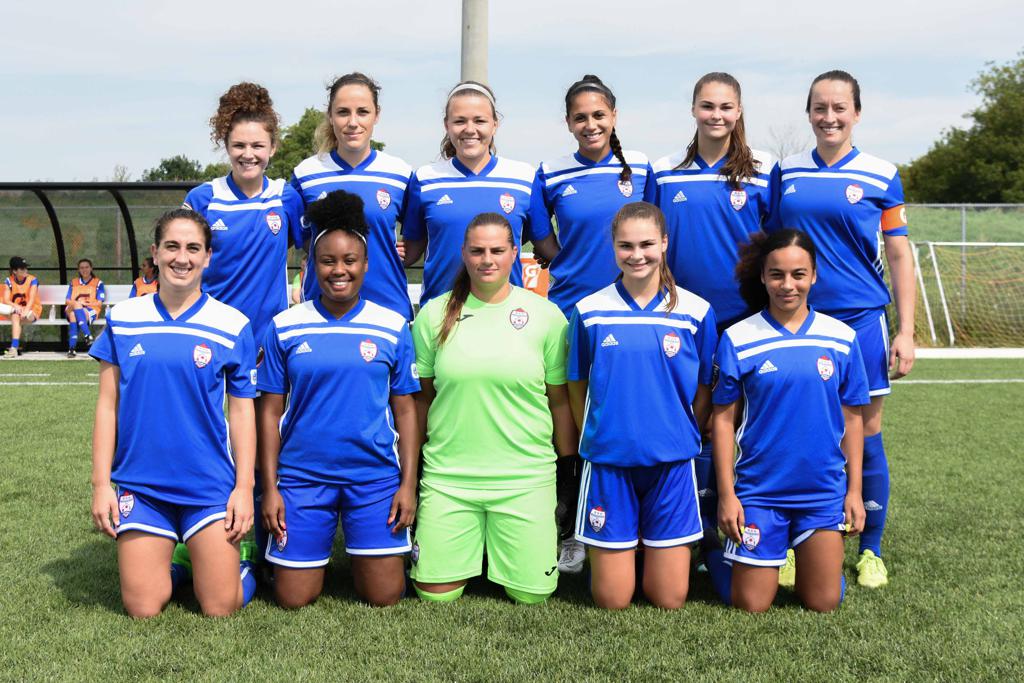 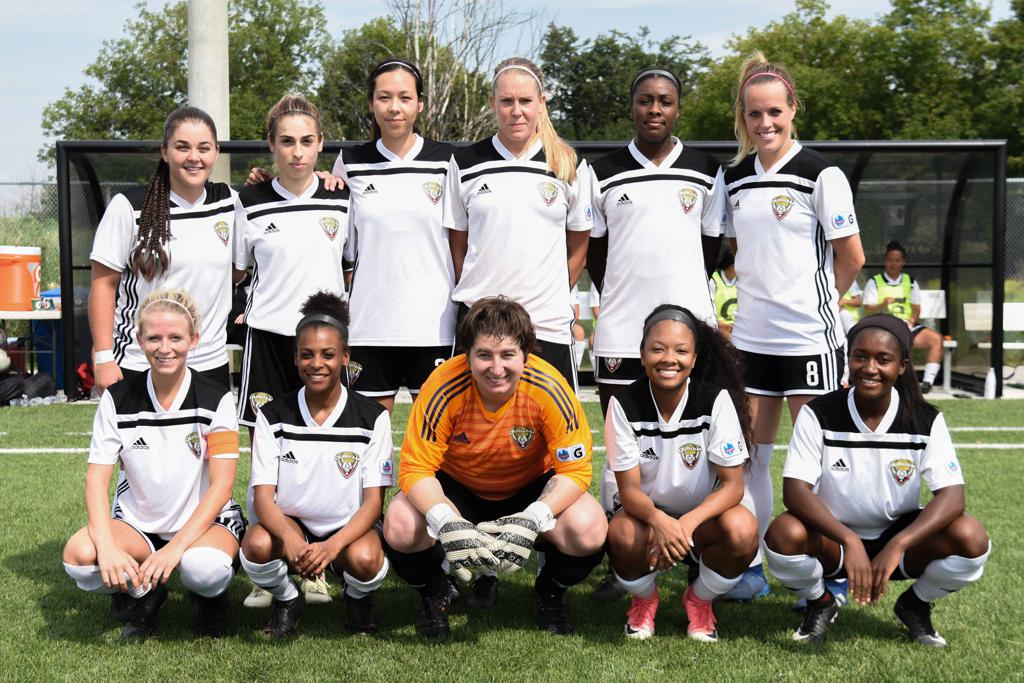 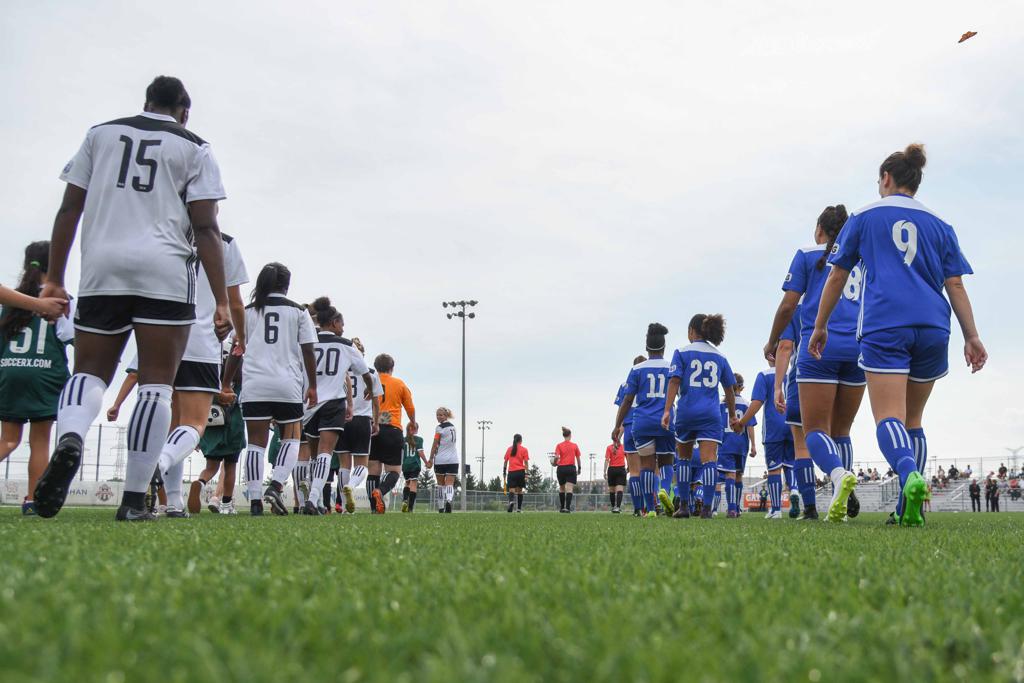 Petrucci stood her ground on every chance to earn the clean sheet, making a crucial diving save in the 101st minute on an Oduro shot destined for the low corner.

The quest for Woodbridge's invincible season came down to a photo finish, but they suffered their first defeat of the year at the most inopportune time. The L1 Cup Champions can be proud of all their league accomplishments despite the gut-wrenching loss to close the season.

"We have a fantastic group, probably the best group I ever worked with," Porco said. "They're true professionals, and my heart breaks for them."

The Woodbridge Strikers (9-0-3) finish the 2018 season as runners-up, and will look to avenge the loss next year.

Durham United FA (7-3-2) win their second women's League1 Ontario title, their first since the inaugural season in 2015. While the future looks bright for the team, Mohammadi and two-time assistant coach to the champions Paul Dabreau look forward to basking in the present with a trophy in hand.

"I think we have to sit down with coach Paul and see what we're going to do, see how do we restructure the team," Mohammadi said.

"But let's enjoy this one for a moment first before we chat about it."