Geneva Winterink's (71') second-half goal was enough to get Durham United a 2-1 away result over FC London and book their ticket to the 2018 League1 Ontario Women's Championship Final.

Durham United had a well-organized tactical plan that helped them defeat the heavily favoured FC London team at the German Canadian Club, London.

A compact 4-1-4-1 shape kept the home side's potent attack at bay, with FC London unable to get going offensively all game, and Durham United well-positioned to counter as well. Durham's holding midfielder, Hollie Babut, was particularly effective, marshalling the 2015 champions and cutting off service to London's star striker, Jade Kovacevic.

In the early going, the teams were trying to impose their style of play. FC London was looking to play through the middle and then out wide.

Durham United was looking for the opportunity to counter as they sat in a midfield block and either pressured FC London once they approached the midfield circle, or stepped forward to high press in particular moments.

In only the first minute, FC London created a great chance as the ball fell to scoring champion Kovacevic, whose arcing header was just kept out by Durham United keeper Sara Petrucci.

Durham United had a half chance in the sixth minute via a turnover in FC London backline. Kendra Prince had a brief glimpse at goal but her effort rolled to FC London keeper Emily Gillet.

The first goal of the game came as Durham United's Alicia Tamburro (12') took a free kick that was misplayed by FC London keeper Gillet, bouncing out of her grip, off the post and over the line.

Minutes later, FC London would find equal terms after a penalty was awarded due to a late tackle by Durham United. Kovacevic (19') stepped up the penalty spot and calmly slotted the ball into the upper left corner to level the score at 1-1.

As the first half continued, rain began to fall and FC London and Durham United had to be on their toes to deal with the slick natural grass surface.

FC London was looking to keep control and build their patented possession game from the back, while Durham United stayed compact, pressured at certain spots on the field and attacked via the counter.

This was not more evident than in the 39th minute, when Durham United broke down the right side and crossed a dangerous ball into FC London eighteen yard box, but Kayla De Souza put her shot over the net.

The first half ended 1-1 and both teams had everything to play for in the second half. 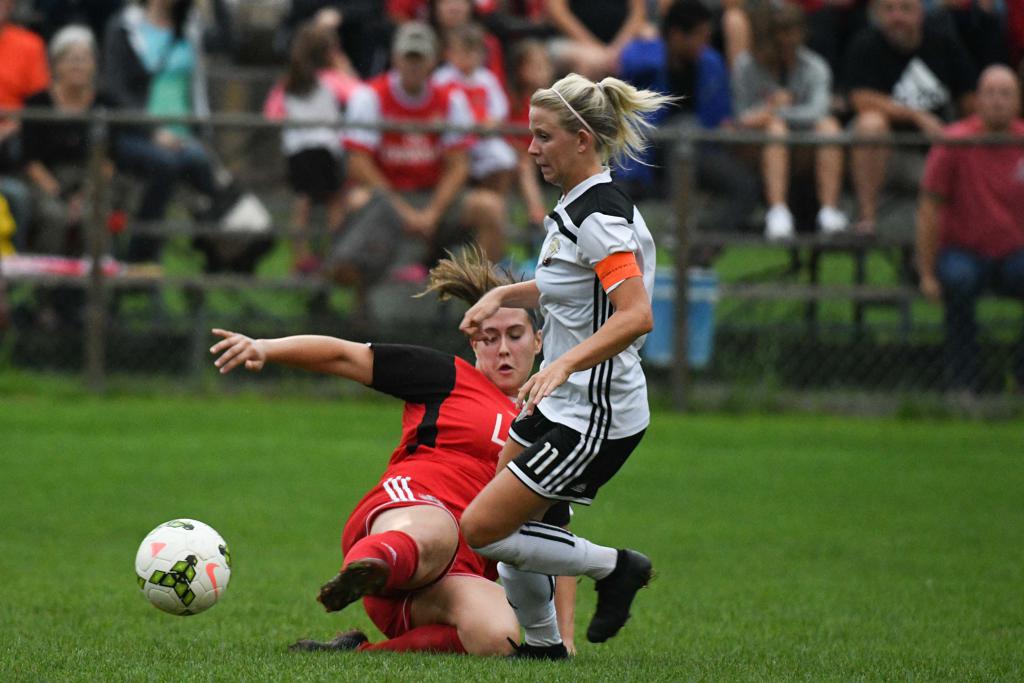 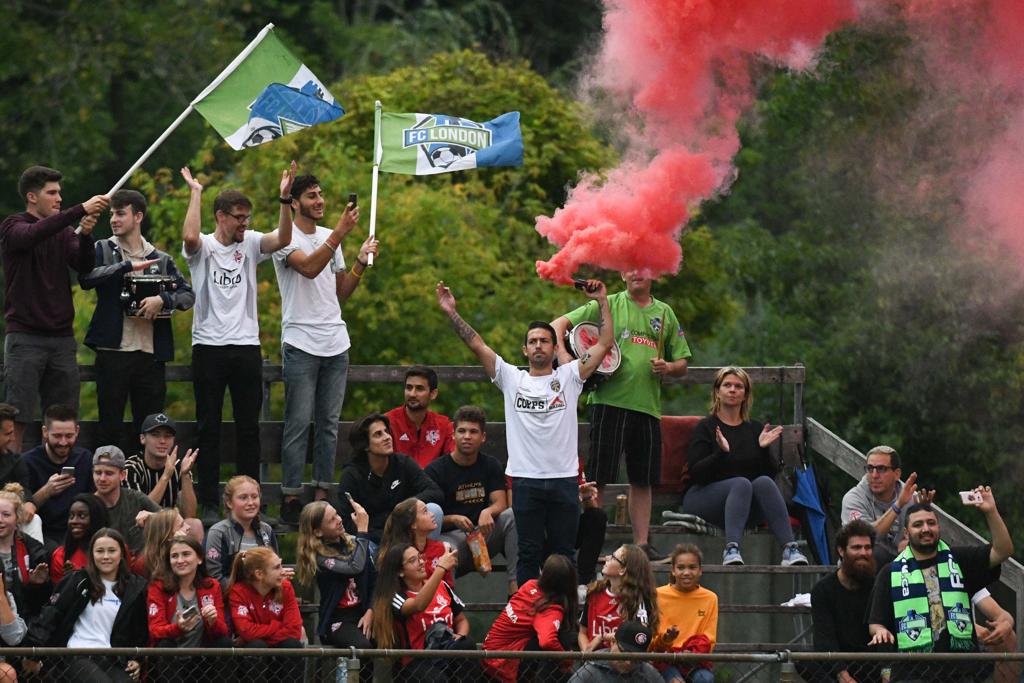 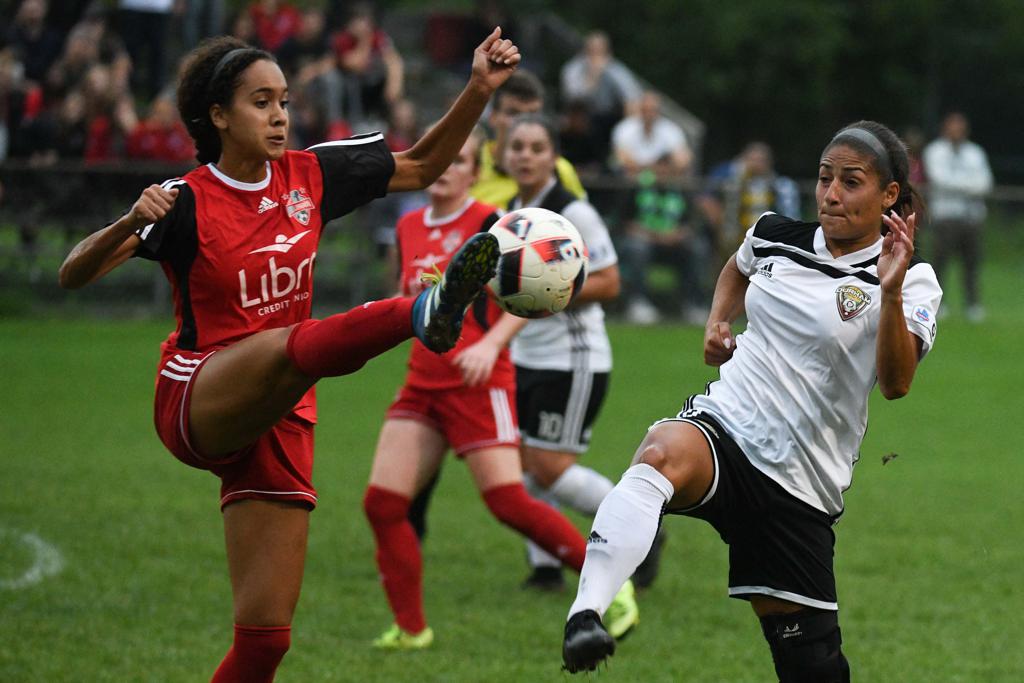 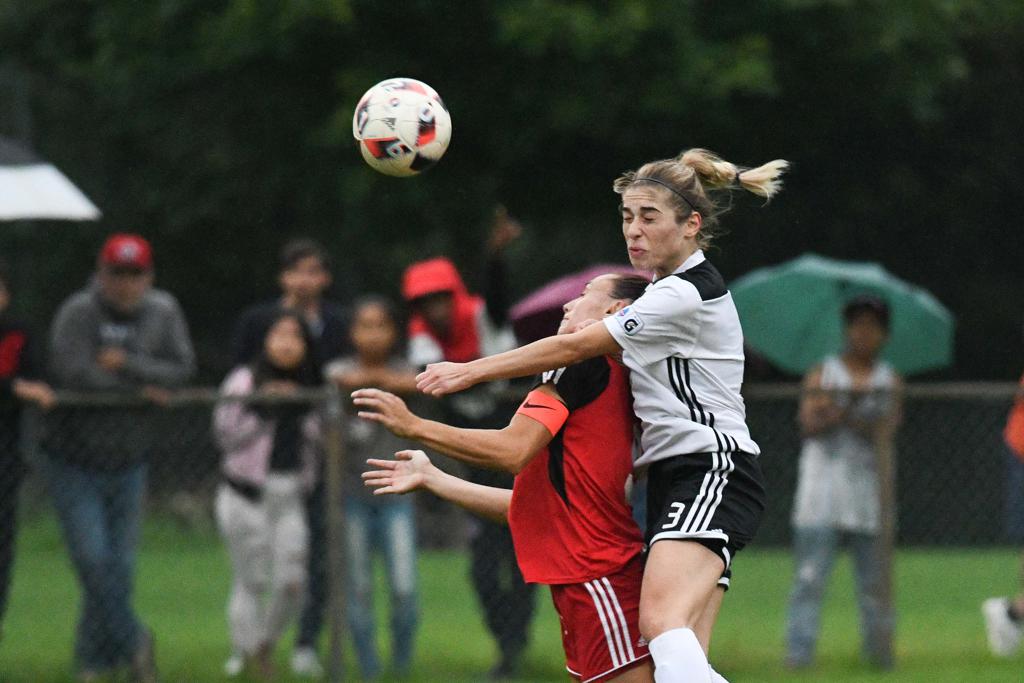 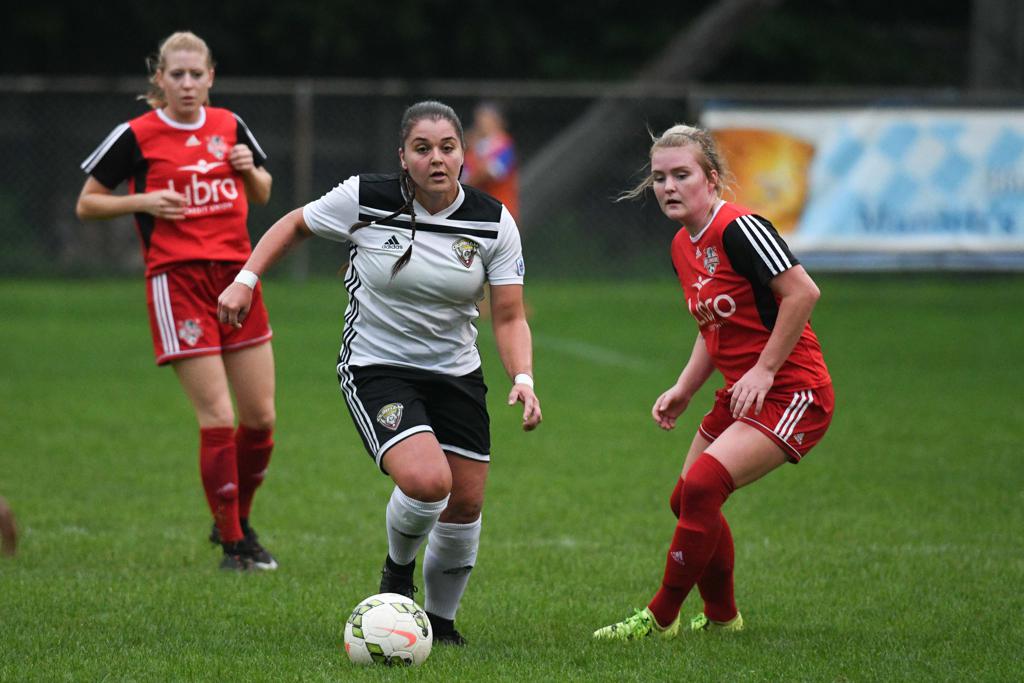 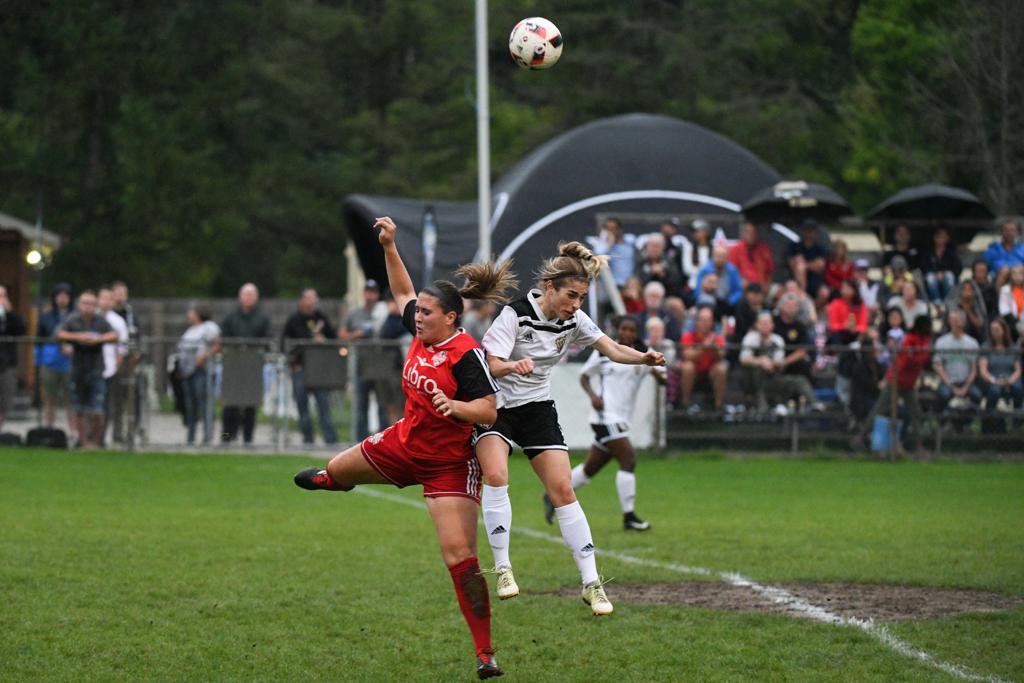 The half started with an important Durham United substitution, as Geneva Winterink came on for Joyce Johnson. FC London started the second half with the pressure and intensity that they are know for, but were called for several early fouls that would allow Durham United to control the tempo and put crosses into the FC London box.

As the second half progressed, Durham United began to take more control of the game and created a number of opportunities to take the lead.

In the 66th minute, Durham United had a great chance as the ball fell to Kendra Prince inside the FC London eighteen yard box, but again the shot went over the net.

Durham United's momentum continued though, and substitute Winterink was able to pounce on a shot that Gillet was unable to control - giving Durham United the crucial go-ahead goal and the lead in the game at 2-1.

FC London pushed players forward for the remainder of the game but were unable put any meaningful shots toward Petrucci.

As Durham United were forced to drop their defensive line deeper to deal with London's growing momentum, Winterink stayed high and Durham looked to bypass the FC London attack with long balls to the forward. Winterink and Brittney Lawrence were consistent threats on the counter.

In extra time, frustrations came to the fore and three dismissals were given for a physical altercation involving Durham's Jessica Craig and FC London's Campbell and McQueen.

FC London end their season with the best regular season record in the entire league, undefeated in all league matches (11-0-1). Striker Jade Kovacevic claimed her third Golden Boot in three years after scoring 18 goals in the regular season.