Calaigh Copland's (47') goal was enough to send Woodbridge Strikers to the 2018 League1 Ontario Women's Championship Final after a 1-0 win over Vaughan SC in a Woodbridge/ Vaughan derby semi-final.

The first half saw Vaughan with all the possession, pinning Woodbridge in their own half. Woodbridge goalkeeper Vanessa Fiore was kept busy and forced to make four saves as Vaughan fired nine shots in total - five of which were on target.

Van Bakel and Ghoneim did well to combine with one another this half, but Van Bakel couldn't quite find the target, firing her shots over the bar.

On another chance, Ghoneim, Johnson, and Beesley would combine well. Beesley was clear and in on goal but unable to put it away and volleyed her shot right at Fiore.

Van Bakel was a nuisance to Woodbridge, making runs, chasing balls, and getting stuck into tackles. After winning a ball off Woodbridge's Kira Bertrand, Van Bakel would fire a shot from the right flank and strike the upright.

Woodbridge's back four did well to clear danger and hold off Vaughan, with Christina White being the powerhouse of the defence, and April Syme fighting tirelessly in the midfield.

Woodbridge struggled to create any sort of attacking threat as they didn't get one shot off this half. 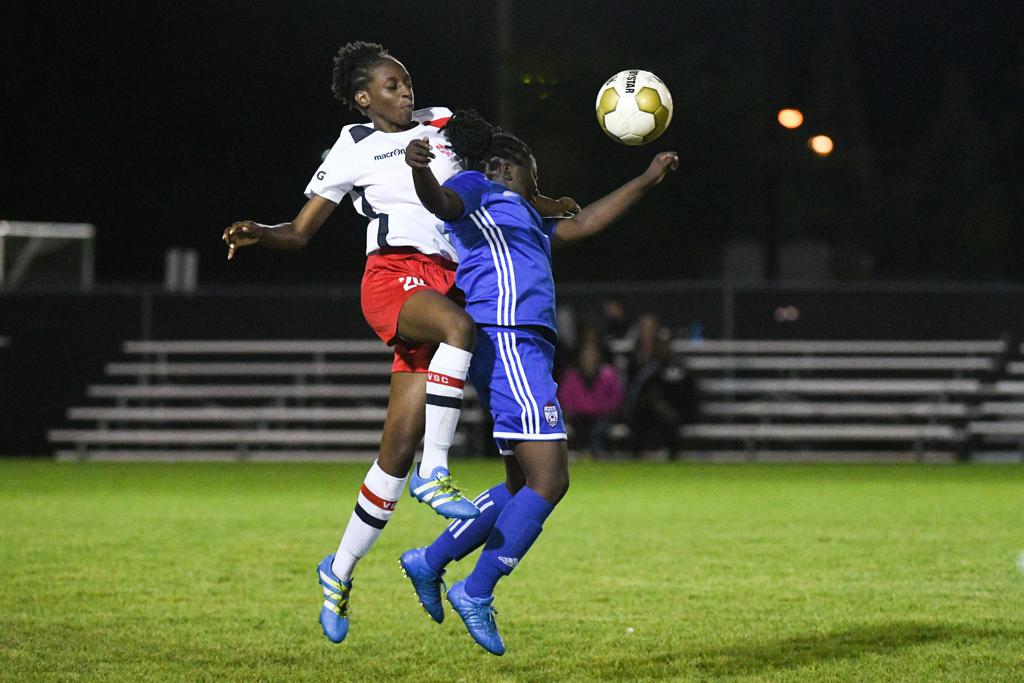 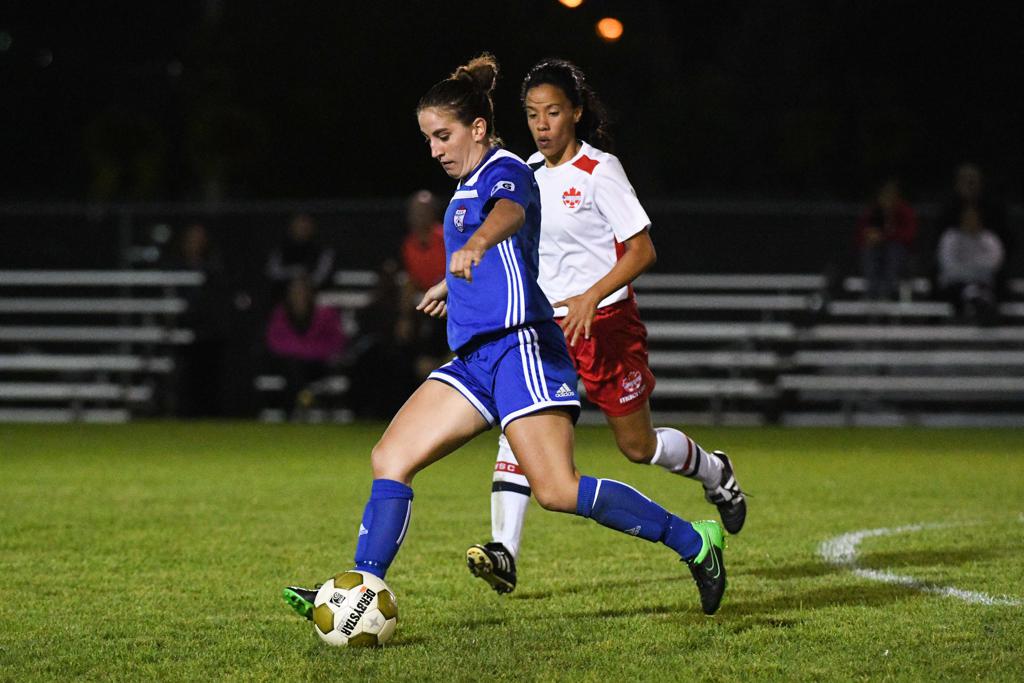 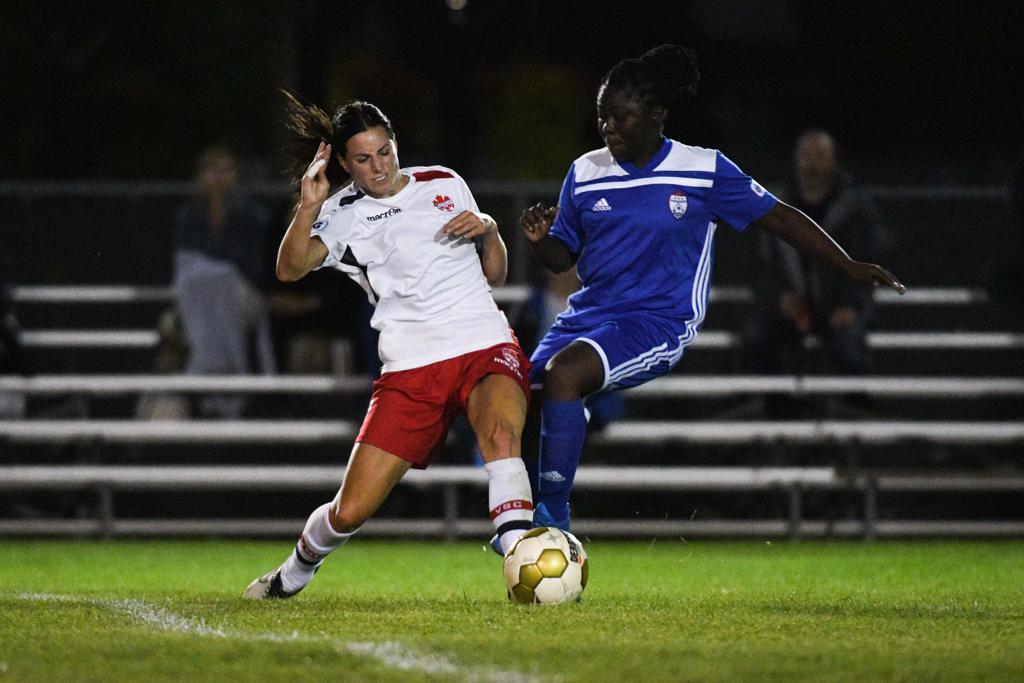 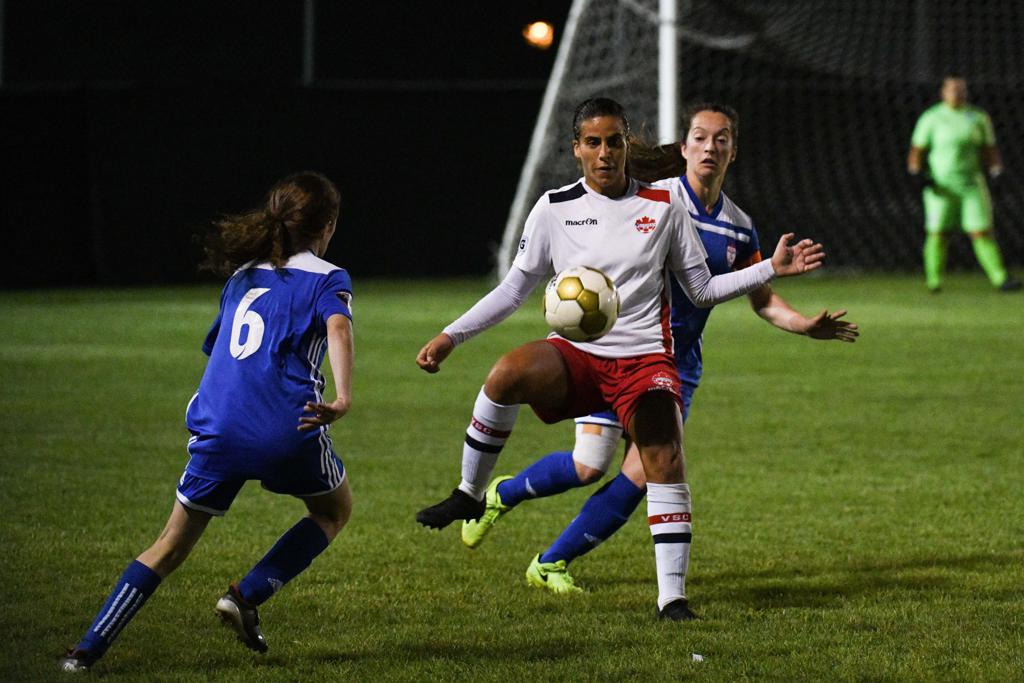 Minutes into the second half, Woodbridge would catch their break as substitute Calaigh Copland (45' + 2') broke the stalemate.

Cathryn Rogers send a through ball for Copland who used her speed to beat Vaughan goalkeeper Taylor Grant to the ball, taking a touch to pass her and then finishing neatly into the open goal.

Seconds later, Vaughan almost equalized when Ghoneim dispossessed Rogers with a sliding tackle in mid field. Johnson and Wong-Ying Sang quickly combined, sending Beesley and Johnson in on goal after a mistake from a Woodbridge defender. Beesley's shot, however, was denied by the hands of Woodbridge's Fiore.

Woodbridge found themselves with more success this half, finally getting some shots off. They did well to pressure Vaughan, forcing mistakes and causing turnovers.

Copland almost got another goal the exact same way as her first, but she was denied by the well-timed sliding tackle of Vaughan left-back, Olivia Lukasewich.

As the match carried on, the teams became even more physical, putting everything they had into tackles.

The last 20 minutes of the match saw Vaughan fighting to equalize but unable to execute in the attacking third as they were shut down by Woodbridge'ss defence.

Woodbridge had a chance to finish the game off on a counter-attack as Rogers sent Copland on a breakaway once again. Vaughan's Grant did well to cut off the angle and make a great save.

With this win, Woodbridge advance to the September 1st (3 p.m. @ Ontario Soccer Centre) 2018 League1 Ontario Women's Championship FInal, when they will play the winner of the other semi-final featuring FC London and Durham United FA.