The match kicked off with OSU conceding half the field in a compact 5-4-1 shape, and it didn't take long for the Reds to open the scoring as Zakaria Abdi (7') received a short pass at the top of the box in space, and quickly finished into the bottom left of the net.

The second goal came shortly after, when Kai Martin (11') cut in from the right flank and slammed the ball into the far corner. The outstretched Ottawa goalkeeper, Jared St. Thomas, was unable to get hands on the ball.

As the half progressed, TFC III maintained the majority of the possession and tested the Ottawa defence and goalkeeper, but were unable to crack a well marshalled OSU defensive shape.

OSU attacks were largely comprised of counter-attacks, but they struggled to break down the TFC III defensive line of Kaeson Trench, Afram Gorgees, Kai Martin, and Colin Gander. 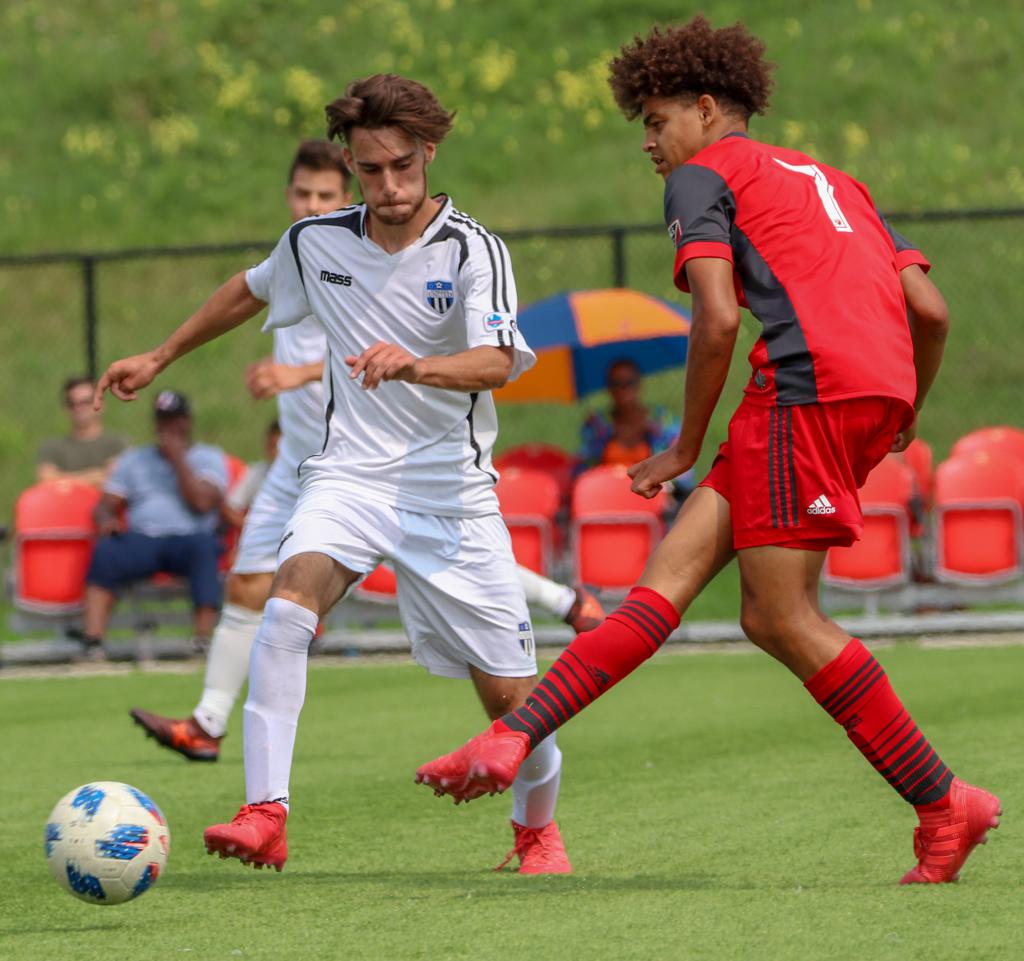 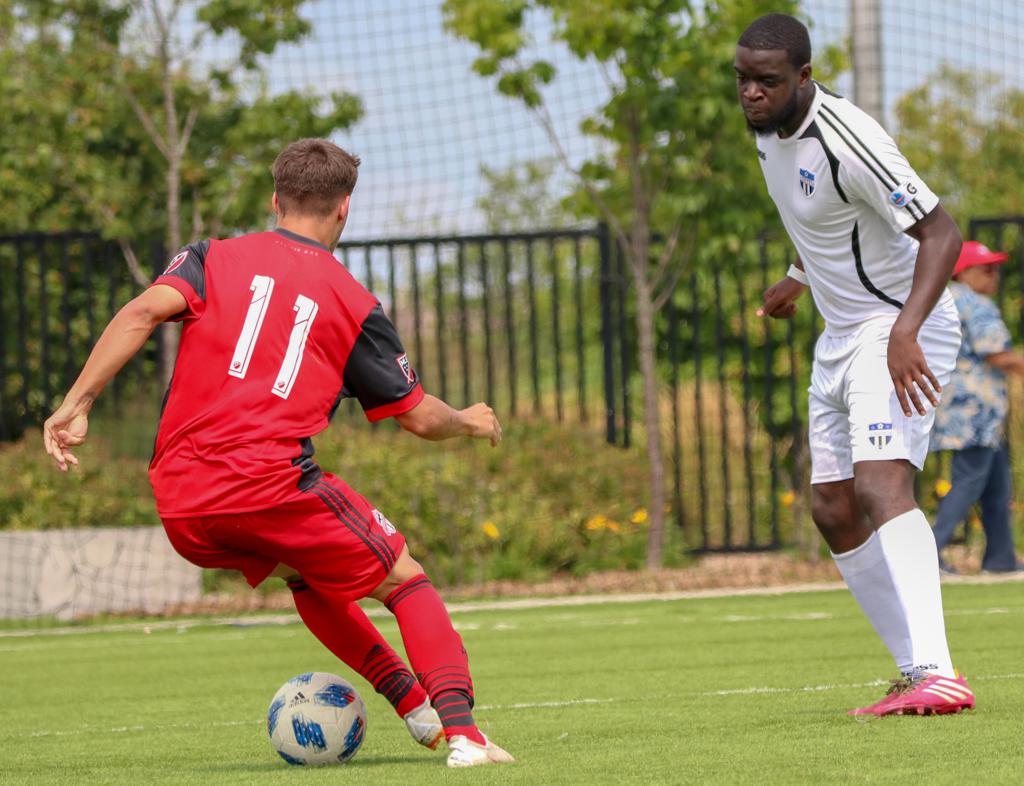 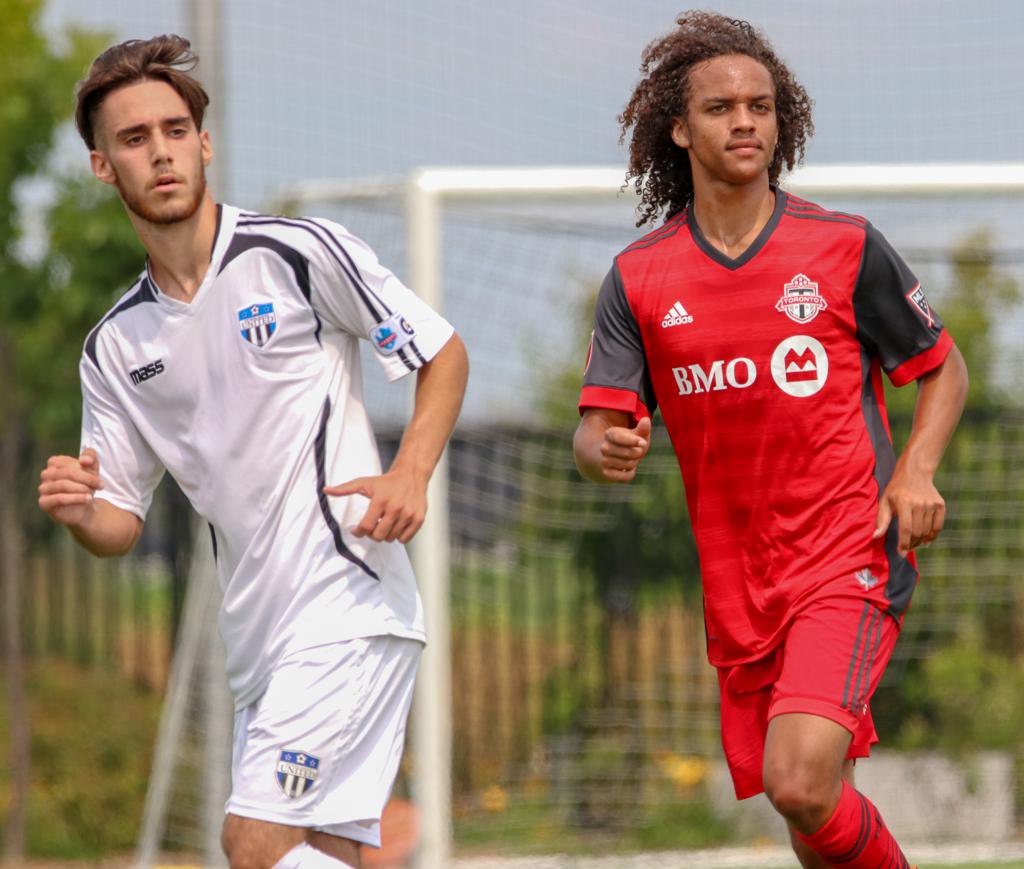 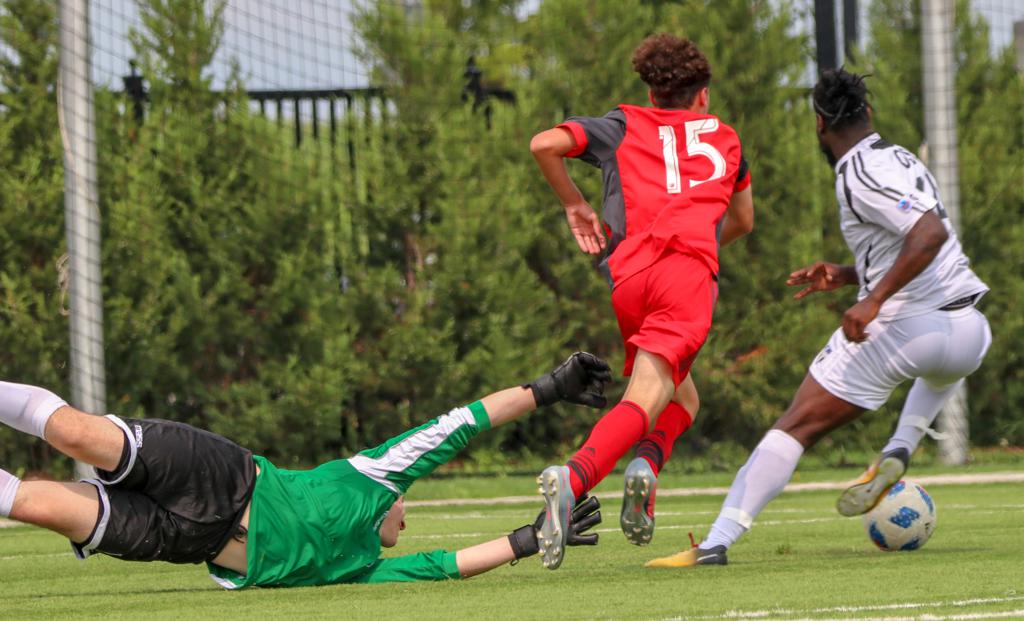 Second half began with TFC III on the attack again and it wasn't long before Jahari Lawrence (53') extended the lead to 3-0.

Lawrence received a cross from Abdi, expertly guiding it into the top of the net with his right foot, hitting the bottom of the cross bar on the way in.

The first opportunity to secure a fourth goal for TFC came in the 57th minute, when Jordan Faria earned a penalty kick after being brought down in the box from a hard challenge. Faria tried to place the ball into the left corner, but hit the left post and went out of play.

TFC III did find their fourth goal, however, and made history in the process.

15 year and three month old Kobe Franklin showed excellent ability to beat the keeper and two defenders, maintaining his composure to slot the ball through a forest of recovering defenders.

Franklin becomes the youngest player to ever score in a League1 Ontario men's match, beating out a 15 year and nine month old Adonijah Reid on his May 3, 2015 League1 debut against Kingston Clippers.

Click here to keep up on all the news, goals, wins and statistics for Toronto FC III on their team page.

Click here to keep up on all the news, goals, wins and statistics for Ottawa South United on their team page.