Goals from Jarek Whiteman (48') and Mario Kovacevic (63') were enough to put Vaughan Azzurri through to the finals of the men's 2018 L1 Cup after a 2-0 win over the Oakville Blue Devils.

The game was chippy from the get-go as both teams displayed high energy and shared possession of the ball.

A chance would come early in the game for Vaughan when Anthony Osorio's free-kick was swung into the box, but Shiquan Lowe couldn't quite redirect the header on target and sailed it over the bar.

The left foot of Osorio was a threat all game as he whipped in numerous dangerous free-kicks and corners that troubled Oakville's defence and forced punching saves from goalkeeper Matt George.

Oakville would get a chance when Anthony Novak neatly beat some Vaughan defenders and found a space to shoot, but his right foot strike was denied by the diving hands of Vaughan goalkeeper Michael Argyrides.

The stalemate would be broken in the first few minutes of the second half as Vaughan's Osorio swung a corner in that was met by the head of Whiteman at the near post, giving goalkeeper George no chance of saving it. 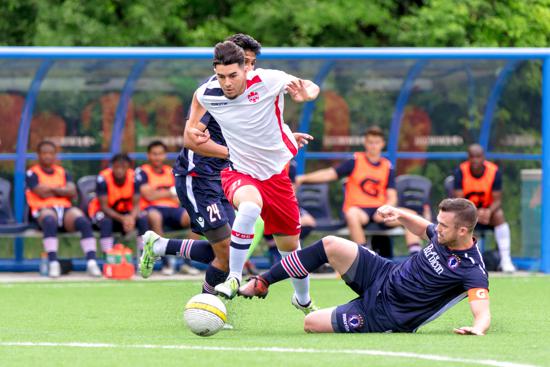 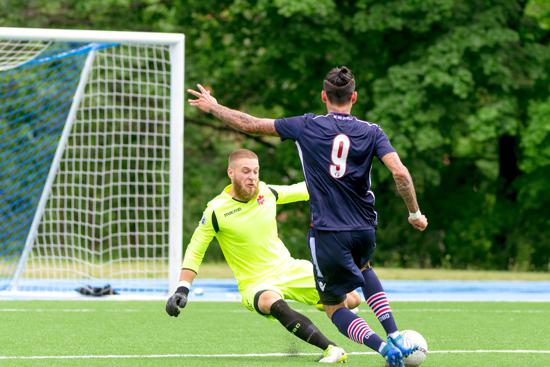 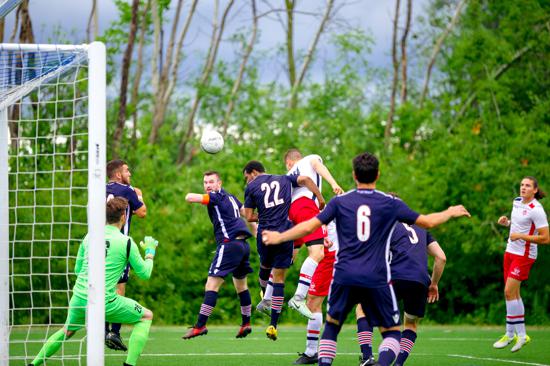 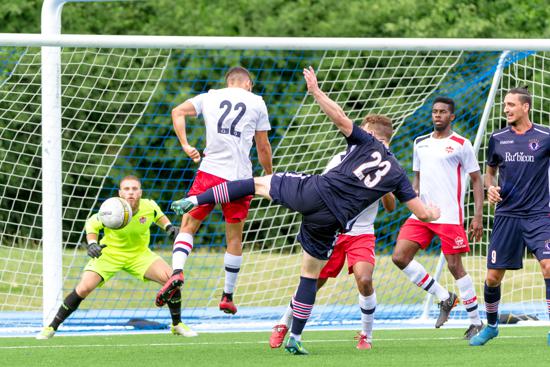 An equalizer from Oakville looked promising as Filipe Vilela troubled Vaughan on the left side with shots, crosses, and a hard work ethic. His one shot was denied by the crossbar after he beat some defenders and unleashed a dangerous strike - Vaughan players and supporters surely held their breath for just a moment.

Oakville's Vilela dribbled down the left side minutes later and was taken down in the box resulting in a penalty kick. He stepped up to take it and was denied by Vaughan's Argyrides, who made several crucial saves this half on Vilela.

Vaughan would answer with lots of pressure at the other end as a second goal looked favourable. A scramble in the box from a threatening Osorio corner created a loose ball as Kovacevic made no mistake, slotting it into the bottom right corner to put his team up 2-0.

Oakville would not give up as Vilela and Judah Hernandez had efforts late in the game that sailed off target or were saved by Argyrides.

Vaughan had a late chance to get another one on the scoresheet as Jason Mills was slotted through on goal but denied by Oakville's George, who did well to come off his line.

Both teams were determined to fight to the final whistle, but Oakville ultimately couldn't finish their chances and were shut down in the last ten minutes of the game by Vaughan's defence.

Vaughan advance to play Toronto FC III in the finals of the L1 Cup on August 4 at the Ontario Soccer Stadium.

Click here to keep up on all the news, goals, wins and statistics for the Blue Devils on their team page.

Click here to keep up on all the news, goals, wins and statistics for the Azzurri on their team page.