Five For Ali, Three For Stratigakis, As Oakville Dismantle Darby 11-0

Oakville's dominant performance revolved around Ali, who opened the scoring from the penalty spot. Ali continued to break through Darby's defensive block throughout the full 90 minutes, netting four more goals and a tasty assist from a banana-curving pass that fell into the path of Olivia Di Cristofaro (40') who finished the chance with ease.

Sarah Stratigakis (12', 16', 82) put in a strong captain's performance in this Blue Devils' win, scoring a hat trick of her own. She scored her first two goals within four minutes of each other early in the first half. Erin Cliff (27') and Justine Rodrigues (64') also put their names on the score-sheet to help Oakville earn a much-needed three points in the standings.

The Oakville attack were lethal in the accuracy department as their first shot off-target after 18 attempts was in the 78th minute of the match. They finished the game with 23 total shots and 20 on target. The Blue Devils could have had more, but they were called offside nine times. 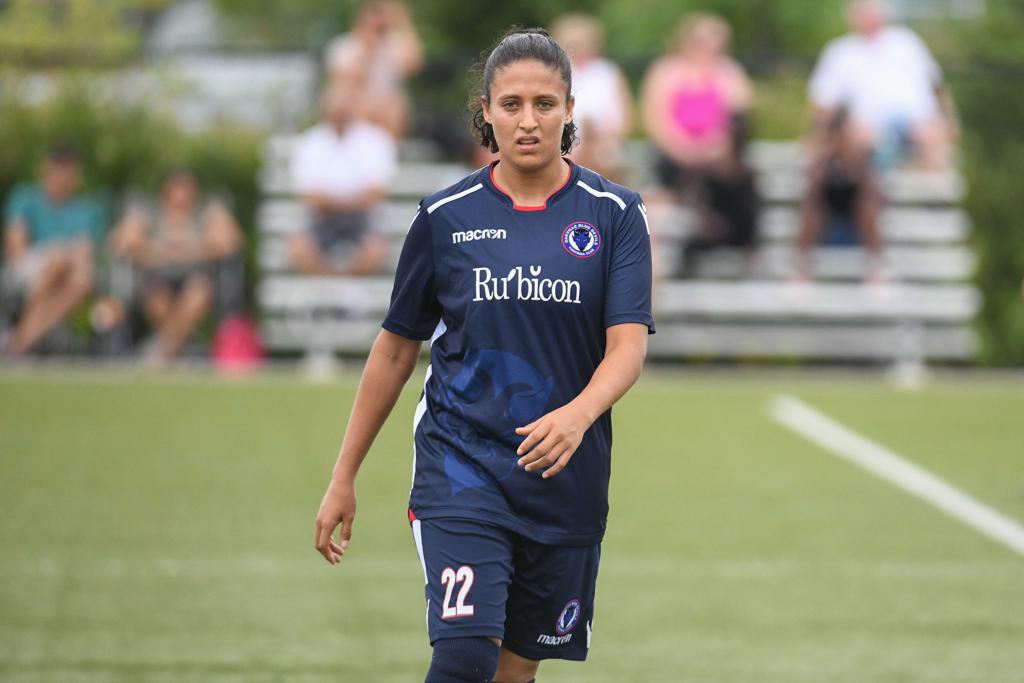 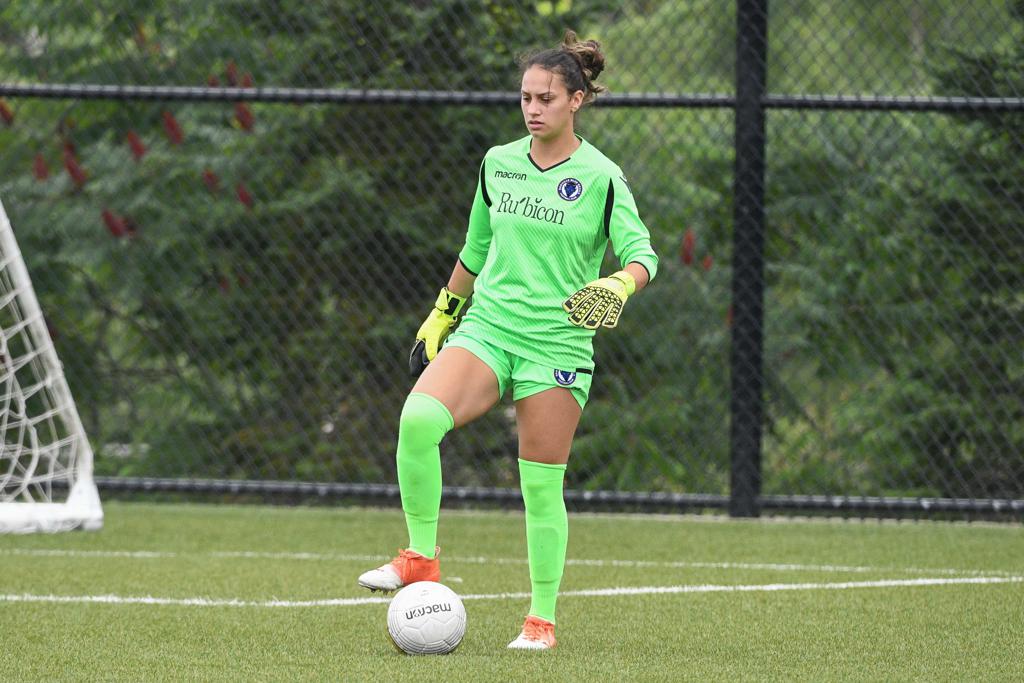 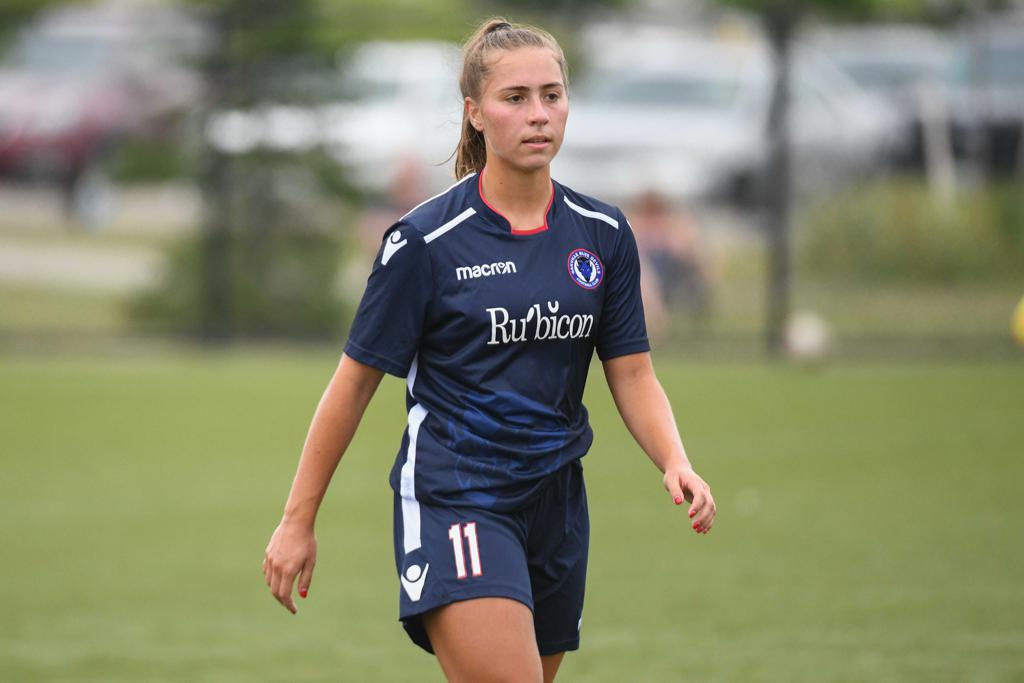 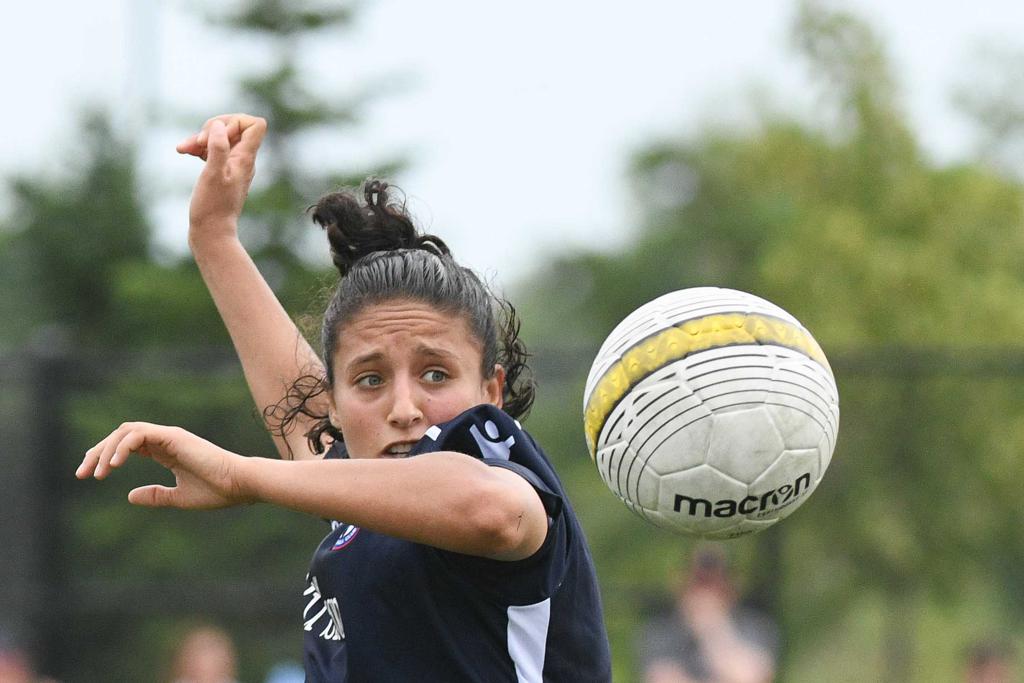 Despite allowing 11 goals, Darby goalkeeper Alyssa Spridgeon kept the deficit from growing any larger with nine big saves throughout the match. On the other side, Oakville keeper Patricia Koutoulas earned her third clean sheet in a row with the help of a stalwart Blue Devil defence that have now shut out their opponents in four straight games.

Ali jumped to second in the leading scorer race with nine goals, four behind FC London striker Jade Kovacevic. Stratigakis' hat trick moved her into a tie for fifth.

Oakville's winning streak continues, and they've outscored their opponents 24-2 in their last five games. The Blue Devils were win-less in their first four games to start the season, but the hot streak now puts them in second place with 16 points. Their goal differential increases to a healthy +17 (28 GF, 11 GA).

Oakville continues their quest to post-season soccer with an important match with playoff implications on July 29 (4:00 p.m.) when they welcome Hamilton United Elite to Sheridan Trafalgar Campus, Oakville.

Darby FC have spiralled since winning their opening game of the season against Toronto Azzurri Blizzard, but have yet to register another win since. They sit in 12th place with four points. Their goal differential drops to -18 (7 GF, 25 GA).

Darby hope to turn their fortunes around on July 28 (4:00 p.m.) when they take a road trip east to take on West Ottawa S.C. at Wesley Clover Turf, Ottawa.