Oakville got off to a dream start, with Anthony Novak (2') earning a penalty in the opening minute of play and then calmly buried the spot kick to put the Blue Devils up 1-0.

Despite this early deficit, the young Pro Stars side didn't hang their heads. Instead, they played their way back into the match and started trading chances with Oakville, although neither side came close to scoring.

The breakthrough arrived when Pro Stars midfielder Uday Arora latched onto a ball inside the Blue Devils half, fought through a pair of firm challenges, and slid a pass to teammate George Owusu (30'). Owusu unleashed a thundering strike from 22 yards out that beat Oakville GK Lukas Birnstingl to his right and squared the match at 1-1. 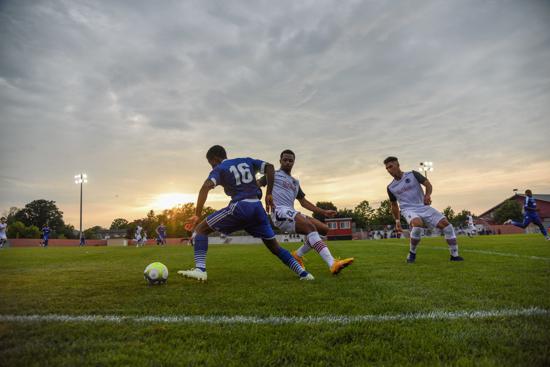 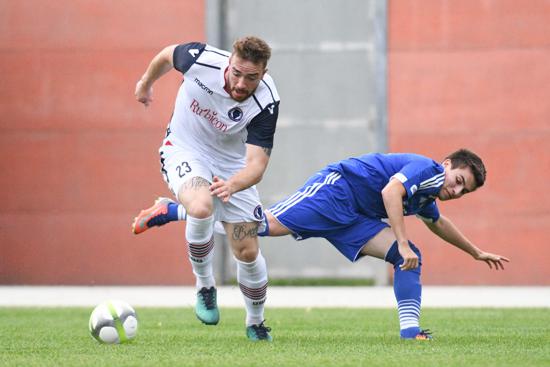 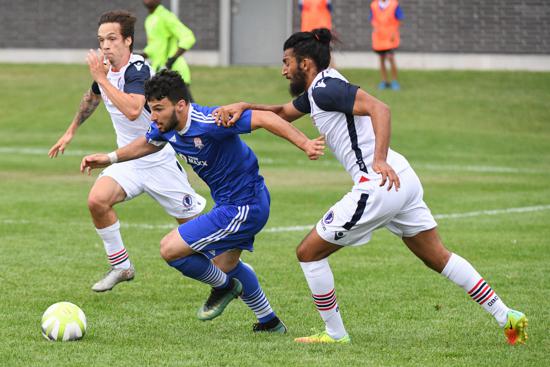 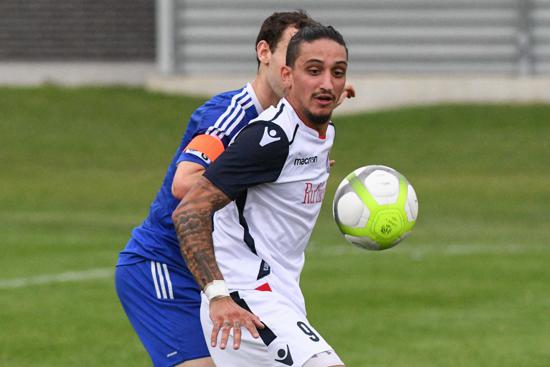 The second half saw the visitors come out on the front foot, looking to retake the lead. Oakville had the better of the chances and more of the possession but, on this evening, they were not as sharp in the final third as we have come to expect from them.

Blue Devils' head coach Duncan Wilde made a number of substitutions to try to find an advantage over the resilient and organized home side, but no breakthrough was forthcoming.

The final minutes of the match devolved into a scrappy midfield battle, punctuated by a number of fouls committed by both sides, but no more goals. The final whistle blew and the teams went back to their dressing rooms forced to share the points.

Pro Stars' keeper Aaron Peters had a strong night, making key saves in the first half to keep his team in the game as they tried to recover from conceding a goal so early in the match.

Victor Gallo had a solid performance for Oakville, working with a new centre-back partner due to an injury to Konner McNamara. He provided a steadying influence for the Blue Devils and largely helped keep the Pro Stars attackers at bay.