Diamond Simpson Brace Leads The Way As Woodbridge Down Durham

Diamond Simpson (47', 48') struck with a brace to keep Woodbridge Strikers in a playoff position as they beat Durham United FA 3-1 at Vaughan Grove on Saturday.

The 2018 League1 Ontario All-Star defender, and Gatorade Player Of The Month for June, stepped up as Woodbridge's striker at the beginning of the second half, pouncing on a rebound that pinged off the crossbar for her first goal. She curled the second away from Durham goalkeeper Sara Petrucci only a minute later, moving her team into a coveted playoff spot.

Cathryn Rogers (77') rounded the keeper and tapped-in her second goal of the season into the open net to increase the lead for Woodbridge to three.

Laura Gosse (85') cut the deficit to 3-1 after a rebound was let loose in front of the Woodbridge goal, denying keeper Zeeyana Jivraj the clean sheet.

Woodbridge started the match as the stronger of the two attacking sides, with Rogers having the first chance of the game with a shot from the top of the box. Petrucci made a highlight-reel diving save to keep the match scoreless at the time. No goals were scored in the first half, which became more of a battle in the midfield. 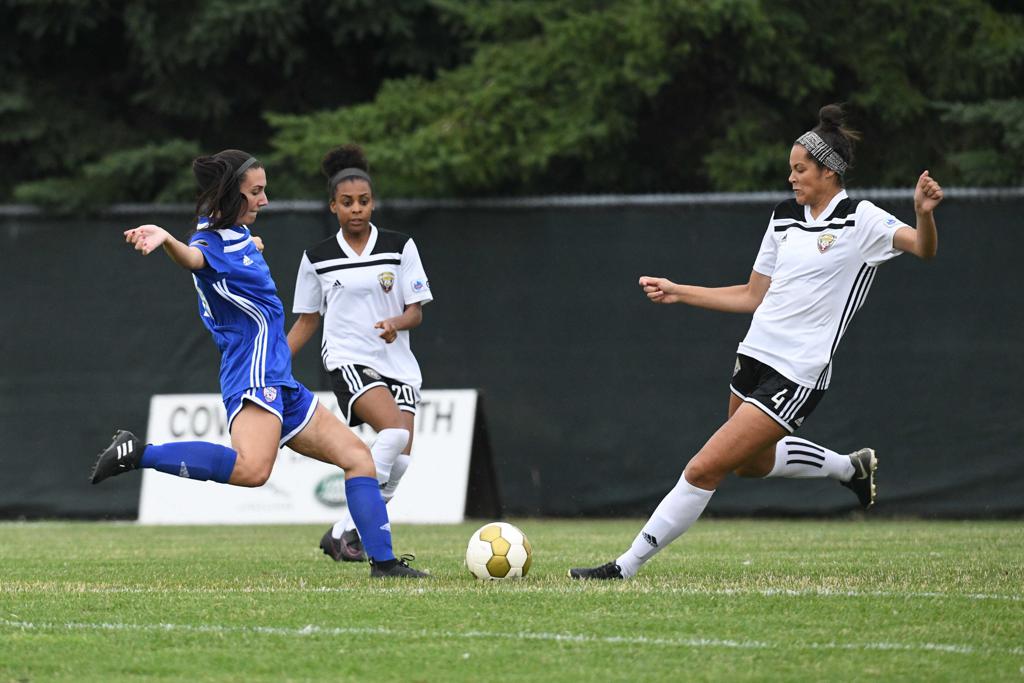 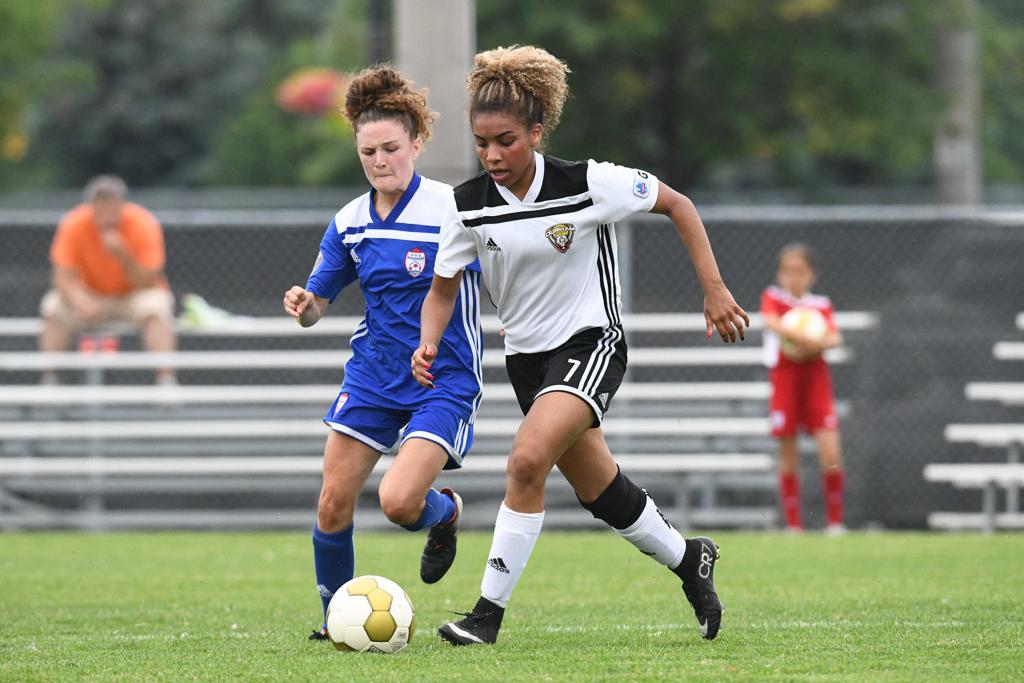 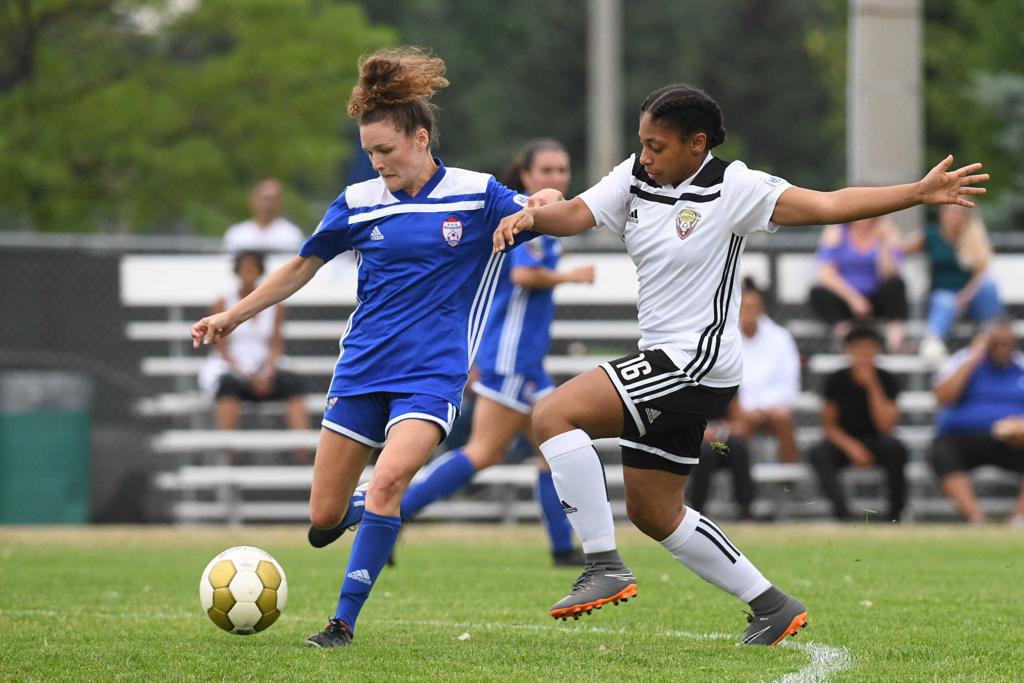 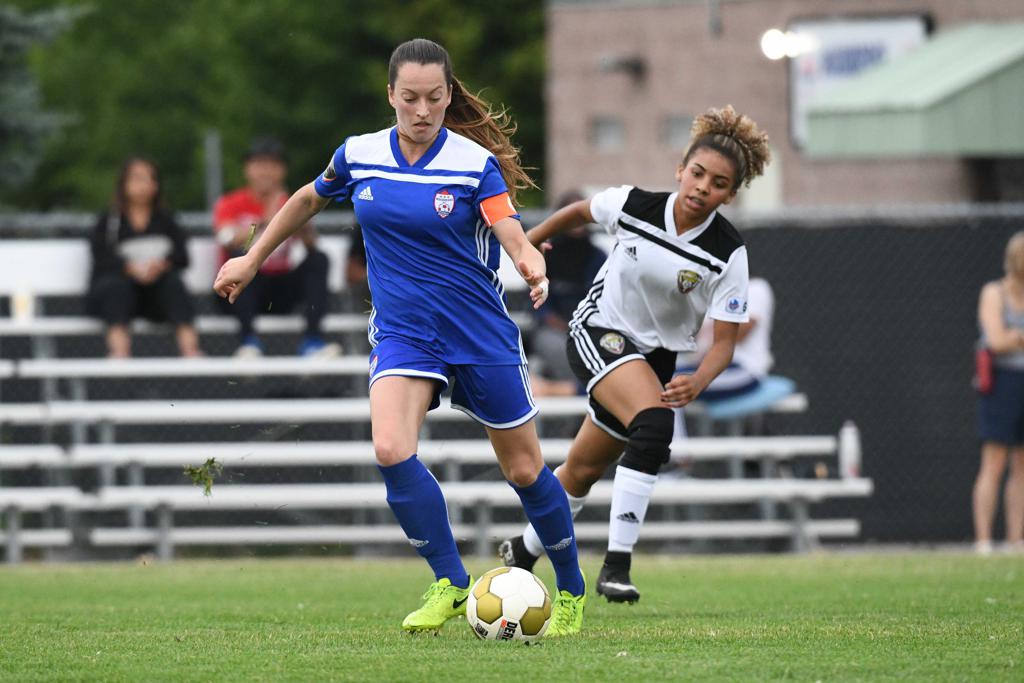 Woodbridge shifted into a higher gear to start the second half, pumping out shot after shot until they broke the deadlock.

Durham's Stasi Torchia was named MVP of the game along with Simpson. The Durham midfielder represented League1 Ontario in the U20 Young Stars showcase match against the Ontario REX Program last week.

Woodbridge's win keeps them in a playoff spot, but they remain stuck in a deadlock with three other teams also on 15 points. Durham's loss prevented them from breaking away from this pack, while Hamilton and Vaughan complete the log-jam fourtet stuck on 15 points. With London on top of the table with a commanding ten point lead, and only four playoff spots available at the end of the season, one of the teams stuck in the log-jam faces elimination.

The Strikers next scheduled match is back at Vaughan Grove, Woodbridge where they welcome Unionville Milliken S.C. - currently one point outside the log-jam of teams in playoff spots - on July 29 (3:45 p.m.).

Durham will be hosting their next match at Kinsmen Park Large Turf, Pickering as they face off against West Ottawa S.C. on Sunday, July 22 (2:00 p.m.).