Pucci, Wilson, Gopaul On Target As London Down Sanjaxx

In a thrilling and intense game at the German Canadian Club Friday night, FC London capitalized on their chances and claimed a 3-0 victory over the visiting Sanjaxx Lions.

Sanjaxx forward Tajani Fairclough set the tone of the match early, with a blazing run down the FC London left flank that nearly saw an opening goal in the first minute of play. Fairclough's shot was off target, finding only the outside netting.

It was at this point that FC London looked to have really settled into the game. Defender Aaron Schneebeli found Stephen Al-Sayed on the wing with excellent through balls on multiple occasions, with one finally coming through just before the twenty minute mark.

Against the run of play, Al-Sayed managed to find an excellent Randy Ribeiro run down the left flank. Ribeiro then took advantage of the Sanjaxx double marking by crossing a low ball across goal to find a wide open James Pucci (19').

Frustration then set in for the visitors, who were doing well to keep FC London in their own zone, but were unable to execute their chances. Yellow cards were issued to Demario Phillips and Tajani Fairclough in the 23rd and 32nd minutes respectively.

Sanjaxx's best chance of the first half came in the 37th minute, off a free kick that was right on the edge of the 18-yard box. Midfielder Stefan Nikolic opted to shoot, but could find nothing but the FC London wall. 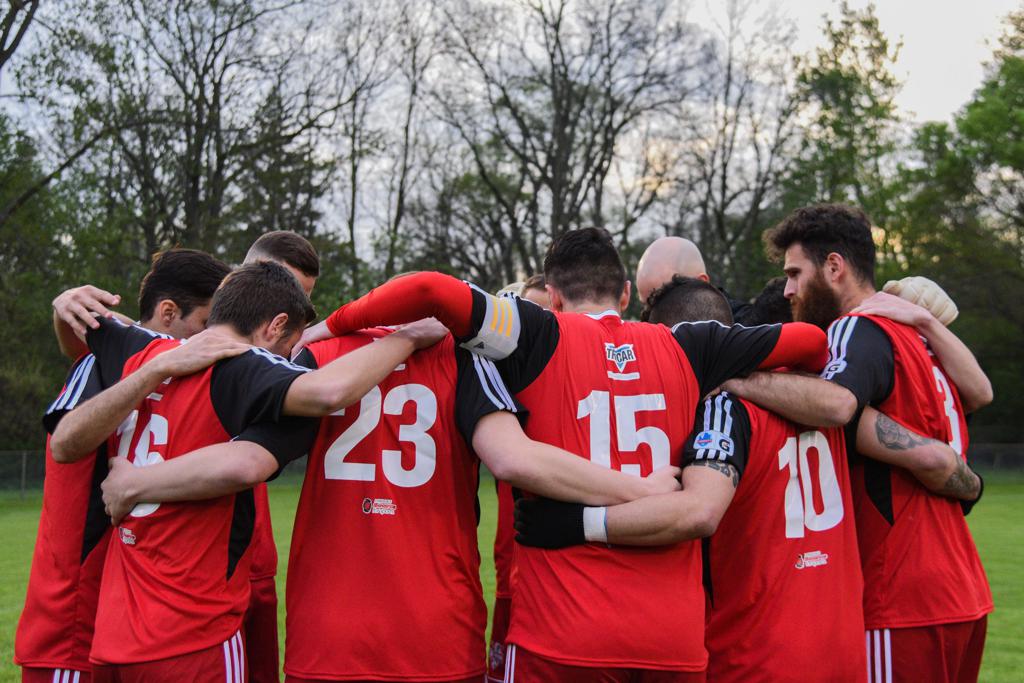 Sanjaxx came on strong at the beginning of the second half. In the 50th minute, forward Andrew Gordon nearly slotted home the tying goal on a breakaway, but a weak shot landed safely into the arms of Anthony Sokalski.

Controversy came in the 72nd minute, when an open Connor Wilson was taken down by a Sanjaxx defender in the box, resulting in a penalty. Parker Seymour stepped up for London, but Sanjaxx keeper Campbell managed to save it. However, Campbell fouled Seymour as he attempted to head in the rebound, resulting in a second penalty call. This time, Connor Wilson (74') stepped up, and slotted home his penalty shot to double the lead.

FC London substitute Chad Gopaul (88'), who checked in for Ethan Gopaul in the 75th minute, was the beneficiary of a wonderful through ball to score the third and final goal of the game.

FC London will look to continue their winning ways in two weeks, when they take on Unionville Mikkiken S.C. at German Canadian Club, London on Friday, July 27 (8:30 p.m.).