Darby FC started the match off in a 4-4-2 formation, while Toronto Skillz FC seemed to alternate between 4-3-3 and a variation of 3-3-4 shape.

Toronto Skillz had more possession in the first half, but they mostly moved the ball around their back-line in order to make the opponent come forward and then get in behind their defence with long passes; they had four players on the front line ready to spring.

Though Darby FC didn't manage any shot on target, they had six shots off the target and two of them were narrow misses.

On the other hand, Toronto Skillz FC had only two shots on target, one by Zamir Mohammad from a corner, which was parried by Darby FC keeper Matt Zaikos, and the second was a low drive from inside the box on a counter-attack by Vithunan Sivakumar - the only goal of the half.

Darby FC made two substitutions at the half-time and changed their formation to 4-2-3-1. 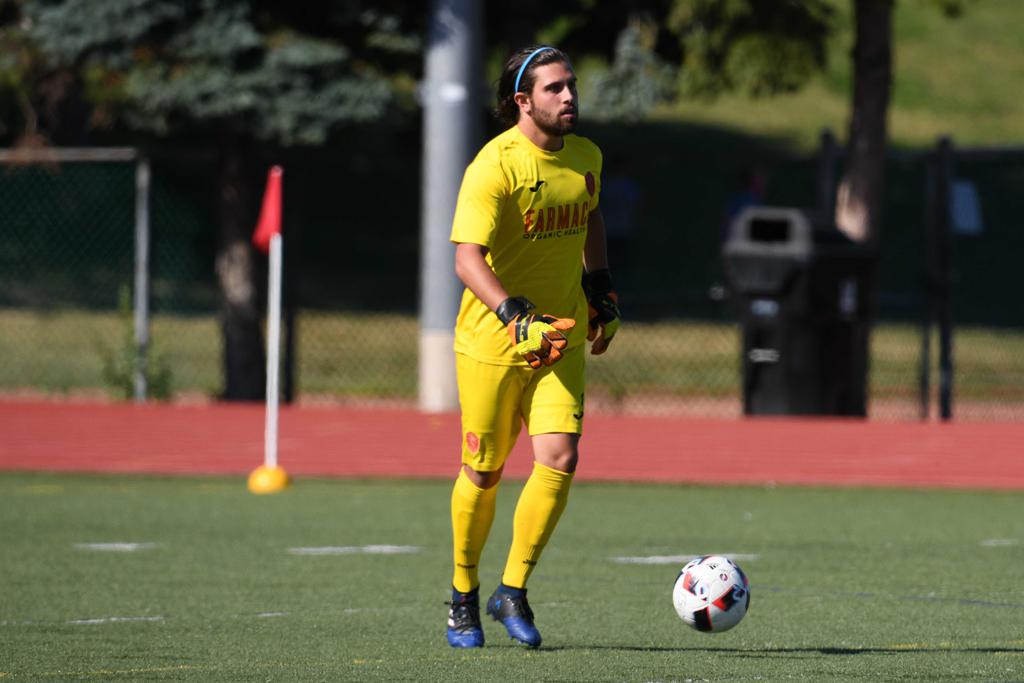 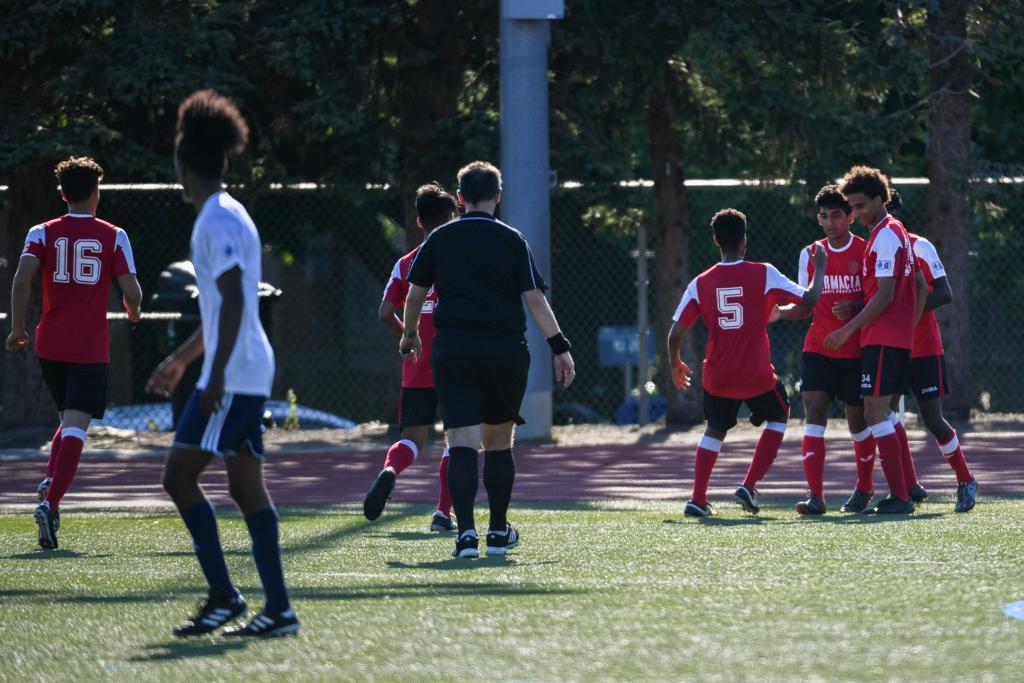 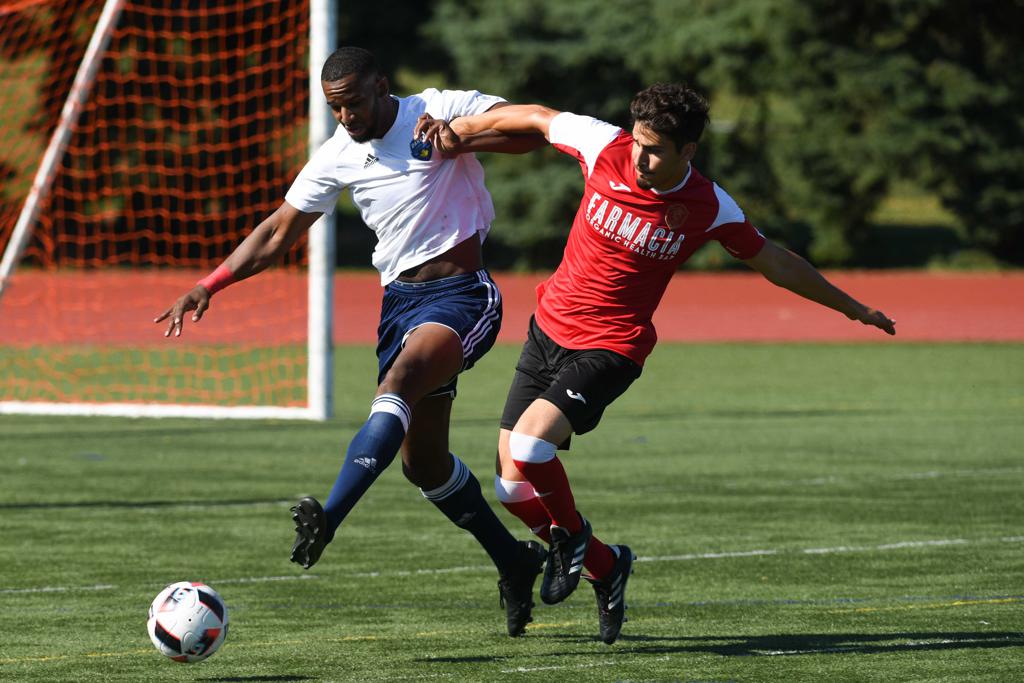 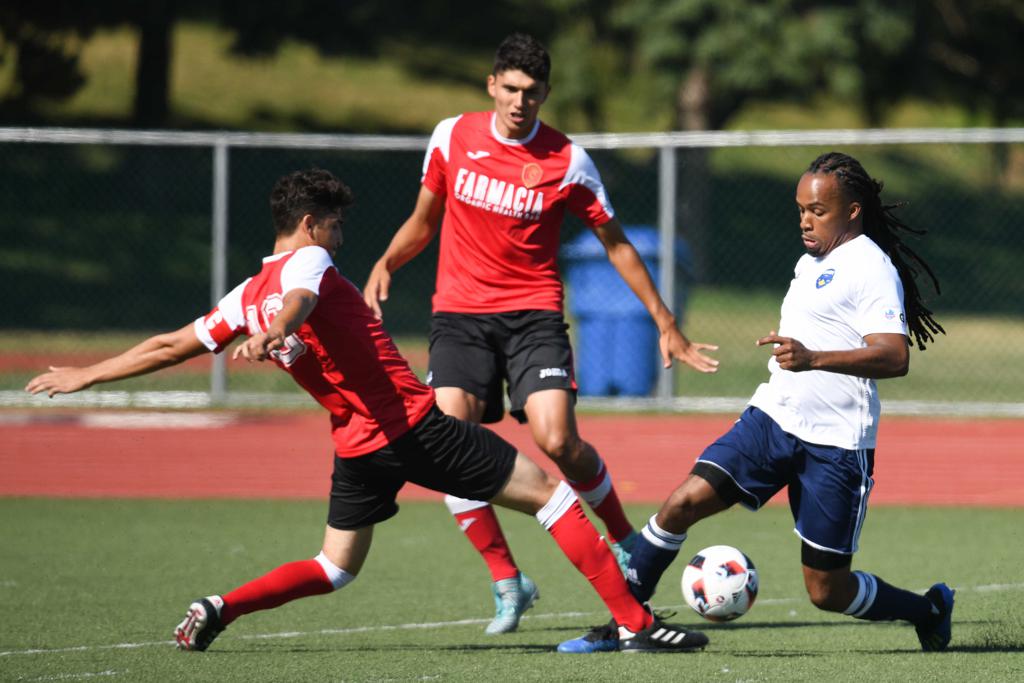 Toronto Skillz FC kept playing like the first half, making the opponent play in the way they desired and managed to score three more goals in the space of 15 minutes - all from counter-attacks.

On 49 minutes, Anfal Ekhlas got the ball in the left side, made a run towards the goal and passed it under Zaikos' hands to double the lead.

Darby FC keeper Zaikos had a blunder on 57 minutes that cost his team after a soft Sivakumar shot went through his legs.

Seven minutes later, Sivakumar rounded the keeper and sent the ball into the back of the net to complete his hat-trick.

After those strikes, a stunned Darby tried to get on the score-sheet, but also needed to be attentive to potential counter-attacks. Ultimately, at the 74th minute, Marcellus Paul, one of the two half-time subs, found the net for Darby FC with a low drive from the middle of the box on a cut-back pass from the left side.

It was the second win of the season for Toronto Skillz FC after beating Vaughan Azzurri (1-0) on May 5.