Vaughan will face Oakville Blue Devils in the Semi-Final of the men's 2018 L1 Cup.

The teams have met each other two times in the L1 Cup and both times in the final. In 2016, Vaughan defeated Woodbridge (1-0) to win the title and last year, Woodbridge lifted the trophy after winning 3-1 over Vaughan.

Vaughan started the match off in a 4-2-3-1 formation against Woodbridge, who alternated between 4-3-3 and 3-4-3 though sometimes they had as many as four players upfront.

The first half was almost balanced, but Vaughan had the edge over Woodbridge by creating more chances. They could have taken the lead just after seven minutes when Sklublak beat the keeper but his final shot was cleared off the line by Woodbridge defender Matthew Strangis.

On 25 minutes, Sklublak had another opportunity. After a solo run from the left flank, he hit a good effort from almost the edge of the box, but the shot hit the bar and went out.

Both sides made many fouls in the half as the referee showed yellow to three of Vaughan's players and two of Woodbridge's.

Another important incident in the first half was the substitution of Vaughan keeper Colm Vance due to injury at the 21st minute. It was stressful for Vaughan to have no reserve keeper on the bench for the rest of the match, especially when substitute keeper Michael Argyrides got a yellow in the 32nd minute. 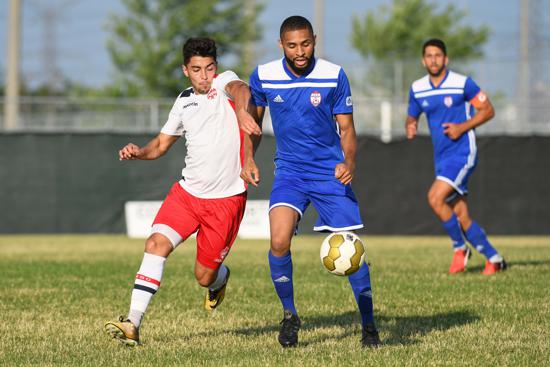 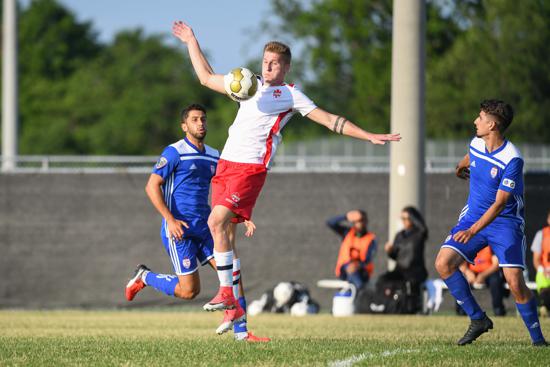 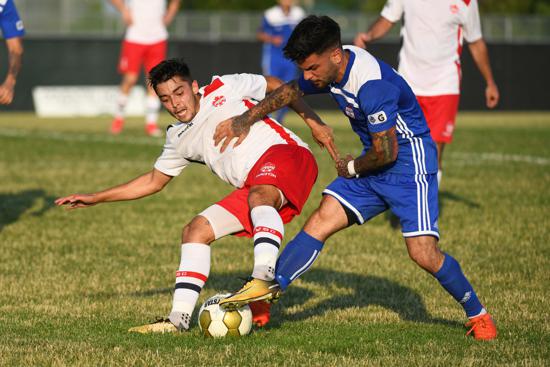 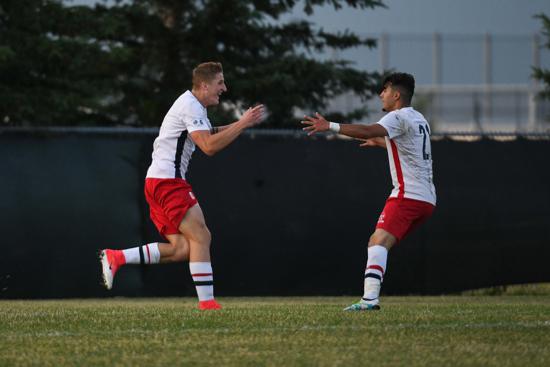 The drought was over at the 57th minutes as Sklublak received a ball from the left side, controlled, turned and sent the ball into the back of the net from inside the box.

Woodbridge keeper Roberto Stillo received two yellow cards in the space of six minutes (60' and 66') and left his team down to ten men for the rest of the match.

As a result of the dismissal, Woodbridge changed their formation to 4-4-1 (when defending), and 3-4-2 (in attack). On the other hand, Vaughan kept their cool trying to control the game and extend the lead through counter-attacks.

Ultimately, in the first minute of the four minutes of the stoppage time, Vaughan finished the match off as Jason Mills (90' + 1') put his name on the score sheet with an angled drive from the left corner of the box.

Woodbridge Strikers next match is against Aurora FC Strikers on Sunday, June 8 (7:00 p.m) at Vaughan Grove 1.