Woodbridge Get 3-1 Win Over Aurora, Through To L1 Cup Semis

Woodbridge Strikers advance to the Semi-Finals of the women's 2018 L1 Cup after a 3-1 win over Aurora FC on home turf.

Both teams shared possession early in the first half looking for the go-ahead goal. As the game progressed, Woodbridge had more success in the attacking third.

A break would come midway through the first half when Cathryn Rogers' cross from the left side found Jayda Hylton-Pelaia (25') at the back post and she redirected the ball into the back of the net.

More trouble for Aurora would come in the 33rd minute of play when the referee awarded Woodbridge a penalty shot after Ida Miceli was taken down in the box. Diamond Simpson stepped up to take the shot and missed, striking it low and wide of the left upright.

Aurora had a chance to equalize in the dying seconds of the first half when Soumaya Bouak was slotted through in the box but she couldn't get her shot off on target and sailed it over the bar. 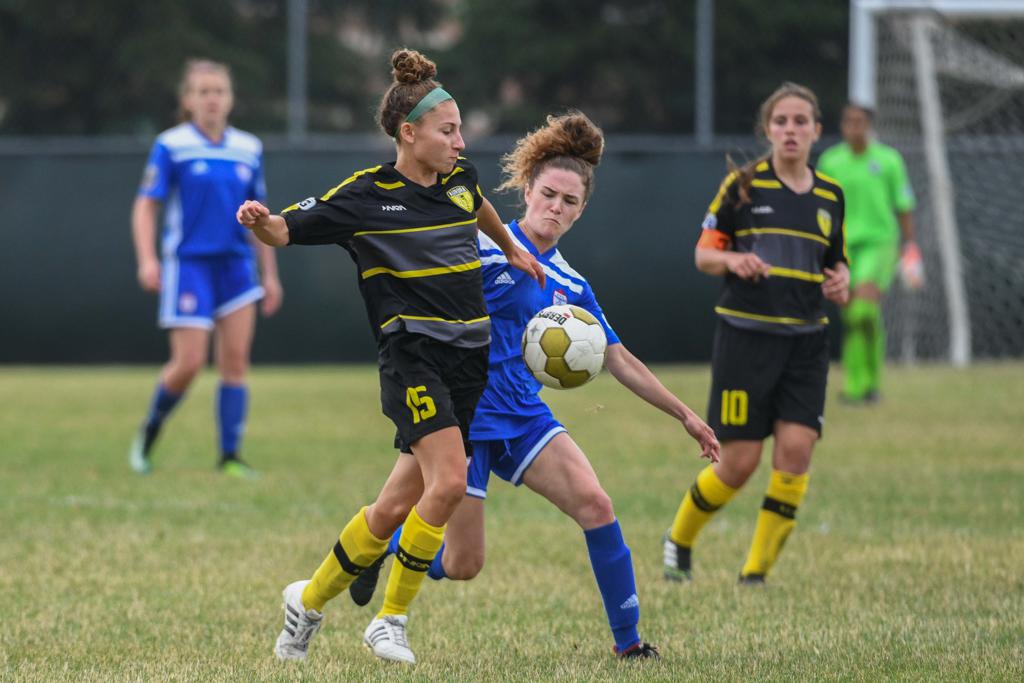 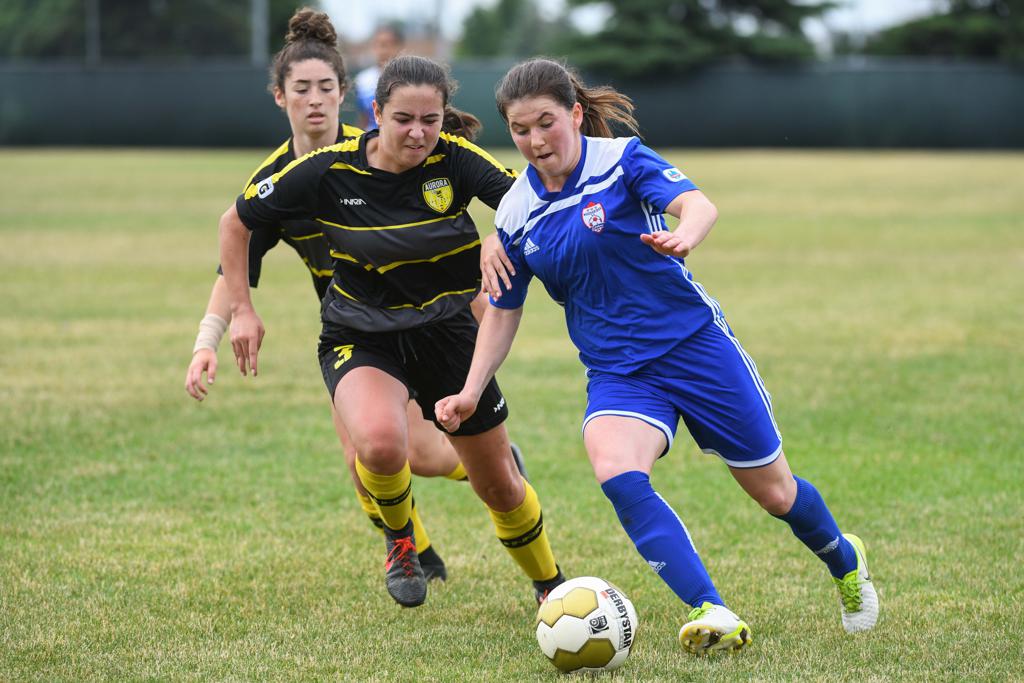 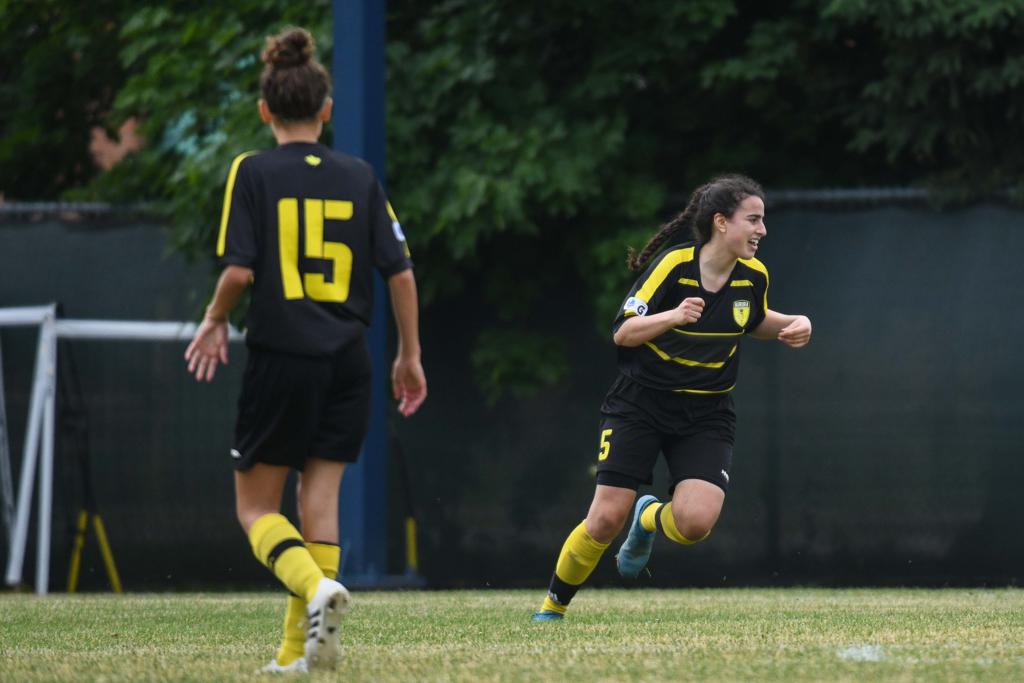 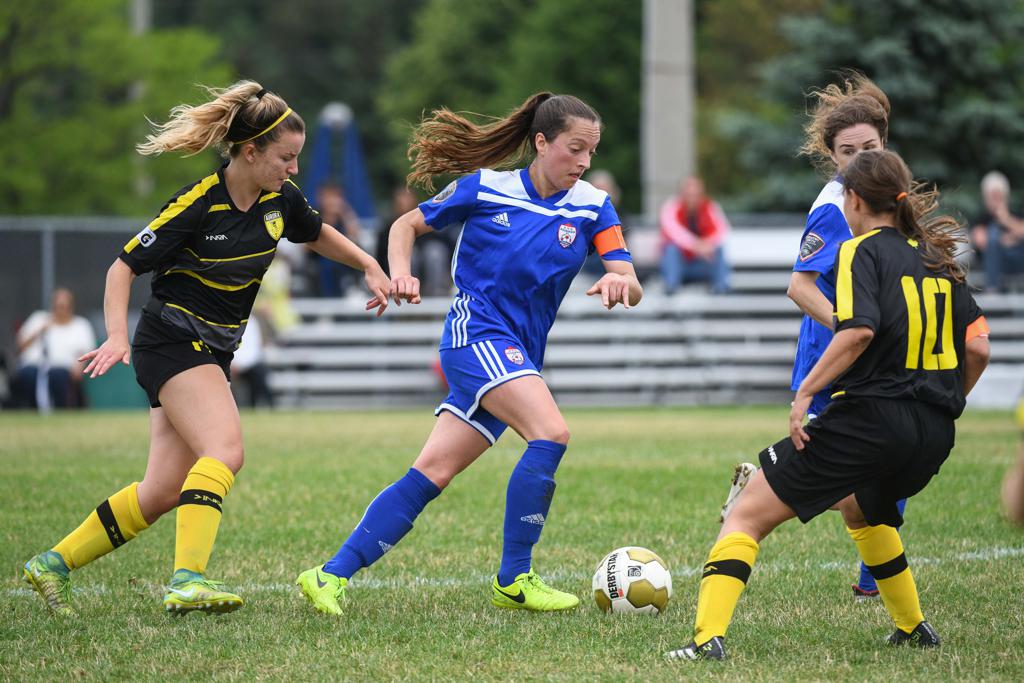 As the second half rolled around, Woodbridge had Aurora on the back foot with six shots on target, keeping Aurora goalkeeper Quinn Josiah busy as she made some great one-handed and two-handed saves.

Kira Bertrand attacked down the left side, beating some defenders and put one across the face of goal for the substitute Vladanka Gurovski (57') as she redirected it on net.

Aurora would answer back three minutes later when Bouak (60') caught Woodbridge goalkeeper Zeeyana Jivraj out of her net and placed a shot into the top right corner of the net.

In an effort to tie the game up in extra time, Aurora would push all their players forward on a free-kick in Woodbridge's end.

Woodbridge would immediately counter-attack sending Pechersky on a breakaway against Josiah. Josiah did well to deny her and make the one-handed save, but Pechersky would get the rebound and finish in on goal for a final score of 3-1.

Woodbridge move on to the semi-finals of the League1 Ontario Cup where they will play Dero United for a spot in the finals.

Woodbridge will next play Hamilton United on Friday July 6 (8 p.m.) at Ron Joyce Stadium. Click here to keep up on all the news, goals, wins and statistics for Woodbridge on their team page.

Aurora will next play West Ottawa on Saturday July 7 (4:00 p.m) at Wesley Clover Turf. Click here to keep up on all the news, goals, wins and statistics for Aurora on their team page.