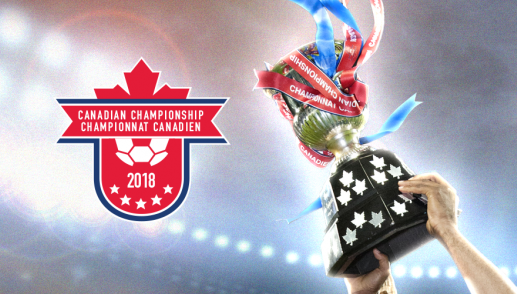 The second biggest moment in Canadian Soccer history will take place tonight when for the first time a pro-am side will advance to play a professional team in the Canadian Championship.

Last week in Laval, Pierre-Rudolph Mayard scored in the 90th minute to give home side AS Blainville a 2-1 series lead over Oakville Blue Devils in the First Qualifying Round of the 2018 Canadian Championship. After Mitchell Syla put Blainville up 1-0 in the 26th minutes, Oakville drew even just before halftime through Anthony Novak’s 40th minute equaliser.

The Québec champions hope their lead will be enough to see their way through to the Second Qualifying Round and awaiting Ottawa Fury FC. For their part, Ontario champions Oakville have an away goal and could win the series through a home 1:0 victory in the second leg.

Online sales are sold-out for the event but there may still be some tickets available at the door this evening.

If you can't attend, fans can watch that second leg on MyCujoo.tv/canada-soccer on Wednesday June 13 (7:30 pm ET). Fans can follow the competition on the official website at canadianchampionship.ca as well as through Canada Soccer’s digital channels on Twitter, Facebook, and Instagram using the #CanChamp hashtag.