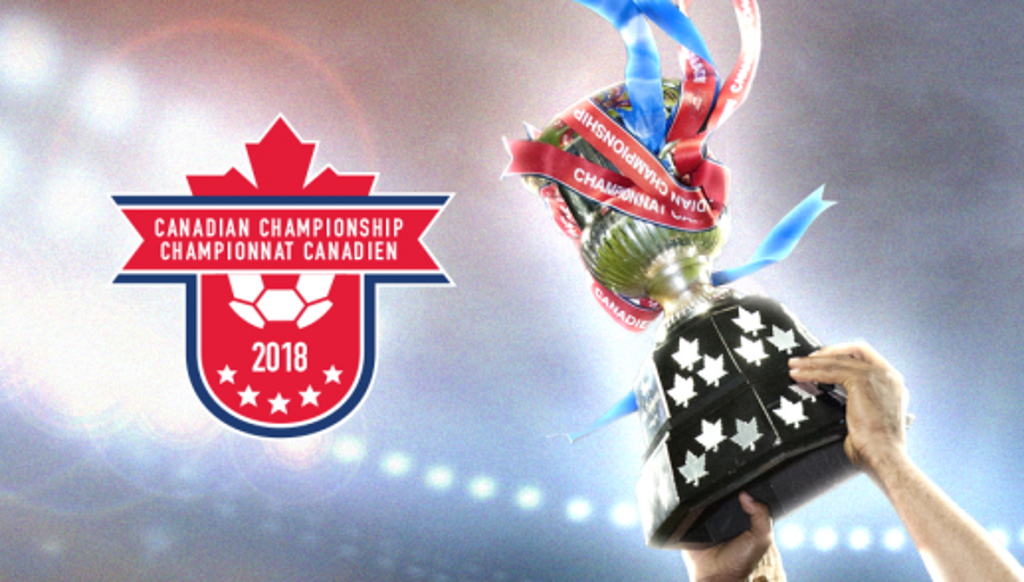 Pierre-Rudolph Mayard scored in the 90th minute to give home side AS Blainville a 2-1 series lead over Oakville Blue Devils in the First Qualifying Round of the 2018 Canadian Championship. After Mitchell Syla put Blainville up 1-0 in the 26th minutes, Oakville drew even just before halftime through Anthony Novak’s 40th minute equaliser.

The Québec champions hope their lead will be enough to see their way through to the Second Qualifying Round and awaiting Ottawa Fury FC. For their part, Ontario champions Oakville have an away goal and could win the series through a home 1:0 victory in the second leg.

Toronto FC were the second Canadian Championship winners in four years to make it to the Concacaf Champions League Final. In 2014-15, Montréal Impact made it through to the Grand Final with the last match the highest-attended in-stadia sporting event in Canada that year.

In 2018, Toronto FC will travel to meet the Qualifying Rounds winner in the opening leg of the Semi-final round, while Montréal will host Vancouver Whitecaps FC to open the other Semi-final. Both games kick off at 19.30 local on Wednesday 18 July with the second legs scheduled one week later on 25 July.

The Voyageurs Cup will be presented on 15 August along with the George Gross Memorial Trophy to the tournament’s Most Valuable Player.

About the Canadian Championship

• The Canadian Championship is Canada Soccer’s highest domestic professional soccer competition and it is the sole qualification route for Canadian professional clubs into Concacaf Champions League and onto the FIFA Club World Cup
• The current champions are Toronto FC who have won the tournament six times
• Canadian content is a focus of the content and since 2017 competition regulations state that each team must field a minimum of three Canadian starters for each match
• The Voyageurs Cup has been awarded to the Canadian Championship winner since 2008; created by the Voyageurs Canadian Supporters group, the trophy represents Canadian fans’ commitment to the game in our country
• The George Gross Memorial Trophy recognizes the Canadian Championship's most valuable player, with Sebastian Giovinco the reigning winner in 2017; the award is named after the late George Gross, an honoured member of the Canada Soccer Hall of Fame
• In 2018, the competition will feature six clubs from four different leagues: Vancouver Whitecaps FC, Toronto FC and Impact de Montréal from Major League Soccer (all earn automatic berths to the Semi-finals); Ottawa Fury FC from the United Soccer Leagues (who enter in the Second Qualifying Round); Oakville Blue Devils from League1 Ontario (who enter in the First Qualifying Round); and AS Blainville from the Première ligue de soccer du Québec (who also enter in the First Qualifying Round)
• Since 2008, three Canadian winners have reached the Quarter-final stage or further in Concacaf Champions League: Toronto FC twice (Semi-finals in 2011-12 and Grand Final in 2018); Impact de Montréal twice (Quarter-finals in 2008-09 and Grand Final in 2014-15); and Vancouver Whitecaps FC (Semi-finals in 2016-17)