Murphy Brace Enough For Aurora To Move On In L1OW Cup

Aurora FC women are moving into the quarterfinals of the League1 Cup with a 2-1 win over the Oakville Blue Devils at Stewart Burnett Park.

In the first half, both sides shared the possession of the ball with Aurora creating more goal-scoring opportunities. Aurora kept Oakville keeper Claudia Eustaquio busy throughout the half. Within the first fifteen minutes of the match, Eustaquio was forced to make a double save.

After 45 minutes of play, neither side was able to break down their opposing teams' backline.

The Blue Devils came out strong in the second half, pressuring to find a breakthrough. But it would be Aurora who would open the scoring thanks to Samantha Murphy (63’), who picked up a loose ball in the goal area to convert her first goal of the match. Two minutes later, Murphy would extend Aurora’s lead to 2-0. 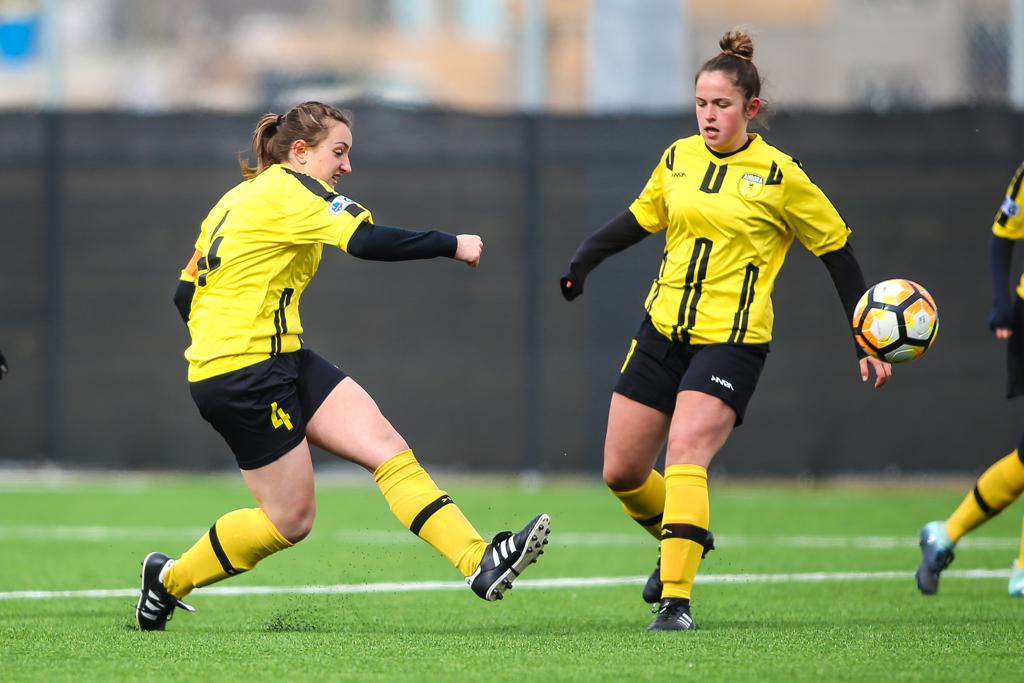 Two goals behind, Oakville would turn up the pressure and fight for a comeback, shaping the match into a physical battle.

In the 80th minute, the Blue Devils were playing to a one player advantage, after a collision would force off Aurora’s Natalia Casiello for the remainder of the match. Aurora had no substitutions left, after using all of them early on in the second half.

Oakville’s Justine Rodrigues (90’+) was just able to salvage a goal in the additional minutes, but Aurora would hold off their attempt to crawl back into the match.

With the win, Aurora moves on to the next round of the Cup and will be taking on the Woodbridge Strikers.

Aurora will get back to the regular season on June 2 (4:00 p.m.) when they host FC London at Stewart Burnett Park.

Click here to keep up on all the news, goals, wins and statistics for Aurora women on their team page.

As for the Oakville Blue Devils, they will visit the Hershey Centre to take on North Mississauga on June 2 at (8:00 p.m.)

Click here to keep up on all the news, goals, wins and statistics for Oakville women on their team page.