Marcel Zajac (23', 85') helped punch Sigma FC's ticket to the next round of the men's League1 Cup, scoring a brace in a 4-0 victory over Sanjaxx Lions at Monarch Park Stadium on Sunday.

The NCAA Division I forward grabbed the opening goal, smashing a low cross into the open net. He netted his second late in the game with a magnificent curling free kick, cementing his title as League1 Ontario's current leading scorer in all competitions with eight goals.

Sigma continued to press the attack after the first tally, resulting in a goal from Tajon Buchanan (34'). Kadell Thomas (74') scored the third goal of the game after coming on as a substitute only six minutes before.

Sanjaxx started the game on the front foot, hitting the target with their first two shots. However, they weren't able to sustain the positive play as Sigma goalkeeper Triston Henry stopped everything in his path to get the clean sheet, his second of the season in all competitions. 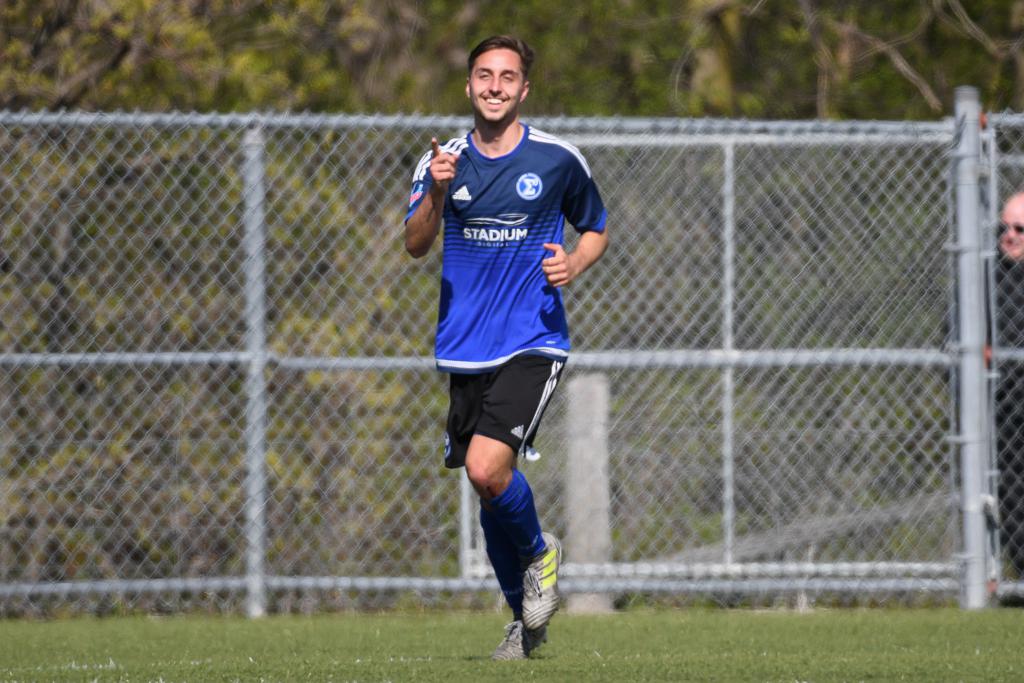 After a timid start to the match, Sigma shifted gears and didn’t let go of the gas pedal until the final whistle was blown. They finished the game with nine shots, six of which were on target.

Injuries early in the match forced the Lions to use two of their substitutions in the first half. Andrew Gordon also went down late in the game with a problem in his foot, leaving Sanjaxx down a player after they used all five of their subs.

The summer heat didn't stop the teams from competing at their hardest, and both clubs weren't afraid to get physical. Three yellow cards were issued to Sanjaxx, while Sigma were cautioned once.

Sigma will look to bring their firepower into the next round as they take on FC London in the quarter-finals.

While they wait for a date to be set, they'll face off against the very same FC London in league action on June 2 (4:00 p.m.) at Hershey Centre 1.

Click here to keep up on all the news, goals, wins and statistics for Sigma FC on their team page.

As for Sanjaxx, they look to get back on track as they return to Monarch Park Stadium on June 3 (2:00 p.m.) to square off with the Woodbridge Strikers.

Click here to keep up on all the news, goals, wins and statistics for the Sanjaxx Lions on their team page.