Master's Futbol scored two goals in each half to grab a 4-0 victory over Unionville Milliken S.C. They will meet the Oakville Blue Devils in the 3rd round of the League1 Cup.

The first half was almost evenly balanced, but Master's created more chances on goal and converted half of them.

Just four minutes after the kick-off, Sahjah Reid (4') opened the scoring with a tap-in. Minutes later, Cyrus Rollocks could have doubled the lead, but his final shot wasn't powerful enough to beat Unionville-Milliken keeper Lucas Birnstingl.

However, Rollocks made it up in the 36th minute when he made a solo run from the middle of the field, beat a defender with his pace, and sent the ball into the back of the net in a one-on-one situation Birnstingl. 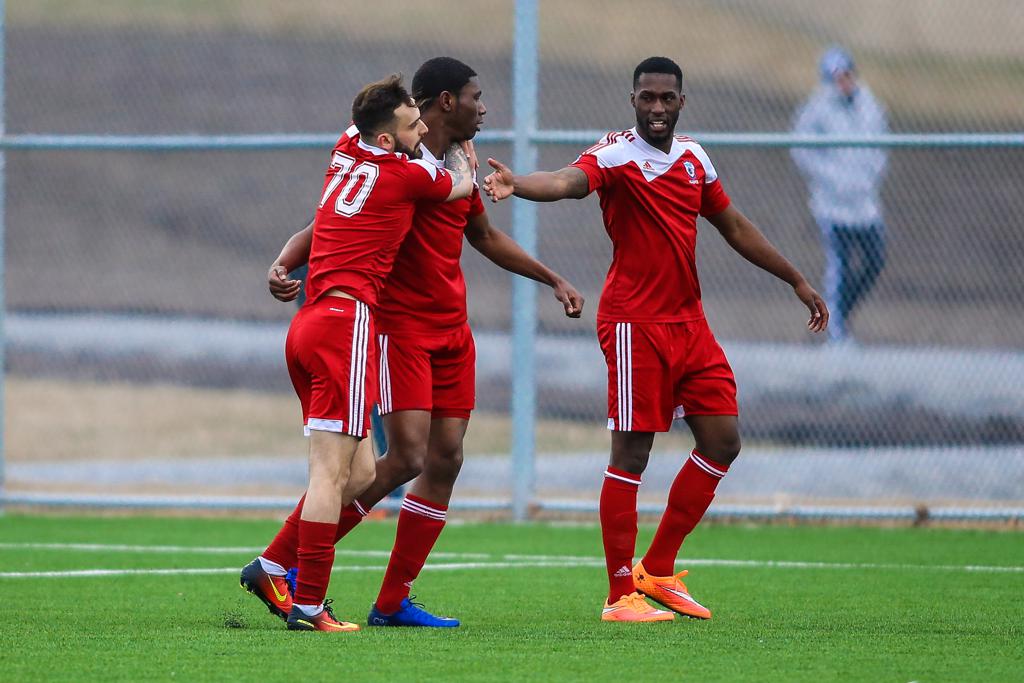 Down by two after 45 minutes of play, Unionville started the second half attacking, looking for their first of the night.

Their best chance came in the 55th minute when Nicolas Martinez's free-kick took a deflection and bounced off the far post.

Unionville's attacking game plan left some space on their backline, allowing Master's to score two more goals on counter attacks. Jose De Sousa (65') sent the ball into the far bottom of the net with a low angled drive, and just four minutes later, Shawn Brown (69') put his name on the score sheet through a powerful shot in a one-on-one situation.

After that Masters controlled the game and Unionville could not create any real scoring chances, as the match ended up 4-0 for Master's.

Master's Futbol next match in the league is against Vaughan Azzurri on June 2 (3:30 p.m) at McNaughton Turf.

Click here to keep up on all the news, goals, wins and statistics for Master's on their team page.

Click here to keep up on all the news, goals, wins and statistics for Unionville-Milliken men on their team page.