The fifth League1 Ontario season starts with a bang this weekend, featuring 13 matches across the men's and women's divisions.

In Game 6 of Matchweek 1, we get the men's division opener: 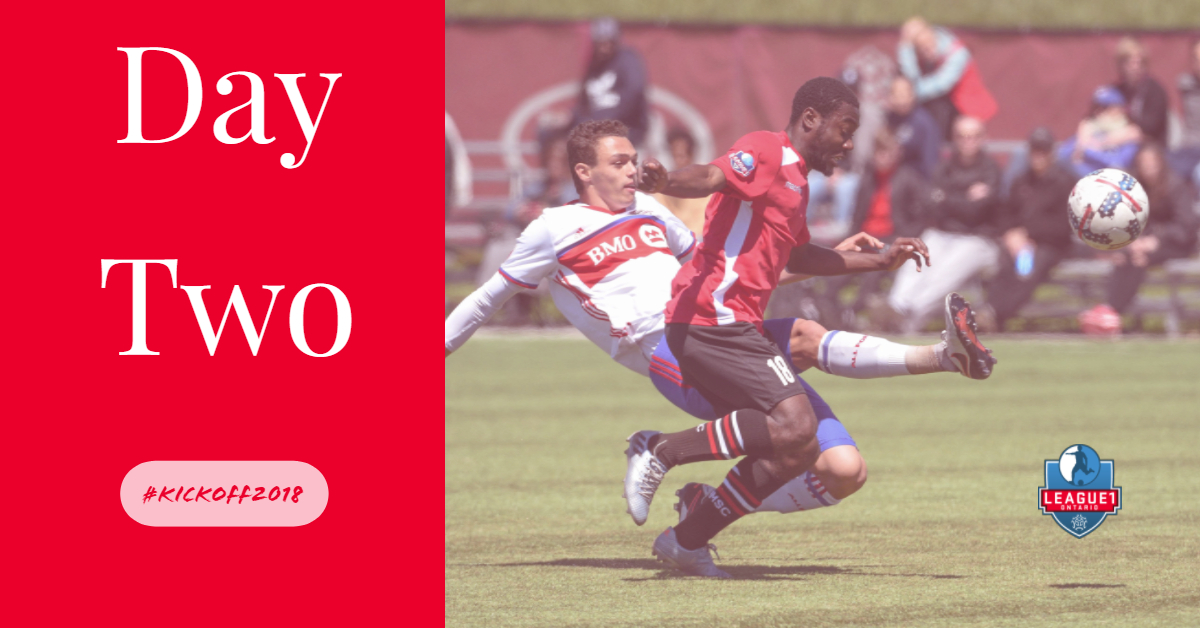 Aurora has been making player announcements on their twitter account for weeks now, but head coach Derek O'Keeffe took some time to offer a shortlist of highlights:

"Max Ferrari is a young player who made his L1 debut last year," said O'Keeffe.

"He is eligible for the U21 side also but is technically a gifted footballer. Box-to-box player either midfield or wide with a tremendous work-rate and a sharp eye for goal."

"An exciting season ahead for Max."

"Morey Doner is a senior player for us and a club captain," O'Keeffe continued.

"Had a spell with injuries so it is basically a new signing for Aurora. A fully fit Morey is one of the best players in the league, he brings with him fantastic speed and a second-to-none work-rate."

"Morey has real a passion for the game, excellent leadership skills and a player who the younger players will look to for his experience."

"Michael Nitchov is a player that brings great experience to the side," he said. "Versatile player who can play number of roles."

"Michael brings great composure to the team and has superb fitness levels. He will be looking to take his game to another level this year and we are delighted to have him in our squad." 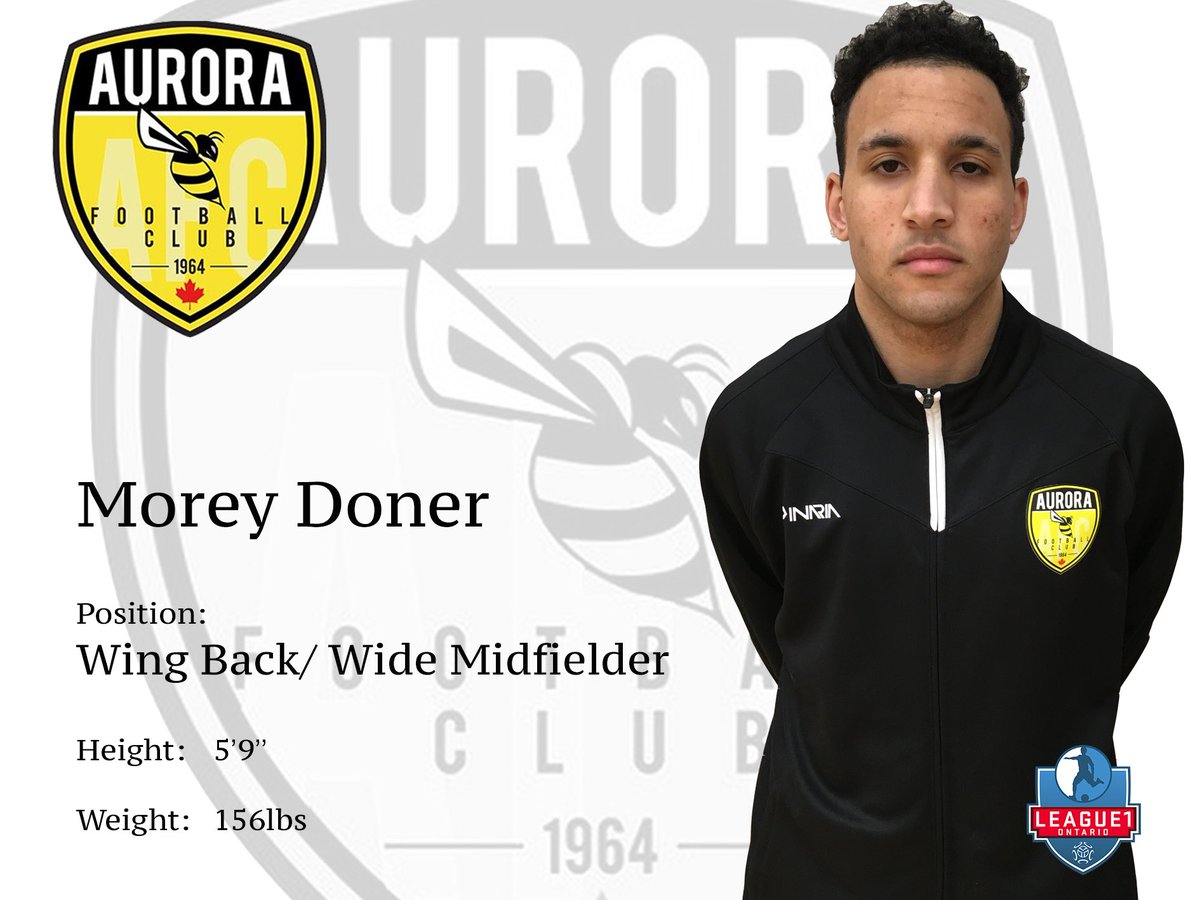 Masters FA Saints brought in a new head coach last season in Rick Titus, who made wholesale changes to the Masters and produced a strong and stable side.

Chairman Junior Groves is excited about the rebuilding that has continued in the off-season, and highlighted a few very impressive signings.

"Rohan was with Arsenal from the age of 10 and left for cross town rivals Tottenham Hotspurs, where he became a club favourite and a household name in England."

"Rohan went on to play in the England national program as a youth and also had a brief stint with TFC in their early years to put them on the map," he added.

"Rohan has come home to MFA to feature in League1, gracing these stages with years of experience in the English Premier League. Rohan bring his midfield general touch to a squad full of pace and creativity. Rohan’s maturity in the game adds a different element to talented young squad who will be looking for the championship in 2018."

"In addition, we have signed in Cyrus Rollocks," Groves continued.

"Cyrus adds the pace and power to complement a potent forward line. Cyrus had a great year in 2017 for TFC III, and was the Young Player of the Year. This year he is looking for greater things and already showing signs that he is willing to work for it in this talented group." 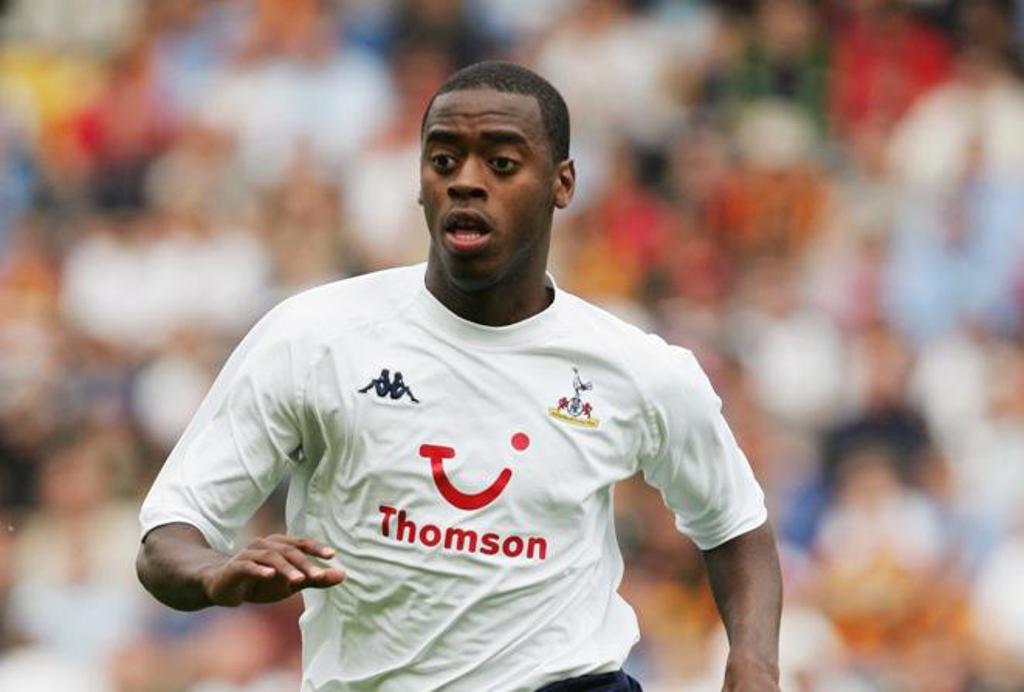 "Jose De Sousa is back in 2018 as well, looking for the scoring title as he played less games than all players in the goal-scoring race last year but still came second place in the running," said Groves.

"Jose was named to the League1 All-Star team last year and now looking to solidify as a player that will score at the national level."

"Joey “The Sniper” Melo will once again grace League1 Ontario with his outstanding vision and passing abilities in 2018," said Groves.

"Joey is one of the few players in the country who can create scoring opportunities for himself when his team needs it. We are expecting many goals from Joey this year as he is quite the dead ball specialist."

"We are glad to attract the quality of such players as Sahjah Reid to League1 Ontario," he added. "We feel that this type of talent should be showcased at the national level and we are glad to be the first to show it across Ontario."

"Liam Cox started his youth soccer with MFA as the face of the Academy and was at the top of his age group each year," continued Groves.

"He took a two year break and now returns home to MFA to show what happens when a son returns home to a place where he lives the game and enjoys every minute of playing the MFA way."

"Maleik "Skill" DeFreitas is now even fitter (injury-free) than he was in 2017 and has come to stamp his name on a top Canadian Premier League franchise," Groves concluded.

"Maleik is at the top of the list for best ball delivery servers in Canadian soccer. His ability to hit a dead ball with both left and right foot accurately is unheard of."

"He is  deadly at corner kicks and we hope Canada takes a good look at Maleik this year as this young player is a force to be reckoned in attacking midfield. Maleik has been with MFA since he was a youth player and bring the MFA football flow to the game and is one of the most entertaining players to watch in the park."

"This type of player bring fans come into the stadium to watch football!" 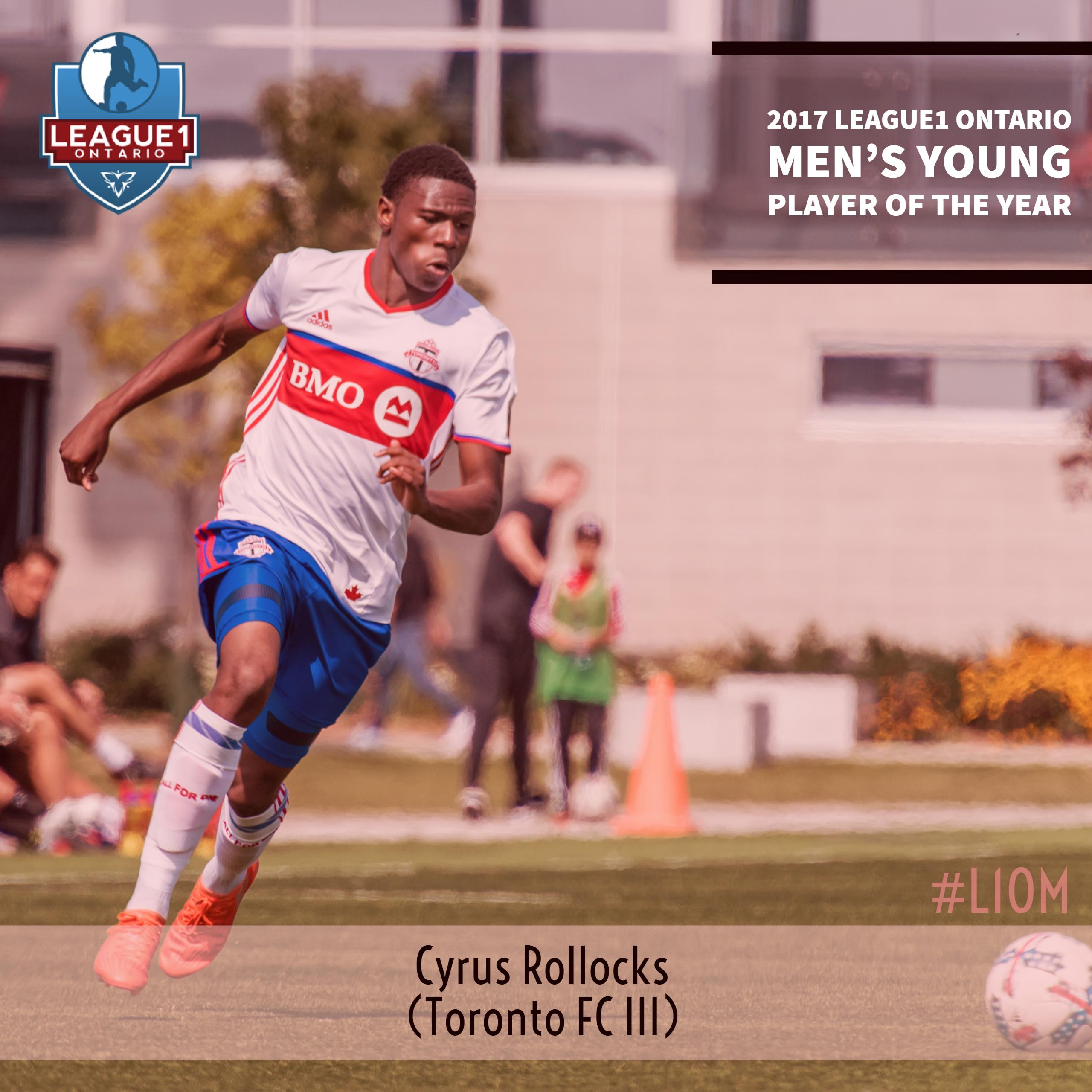 Both Aurora and Masters grew into the season last year, with respective managers O'Keeffe and Titus doing great work to shape up two sides that have always had lots of talent, but were short on consistency of results.

Both sides have clearly also been very busy in the off-season, with Aurora announcing a full squad of players well in advance of the #kickoff2018 weekend and Masters clearly having gone into recruitment overdrive with signings of 2017 Young Player of the Year, Cyrus Rollocks, and of course former Tottenham and England player, Rohan Ricketts.

Home ground advantage will be important for this first fixture as the teams get their legs under them, but Masters hit the field with a more experienced group of players and a side very heavy on confidence going into their fifth season. It is clear Masters is showcasing a large number of players for the upcoming Canadian Premier League (CPL) while Aurora is largely intent on bringing through the best young local and homegrown products.

Result: If Masters hit the ground running with all of their returning experience and new signings in full flow - they should carry home the three points. If not, look for an upset here by a young side that has been well-prepared and primed to make a point this season.