Darby FC To Field Men's Side In 2018 League1 Ontario Season

Darby FC - a partnership between Darlington Soccer Club and Whitby Soccer Club - will build on the good work done with their League1 Ontario women's side in the last two years by adding a men's side for the 2018 season.

Representing the completion of the high-performance pathway at both clubs, the League1 platform at Darby FC will offer a podium for youth products at both clubs that are looking to move onto the highest levels of the game - whether that be post-secondary or professional opportunities. 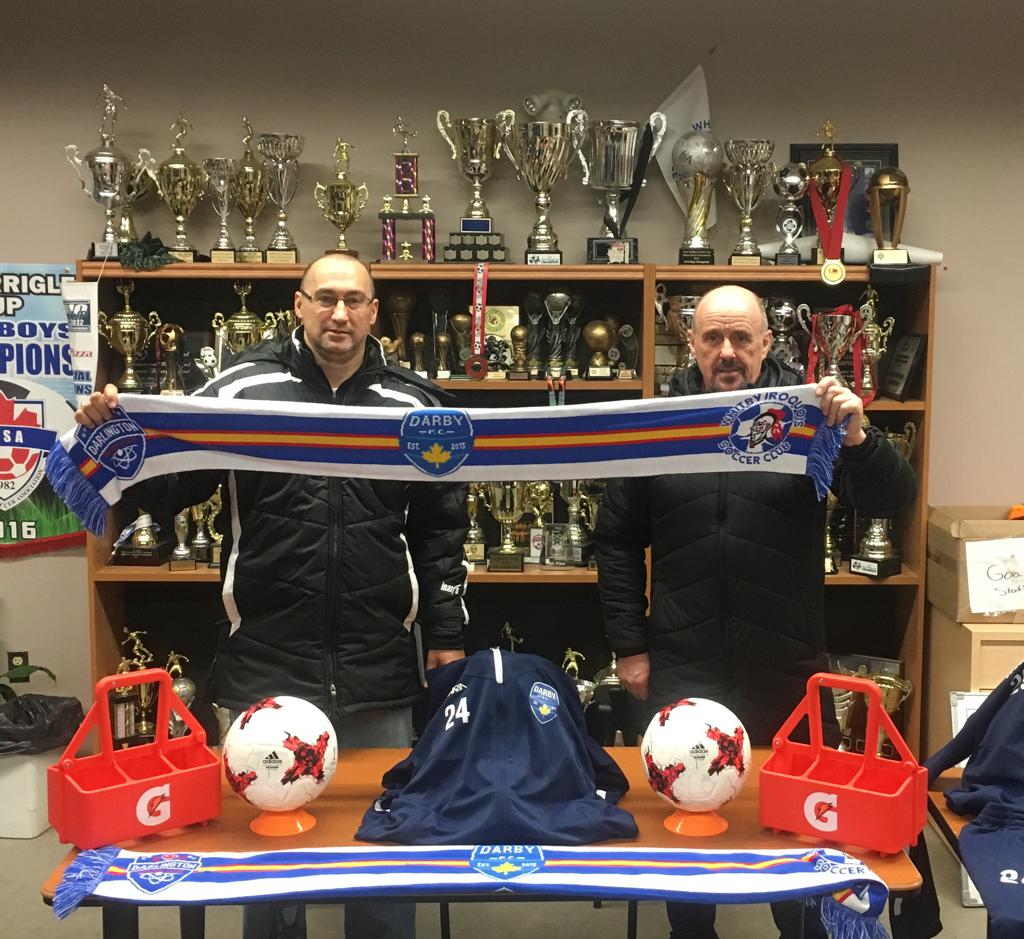 Whitby Technical Director David Thorburn will be at the helm for the Darby men's side, providing a professional club example that emulates his years of experience at the highest levels of the professional game in Scotland.

"We will look to replicate the training, preparation and manner of a professional environment," he said.

"This program will run from November to early October in the year, with the players getting a small three week break before they begin preparing for the following season. It's a full year commitment to do it right."

"We also feel we have a good handle on all the youth prospects coming through at both clubs, and we train them in position-specific environments throughout the week with classroom sessions and physical measurement as well," he added.

"We have a good sense of which 17, 18 and 19 year olds are ready to move up and we'll provide them the professional attention and structure to move forward at Darby."

"The first thing is obviously team leadership and a key piece for us is Sanford," said Thorburn.

"We have known each other for ten years and he has been in League1 for several years and he has very good contacts. I don't think I would have done this project without him being involved."

"Billy is very important to have as well because he is experienced at a high level having played for his country and he is very, very calm. He has also known many of our young players since they were very young so he will be an excellent conduit between the coaching staff and the players. You always need that key part in a well-functioning technical staff." 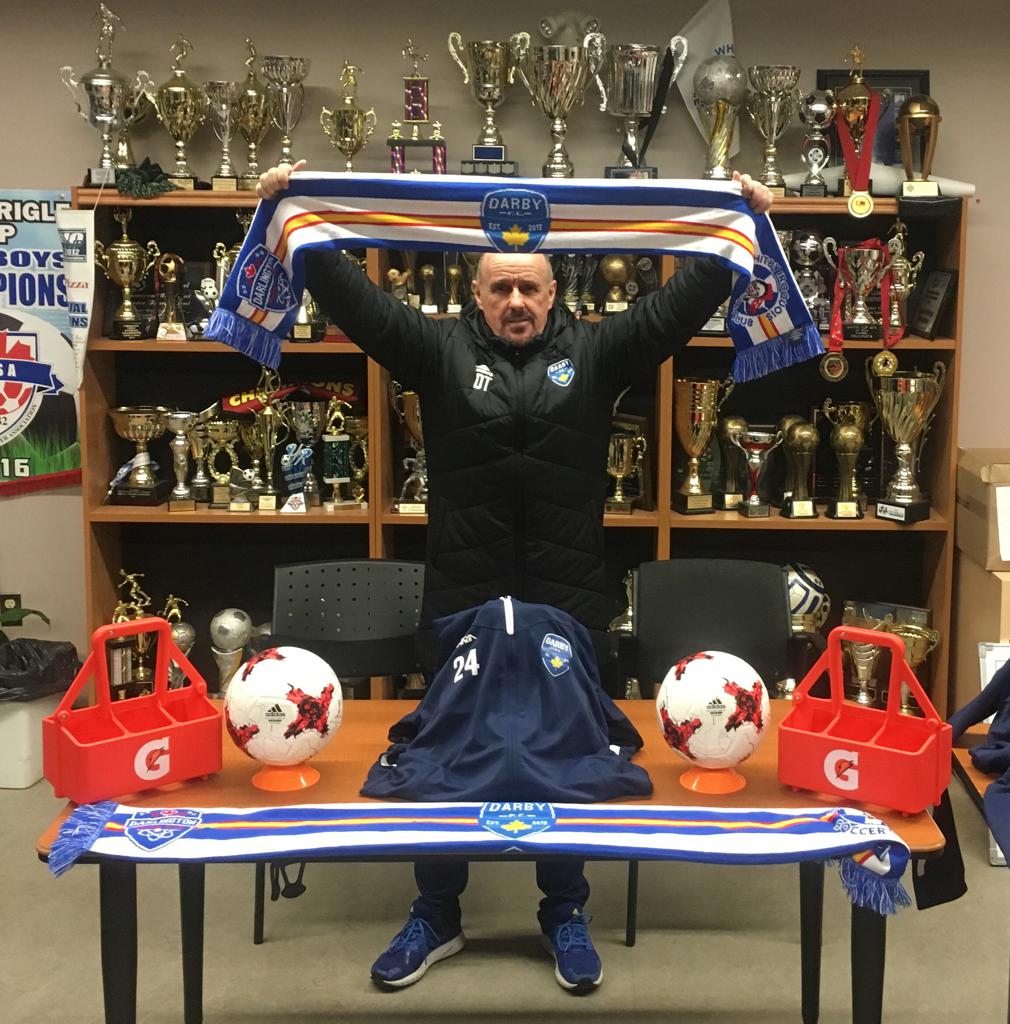 The focus of Darby FC is to build off the roots of both partnered clubs, offering a unique game-day experience that both inspires the club's youth prospects and members and forges local partnerships with business and the community at large.

"At Whitby, for example, the club was founded fifty odd years ago as a community hub for local youth to be involved in a positive environment," explained Thorburn.

"The grassroots sections at both Darlington and Whitby is our biggest strength and we hope to utilize that by creating incentives for members and the community as a whole to come to our League1 matches."

"We want people to see their own local boys on the field and we want our younger players to be compelled to move forward by the example of the senior team."

"That is what it is about - having the game set an example for the younger ones to emulate." 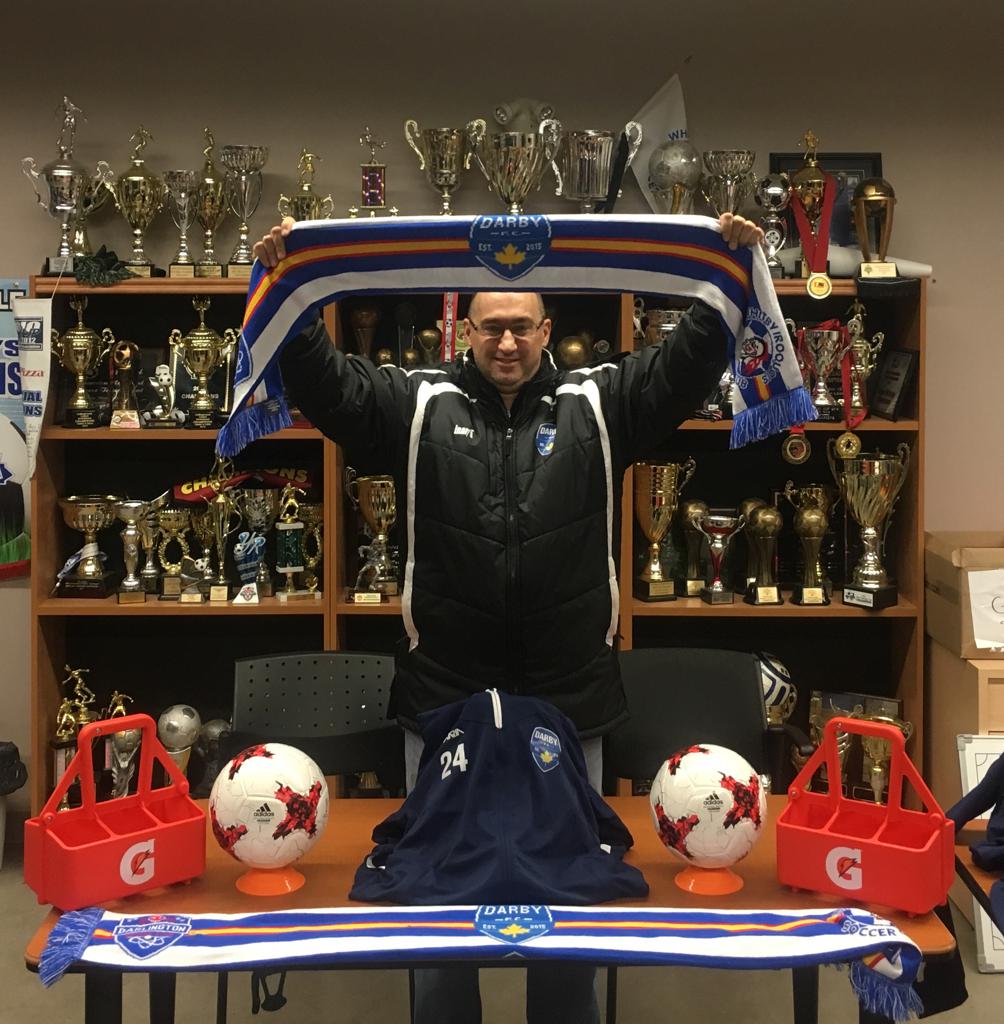 In 2018, the men's side will be a mix of experienced players - some of whom have appeared in League1 in previous seasons - and the best of youth prospects from Whitby and Darlington. Thorburn explains that the intention is to have players whose experience will both model and mentor game literacy for the young players coming through.

"I think it is going to be a really good mix of experience levels," he said.

"Number one we wanted to put together a strong backbone of experience in the team. We need the experience to help the younger boys deal with the adult game, look after them and talk them through their first experience. You will get some youth that will fold and some will fight under pressure and want to give them every chance."

"I think we'll be very competitive in the first season but hope to be pushing towards a title," he added. "We'll be very organized and well-trained, with a lot of experience and guidance from myself, Sanford and Billy as well."

"But we're also looking at the seasons coming, when our youth will be ready and experienced. We already have the best of our 17, 18, 19 and 21 year olds training with the League1 team, not broken up into separate groups, and we're training them three times a week," Thorburn concluded.

"If you're doing well at those senior youth levels, at Darby you will train with the best group we have."