In the eighth of a set of ten daily League1 Ontario 2017 Awards announcements leading up to the L1O Awards banquet on Sunday November 12, the 2017 Coach Of The Year for the Men's and Women's divisions have been revealed. 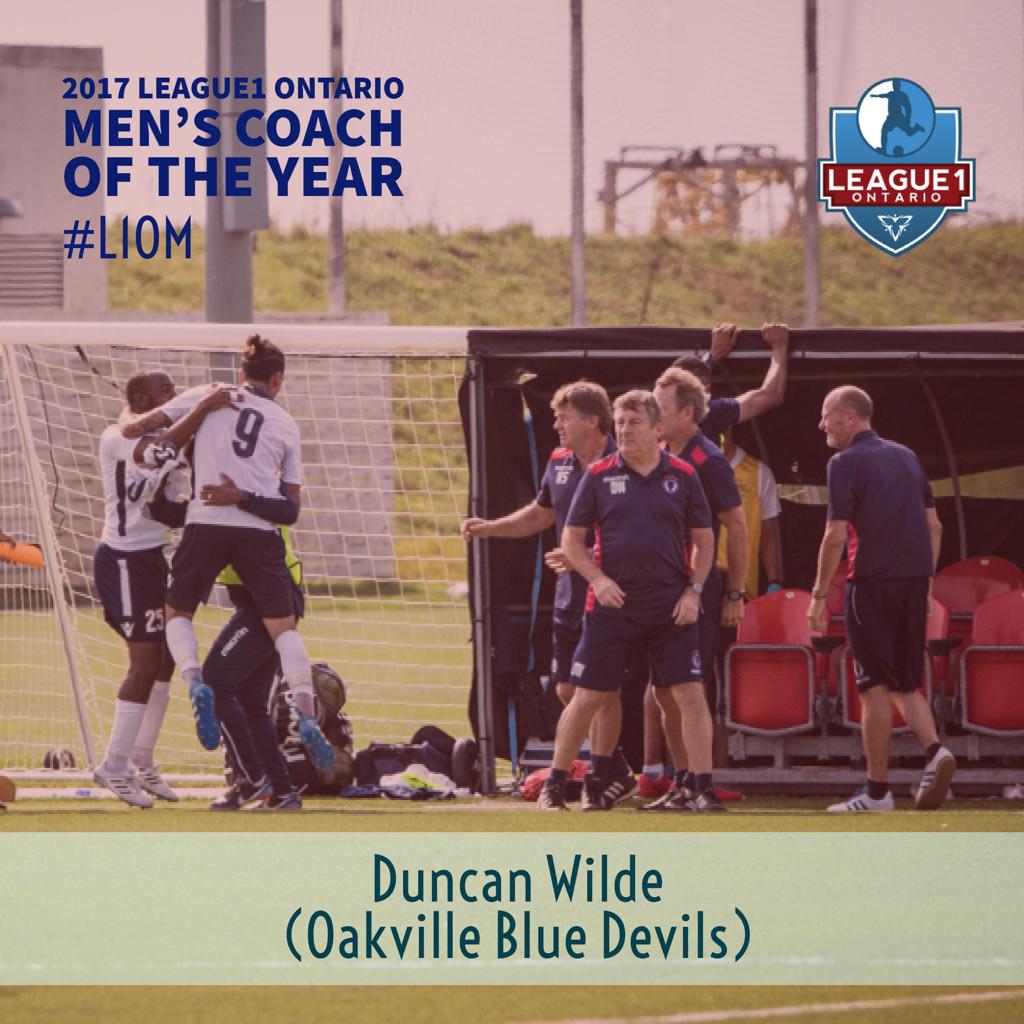 Oakville Blue Devils' head coach Duncan Wilde is a name well-known to those following League1 Ontario over the years.

Wilde's Blue Devils won the 2015 League1 Men's Championship in their debut season and made it a double-winning year after defeating the Quebec champions, CS Mont-Royal Outremont Griffons, in the 2015 edition of the now-defunct Inter-Provincial Cup.

Despite having a difficult sophomore season, the Blue Devils rebounded with force in 2017, winning 18 league matches, drawing two and dropping only two results.

The Blue Devils also showed that they made very good use of their 2016 season, in spite of not getting the results they were after that year, after the success of Blue Devils youth in 2017 play - in particular striker Matt Santos, who finished the season with 14 goals from 21 appearances - showed a depth and quality of youth that has continuously been built over the years.

The Blue Devils also showed great balance in their 2017 team, assembling the third best +/- goal difference in the entire league after producing a joint-second best defensive record and the fourth best goalscoring record.

The team could draw upon a committed and steady cast of experience and youth, with Konner McNamara anchoring the back-line alongside the versatile Victor Gallo, Hitesh Joshi and Al James, and captain Taylor McNamara dictating tempo in midfield. Wilde also found time and space in this team makeup for a plethora of attackers, from 2015 Golden Boot winner Felipe Vilela, Anthony Novak, Braden Culver, Judah Hernandez, the aforementioned Santos, and 2017 All-Star Khody Ellis.

Shrewd new acquisitions such as 2016 Goalkeeper Of The Year, Matt George, and welcome new addition in the form of former Canada Men's National Team player, Stephen Ademolu, complete just a short-list of the influential and key figures in many of the team's big wins.

Congratulations to Duncan Wilde on being named the 2017 League1 Ontario Men's Coach Of The Year! 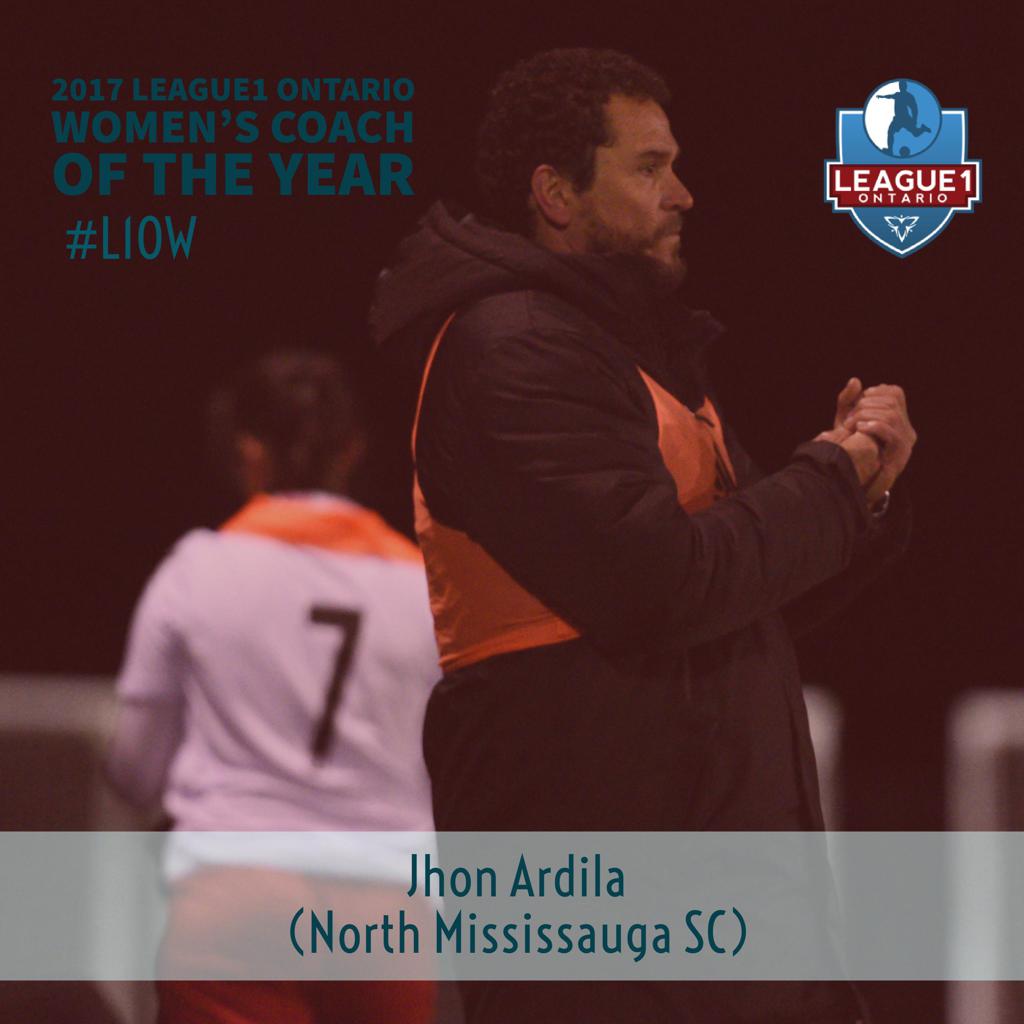 However, the manner in which Ardila managed his squad made an impression on anyone watching North Miss.

With a rotating cast of youth coming through the ranks, Ardila managed the toughest job in the game - balancing results with continuous development of the team. By the end of the season, North Mississauga had used an incredible 52 different players to get to the top of the table!

The team had the consistency of vets in the team, such as keeper Vanessa Fiore, centre-backs Kira Bertrand and Christina White, midfielder Cathryn Rogers and others, but the sheer number of youth talents given valuable experience in the league will have built a pool of players for years to come.

Ardila had the knack of locating goalscorers too, with Cassandra Briscoe, Laura Twidle, Oshay Lawes and Cathryn Rogers all generating the second most powerful offence in the league to complement the team's defensive integrity.

Only 2017 Champions FC London had a superior defensive record, as North Miss only relinquished 18 goals in 20 matches. With 11 wins, three losses and six draws, North Miss showed that their mentality in 2017 was "never lose."

Congratulations to Jhon Ardila on being named the 2017 League1 Ontario Women's Coach Of The Year!