In the seventh of a set of daily League1 Ontario 2017 Awards announcements leading up to the L1O Awards banquet on Sunday November 12, the 2017 League1 Ontario Fair Play Awards have been revealed, featuring two exemplary players from the 2017 season.

The players that were shortlisted for consideration to receive the Fair Play award consistently demonstrated exemplary behaviour on the pitch in a manner that is in keeping with the spirit of FIFA’s Fair Play standards, as well as boasting an excellent disciplinary record.  Additionally, they were key contributors to their teams during the 2017 season. 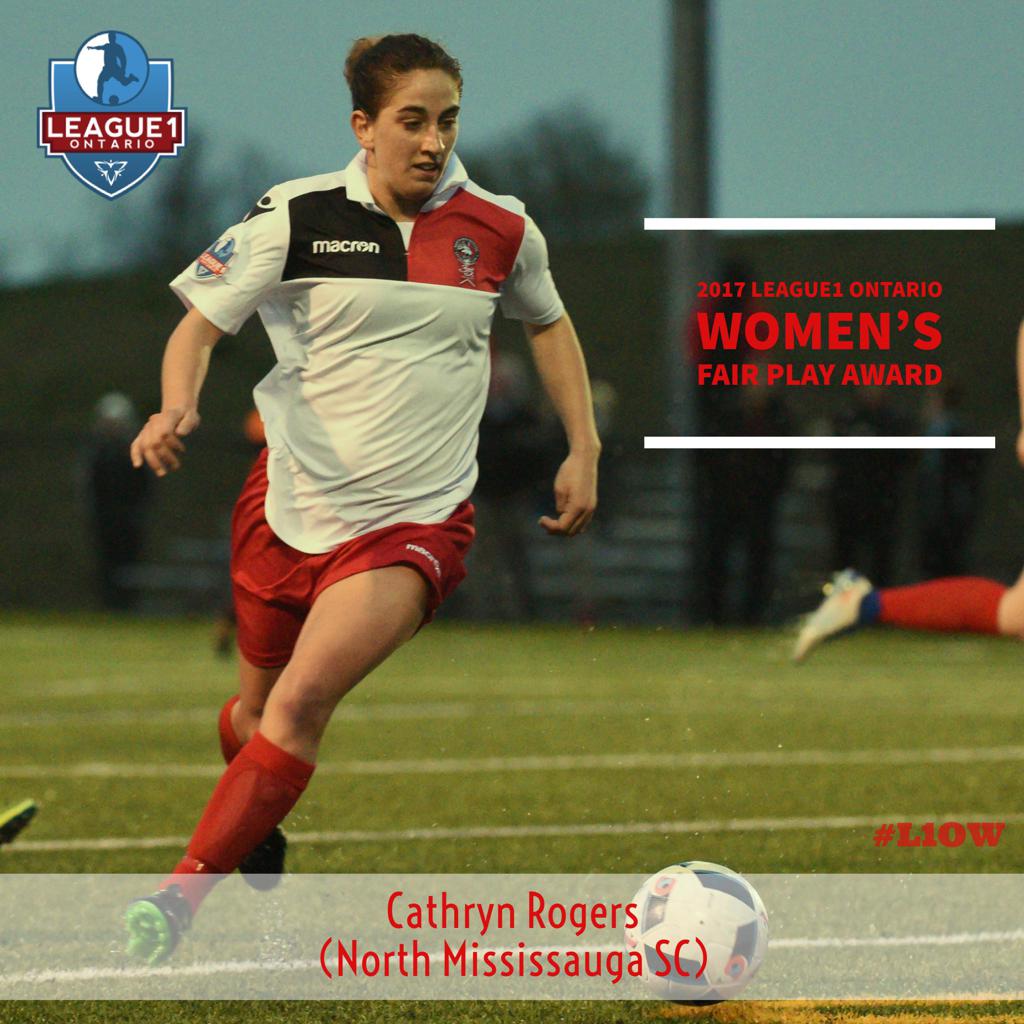 Rogers has demonstrated all the characteristics of the beautiful game during her three seasons in League1 Ontario and during the 2017 season led her side to a very successful season and not just in the results category.

Rogers had an immaculate discipline record over her 17 league appearances for North Mississauga in 2017, receiving zero bookings and managing her side's collective discipline with aplomb (North Mississauga's 52 player roster took only seven cautions over the entire season!).

Finally, although not necessarily an aspect of Fair Play, Rogers also found time to exhibit her skills and make a difference on the score sheet; Rogers was third in North Mississauga's goal-scoring chart, scoring seven goals from her central midfield position. 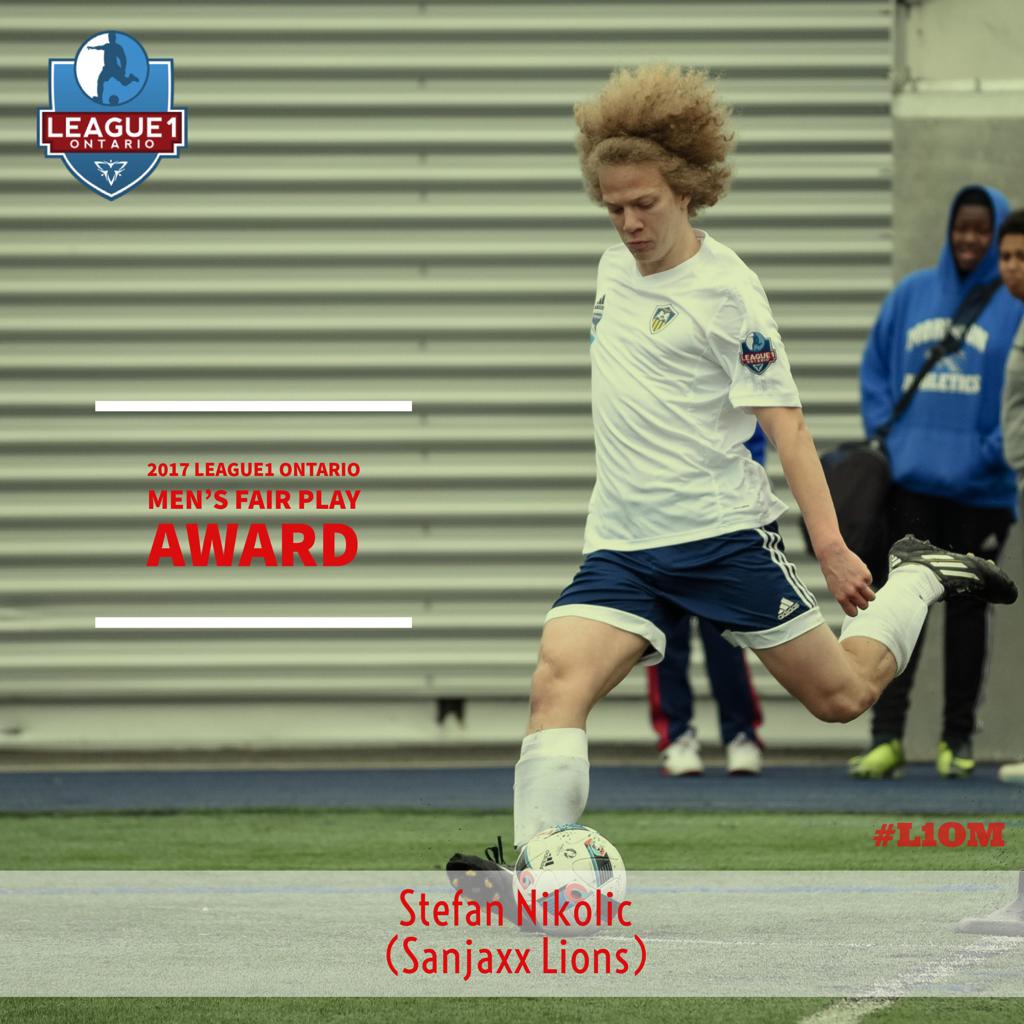 Nikolic has been a stalwart with the Lions team from their first season in the league, and established himself as young midfielder with substantial skills, pace and respect for the opponent.

Nikolic appeared in every Sanjaxx match (playing 90 minutes in all but four matches) until leaving for professional trials in Italy.

The distinctively coiffed midfielder has gathered more and more attention during his years in the league, building in strength and presence and becoming the heart of the Lions midfield.

Although Nikolic was respectful, he never gave ground to an older, more experience opponent and his style personified the expression of "playing hard but fair." Niklolic only took one caution over his 19 appearances in 2017.

Last and not least, one men's and one women's team distinguished themselves as deserving of a team Fair Play Award after receiving the lowest amount of overall discipline in the league.