In the sixth of a set of daily League1 Ontario 2017 Awards announcements leading up to the L1O Awards banquet on Sunday November 12, the 2017 Goalkeepers Of The Year have been revealed, featuring two outstanding performers from the 2017 season.

These award winners were selected by a committee comprised of technical staff from each team in the league, as well as league officials, based on their overall goalkeeping ability - not simply goals against average or clean sheets - although they had plenty of those as well. 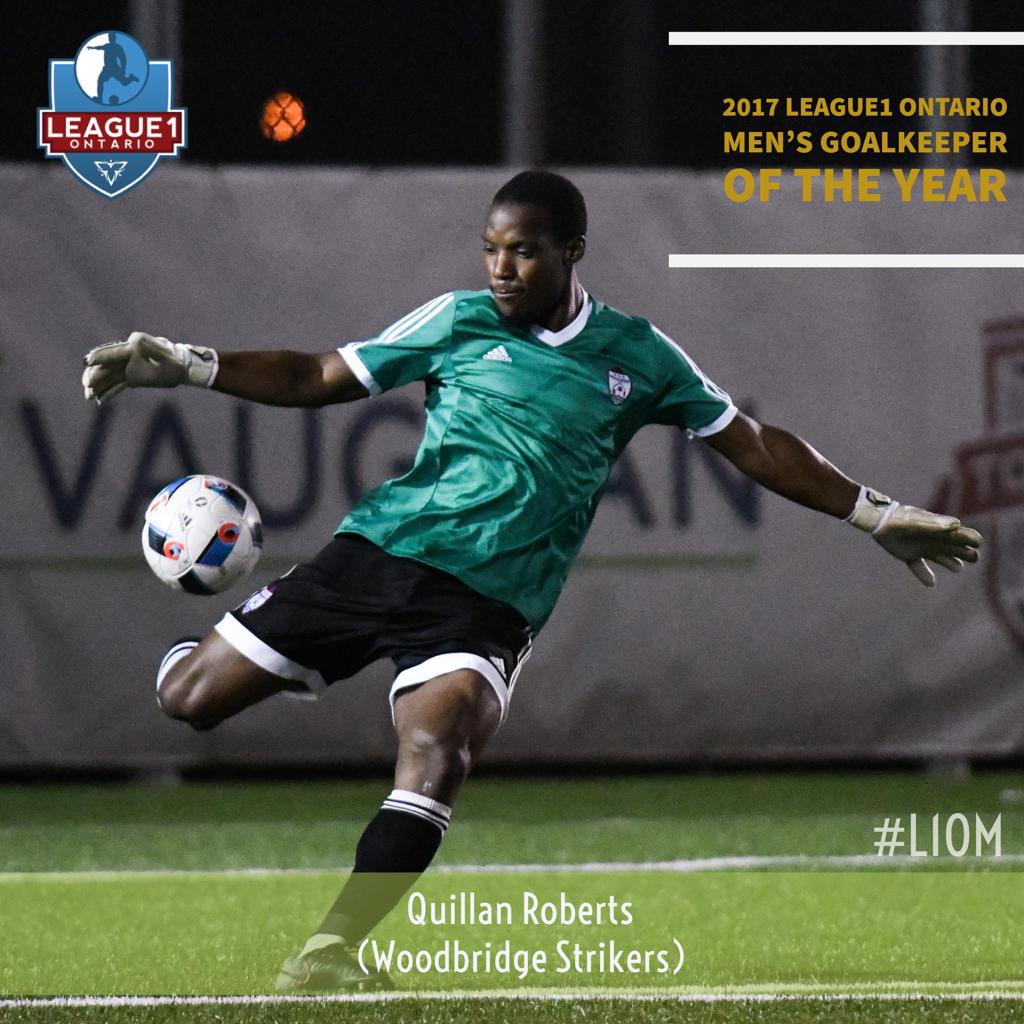 A former professional with Toronto FC and Wilmington Hammerheads, goalkeeper Quillan Roberts signed with Woodbridge Strikers for the 2017 season and proceeded to make a major impact.

Roberts suited up for 19 of the Strikers' 22 league matches, keeping nine clean sheets and maintaining a goals against average of 0.79. From the club's opening 2-1 wina at Masters FA Saints to their final scoreless draw against Oakville Blue Devils, Roberts provided crucial save after save to keep his side on level terms and with a chance of winning any match.

Roberts also took his side to an L1 Cup Championship, keeping one clean sheet against FC London and keeping Sanjaxx Lions, North Mississauga and Vaughan Azzurri to no more than one goal each.

At the end of the season, Woodbridge Strikers would have the joint-best defensive record in the entire league - conceding only 20 goals in 22 matches - and Roberts was the lynchpin in this ironclad defensive machine. 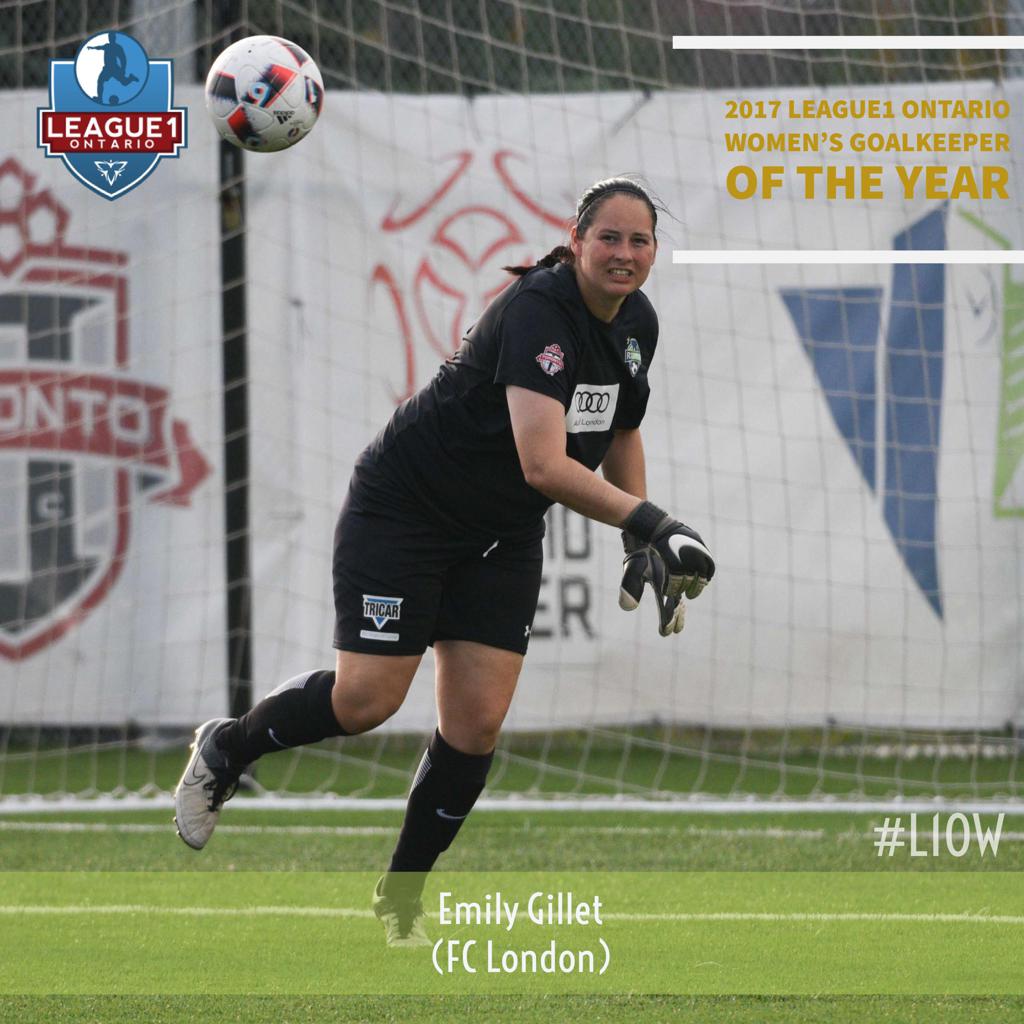 FC London repeated as League1 Ontario Women's Division Champions in 2017 and although Golden Boot winner Jade Kovacevic had much to do with the achievement after slamming in 40 goals, at the back end of the pitch another player was making sure there would be no way back for the opposition.

Emily Gillet conceded only ten goals over 16 appearances for the champions, registering a whopping eight clean sheets and a goals against average of 0.62.

Gillet was also a force in the L1 Cup, guiding FC London to the final and ultimately making it a double-winning season after keeping two clean sheets and conceding only one goal a match in the remaining two fixtures.

Gillet also showed an uncanny ability to start attacks for the FC London side, triggering sweeping team moves that would more often than not finish in the opponent's net.