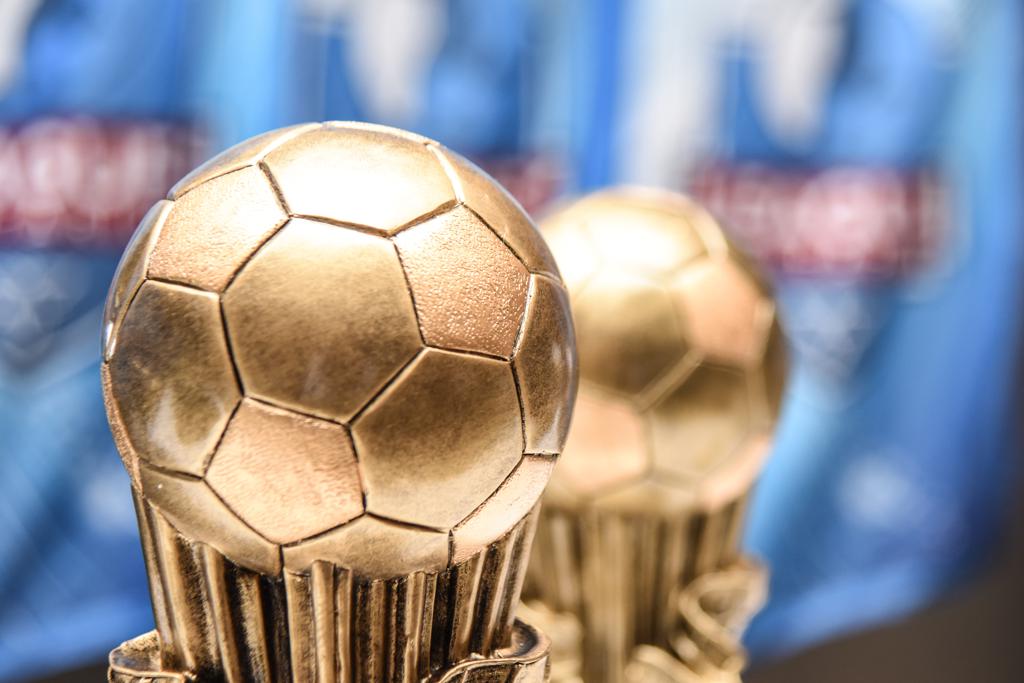 In the third of a set of daily League1 Ontario 2017 Awards announcements leading up to the L1O Awards banquet on Sunday November 12, the 2017 Defenders Of The Year have been revealed, featuring two outstanding performers from the 2017 season. 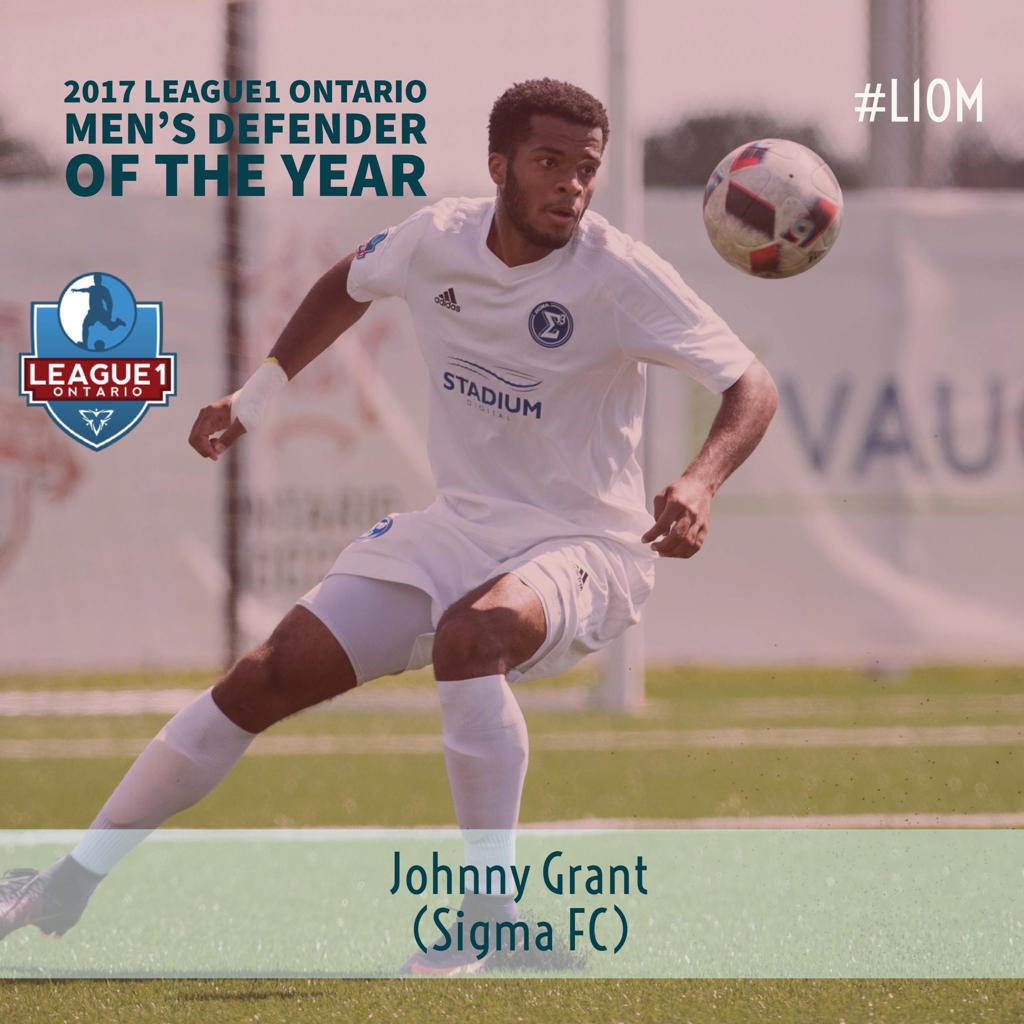 In the category of best defensive record, men's west division runners-up Sigma FC finished the season tied for first in the league with east division winners Woodbridge Strikers, and on the Sigma side this had much to do with both the defensive and attacking acumen of their right-back, Johnny Grant.

Grant made 20 appearances in the league, logging 1,765 minutes, scoring seven goals, and ensuring Sigma only allowed 20 goals against in their 22 matches - a great return for a right back.

The Sigma product has also come through the senior end of the Canadian National program of late, playing U23, the Pan-Am Games, and getting selected for CMNT camp and a pair of friendlies in 2015.

Grant's pedigree has already been recognized at the professional level as well, having spent time training with Belgian club Genk in 2014 before being signed into the USL with FC Montreal in 2015. Grant then signed with Swope Park Rangers in 2016 - a banner year for the club as they advanced to the 2016 USL Cup Final. 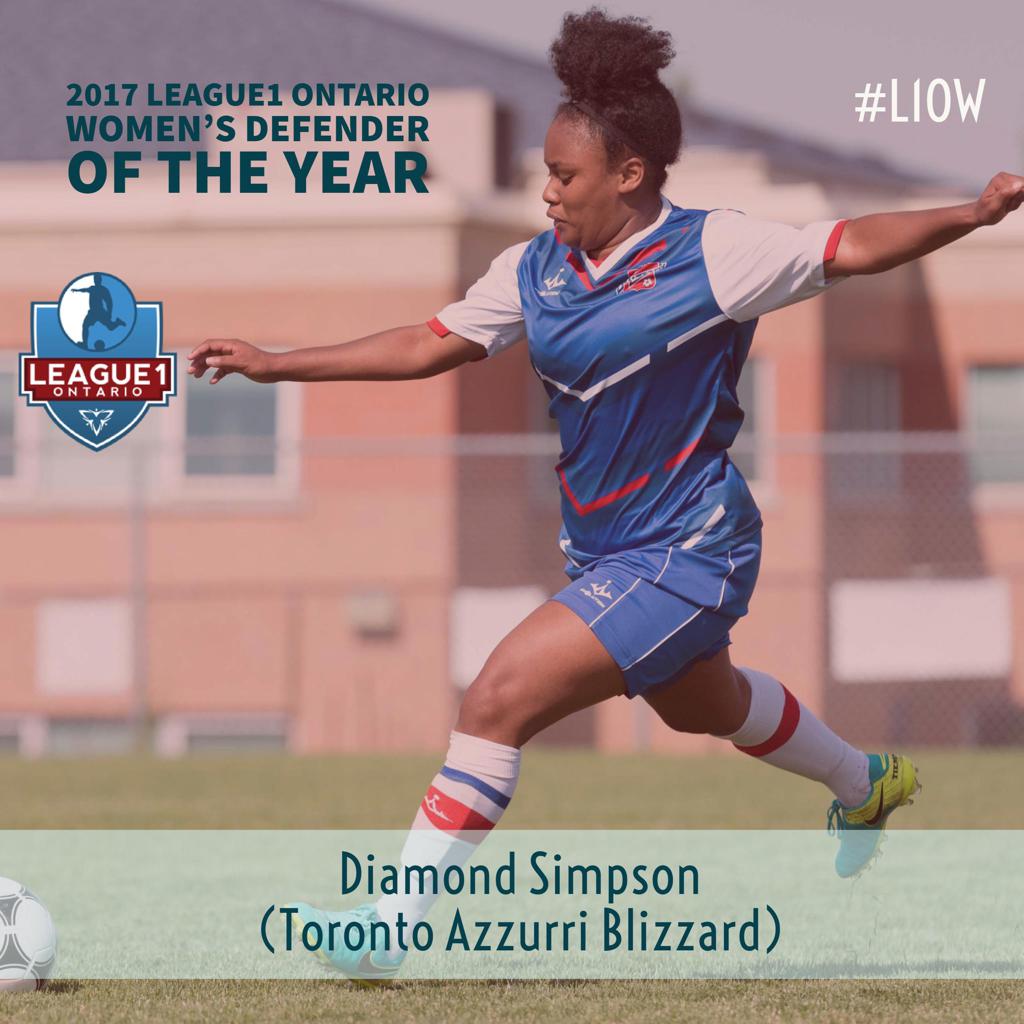 Toronto Azzurri Blizzard finished their inaugural League1 Ontario season in ninth position of eleven teams, but only the top three teams in the division had a better defensive record than the newcomers.

This achievement had much to do with the experience of the Blizzard's centre-back, Diamond Simpson.

Simpson made fourteen appearances for the Blizzard in 2017, logging 1,207 minutes and scoring two goals - one in a 2-1 win over champions FC London.

A longtime Canadian National team player, 24 year-old Simpson made her debut at U17 level in 2008, representing Canada in the 2008 FIFA U17 World Cup in New Zealand and later winning a gold medal at the 2010 CONCACAF Women's U17 Championship in Costa Rica.

Simpson broke into the CWNT in 2010 - playing under Carolina Morace and later John Herdman at the 2011 Pan-American Games - and also played in the NCAA for University of Memphis.