FC London closed to within two points of first place in the women's division after a dominant 12-0 win over visitors Durham United FA to open Matchweek 21 women's play.

Despite the scoreline, a mutual respect between the two organizations was evident.

"The coach at Durham here, Ramin, he and I have a great relationship and I have a lot of respect for him," said FC London head coach, Mike Marcoccia.

"He is a quality coach and person and one of the people I respect the most in this league." 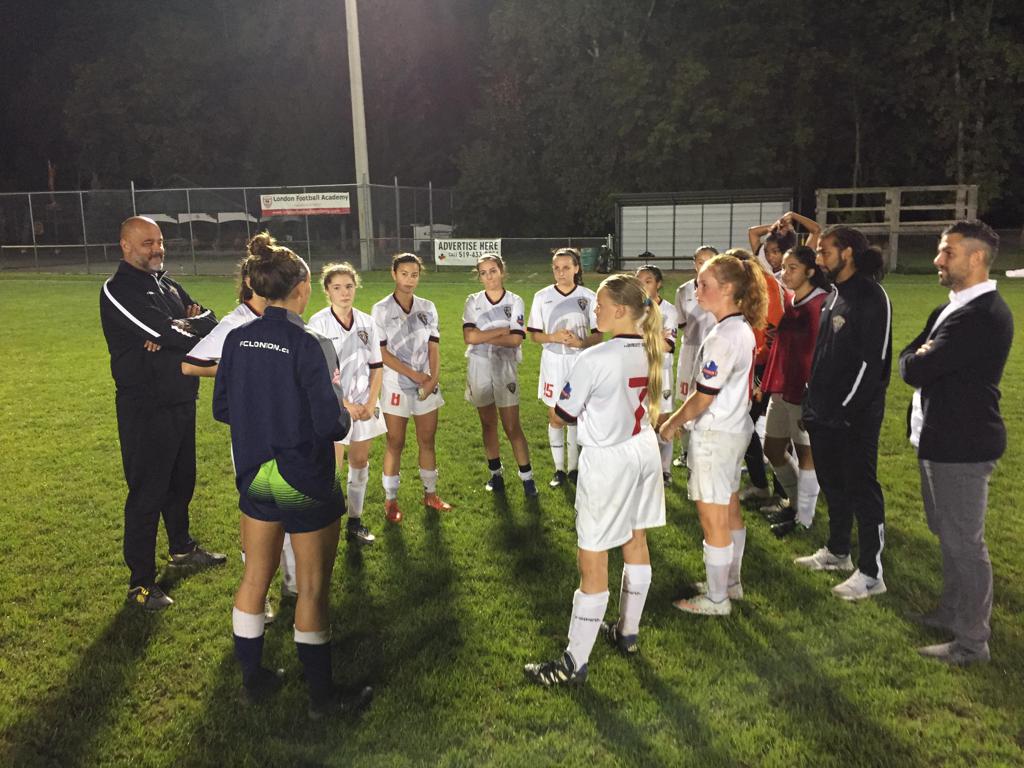 Durham United FA head coach Ramin Mohammadi even asked London striker Jade Kovacevic - the current League1 Golden Boot leader and a previous member of the Canadian women's national team program - to have a word with his players after the match.

"[Ramin] asked Jade to say a couple words due to her experience and background of having been in the national team program," confirmed Marcoccia.

"Jade hit the nail on the head when she said the most impressive thing was those young players tried to play tonight. When I say "play," I mean a nice style."

"The coach of Durham, Ramin, just asked me to speak a word to the team because he has some very bright young individuals," added Kovacevic.

"I just wanted to share my thoughts and say they have a very bright future and the score tonight did not reflect the quality of their play. Score is one thing, but players should be worried more about how they did on the field - in terms of decision-making under pressure and things like that - and I think these players all have a bright future because a lot of times they made situations difficult for us on the field."

FC London will next play Vaughan Azzurri on September 17 at McNaughton Park, Vaughan.