Leah Pais (19'), Colleen Beesley (52') and Alessia Mattucci (56') did the damage early for Vaughan Azzurri in their Matchweek 18 away battle with Darby FC, bringing all three points home with them after a 3-1 final.

"We maintained a good standard of possession throughout the game and I would say nearly seventy to eighty per cent of the game was played in the opponent's half, which is always a good thing. I think we dealt with everything defensively as well."

"Something we discussed before the start of the game was the movement of our front three - Beesley, Pigat and Pais," he added.

"We are looking for interchange of positions and just making it difficult for defenders to pick them up. I think the front three were great and in the middle we didn't look like we were ever outplayed or overstressed so I was impressed with everyone." 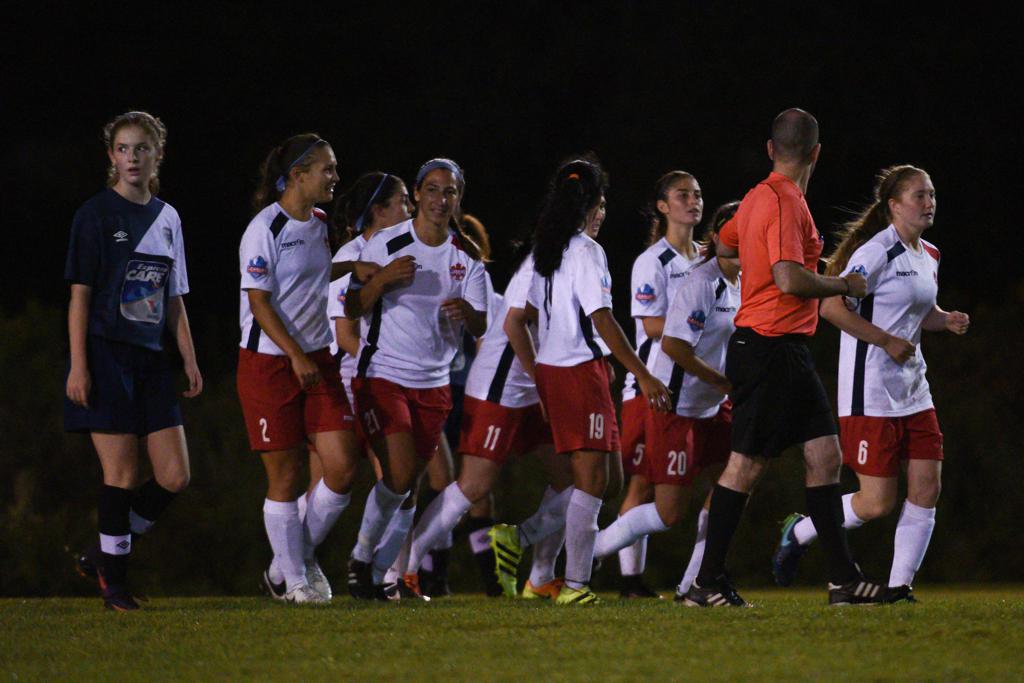 Emily Mijares (83') scored the only marker for Darby and earned the praise of her manager.

"In general, Emily Majires that came in at the end and scored a goal was very good," said Darby head coach, Mirco Schroff.

"Quinn Snell as a right back played quite composed and did the simple things well, which makes her look good and perform well in these types of games."

Vaughan continues in the hunt for the 2017 League1 Ontario women's division title, now sitting two points behind leaders North Mississauga SC and six points ahead of FC London. There is detail between the points race, however, as Vaughan has played one more match than North Miss and four matches more than FC London.

"London is chasing us from behind and we are trying to chase North Miss for the title so we are doing our very best to keep the pressure on them," said Vaughan's Feliciano.

"Tonight was a good testament to our program as we had eleven 2001 girls come and play from our OPDL group so it's nice that we can back-fill some of our senior players with some of our younger players coming through and still be competitive. We just have to keep getting results so we can keep the pressure on North Miss and get away from FC London."