North Mississauga Panthers went home on the right end of a 4-2 result over Toronto Skillz on Matchweek 13, reversing a 2-1 half-time score that favoured the Skillz.

"If you look at the overall performance and that has been the tale of the season," said Toronto Skillz head coach, Tiger Fitzpatrick.

"We put together a brilliant first half performance, get on top of the team at 2-1 up and just couldn't see out ninety minutes of the game. There are reasons behind it, we are playing some young players that are lacking in experience and we have some players that are playing multiple games in a week with the academy and with League1."

"Of course the challenge in League1 is immense for them because they are playing at the top level in the province and playing against experienced, strong, physical players. I think we ran out of steam around the hour mark, and I think we gave up the last goals around that time."

Even North Mississauga head coach Sam Medeiros was more impressed with his opponent than the performance of his own side.

"Skillz came out with good young players and played a tactically well-disciplined game so my hats off to them," he said. "From my side, for North Miss, there was nothing impressive about them today."

"Our speech to them at half-time was not about football, it was about something called pride. If you have any pride in yourself and what you do, I told them they should come out and show a little bit of it. That was it." 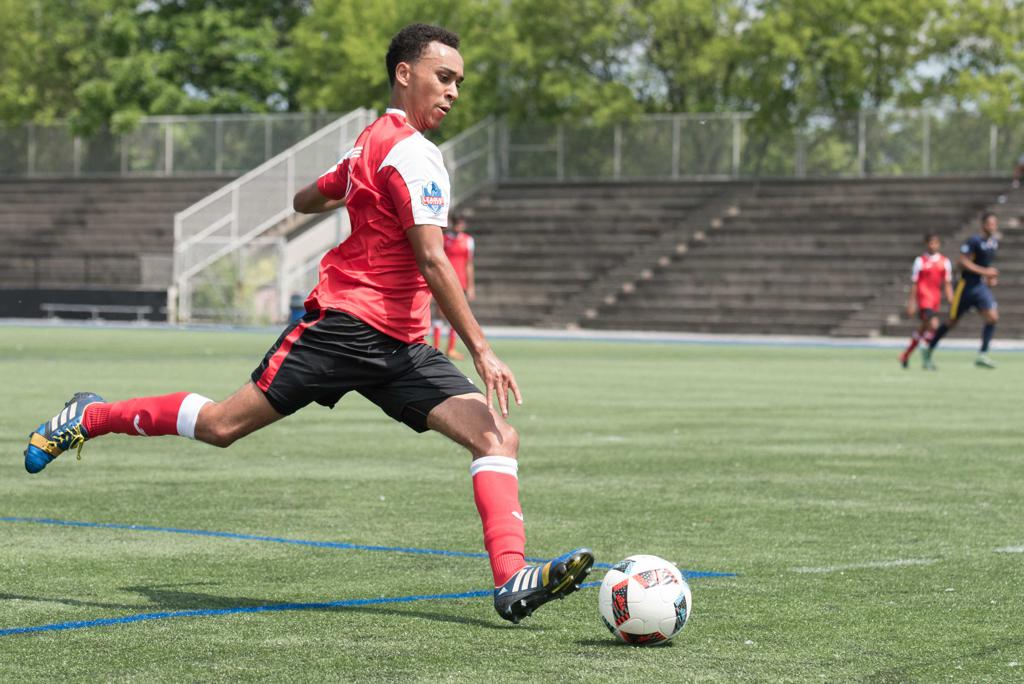 Toronto Skillz forward Mitchell Wong (18') and North Miss' Jonathan Jebbison (34') traded finishes in the first half, before Skillz top scorer Anhr El Eidani (39') put the home side one up at the break.

Medeiros' team talk lit a fire for North Miss in the second half however, with Nicholas Goddard (77') and Andi Montina (90') finally finding a route through to victory, but Skillz' Fitzpatrick found lots of positive points in the performance.

"Kudos to the guys that played in the first half, it is something that we can build on," he said.

"Thanujan Jeyathilaka was amazing in the first half, a fifteen year old that totally dominated the midfield. Terrance Bernard and Frantz Billy also had a great first half and the strikers did their job. Two young strikers, Mitchell [Wong] and Anhr [El Eidani] putting the ball in the back of the net."

"We were trying to play a high line of pressure because we knew that North Mississauga would try and play out of the back. The press worked in the first half but I don't think we had the energy to do it for ninety minutes today."

Toronto Skillz will next play Pro Stars on July 29 at Avondale Stadium, Brampton.