A real back and forth entertaining derby between east-GTA clubs Durham United FA and Darby FC ended up 5-3 for the Durham ladies, but not without late drama.

"We have spoken as a team and among the technical staff about the need to start scoring goals," said Durham High Performance Director, Chris Eveleigh. 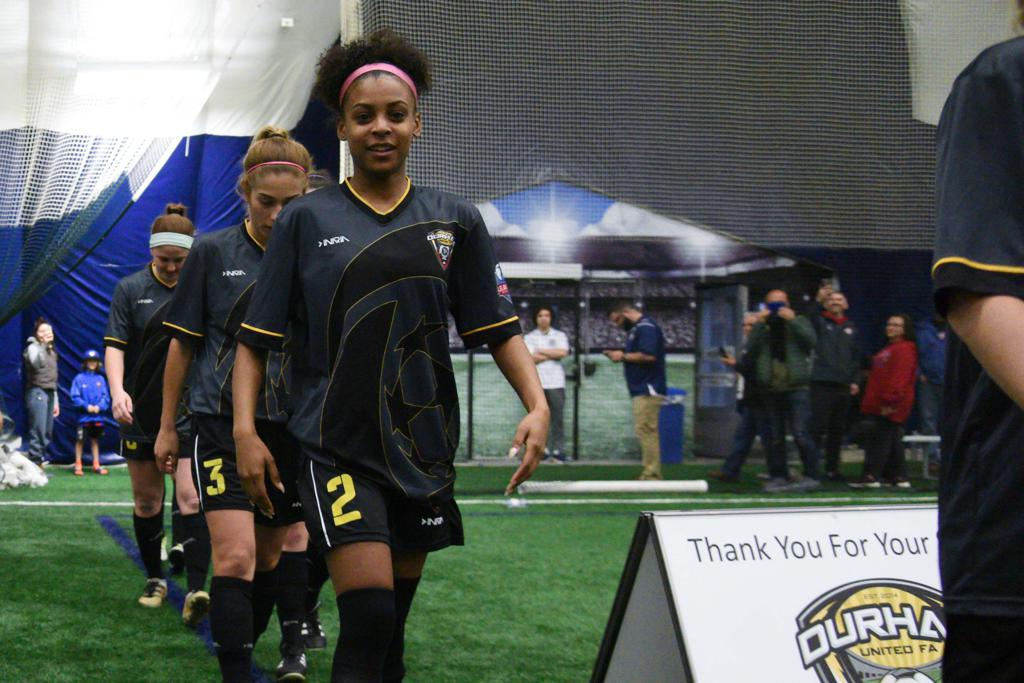 Durham's Tamara Brown (15') opened the scoring, but then Darby stormed back with goals from Tori Chia (40') and Lauryn Arruda (43').

Durham's Parys Kerr (45') equalized on the stroke of half-time, before Darby restored the lead courtesy of a tidy swivel and hit from Sierra Bulger (51') just after the break.

Durham's Taylor Potts (67') brought the home side level again just after the hour, and the match looked destined for a draw or a last-gasp winner. Durham found that winner, and doubled it, with Madeline Iozzi (90') and Keona Simmonds (90' +1) both scoring within the last minutes of the match to take all three points.

"I think a big thing is that we discussed at half-time about not focusing on the score and just play our own game and not worry about what the opposition was doing," said Potts.

"We just stayed focused from there on our game plan of keeping possession through the middle, moving it out to the wings and not forcing it. We stuck to what we had planned." 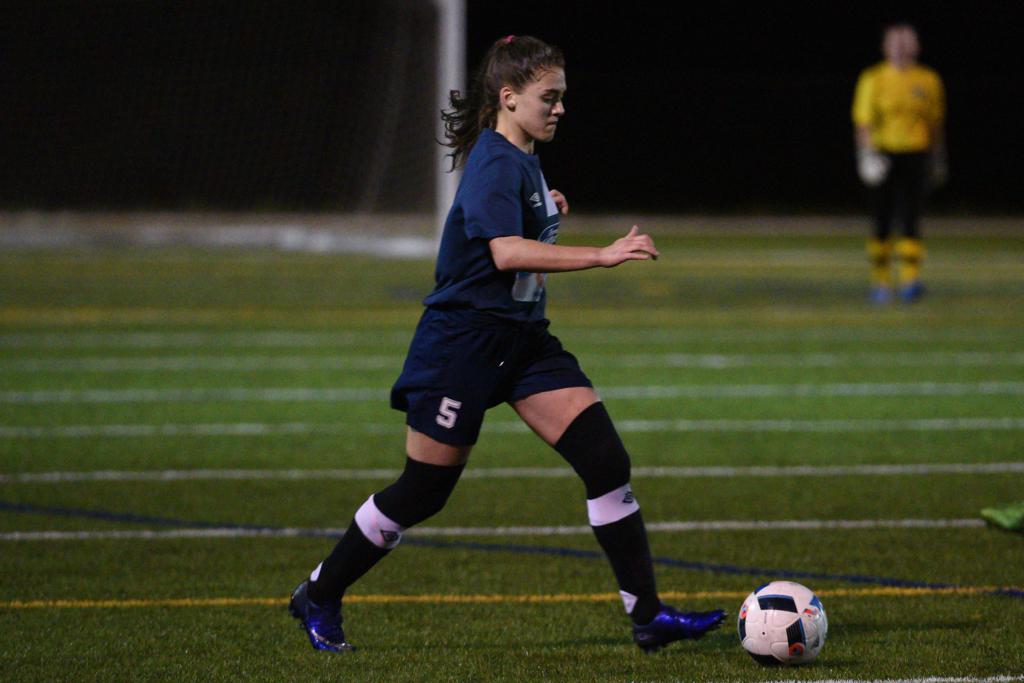 For Darby, the frustration at the loss was palpable, but head coach Mirco Schroff said there was an enormous upside.

"I think today was the best game we have played in two years, without a doubt," he said.

"Unfortunately, just two minutes today - the last minute in each half - cost us the three points."

"I thought today, with the battle we showed on the field and the composure we showed after being down, coming back and then going up twice, I thought we deserved it."

"We still found ourselves up in the second half and I thought it was a very good goal by Sierra Bulger to get the goal on the turn, and be composed in the finish," he added.

"I also thought Lauryn Arruda today was outstanding, in the first half especially. In a one v one situation, I have hardly seen a player in League1 - especially a 16 year old - be able to take on a player that way. There was just no way for them to stop her, aside from the two penalty situations."

"Overall, I think if you consider in the ninetieth minute the score is 3-3, and you lose the game 5-3, it is a shame for us but congratulations to Durham," he concluded.

"They were up for the fight, but what a big difference from last year when we were handed a 7-0 loss by them. The maturity that has come along in our squad over the past twelve months was exceptional today. I think we showed how we can play today when the confidence is there and we are up for the challenge."