The League1 Ontario 2017 Matchweek Two kicks off this weekend - featuring the five first matches in our Women's division - and anticipation is at an all-time high for what the season ahead will hold.

It's the fourth season in the lifetime of this standards-based, pro-am, Ontario senior league, and every year brings a new level of quality of talent to the league.

The off-season has brought a number of changes, with two new clubs coming into the league from Ottawa, a venerable name added to the women's division in the Toronto Blizzard, and an exciting young women's team out of Unionville that looks stacked with junior national team players. These are only a few of the storylines in the league, and there are so many more...

The weekend of May 5-7 is all about these 2017 debut matches in the women's division, with a special women's kickoff event planned for the following weekend at the home of the 2016 Champions, FC London, on May 13 in London, ON.

Stick with us as we sequentially preview these match-ups and the teams that will do battle over our opening three weekends! 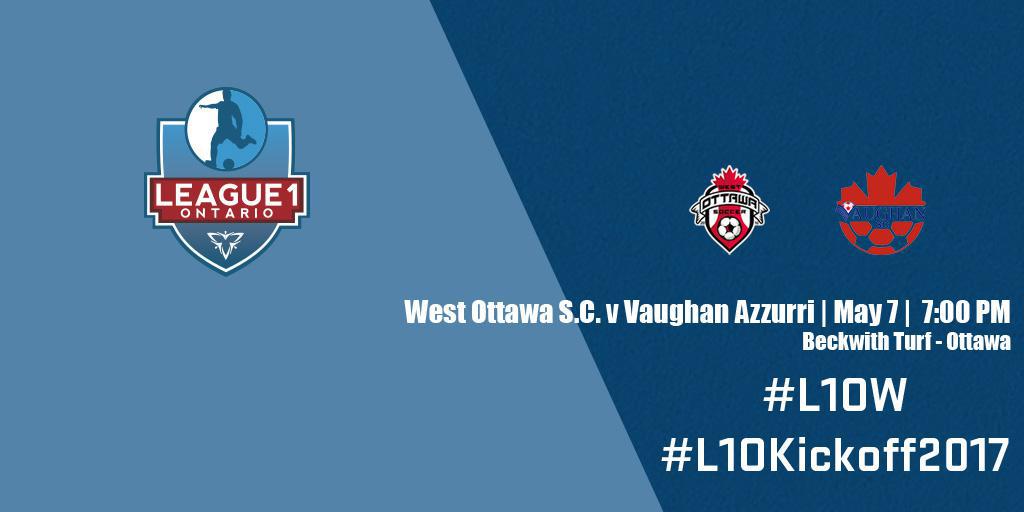 History will be made in Matchweek Two of our L1O Kickoff 2017 as the first League1 Ontario match ever to be held in Ottawa kicks off with West Ottawa Soccer Club hosting Vaughan Azzurri.

West Ottawa's home at Beckwith Park will be the location for this fixture on Sunday May 7 (7 p.m.) with opponents Vaughan Azzurri - the 2016 L1 Cup winners - hoping to spoil the party with a result.

As a new team in the league, West Ottawa is something of an unknown quantity, which could serve them well. Vaughan will need to figure out their opponent in short order, while Ottawa will already have had the benefit of several years worth of video on the Azzurri.

In turn, if West Ottawa can develop a home fortress mentality from day one, they could ride the momentum to good showings on the road as well and a strong placement at the end of their first season.

However, Vaughan should go up to Ottawa for this fixture with some confidence. The Azzurri were the L1 Cup Champions in 2016 and finished fourth in the standings with 29 points from 16 matches and a record of eight wins, three losses and five draws. The Azzurri had the second best defensive record in the division and were only a few results away from challenging for the top of the league.

This match has many angles to it, with West Ottawa capable of being a real dark horse in the league this season, Vaughan needing to nab road wins if they are to challenge for the top in 2017, and both sides needing a strong start from their respective campaigns. Don't miss it!

Both teams have outstanding coaching in place, and the tactical contest between the two benches will be just as riveting as the on-field component of the match.

West Ottawa has a team of three talented individuals in charge.

Drawing from her extensive international experience after 75 appearances with Canada's national team as a player, Kristina Kiss will lead the club's new League1 team as a head coach, and will be capably assisted by former professional players Kwame Telemanque and Andrei Badescu.

Assistant coach Kwame Telemanque played professionally in Belgium, Portugal, Ireland and Canada - where he won a national professional title with the Ottawa Wizards, and a national amateur title with St. Anthony's Soccer Club.

On the Vaughan bench is club Technical Director Carmine Isacco, who has been head coach for both the men's and women's Azzurri teams in League1 since day one.

Isacco has been the League1 Ontario Men's Coach Of The Year on two occasions, and is well known in Ontario soccer circles. Isacco is also the head coach of the York University men's and women's programs, and was an assistant with the Canadian team at the Pan-Am Games in 2015. Among various honours over the years, Isacco was named 2015 OUA Coach of the Year.

His experience and familiarity with the all the players at his disposal have historically helped him create teams that are among the best in the league. 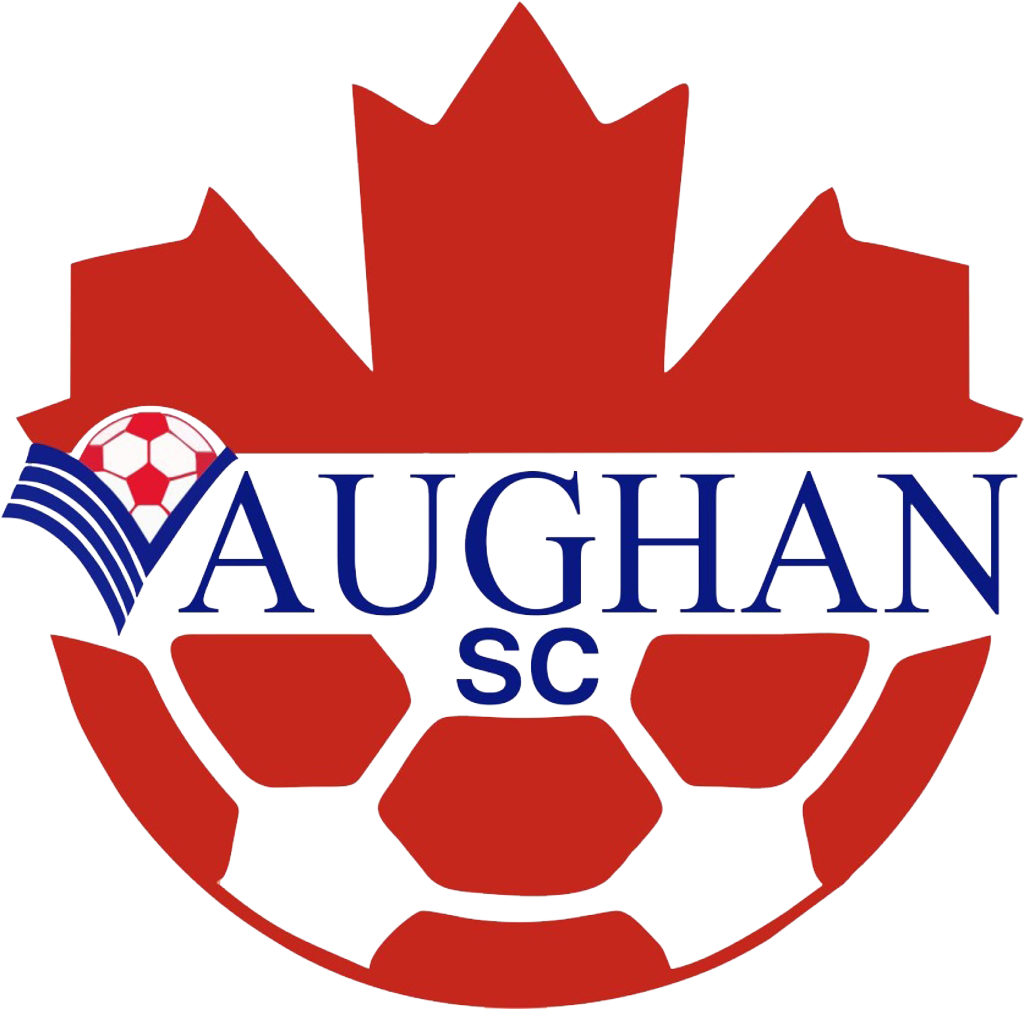 West Ottawa coach Telemanque highlighted four players in his team ahead of the match against Vaughan.

"Christine Rebus is a 21 year old Ottawa native who currently plays her college ball at Iona University in New York," he said. "Rebus has some excellent club experience as well, having played for WPSL side Dayton Dutch Lions in 2016, when they were regional semi-finalists, as well as Laval Comets in 2015, when they placed third in the W-League Championship."

"We'll have Veronica Mazzella, who plays her post-secondary soccer at Carleton University," he continued.

"She has been a member of the provincial program for the last three years and was recently selected to the National Excel Program ID Camp in February," he concluded. 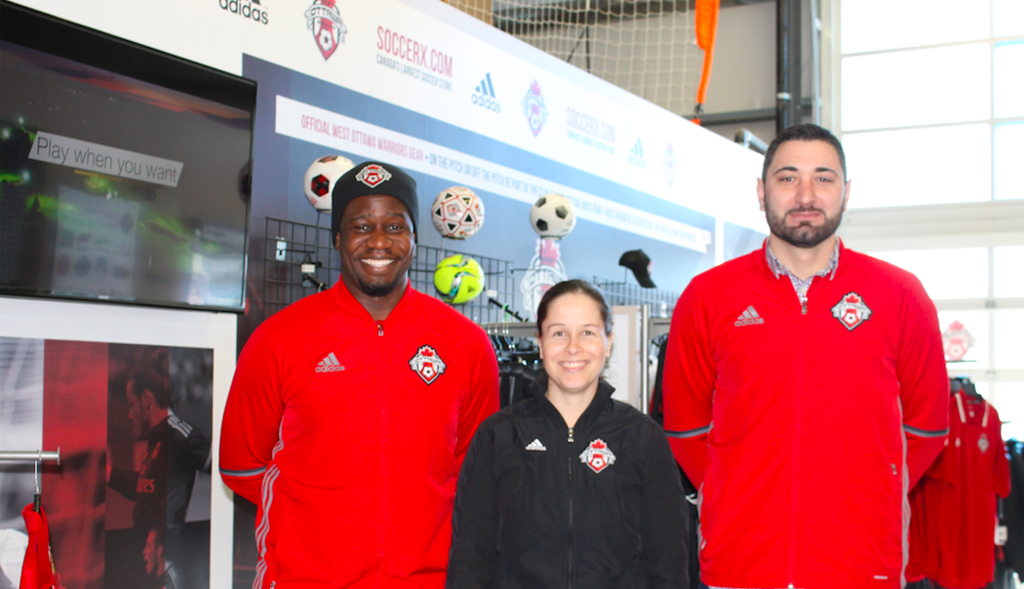 Carmine Isacco also highlighted four key players in his team, all of whom are returnees from last season and three of which are York University alumni.

Of the York group, Sarah Wong was a CIS All-Canadian with York in 2015 while Nour Ghoneim was CIS Rookie of the Year 2012, CIS Player of the Year 2015, and a three-time All-Canadian. Ghoneim also finished at the top of the OUA scoring list in both 2015 and 2016, bringing her overall career haul to 70 goals in 66 CIS matches. Midfielder Kiyani Johnson was a 2016 OUA All-Star and finished 13th in the OUA scoring race with seven goals from midfield.

Finally, Isacco singled out Olivia Lukasewich for special mention. The centre back was imperious for the Azzurri in 2016, and is well-known to Isacco as she has been the assistant coach of the women's team at York since 2014. Lukasewich played four years of NCAA Division I with Louisiana Tech University and was the team co-captain for two years.

Lukasewich also played one year of professional soccer with Spartans FC in the Scottish Women’s Premier League (2012) before returning to Canada and playing with Markham in the Ontario Women’s Soccer League (OWSL) and the Toronto Lynx in the W-League. 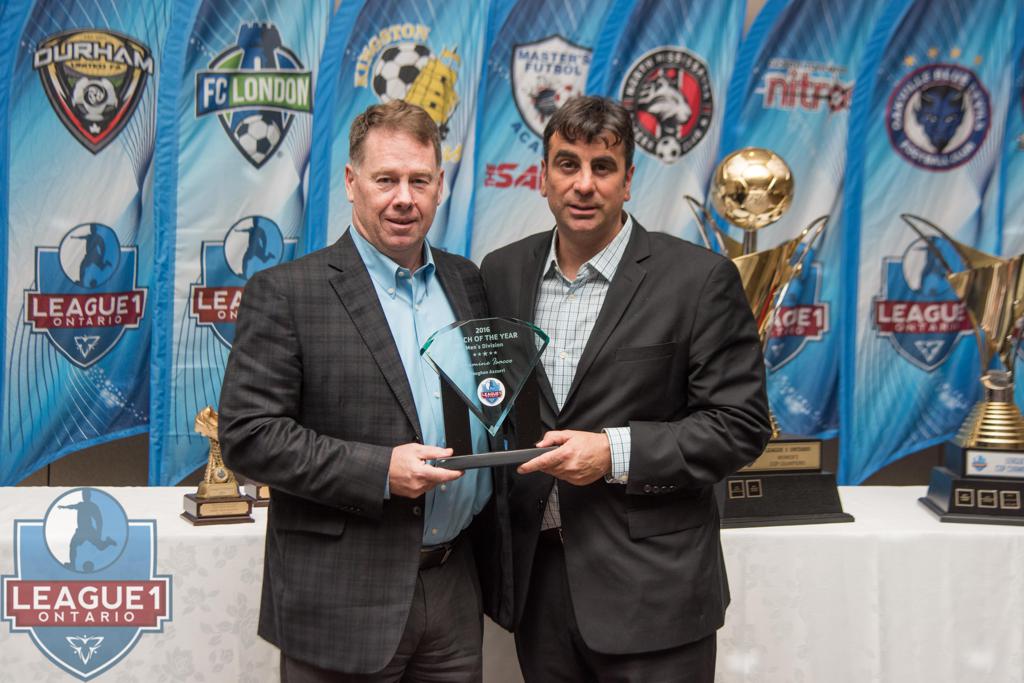 If you can't make it out to the match, follow the minute-by-minute account on League1 Ontario's Live Match twitter account, and tune into the League1 YouTube channel or head to League1Ontario.com afterwards for full match video, match recap, and post-match interviews with the coaches!