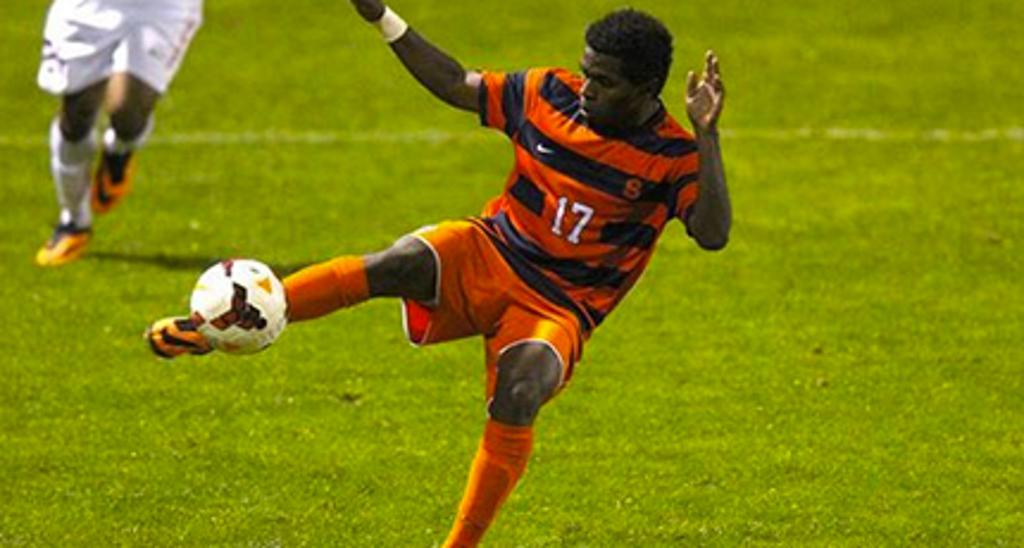 Sigma FC and Syracuse University product Chris Nanco became the latest League1 Ontario player to sign a professional contract after being picked up in the MLS SuperDraft Third Round on Tuesday afternoon.

"We knew that Philly was one of the five teams that was interested in him," said Sigma FC technical director, Bobby Smyrniotis.

"We know he is going into a very good environment in Philadelphia, and he has been told he is going in there to compete to get into the first team," he added.

"They have been watching him for four years and they rate him."

Nanco was very influential for Syracuse University in 2016 - his Senior year.

He led the Orange in scoring in 2016 with a career-high 15 points, and tied for eighth in the ACC with a personal-best seven goals.

Nanco was voted to the All-ACC first team and the All-South Region third team, and it was his many accomplishments in the NCAA, performances in the MLS Combine matches, and obvious overall ability that caused many analysts to tip the Brampton native to go earlier in the draft.

"On my end, you want to see guys going into situations where they get to play and further themselves," said Smyrniotis.

"Knowing the first team in Philadelphia, Ernie Stewart that has come in from Holland and really turned things around there, and the fact that they have an excellent USL side as well - there are ample grounds there prove yourself and move ahead."

"The fact is that now it is up to the player to prove they deserve a contract, that is all that matters," said Smyrniotis. "Nobody will remember in the future what round a player went in the draft, just how far they have made it in the professional ranks."