The annual bane of League1 coaching staff across the division's landscape is the mid-late summer departure of perhaps some of the club roster's most important players to date. With the arrival of university athletics comes the inevitable obligation of Ontario's most talented female players.

Although League1 will be devoid of their talents, it has been thrilling for supporters to see the successive achievements of many of the league's most influential players. After only two and half seasons of existence, well over a hundred men and women League1 players have moved on to commitments at high level universities across North America.

In an effort to narrow a comprehensive listing of the many top performers, here is a short-list of some of the League1 Ontario's women’s division's departed: 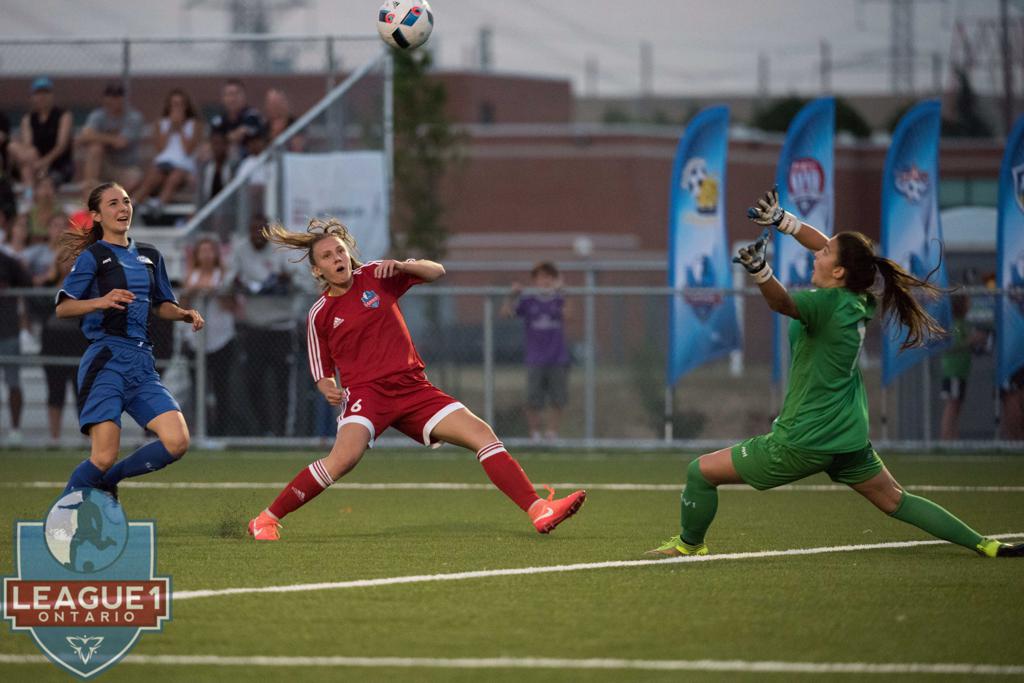 Jessica Lisi - One of Woodbridge Strikers' most potent attacking spearheads, Lisi momentarily leaves the club behind with a decorated CV as League1 Ontario 2015 Young Player of the Year/ 2015 Golden Boot, and 2016 First Team All-Star honours.

Lisi will exercise her talents at Memphis University for her freshman year. Lisi has earned herself a number of League1 accolades, and she can boast international achievements too - winning silver at the CONCACAF U17 Women's Championship in 2013 has led to a steady involvement in the national camps. Lisi was selected by head coach Daniel Worthington to the May 2016 Women's Excel U-20 Camp in Mexico.

Meghan Scott - In her first year competing amongst a crop of NCAA Division 1 athletes, Scott will look to draw upon the successful season she had for FC London.

Playing mainly as a centre-back, Scott contributed a whopping 962 minutes and one goal to the club's campaign. Her competitive soccer background and athletic background will certainly aid her in playing at a high level for Indiana University. 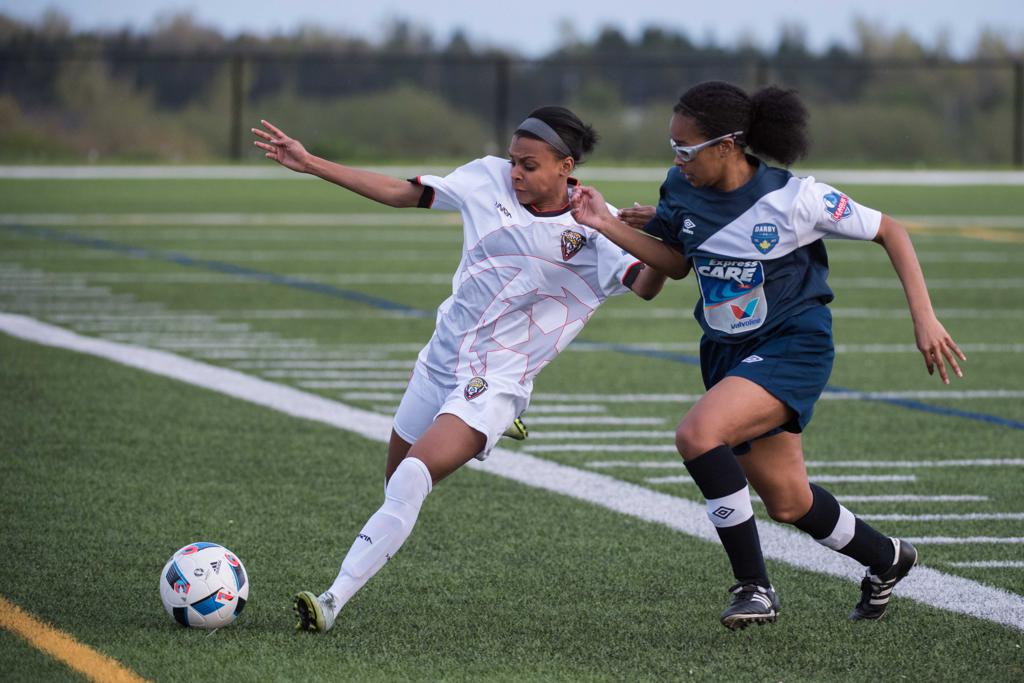 Tamara Brown - An attack-minded fullback who is also praised for her ability to cover the flanks, Brown leaves Durham United for her academic obligations as one the club's most impactful players of 2016.

She returns to Cape Breton University where she earned herself the 2015 CBU Female Athlete of the Year, as well as the varsity soccer team's Most Valuable Player award.

Kira Bertrand - An essential part of the club,s starting line-up, Bertrand once again demonstrated her influence and productivity for the Panthers during the 2016 season.

The senior is now an assistant coach for the Bulldogs, and so will be responsible for guiding sibling and North Miss teammate Kylee Bertrand in her second season playing for the SOSU. Kira Bertrand certainly has the chops for the job; she was voted best defensive player in 2011, 2012 and 2013. 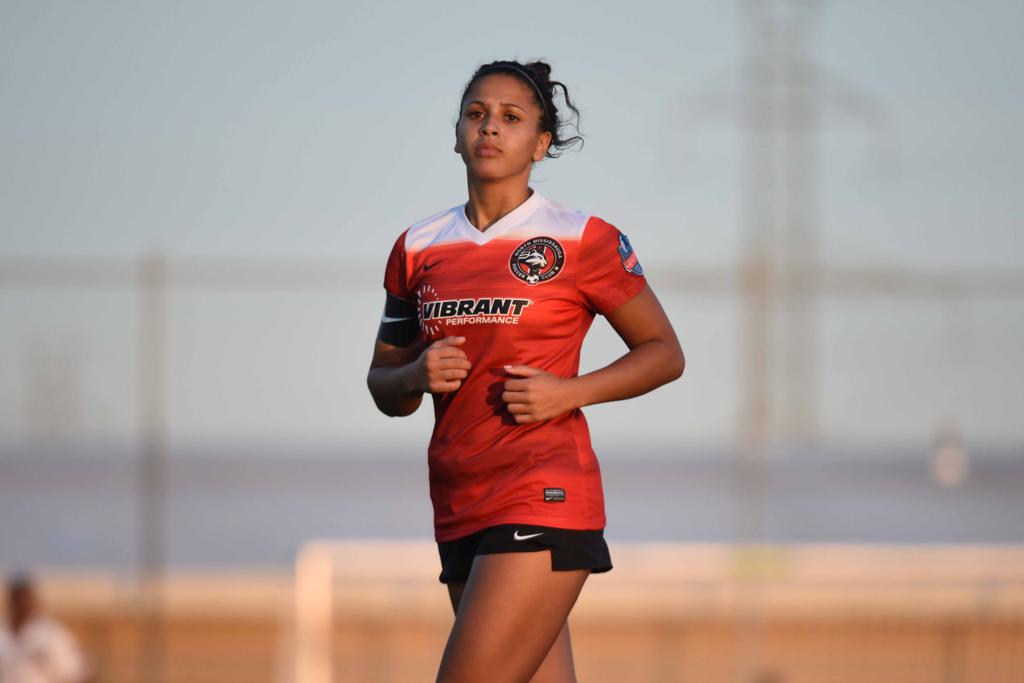 Stephanie Bukovec - Women’s All-Star keeper Bukovec has left a trail of achievements in League1 as she returns to Belmont University, not least her exploits L1 Cup 2016.

Her presence and reliability for the Azzurri remained consistent and it came full circle in the Azzurri’s late July L1 Cup triumph over local rivals, Woodbridge Strikers. Bukovec saved two penalties and scored one of her own in the penalty tiebreaker to ultimately win the match and deepen the Strikers' wounds.

She was honoured with the MVP award for her stunning performance, but it was not the first time she managed the exploit. In the semi-final round, Bukovec transitioned from keeper to central forward in the second half versus FC London, scoring two goals to send the match to penalties. Bukovec then returned to the net to save two London penalties, and score the winning goal. One for the record books!

Megan Edwards - Entering her opening year at St. Lawrence College, Belleville's own Edwards will look to ride the momentum of her successful stint with Kingston into her post-secondary endeavors.

Edwards appeared 11 times for the Clippers, and received high praise from both sets of technical staff after an outstanding performance for Kingston in her final match against Woodbridge Strikers. 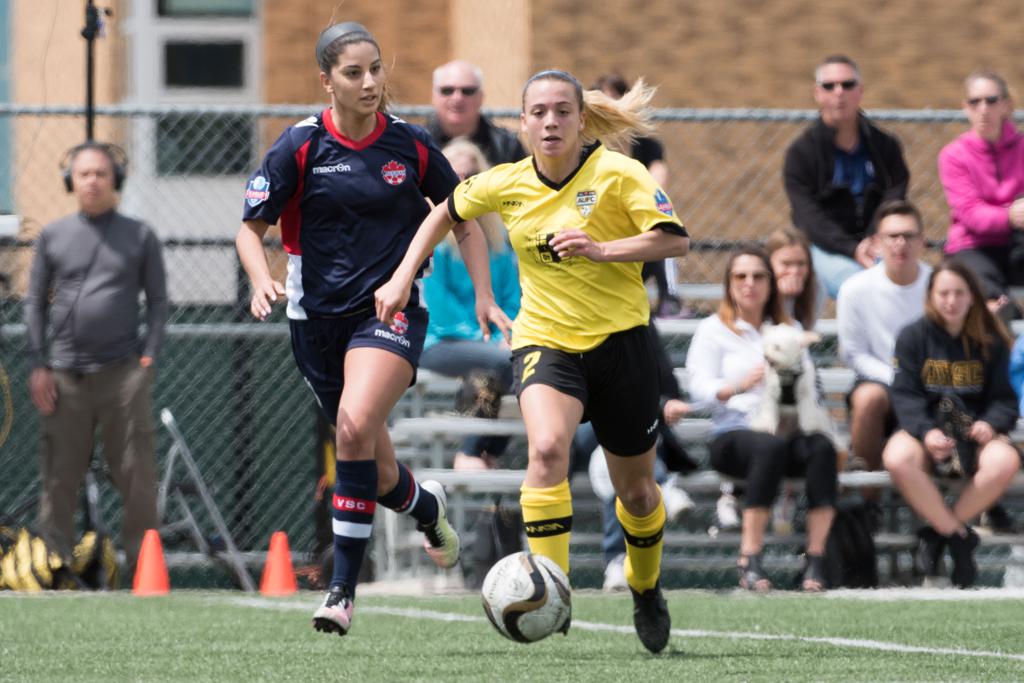 Selena Mangoni - Mangoni has had a myriad of experience competing in the provincial circuit for clubs such as Woodbridge Strikers and North Mississauga Panthers.

She is versatile in her defensive duties, playing comfortably at centre-back and on the flanks. Her versatility and consistency has been key for United, and she will take her experience into her upcoming season at University of Memphis.

Thalia Petsis - After only a handful of appearances for University of Massachusetts Lowell in her first year, Petsis climbed to double digits with 12 appearances and converted her first career goal against Vermont last season.

A key performer for Sanjaxx Lions before returning to college at the end of July, Petsis has also thrown herself into efforts outside of athletics.

She was inducted into the 2016 Helping Hands Team; an honour among American East institutions that seeks to highlight individuals who have concentrated on bettering their communities.