The home side took on a fellow newcomer in League1 Ontario's 2016 women's division in Darby FC, and once again demonstrated their quality.

The match started off well for FC London, as they were attacking deep in Darby's defensive third. However, the away team were stepping up and keeping tight in the back. That ended when an early Jade Kovacevic strike tarted a trend for the home team.

A minute later, Kovacevic would set up teammate Nicole Nielsen in the box and she gave her team a quick 2-0 lead. Kovacevic wasn't done just yet, as she found the back of the net a few minutes later. Three nil to the hosts with barely twenty minutes played. 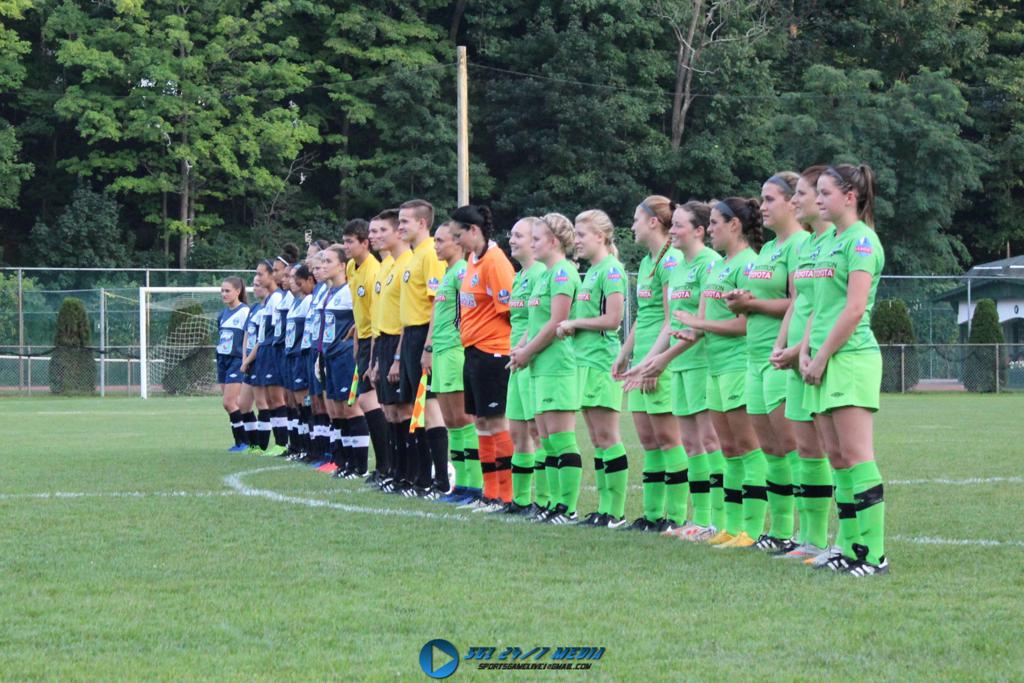 After three quick goals, Darby FC needed to find a way back into this match, but FC London's backline were strong throughout the contest. Goalkeeper Emily Gillet put in a good performance and kept her side comfortable at the back. One save in particular came in the 22nd minute, as she made a nice acrobatic save to deny a Darby goal.

FC London's whole backline impressed coach Michael Marcoccia, and he mentioned that Morgan Blair, in particular, was standout in the match.

"I think right from the get-go [everyone] followed the game plan. But on top of everything the execution was phenomenal tonight. Each individual had a very good game," said Marcoccia.

Besides the strong backline, FC London's player of the match was clearly Kovacevic, as she not only scored four goals - now sitting on top of the scoring leader boards with 21 - but also provided a couple of key assists as well.

Marcoccia had one word to describe his striker on Saturday - "effective."

"I say effective because [she scored] four goals, [and] also set up I believe two or three. Her movement off the ball today was extremely good and the type of movement she does to draw in pressure is very effective. She is so unselfish to just help her teammates." 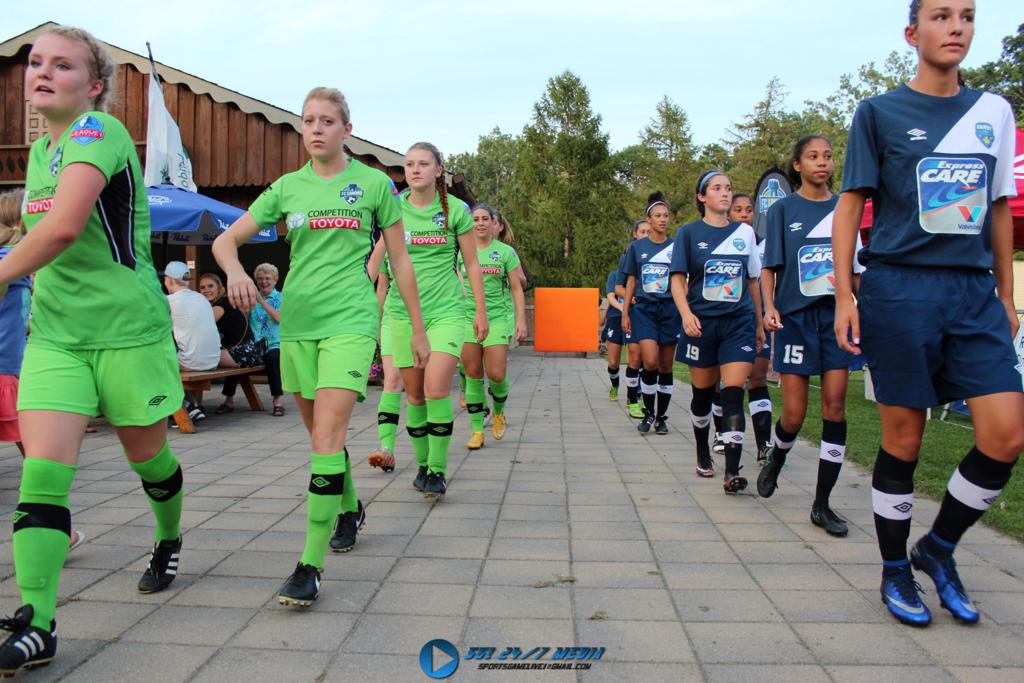 As for Darby FC, after going down 6-0 before the hour mark head coach Mirco Schroff elected to give his bench players match experience.

"I thought in the first half we were quite well in the game," he said. "Although the five/ six minutes where we got scored on twice within a minute… it was difficult for us to deal with that momentum."

"I thought the girls had pulled it off in the last 20 minutes of the first half and tried to control the game more and produce a couple of chances," added Schroff. 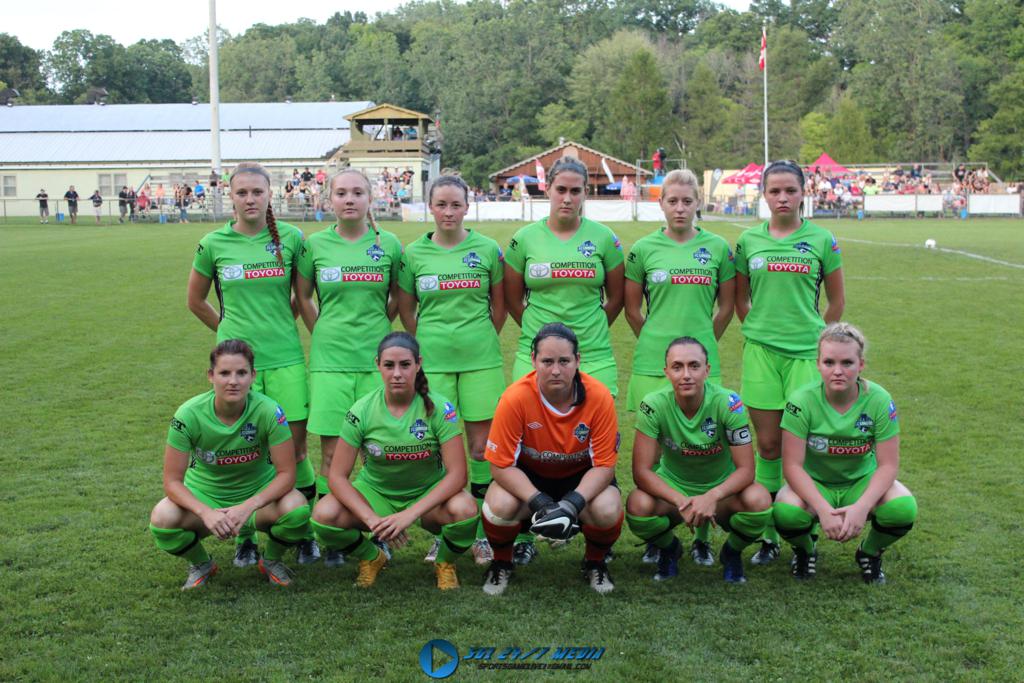 Darby has done well so far this season in giving younger players an opportunity, and one player that stood out to Schroff was U-15 player Lauren Arruda. The youngster was one of two U-15 players to start for Darby, and she impressed her coach with her play.

"She has the drive, she shows that she has the athletic and soccer specific potential to become one of the leading players in this league and at the top level."

With the win, FC London are now leveled on points with League1 Ontario women's leader, Woodbridge Strikers, but sit in second spot due to the head-to-head tiebreaker.

However, London does hold a crucial advantage in having one match in hand on the Strikers. 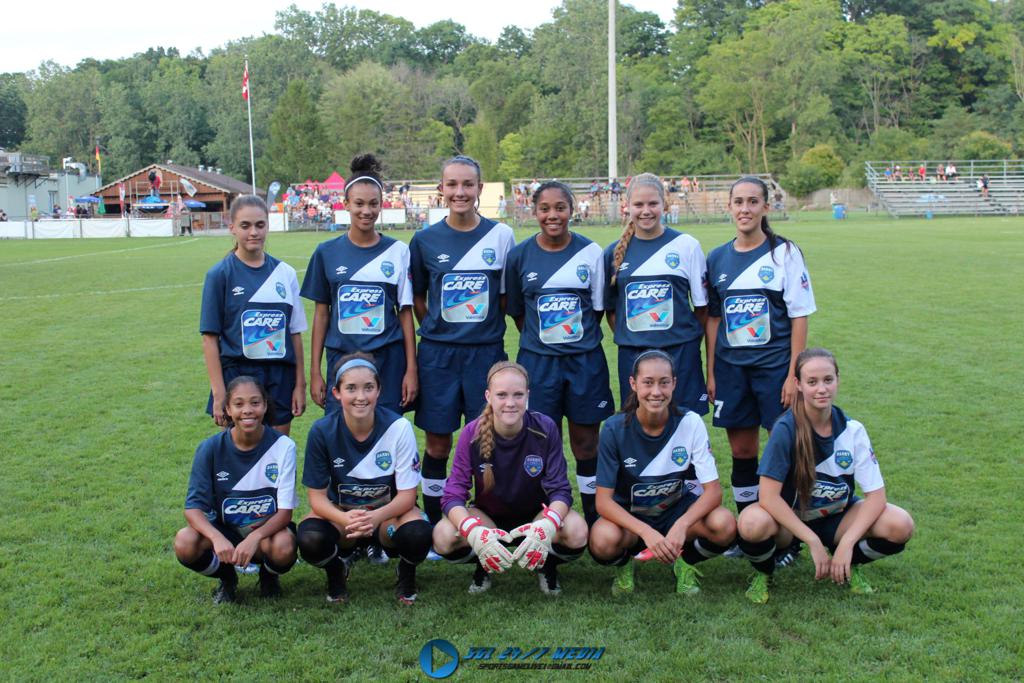