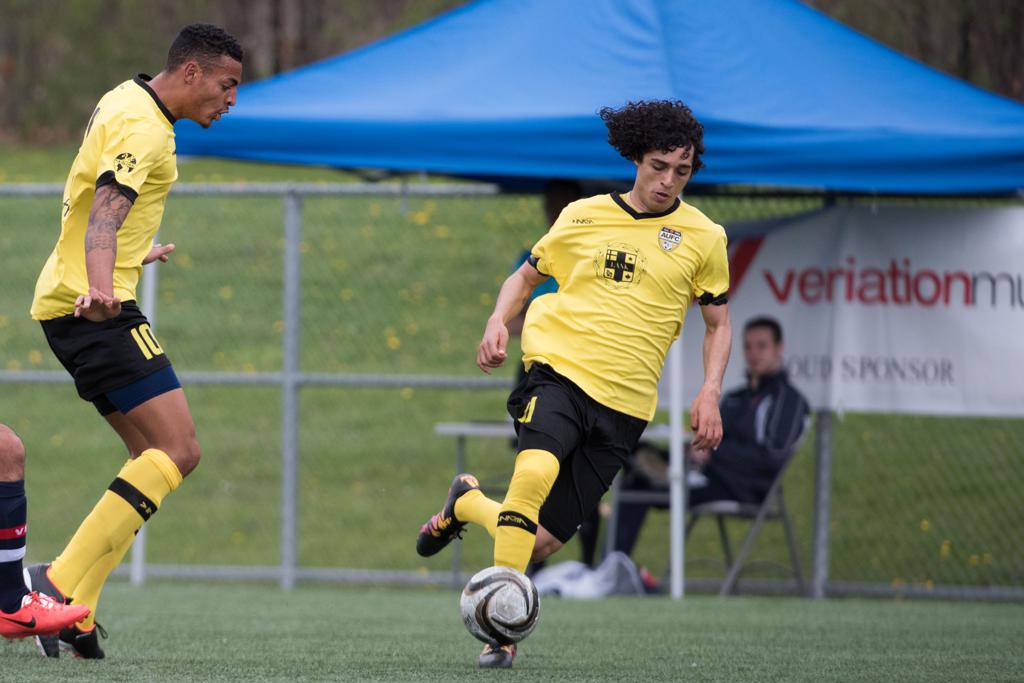 Aurora put on a solid performance for their home support on Saturday against Kingston Clippers, winning 2-0 after goals from Simon Adjei (15') and Zakaraie Mahrady (54'). Alexander Jakma kept the clean sheet.

"I thought it was a tale of two halves pretty much," said Aurora coach, Marco Ciampa.

"The first half we came out and executed the way we wanted to play. We put quite a bit of pressure on them in certain areas of the field, and we had quite a strong half."

"Second half was a different story, we had a bit of a sloppy second half, we weren't maintaining possession as much. We were giving the ball away in bad parts of the field actually and they created a few chances because of it. We were fortunate not to concede. But I thought overall it was a good game."

Kingston coach Bob Minor felt his team struggled getting through a staunch Aurora defence, but took several positives from the match.

"From my perspective I'm obviously disappointed with the result," he said. "Also I didn't think we had the kind of performance that we wanted."

"It was a bit disjointed and we tended to lose possession a bit too easily going forward," he added. "It seemed to be a case of getting the ball back and then six or seven passes later we've lost possession again, so we weren't able to build the kind of momentum that I wanted to see going forward."

"We didn't really have the chances that I thought we were capable of getting, but all credit to Aurora because they defended really well. The times that we were pressing around the box, they were very compact and difficult to break through."

Minor was also quite impressed with the play of Aurora's Mahrady, who was instrumental to Aurora's attack, setting up one and then finishing the second.

"Aurora had a class player [Mahrady], and he was the source of both goals - he scored the second," said Minor. "Hat's off to him, he was always a threat. I thought after the first ten or fifteen minutes we dealt with him. He was always a threat, but we kind of managed that, but the second goal was a lovely finish. I have to compliment him for the quality of that finish."

Mahrady was humble in the face of praise, looking more to the overall work of his team than the individual performance.

"We came with a game plan today and we fulfilled every aspect that the coaches asked of us," he said. "We pressed very well, we moved the ball correctly and we penetrated in certain areas."

"The first goal I was just looking to get in between the lines and play it in behind, and we got a lucky bounce and executed," he explained.

"We've worked on that in training a few times."