A Colleen Beesley (48') early second half finish was the only goal on the night after Durham conceded a crucial three points to Vaughan Azzurri.

Vaughan's Taylor Grant kept the clean sheet on a night when Durham needed to win to continue to control their destiny in the season runout and defence of their 2015 title.

Both sides settled into signature styles quickly, with Durham looking to quickly feed the speed, experience and talent of their attacking players, and Vaughan intent on settling the game through fluent build-up play and dominance of the ball. 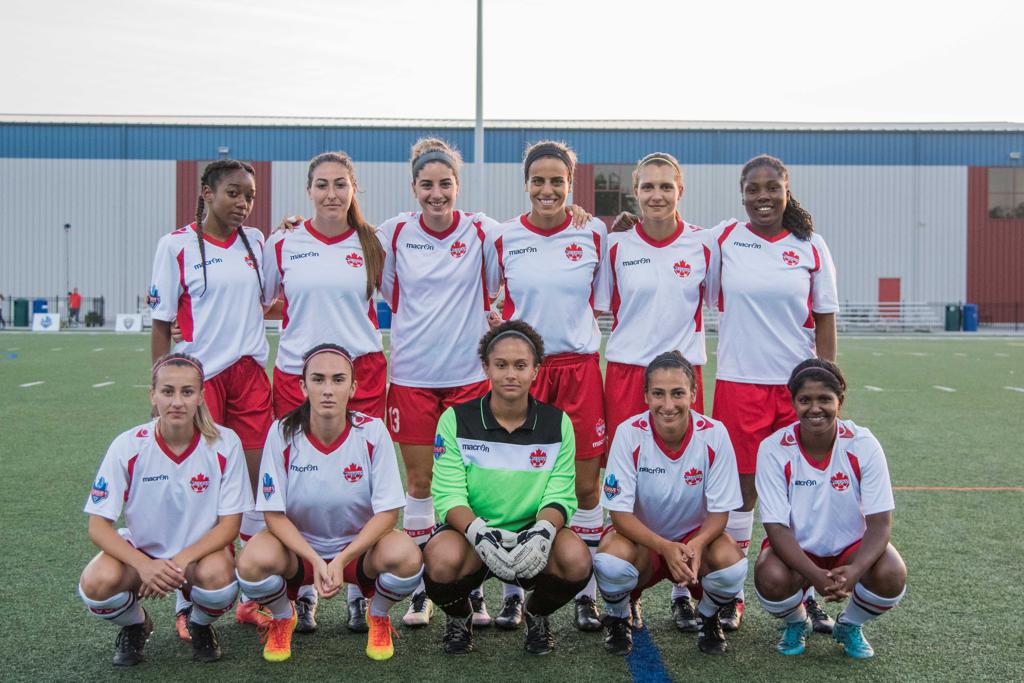 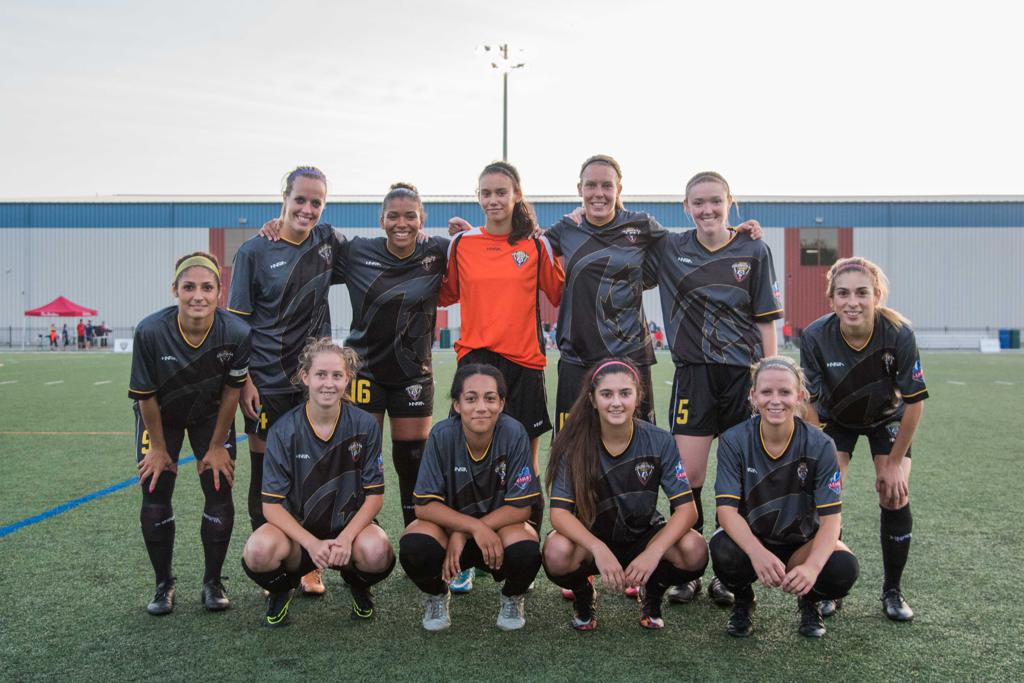 Played as the lone central striker on the night, Vaughan's Kiyani Johnson had the first chance of the match after attacking central midfielder Nour Ghoneim put her through on net with a tidy diagonal run and reverse ball. Johnson looked to slip it under the onrushing Durham keeper Emma Chisholm, but the effort lacked in pace and was gathered up.

Durham had the majority of quality chances in this contest - 11 in total - but could not locate the crucial final touch. The first fell in the fifth minute as a corner fell to the feet of an unmarked Simone Chiodo at the back post, but the midfielder rushed her finish and sent it wide.

A 35th minute set piece from Kayla De Souza duplicated the previous situation, but this time a stack of unmarked Durham players at back post could not find the tap-in.

Durham's best opportunity arrived in the 41st minute as Geneva Winterink rounded an onrushing Grant, but could not put the finish away in the open net, largely due to the pressure of recovering central midfielder Claudia Piazza. An glancing header on the ensuing corner kick by Laura Gosse skidded just wide of the back post. 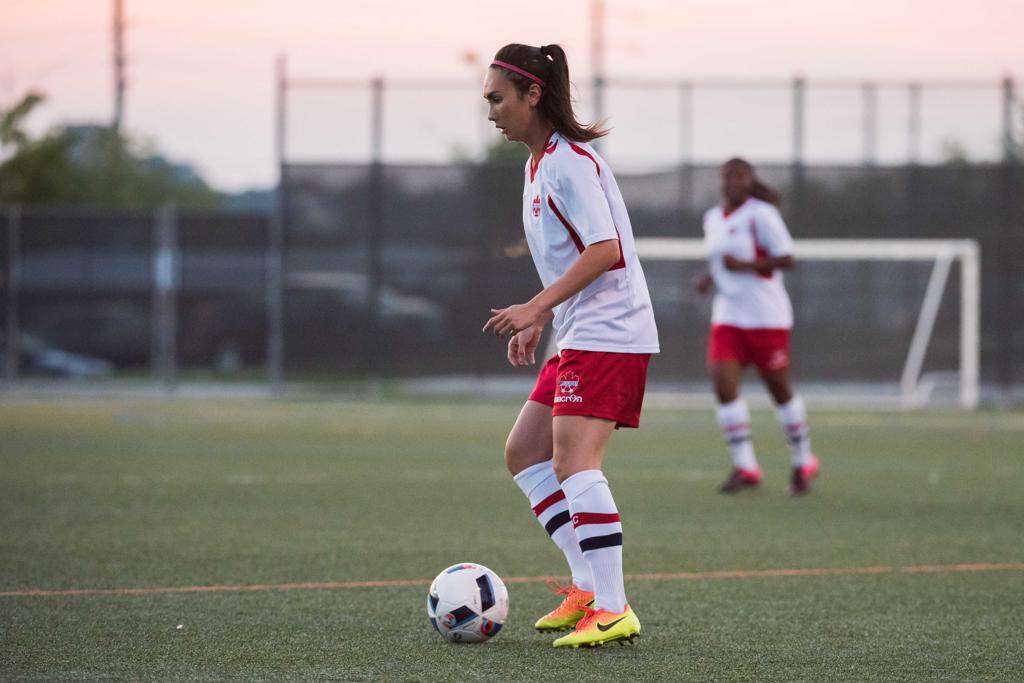 Vaughan's confidence in building attacks was founded on the solid passing of a back four featuring Olivia Lukasewich at right back, Charlene D'Mello at left back, with Taylor Tsotso and Mika Richards organizing from the middle. Richards was removed just before half-time for Sonia Boucher, perhaps setting the stage for a half-time tactical move by Durham.

Durham head coach Ron Clarke shuffled his deck of personnel to set up the second half, with Laura Gosse dropping from central forward to anchor midfield with fellow vets Geneva Winterink and Kayla De Souza. Chiodo made space by moving to the left and Durham introduced Parys Kerr off the right to combine with Hollie Babut - in an apparent attempt to focus attacks on Vaughan's new central defensive partnership.

However, the gamble initially appeared to backfire. 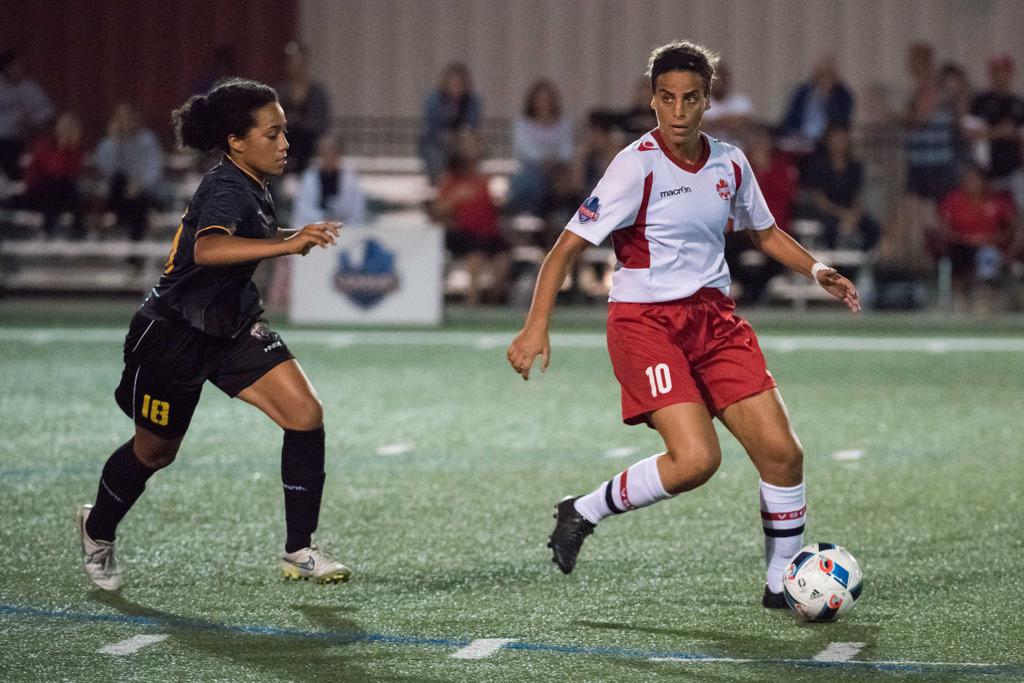 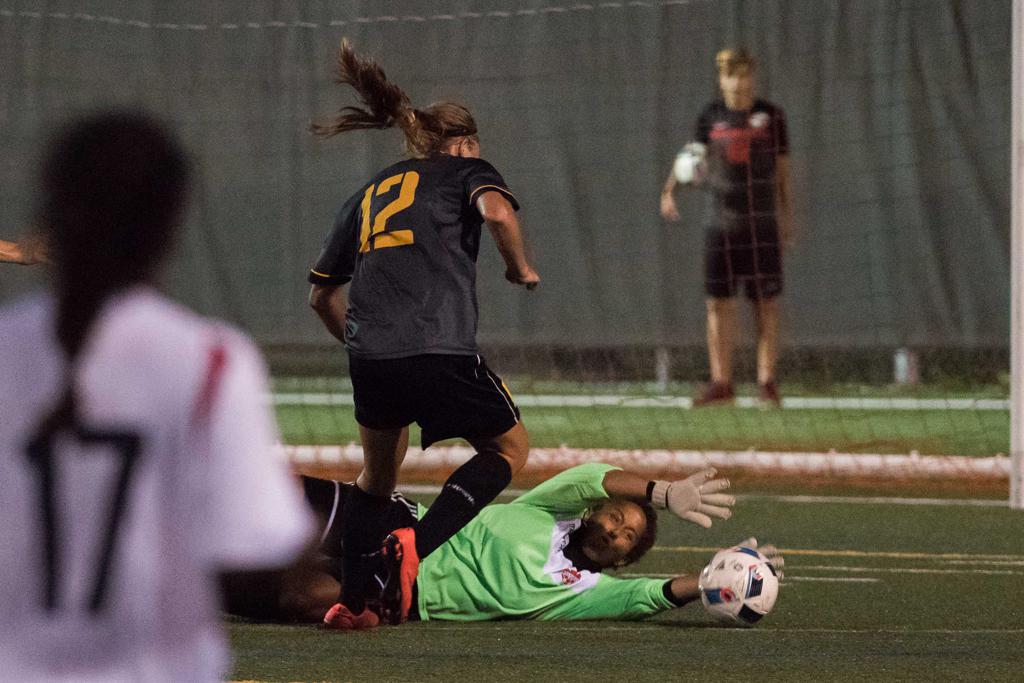 Immediately after the restart, a Vaughan counter attack caught Durham's left back out of position, forcing first Gosse to pull wide from her new midfield holding role, and then central back Brianna De Souza to the left side as well, in a vain attempt to stop Alessia Mattucci and Nour Ghoneim.

The Vaughan players could not be caught, and Ghoneim drew out Durham's second central back Jessica Scheffee as well, leaving only right back Katelin Phills to deal with two Vaughan attackers. Ghoneim found one of them, Colleen Beesley (48'), alone for a cutback and cool finish from 12 yards out.

Durham would push hard for the remainder of the half, and had six quality chances to score but could not produce the necessary accuracy. Babut and Gosse tried several efforts from distance, but they were fired right down the centre and Grant was not troubled. Babut continually set up Kerr, as did Gosse on one occasion that left the substitute four yards out with an open net, but in the heat of he moment she could not produce.

An agonizing final result for Durham as they see Woodbridge and FC London now control the conclusion to the season.

An outside chance remains for Durham to retain the title by winning their final match of the season against London, but in order for Durham to be in a position to win the league in this match London and Woodbridge must first lose all remaining contests, with London beating Woodbridge on September 17, and Durham must win their double-header against Sanjaxx Lions. 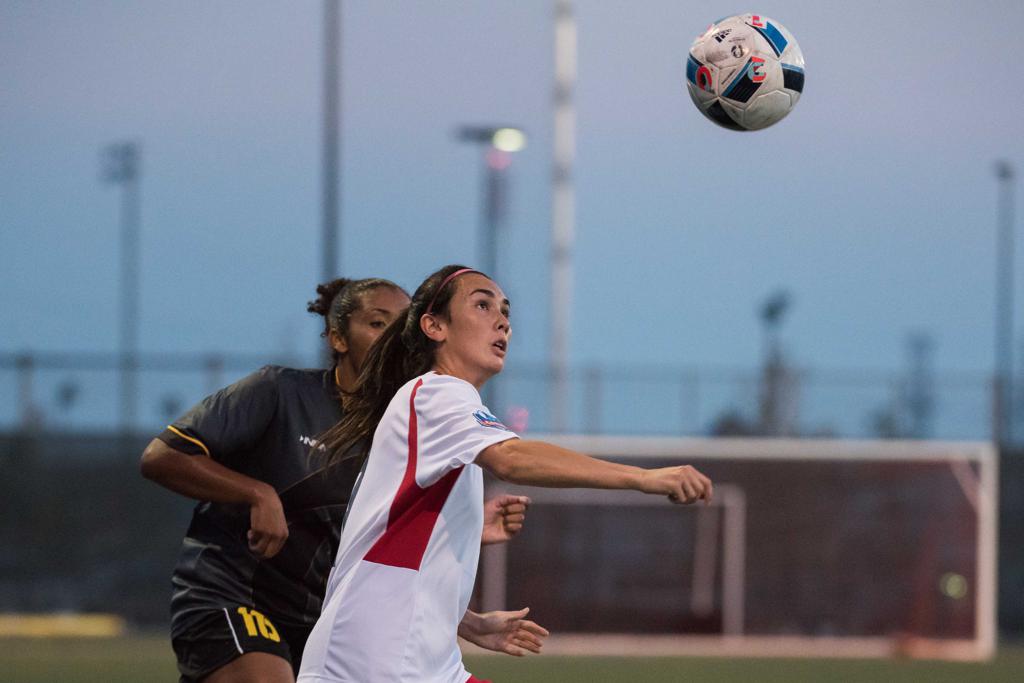