Christian Dragoi (17') netted the only goal of the game in a 1-0 Windsor Toronto FC Stars victory over Toronto FC Academy in Windsor on Friday night.

"I think our age came through a little bit tonight," said Windsor head coach, Dave Rimbert. "We're a little more experienced and our back four could see what they were trying to do."

"They're young and the field conditions weren't great, and that probably didn't help the overall level of play," he added. "Both teams worked hard, and I need to give these kids credit - man, do they work hard."

"I'm also not going to be very critical because when you're playing on a surface where you're not sure of the bounce, it's hard to play one and two touch soccer because the ball's bouncing and you're a little bit more timid."

Windsor keeper Kyle Vizarakis kept the clean sheet, his fifth of the season.

"They're solid in the back, but we were able to get between the lines, defend and counter a few times," said Toronto FC Academy head coach, Stuart Neely.

"I think we made the keeper look good by hitting it directly at him, but it's hard to miss the boy - he's an absolute monster! Still, I don't think we made him work hard enough to make his saves." 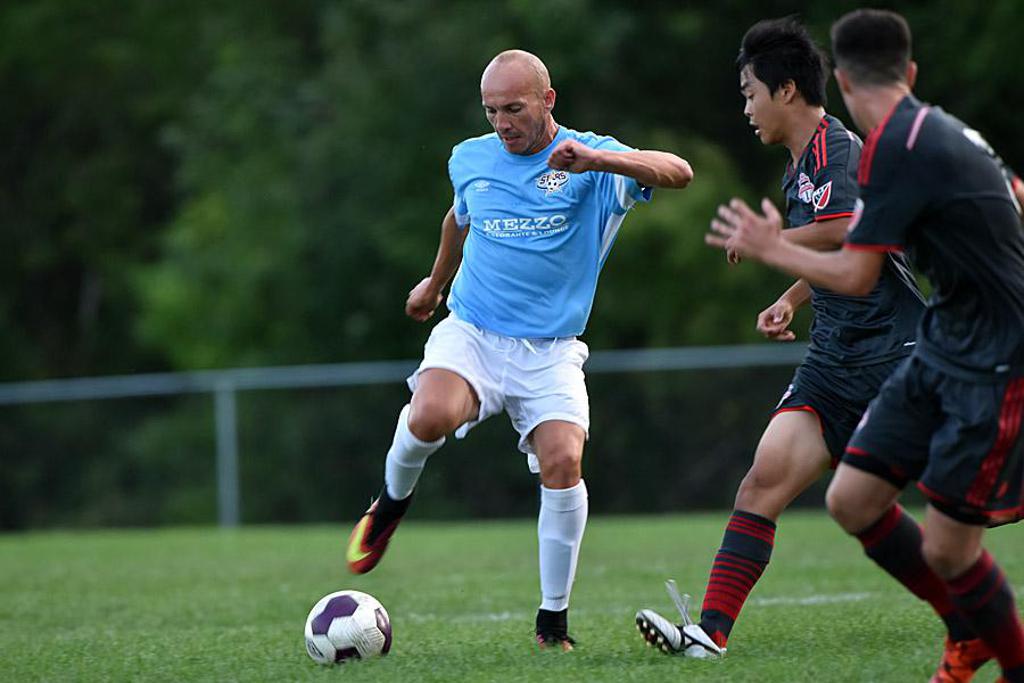 Windsor's defensive performance was outstanding, with a fluent and strong back four in place, and the midfield working hard to shield their backline and launch counters.

"We have a pretty formidable defence and it's hard to score when we have all four of them back there," he added. "Kyle [Vizarakis] came up big on a couple occasions today and he should - he is big and he shouldn't let anything in there. It's not easy for teams to score on us when we have those four back there, and you have to remember they are the same age group - they have been playing together for a long time."

Windsor's forward players also demonstrated great fluency, with communication and movement that kept the TFCA players on their toes.

"I played Mike [Pio] on the left side, and put Dragoi in the middle, but I give them freedom to move around," said Dragoi. "I'm not a real stickler when it comes to the attack as long as they feel comfortable and they produce."

"I've nothing but good things about Mike, he works a lot harder than people give him credit for, it's just that he looks so smooth doing it. He's just an all-around great soccer player, as far as I'm concerned anyway."

"And [Dragoi] is a player of a high calibre," he concluded. "Lots of intelligence, and soccer IQ is very high."

"That goal was all soccer IQ, he knew when to get in there and he knew when to cut the guy off, and then the guy had to take him down or let him shoot. He's obviously a great help for sure." 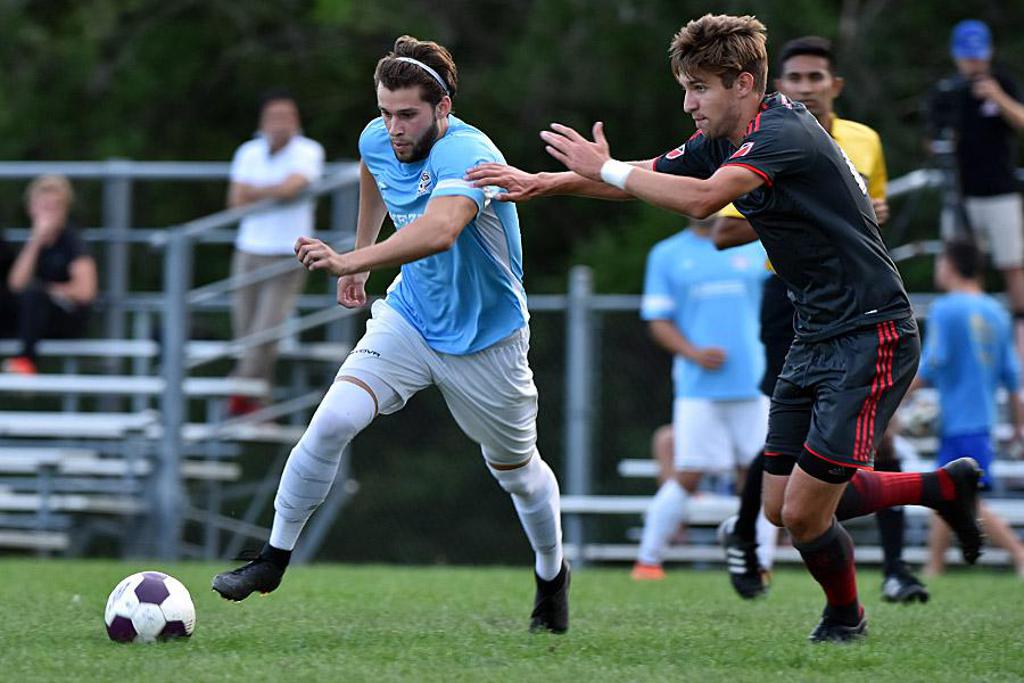