The pathway from Toronto FC Academy's League1 Ontario side to their full fledged pro levels - such as USL Pro, and in some cases MLS first team - has been well defined in the past three seasons, with nine players having made the leap.

"When we have a player that is performing at the League1 level, we move them into training with the pro teams a little bit, then if they do well they would return to train for a full week," explained Toronto FC Academy head coach, Stuart Neely.

"Then after that they may get the bench on the USL," he added. "It's a gradual process and then the next time they may take 30 minutes on the pitch. I think you need to have two good seasons at USL level before the first team has a good sense of your play."

"Mo Babouli was a good example, as he had done well at all levels before getting injured just before the season, but he had already done enough and Greg [Vanney] brought him up."

"It is then up to the player to see how well they can perform." 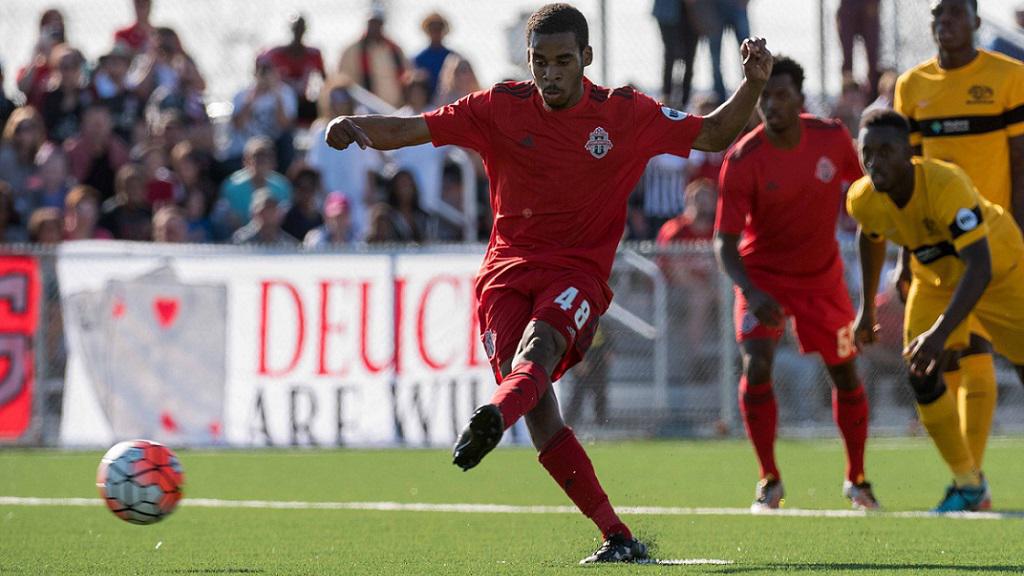 Both Edwards and Daniels spent time in League1 Ontario over their early careers, and now call Toronto FC II their home - for the most part.

Edwards, an Internacional de Toronto and ANB Futbol product from League1 Ontario's inaugural 2014 season, was noticed by the Reds and signed a professional contract last summer with TFC II.

The 21-year- old remembers when League1 Ontario was starting off, and heard a lot about it from his friends.

"I remember seeing an Instagram post the first time I actually heard about League1," said Edwards. "I didn’t know if it was really a true thing!"

"I always wanted to be a part of it too. When it came to discussions with Internacional Toronto, I took my opportunity."

Edwards got his first chance with the Internacional de Toronto club that was helmed by no other than Peruvian international and former Newcastle United legend, Nolberto Solano.

Edwards' exceptional speed and natural abilities on the ball quickly turned heads, and he was later picked up by King City's  ANB Futbol Academy to finish out the 2014 season. 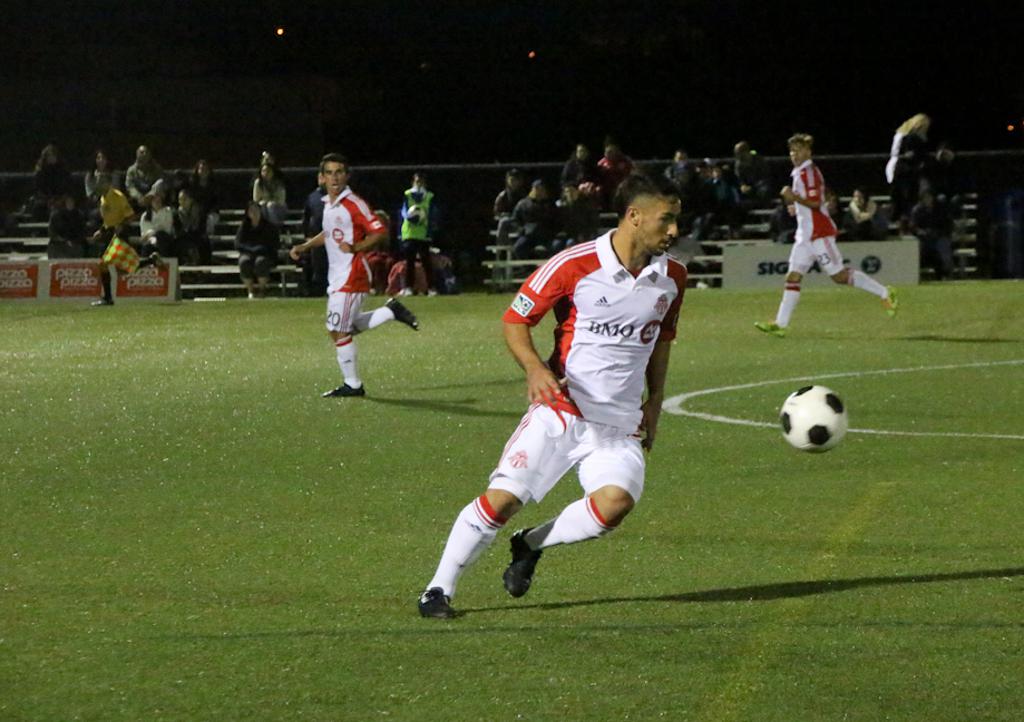 Edwards continued to make a name for himself, and was moved into the Toronto FC Academy, later signing a pro contract with the second team, TFC II, in August of 2015. In his first season in the USL, the young playmaker appeared in 21 matches and tallied two goals and one assist.

The past couple of months have seen the 21 year-old become a key player for TFC II, earn a call up to the Canadian men’s U-23 team, and even a temporary contract to the Toronto FC first team in July.

"It's been a dream," said Edwards. "From getting my call with the first team and scoring goals with the second team, it's been overall a dream."

"It's something as a kid that you wish to be a part of, and now you see it as a reality."

When asked how League1 Ontario helped him in his career, Edwards said, "League1 is a great step for any young player if they want to be seen or anything. It may not be TFC, it might be someone else and you never know, you might get your shot." 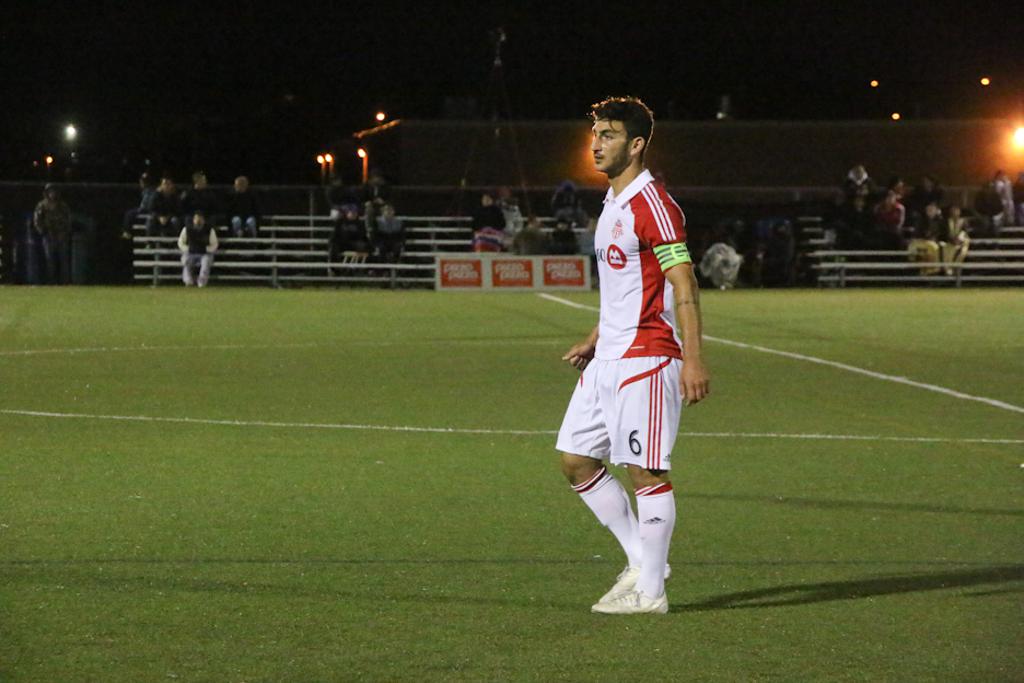 Edwards started this season as one of TFC II's bright spots, and has gone on to score six goals in 14 games for the Young Reds so far this season, making him the all-time leading scorer in TFC II history, two more than fellow League1 Ontario alumni, Molham Babouli - who Edwards also shared a roster with at Sheridan College, winning the 2014 CCAA National Championship.

On the international stage, Edwards' play at the USL level led to a selection to the Canadian men's U-23 team that went to the Caribbean to take on Grenada and Guyana on May 10 - 19, 2016. Edwards was a key player, scoring a goal in both games.

This tour marked Edwards second tenure with the national U-23 team, the first time being during the 2015 Pan-Am Games.

A month after returning from international duty in the Caribbean, Edwards was offered a temporary contract to the TFC first team, as they prepared for their Amway Canadian Championship final clash with the Vancouver Whitecaps.

In a dream turn of events, Edwards' short-term deal saw him make an 86th minute appearance in the Canadian Championship second-leg final against the Whitecaps. The young midfielder would nearly score on his first touch in that match, and his performance clearly impressed.

Edwards made his full MLS league debut on July 2 against the Seattle Sounders. 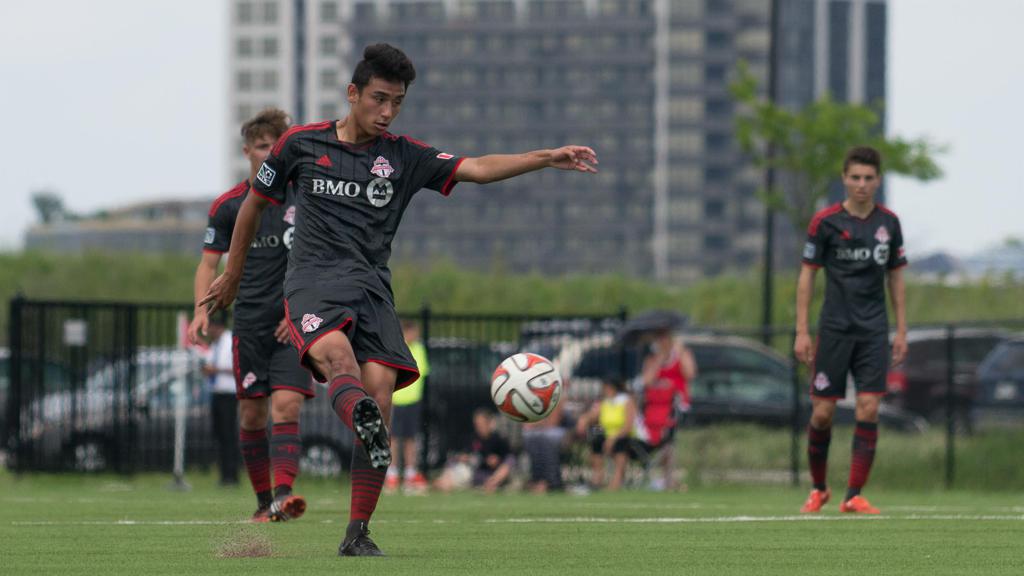 At the other end of the spectrum is current TFC II teammate, and former Toronto FC Academy player, Aidan Daniels.

Daniels first joined the Toronto FC Academy in 2012 from the Richmond Hill Soccer Club, before plying his trade in League1 Ontario during the 2015 season.

A confident, strong and technical central midfielder, Daniels' quickly made an impression in League1 Ontario as a quiet leader in their 10 match unbeaten streak to finish the 2015 campaign.

He joined TFC II on loan from the senior academy team before the start of the 2016 USL season, and the 17-year- old just recently earned a pro contract from TFC II on July 8.

Daniels said he's glad he got a chance in League1 Ontario because it pushed him to earn starting minutes.

"Just being at TFC was a blessing because I was put in a position to be pushed," said Daniels.

Daniels added that many of the attributes of League1 were the players in other teams, many of which have played professionally at clubs around the world.

"It's good because there are ex-pros in that league, and even though they were on a different team, they would still help you out after the game and give you advice," he said.

"Being in that environment throughout the year was very good for me and it helped me push on to the USL," said Daniels. 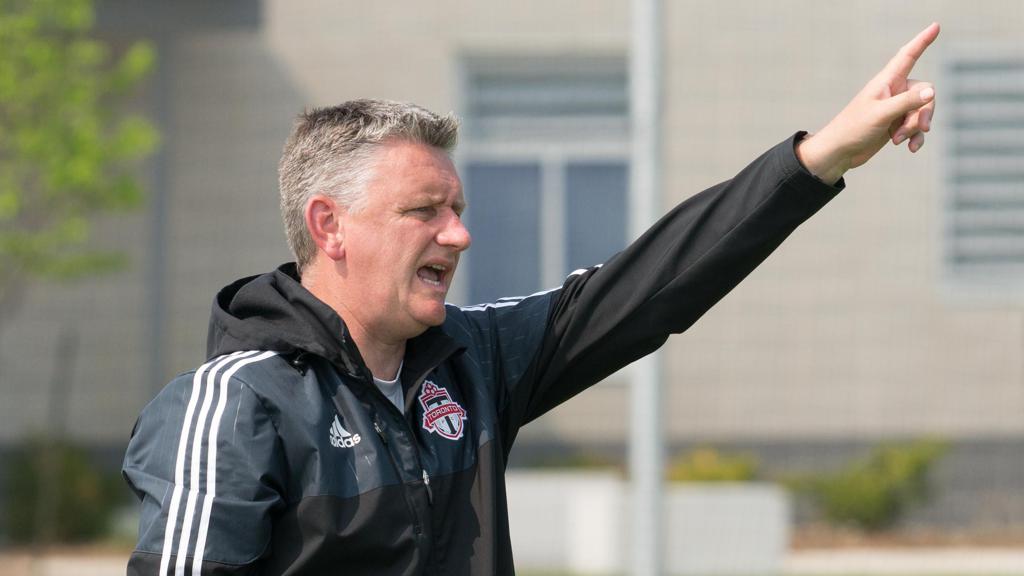 Both TFC fans, League1 supporters, and ardent Canada soccer followers alike will be wondering who the next professionals are to emerge from the TFC Kia Senior Academy team in League1 Ontario. Neely has a few names to watch.

"There are some top players we'd like to push up, and one such player is Rocco Romeo, who has done well enough in League1," said Neely.

"He needs some time to mature and develop aspects of his game, but I think he will get a look at a prolonged period of training before end of year."

"Reshon Phillip, Richie Ennin and Klaidi Cela are another three that have already received USL minutes and will get further opportunities," he added.

"The likes of Dante Campbell, Marko Mandekic and Kota Sakurai are midfielders that will be fighting with a large number of other mids at the moment, but would find a prolonged program at TFC for them as their pathway may take a little longer," he concluded.

"These are all players that will have an opportunity to be seen because they deserve to be seen."