Vaughan Azzurri won their second L1 Cup trophy in one day, as a Kamal Miller (29') header proved to be the winner over Woodbridge in the 2016 Men's L1 Cup double-header final. Miller also claimed MVP honours.

Vaughan women had claimed the Cup earlier that day after a 2-1 win in penalties.

"The chemistry for our team, not just in this year but over the years, was very evident today," said Vaughan head coach, Carmine Isacco.

"I think this victory was the culmination of that. Kamal Miller has been here for seven years, and these guys have all played here for the last three or four years right, so it's important for the club and for the work that we do to see the fruits of our labour." 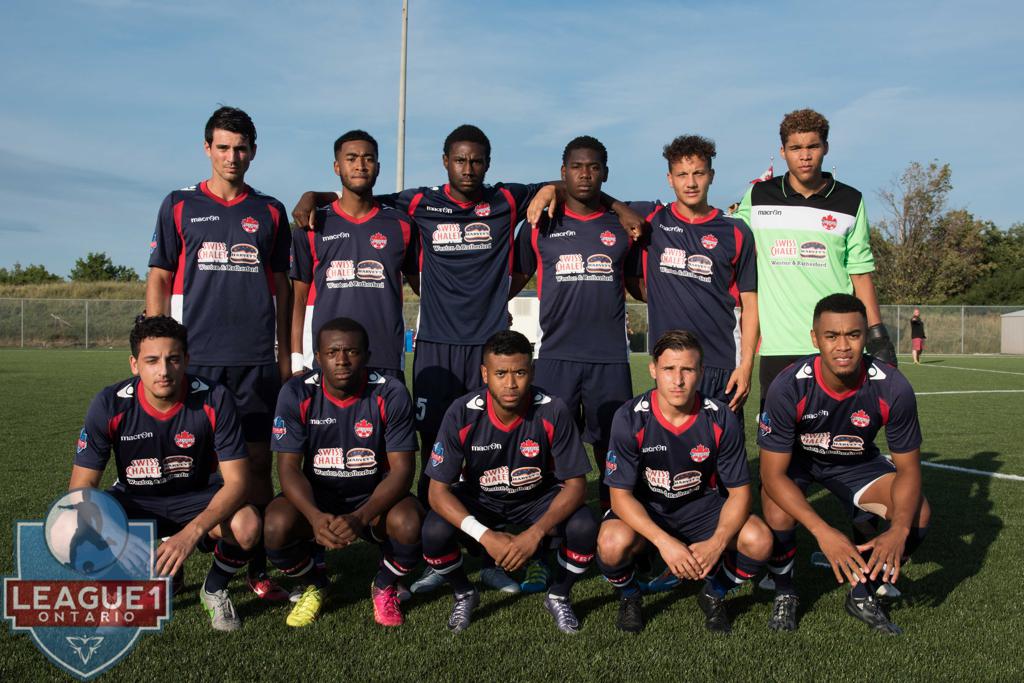 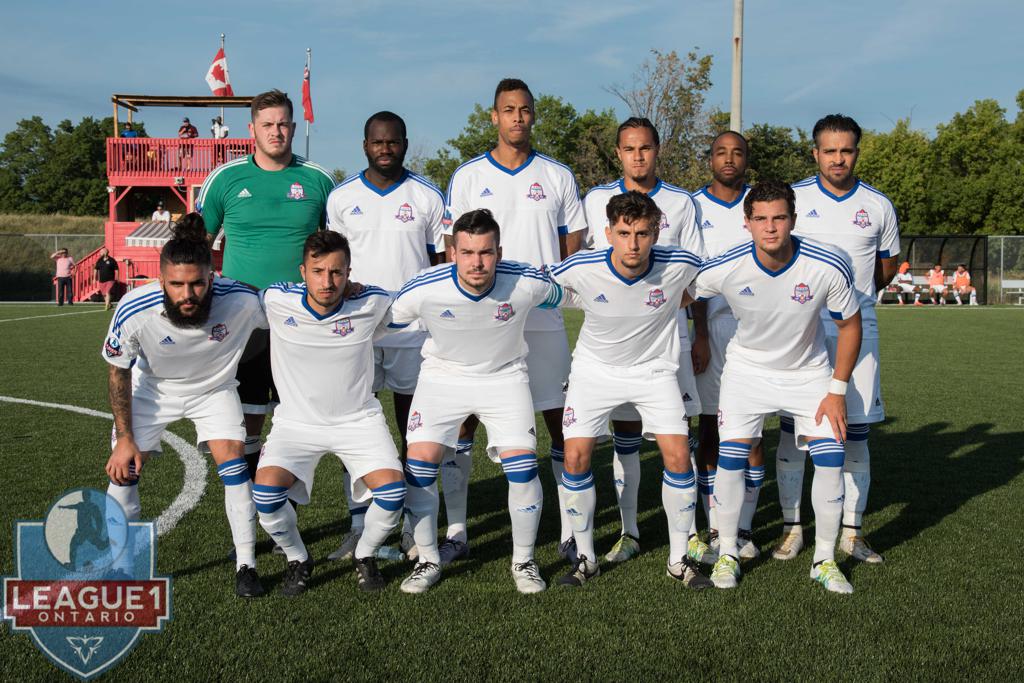 The matchup of the 2015 L1 Cup holders, Woodbridge, against the 2014 L1 Cup champs, Vaughan, was a much anticipated battle in the men's final.

Woodbridge played in a 3-5-2 formation that has become their signature of late, while Vaughan lined out in a familiar and fluid 4-3-3.

After a frenetic opening ten minutes, Vaughan settled in and began to threaten Woodbridge's defensive third in waves. Notable was the work of central midfielder Joseph Di Chiarra, who set a high tempo of distribution for the Azzurri, and seemed to constantly provide an outlet for the Azzurri. Di Chiarra had the first good chance in the match, ringing a low strike from thirty yards off the inside of the post on nine minutes.

Woodbridge's Dylan Carriero also made an impact, creating good attacking runs and laying through some quality balls for the front two of Emmanuel Issac and Tristan Watson in the early going.

Carriero set up Watson for a high-flying bicycle kick attempt inside the box on 11 minutes, but the big striker was just off the mark on the strike.

"I thought we started pretty slow in the first half," said Woodbridge head coach, Peter Pinizzotto. "We couldn't seem to find any rhythm. Second half I thought we dominated, had some good chances but again we always have a tough time scoring goals for whatever reason." 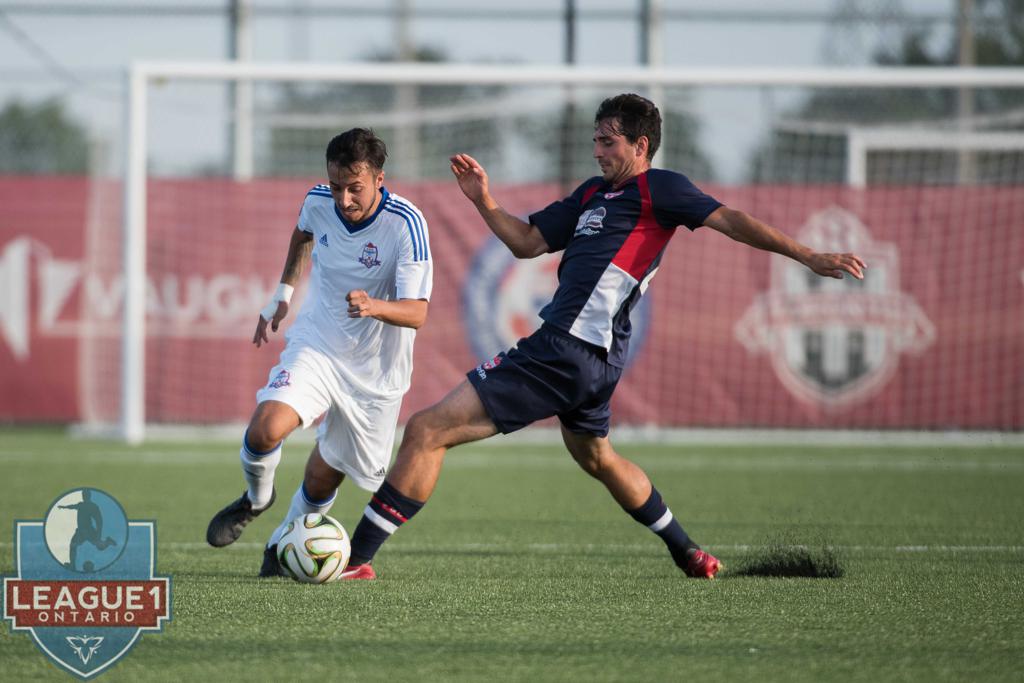 Vaughan then settled into a possession game that Woodbridge struggled to contain. Despite dropping one striker into the midfield zone when off the ball, the Strikers were outmanned in the central midfield as Vaughan's wide forwards and central mids took turns cycling through this area.

With three defenders holding shape at the back, and two wingbacks guarding the flanks for the Strikers, only four players could defend against Vaughan's five men in this zone and it began to pay dividends for the Azzurri mid-way through the first half.

Left back Joseph Amato drove into the Woodbridge defensive third, cut inside and was knocked off the ball just outside the box, leading to a free kick for the Azzurri just before the half-hour. Di Chiarra knocked a perfectly shaped bending ball in towards the back post, and although Strikers' keeper Matt George was able to get hands to it, he could not hold the ball. Miller stole in at back post and deposited the rebound.

Vaughan central forward Jarek Whiteman had two other good chances late in the half, as did Vaughan's rampaging right back Jarred Phillips, but neither could find the right finish to beat George again.

"I think we made things interesting, had we played a little better in the first half it could have been two or three, but [Woodbridge] found a way to keep themselves in the game and they are a dangerous, well-organized team," said Vaughan's Isacco.

"I thought in the end we did what it took to win the game, but I was a little perturbed that we didn't make it more comfortable. They have a good team there, some real difference makers and I thought we dealt with them well." 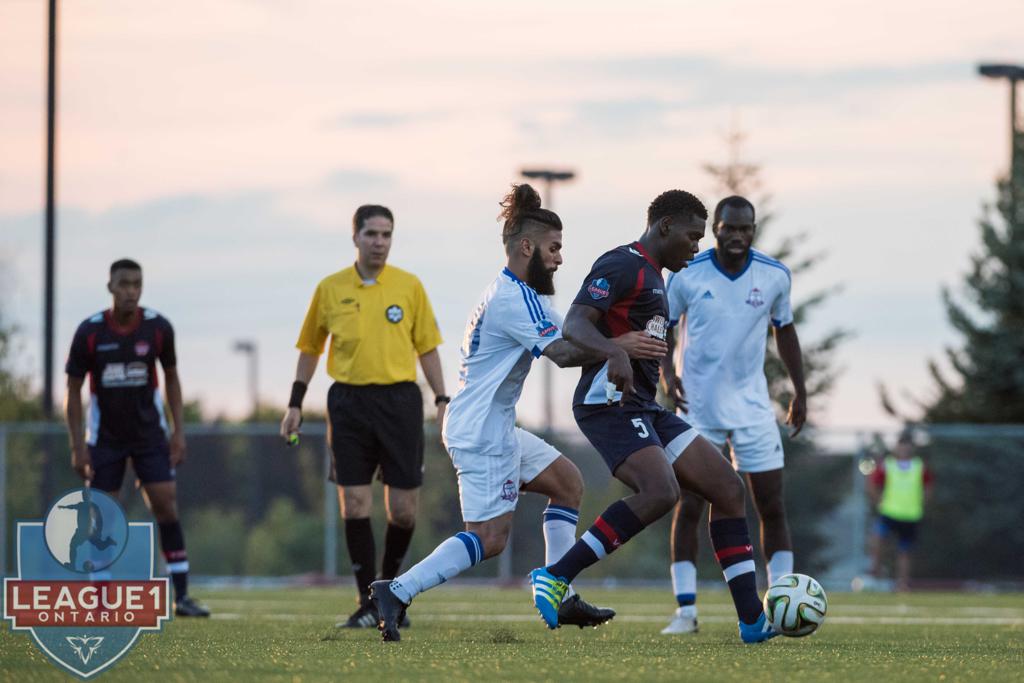 Woodbridge started the second half on the front foot, connecting their passes better and creating more attacking chances immediately. Dylan Bygrave put a shot just off target to commence the half, signalling new intentions from the Strikers.

"I thought at least our guys showed more personality in the second half, and I thought we outplayed them in the second half," said Pinizzotto. "It's unfortunate we couldn't get the tie, but this was a derby between two teams that play good soccer. We had no luck."

Substitutes entering the match for Strikers also made an impression, with Ignazio Muccilli going close with a swerving free kick effort from 20 yards, and then setting up a flicked on header with another tasty free just after the hour. Vaughan's Dayne St. Clair managed to get low and extend a finger to deflect the latter effort. The Strikers' Oscar Cordon also entered the match and began to give Woodbridge better possessive and creative options on the ball.

Still, as the half wore on space emerged for Vaughan to hit on the counter, and substitute Dayonn Harris added speed and goal threat after coming in for Jason Mills. Harris turned his marker in the box, and hit a solid effort low to George's right on 65 minutes, but the netminder was up for the task. 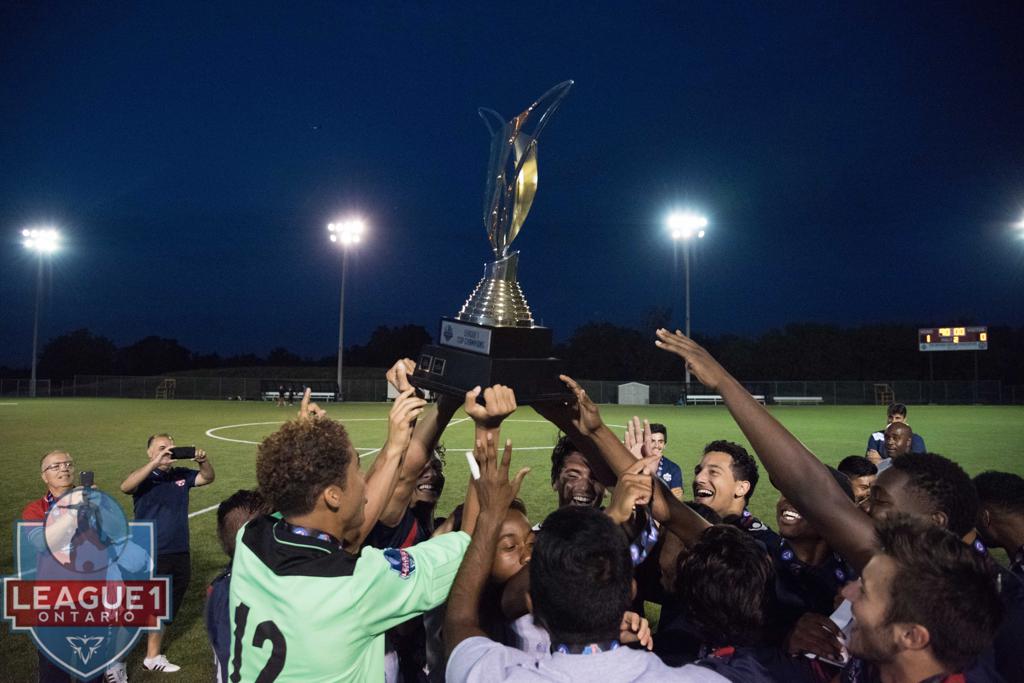 Woodbridge's desperation mounted and with the last kick of the match George went forward into the box for a free kick, which led to a corner kick opportunity for Strikers. The ensuing ball in found a Woodbridge head and set centre-back Cameron Brooks with a free header from four yards out, but the defender caught the bottom of the ball and the last-gasp effort went agonizingly over the bar.

"Peter [Pinizzotto] is an incredible coach and an incredible person," said Isacco. "He coached me and I have a tonne of respect for him."

"[This win is] bittersweet, he's one of my mentors and he's going to be doing this for a long time more so hats off to him and the program that they have there." 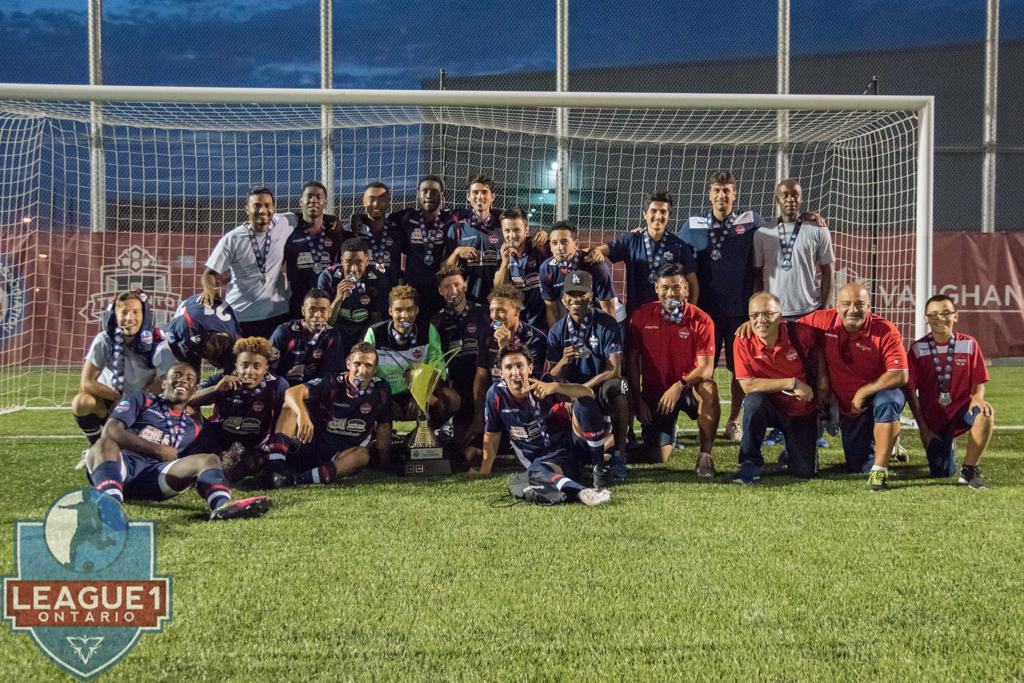