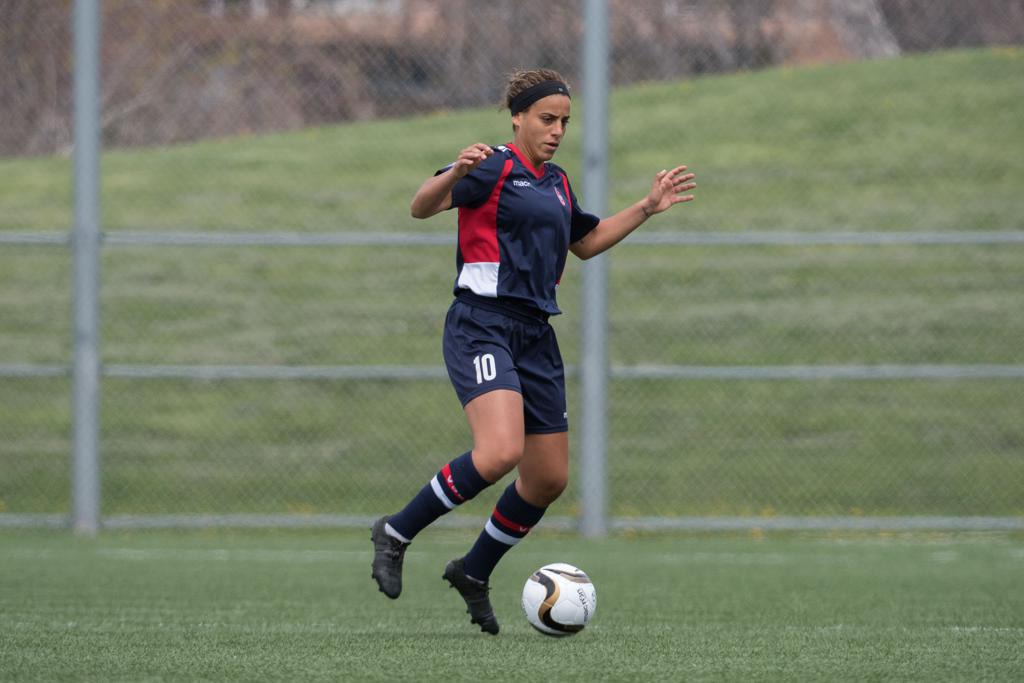 Nour Ghoneim (53', 90 + 2') led the Vaughan Azzurri to a 3-0 win over Sanjaxx Lions, with teammate Courtney Douglas (69') adding a single and keeper Taylor Grant sealing the deal with a clean sheet.

"We had a decent game, I'm glad that we got the early goal in the second half as that was exactly what we needed after a lacklustre first half and missing a good opportunity just at the end of it," said Vaughan assistant coach, Sergio De Luca.

Sanjaxx assistant coach Jalen Simms pointed to some positional errors, and a late dip in concentration as the reason for the Lions demise.

"As a unit, I think we didn't really play in unison," she said. "I think our strikers were detached from our midfielders and our defenders. We left a big hole in the middle of the field, which is where they were able to dominate and get through us."

"I think we did very well in the first half to hold them to zero zero, but we let it down in the second half and that's what caused the goals."

De Luca felt his team initially struggled to find their groove, but was ultimately proud of Ghoneim's two goal night.

"Going forward, I think we need to be a bit better in our possession phase and be a little more clinical in front of goal," he said.

"I think we were rushing things and playing the ball too soon instead of being patient in possession. In the second half the idea was to try and get them turned, and get forward earlier if we could and if not then to keep possession and try and find a gap in their defence before they were set."

"I think Nour had a decent game," he concluded. "I think she did well and when I dropped her back a little bit, she got on the ball quite a bit more and looked more dangerous."

"Of course any time a player scores two goals in a game it is always good for them and their confidence."