In a match characterized by high winds and exceptionally oppressive heat, Leaford Allen (45') got the lone marker to separate Sigma FC from FC London - both on the score sheet, and in the standings - as Sigma took over ownership of the claim to the best overall record in the league.

Much of the match was fought in the midfield, and with both sides demonstrating well-organized defensive shape on the day, the ball rarely emerged for long from the central third.

"I think in general we've done a much better job this year with collective defending as a team," said Sigma FC head coach, Bobby Smyrniotis.

"We've traditionally been a team that goes forward and tries to score goals. This year we've tried to shore up the back end with some tactical adjustments and reading the opponent a bit better and getting the info to the team."

"I think it translated well today, especially with neutralizing them getting in behind our backline - I don't think they had many opportunities from that aspect." 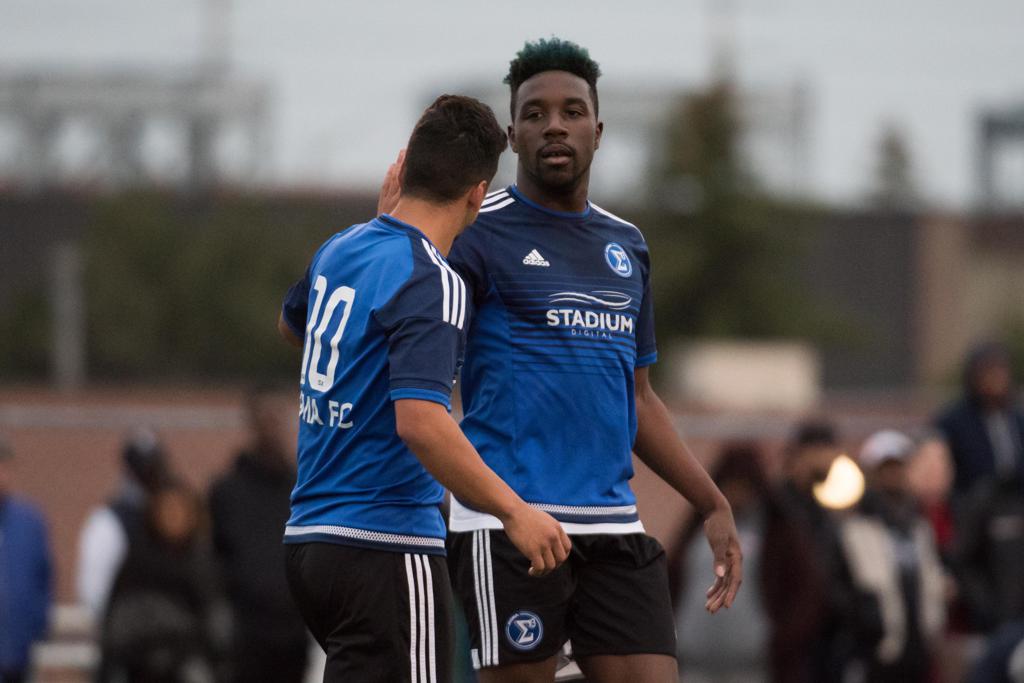 Occasional moments of brilliance did occur, which was expected by all in attendance in this battle between the two top teams in the Western Conference and the only two sides to have earned maximum points from their first six league matches.

Sigma found their few openings when Alex Halis, Marcel Zajac, Chris Nanco or, later, Kadell Thomas would make driving runs at the London back line. A good chance from the foot of Halis midway through the first half was saved at point black by London GK Anthony Sokalaski.

But the top scorer in the league was not to be denied for long, and late in the first half, Leaford Allen found himself unmarked at the back post and able to profit from a lovely square pass from Nanco that he banged in over the sprawling Sokalaski. 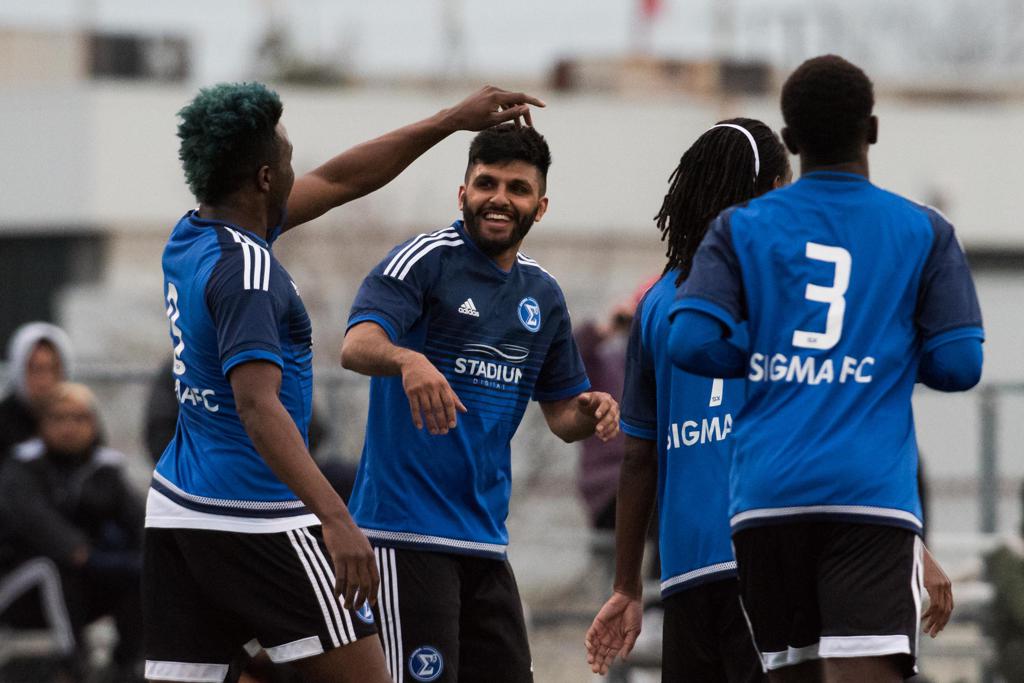 Both teams had great difficulty with the conditions, with the ball proving acutely difficult to settle.

"I'm a little surprised today by the conditions today. It was like playing on a ping pong table in a wind storm," said London assistant coach, Phillip Millar.

"The turf was extremely bouncy and it made it difficult to play our game, which is a finesse and control game, but they were facing the same conditions and came out on top. It was a matter of keeping the ball under control and on the ground. Every pass seemed to bounce up to knee high."

"I expect a very different match when we can get back to our pitch in London and can play our game."

In the latter stages, London got the bit between their teeth only to see an equalizing goal called back for offside.

With the win, Sigma keep their perfect record in league play alive and move to top spot in the Western Conference. They will look to extend their run of good form when they visit Sheppard's Bush in Aurora on June 18 (7 p.m.) to take on Aurora United F.C.

FC London will want to rebound quickly, and will return to the friendly confines of London's German Canadian Club (aka "The Cove") where they will play host to  Woodbridge Strikers - one of the top teams in the Eastern Conference - on Friday June 17 (7:30 p.m.).